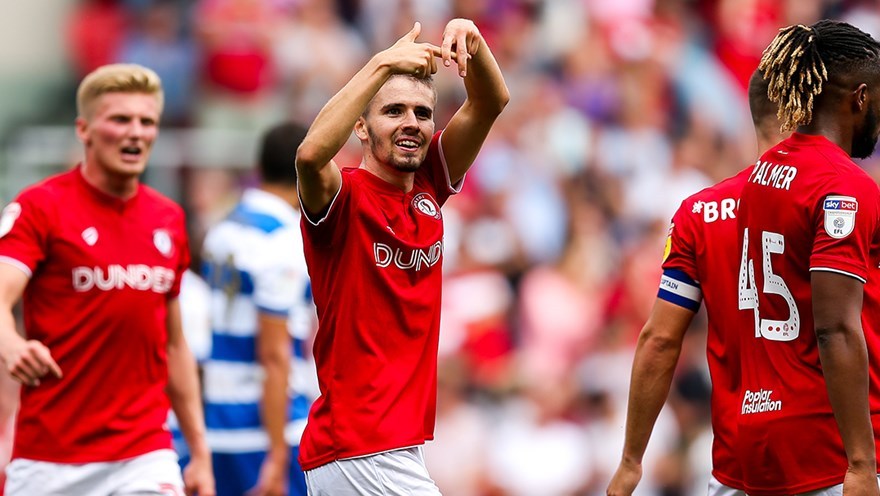 Bristol City fans were in fine voice on Saturday afternoon as they watched their team beat QPR 2-0 at Ashton Gate Stadium with both goals scored by home debutants, Ádäm Nagy and Benik Afobe.

This was the second time in only four days that these two teams had played each other, but the starting lineups on Saturday afternoon were very different from Loftus Road midweek, where a younger City lost on penalties after drawing 3-3 after 90 minutes. 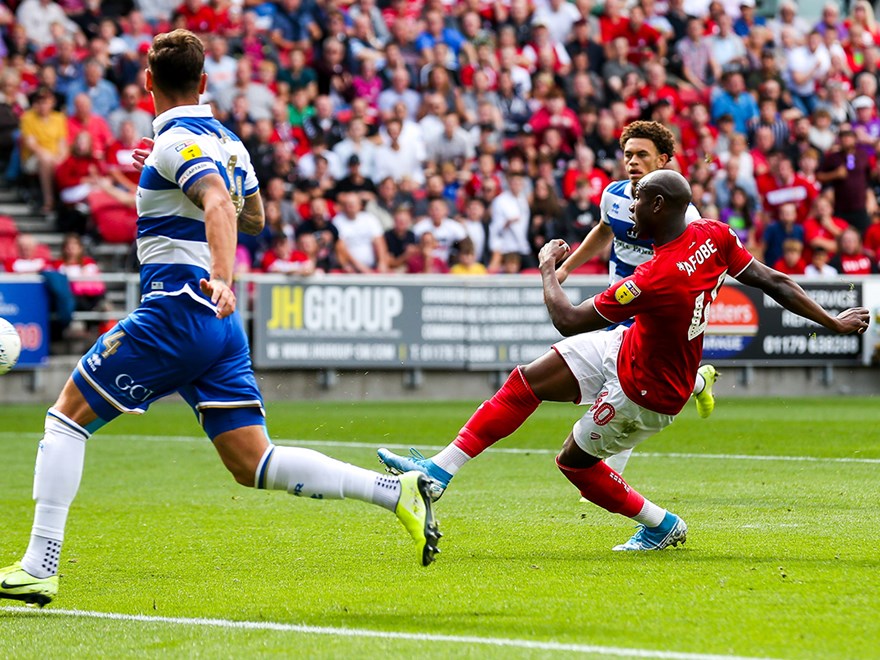 Benik Afobe scores to make it 2-0

The 2-0 scoreline in this game somewhat flattered City – who for long periods were chasing the ball. But they registered their first win of the season, which lifted Lee Johnson’s men up to 10th in the Championship.

Both goals came against the run of play in either half. The first was thanks to a sweetly struck volley by Nagy from just inside the area which was directed low and hard into the bottom-right corner.

The second came from a horrible miss-kick by QPR keeper Joe Lumley which Andreas Weimann managed to pull back with an overhead kick into the path of Stoke City loanee Afobe who smashed it into the back of the net.

It came only minutes after Lumley’s counterpart in the City goal, Daniel Bentley, had just got his gloves on a close-range header from Jordan Hugill, tipping the ball over the bar. 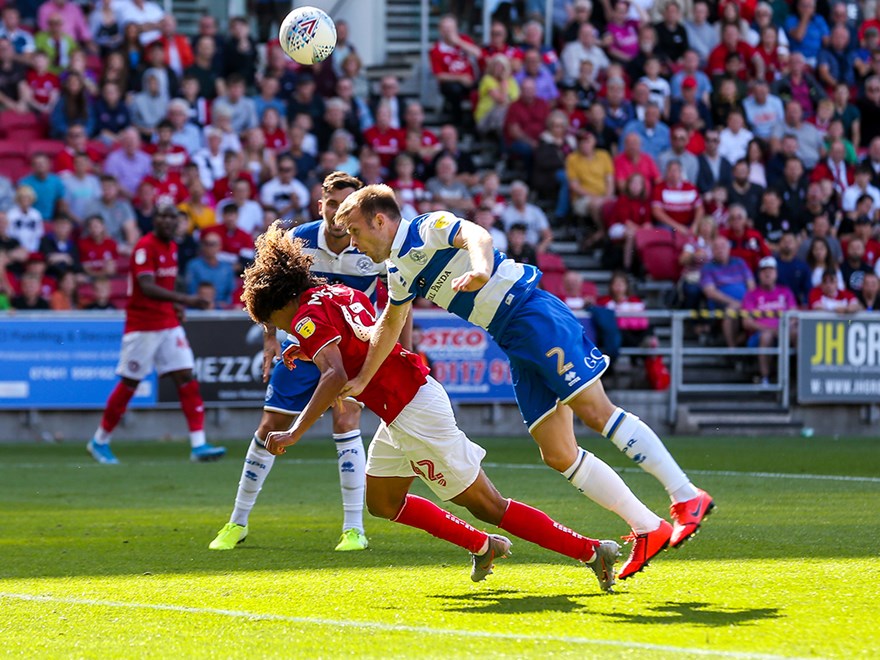 As the final whistle blew, many City fans were singing the name of Han-Noah Massengo who was introduced at the start of the second half for his home debut and had a lively 45 minutes.

The 18-year-old Frenchman, signed from Monaco over the summer break, had three good chances to score in front of the South Stand, but just couldn’t connect with one diving header, had another deflected just wide and a shot saved by Lumley.