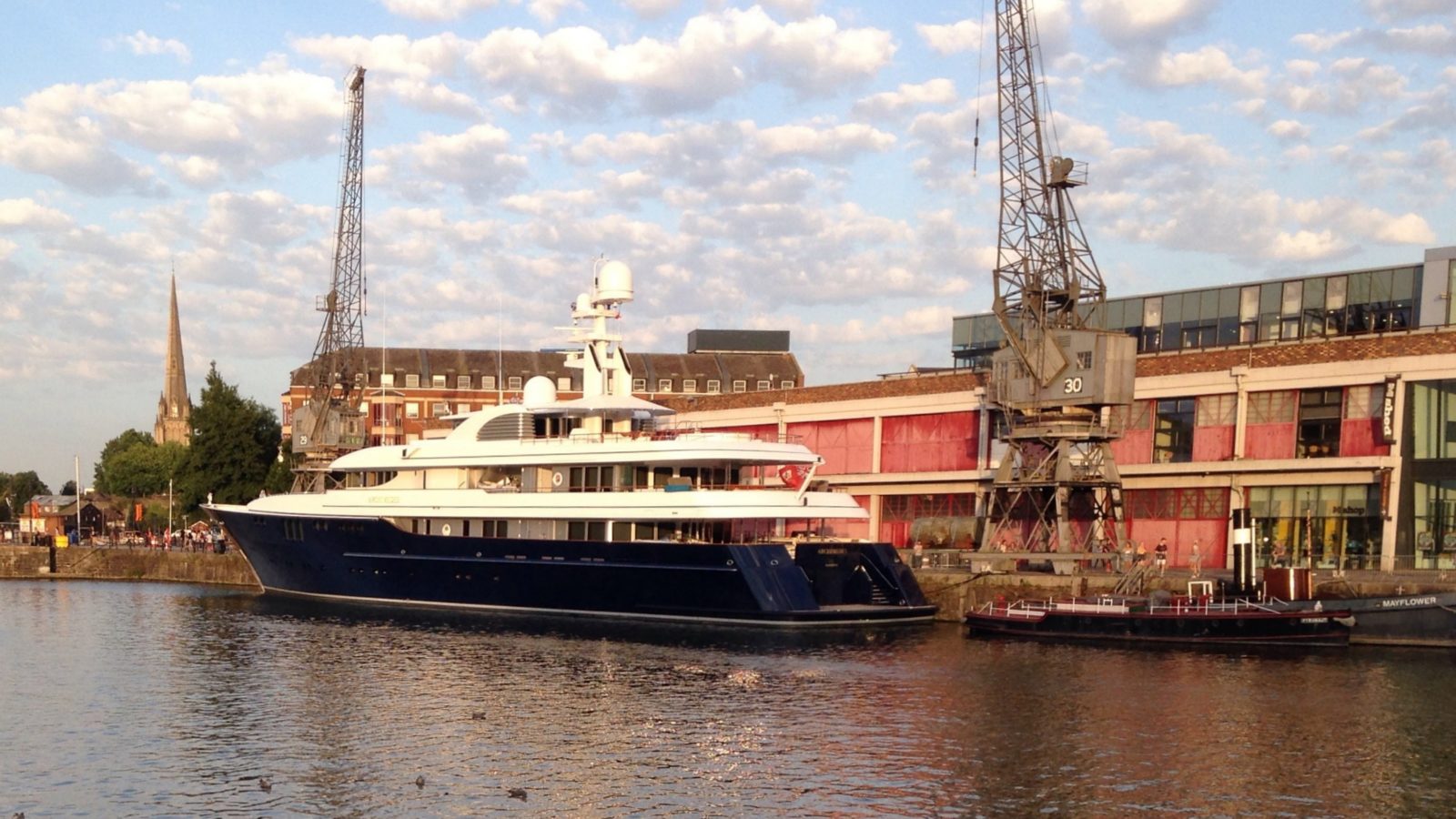 I like big boats and I cannot lie. On Sunday, a massive superyacht arrived in the harbour. Everyone lost their shit. The cider-sipping leg-swingers on the Arnolfini wall gazed in awe as the most obnoxious display of gratuitous wealth seen in Bristol this century snuck its way in alongside the M Shed. (It’s worth mentioning that this boat is the only thing that can make the M Shed look like an actual shed.)

Twitter fluttered with giddy chatter. Whose is it? Why is it here?! I hope they’re single!!! Squeeeee! Even the Harbour Office, better known for their use of the iron fist, gave a coquettish finger wave instead.

The boat is called Archimedes and is owned by a billionaire named Jim Simons. In the local press the forelock-tuggin, cap-doffing use of Mr Simons was quickly established as his appropriate address, like a well-heeled, white-toothed visitor to Downton Abbey.

Archimedes, perhaps the most skilful mathematician and physicist of all time, famously said: “Give me a place to stand on and I will move the earth,” when explaining how levers work more than 2,000 years ago. Jim Simons, perhaps the least skilful, famously said: “I like big round numbers. The papers call me the $100bn guy,” when explaining his affinity to big round numbers over 13 years ago.

He made his billions running a hedge fund, using algorithms he developed in the 1970s while working as a code breaker in the Cold War to form complex mathematical equations that could be used to exploit the financial sector. His company, the secretive $50bn computer-powered hedge fund Renaissance Technologies, was the hugely successful result.

Archimedes changed the course of mankind, lifting the veil on the mechanics of the universe and paving the way for innumerable advances that have allowed the human project to survive and flourish. Conversely, Simons has used his intelligence and mathematical prowess, not to make the world a better place, but to shore up immense personal wealth. In their Paradise Papers report, The Guardian discovered he had spent decades building a hidden offshore fortune of more than $8bn in the tax haven of Bermuda. 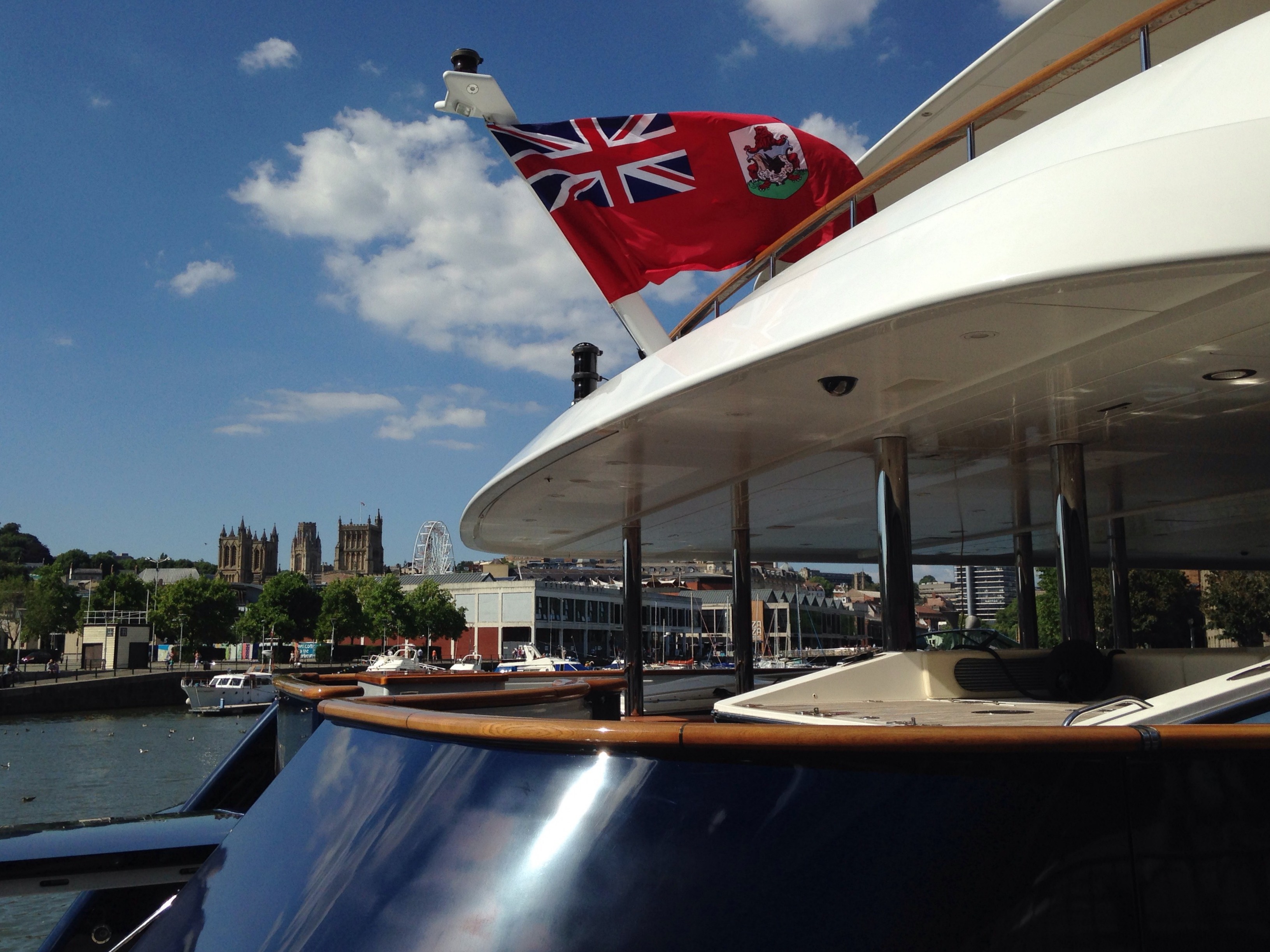 The Archimedes flying the flag of Bermuda, where James Simons built up an $8bn private wealth tax haven fund and tried to keep it hidden from public

Jim basically got obscenely rich by writing a computer program. But unlike HTML or the Monkey Island games, which enriched the lives of millions, he wrote a program which not only took financial trading into the quantum realm but played a part in the 2008 financial crisis: the most perilous economic collapse of this generation. One that the people of this city, alongside millions of others, will be paying for the rest of their lives, and probably their children’s too.

But hey! Look at the fucking size of it! Imagine what the cabins are like! I bet they have a cinema in the sauna! Ha! I’ve never seen a boat as big as that! I bet it has jet skis in the hull! Hahaha!! I can’t pay my rent! My neighbours are using foodbanks! HAHA. My wife’s a nurse at the BRI and we can’t afford to live in the city! Hahahahahahahaaa.

This boat is a shame symbol. The owner should keep it hidden on a secret lagoon on one of his private islands. Be a shame if something happened to it, wouldn’t it? Something for Jim to remember Bristol by, other than local dignitaries fawning over his wealth. To paraphrase Frank Vincent’s character in Goodfellas: “Hey Banksy, go home and get your fuckin paintbox.”