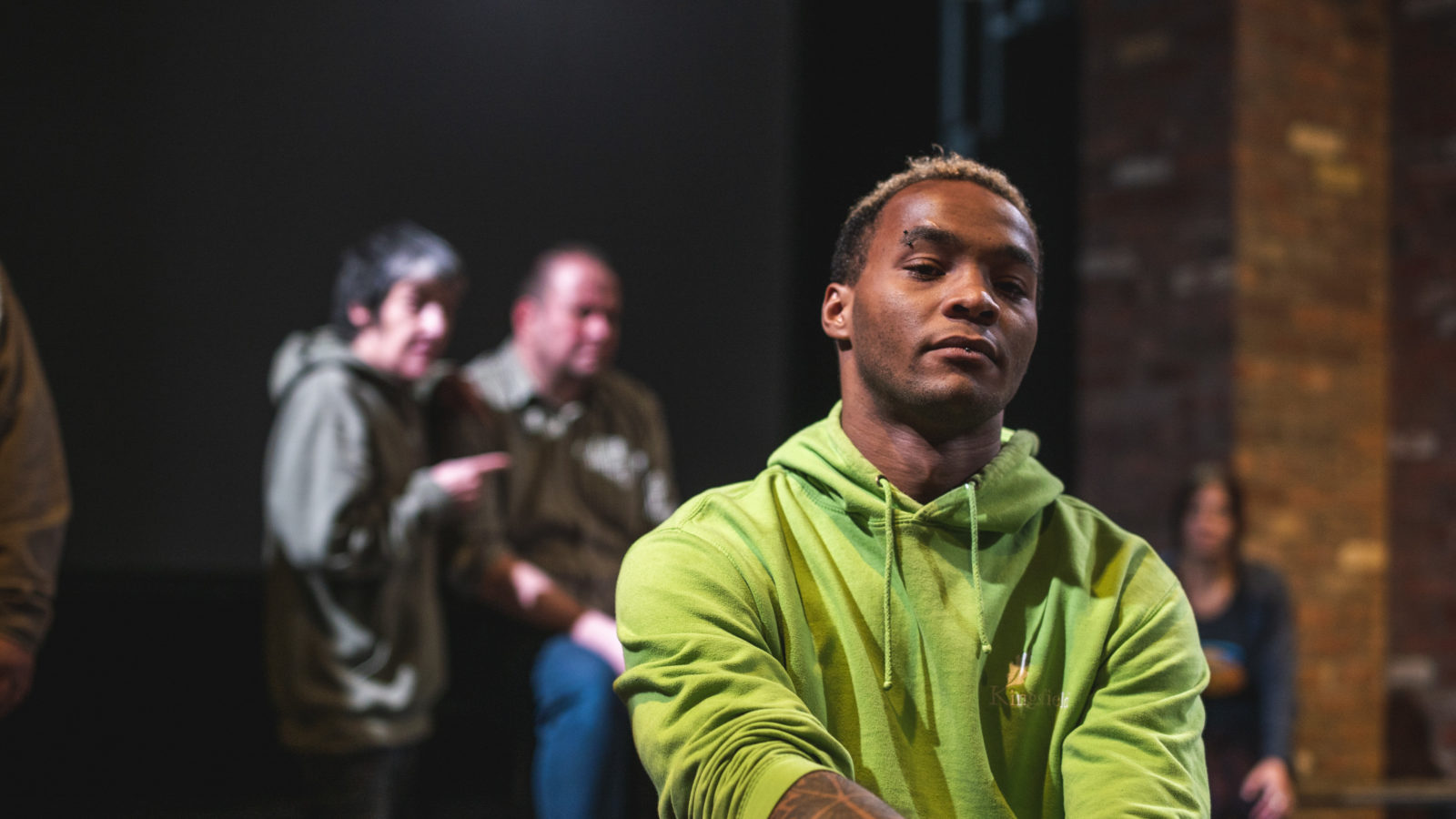 It’s clear that homelessness is an issue that people in Bristol really care about, and there are some fantastic initiatives that are making a difference; our headline story about Arnolfini allowing homeless people to use their address to vote recently became our most-read story of 2019.

But while people care about the issue, our community often tells us that they don’t know what actions they can take to help.

In 2019 we supported the first ever Cardboard Camp – a project that gives people with lived experience of homelessness the opportunity to share their stories through the arts, and help change policy.

Alex, Chris and Osei all took part in the project that culminated in a performance at Bristol Old Vic. We teamed up with Studio Giggle to capture their stories on film so that they would reach more people.

Here they speak candidly about their experiences of homelessness in Bristol, and what they feel needs to happen to tackle the issue (please be aware that there is some bad language used in this film).

The Cardboard Camp performance was followed by a group discussion on actions that need to be taken to improve the lives of those who are experiencing homelessness in this city. Three key policy changes were documented on the night:

The council are due to respond to these suggestions by the end of January. But in the meantime what actions can everyone else take? Here’s six actions you can take now to help tackle homelessness in Bristol.

1. Buy a ticket for Belly Laughs: This series of comedy gigs organised by local comedian Mark Olver will be held at bars and restaurants across Bristol in January 2020 to raise money for The Julian Trust.

2. Talk to a homeless person: This action was suggested by Cardboard Citizens (the charity behind the Cardboard Camp project) as part of their Citizen’s Do campaign. The campaign gave people actions they could do to support people affected by homelessness. This action was suggested by people who had slept on the street because they said they felt people talking to them would help them feel less invisible and worthless. Street Support offer advice on how to have a conversation with a homeless person here.

4. Donate using TAP for Bristol: ‘You’ll find TAP donation points located in the windows of businesses and on contactless devices in offices and cafes across the city centre, allowing you to make a simple and secure donation of £3 per tap using your contactless credit or debit card.

5. Volunteer with Help Bristol’s Homeless: This local charity is run by volunteers and is in currently in much need of project support, help with their emergency bus shelter, and office support. You will volunteer with other like-minded individuals while also making a visible difference to the lives of Bristol’s homeless.

Read more: Telling the story of homelessness in Bristol