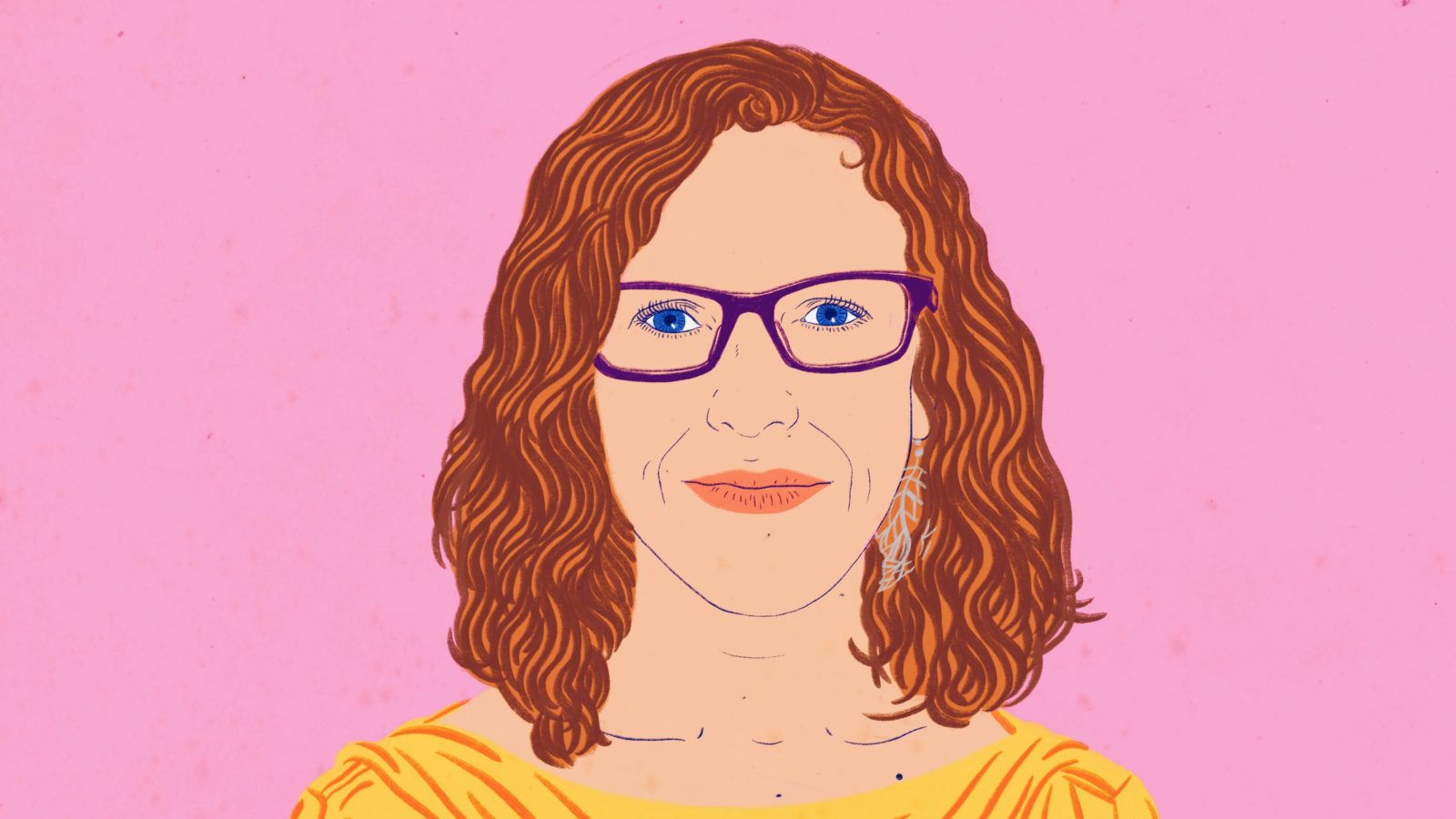 Verity McIntosh has always been a trailblazer. When she enrolled at the University of Bristol in 2000 to study drama and Spanish, she was the only undergraduate student in her entire year to have chosen that combination of subjects.

Her four-year degree course took her on a year abroad to Vic, a town near Barcelona, and brought her back to the UK increasingly convinced that her dreams of treading the boards would be more suited to helping others best fulfill their own talents.

Verity lives in Totterdown with her husband Matt and two-and-a-half-year daughter Imelda, and was running a bit late for our interview in the Bristol Old Vic’s 1766 Bar & Kitchen after dropping Imelda off at nursery and having to rely on First Bus to make it into town.

After our breakfast had finished, I recommended to her to have a play with an augmented reality app that visitors can use on iPads borrowed from the Old Vic’s reception. The app takes you back in time through the theatre’s history through ‘portals’ in the present day and is just one example of how this still experimental technology is becoming increasingly utilised in a number of innovative ways.

Augmented reality is a close cousin of virtual reality, which thanks to her time spent working as a producer at Watershed’s Pervasive Media Studio and later at the Bristol VR Lab on Anchor Square, is a field in which Verity has become a leading authority. She has most recently become senior lecturer in virtual & extended realities at UWE Bristol and programme lead for their new Master’s course. 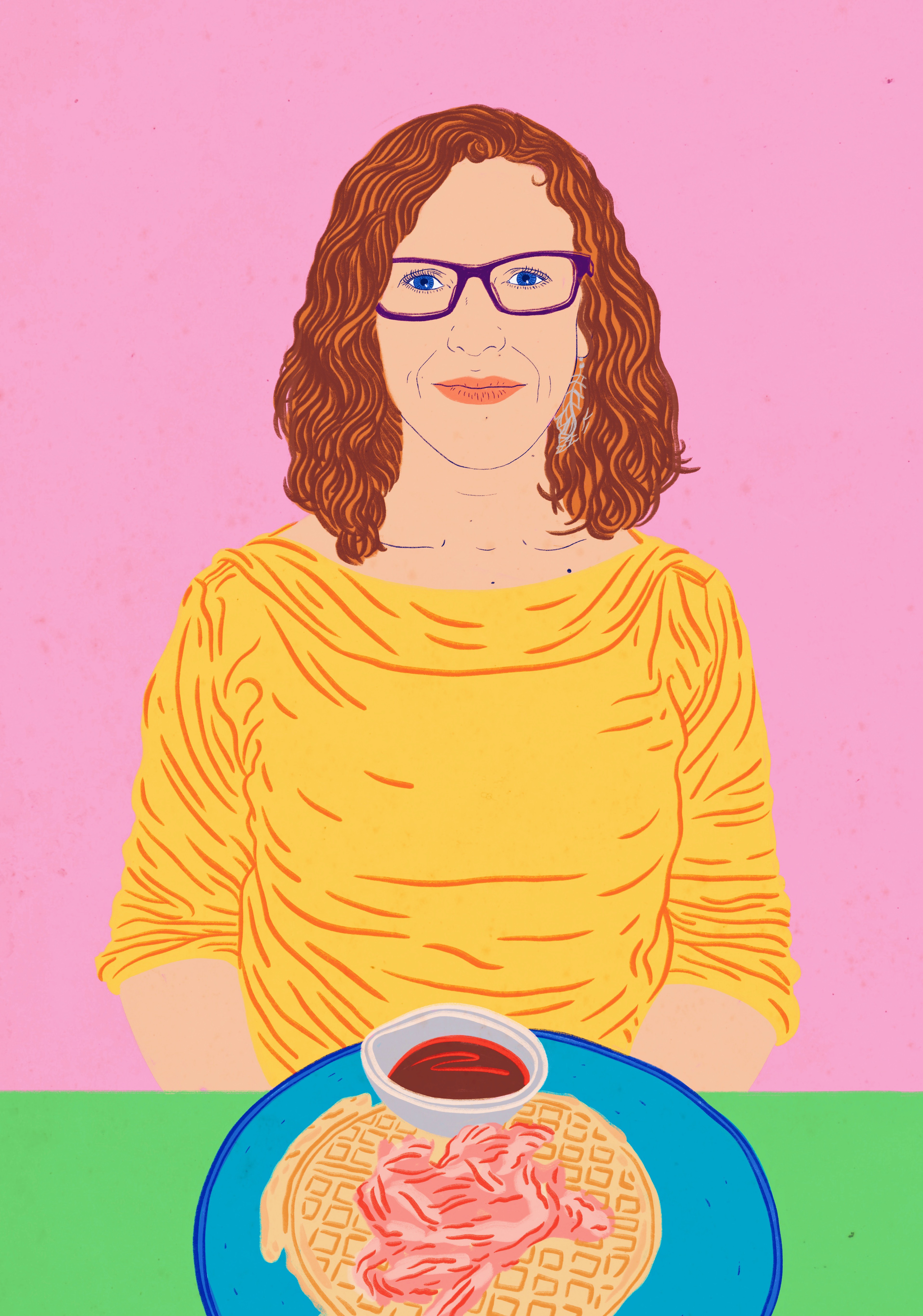 After initially contemplating a pastry, Verity and I (full disclosure: many moons ago we were once colleagues at South West Screen, the former regional screen agency) both ordered waffles with bacon and syrup as the morning sun streamed into the theatre’s glorious new foyer.

A few weeks after our chat, Andy Serkis and his team at Imaginarium would be here testing out a virtual reality meets augmented reality motion captured experience of The Grinning Man experienced through headsets. It’s just one example of the creative possibilities of VR which so excites Verity.

“What I’m interested in is how do we use the ordinances of this medium,” she ponders between bites of her waffle.

The VR master’s degree at UWE has taken the medium firmly out of research labs into a more accessible programme. It’s very much an industry-led course, both theoretical and hands-on; and is one in which Verity and her team are moulding as it continues.

Students don’t need to have any technical skills coming in, Verity explains. “We will teach you that to a certain extent. But what you bring: this valuable experience as a storyteller, as a filmmaker, as a radio producer, as an educationalist, as a person who has been exploring what wildlife photography might look like. This is the kind of stuff that’s really useful to this course because they can bring that breadth of knowledge into this new space and ask really good questions of it.”

Long red curls of hair bounce on Verity’s head as she speaks rapidly about a subject so close to her heart, somehow managing also to eat and drink as she continues to talk so eloquently. (“I come from quite a big, very chatty family. If you don’t talk with you mouthful, then you don’t get to talk.”)

“At UWE we deliberately curated a community of difference. That’s my happy place… There’s a sort of a sense that because this movement in VR is only four, five, six years old at most, literally no one in this industry is an expert and that’s a really freeing space.

“So it’s okay to only know some stuff coming in and then you learn from each other; you learn from the process. You figure stuff out by doing it and failing fast, and figuring things out again. The culture is very much one of that we’re in it together. Let’s make this moment count.”