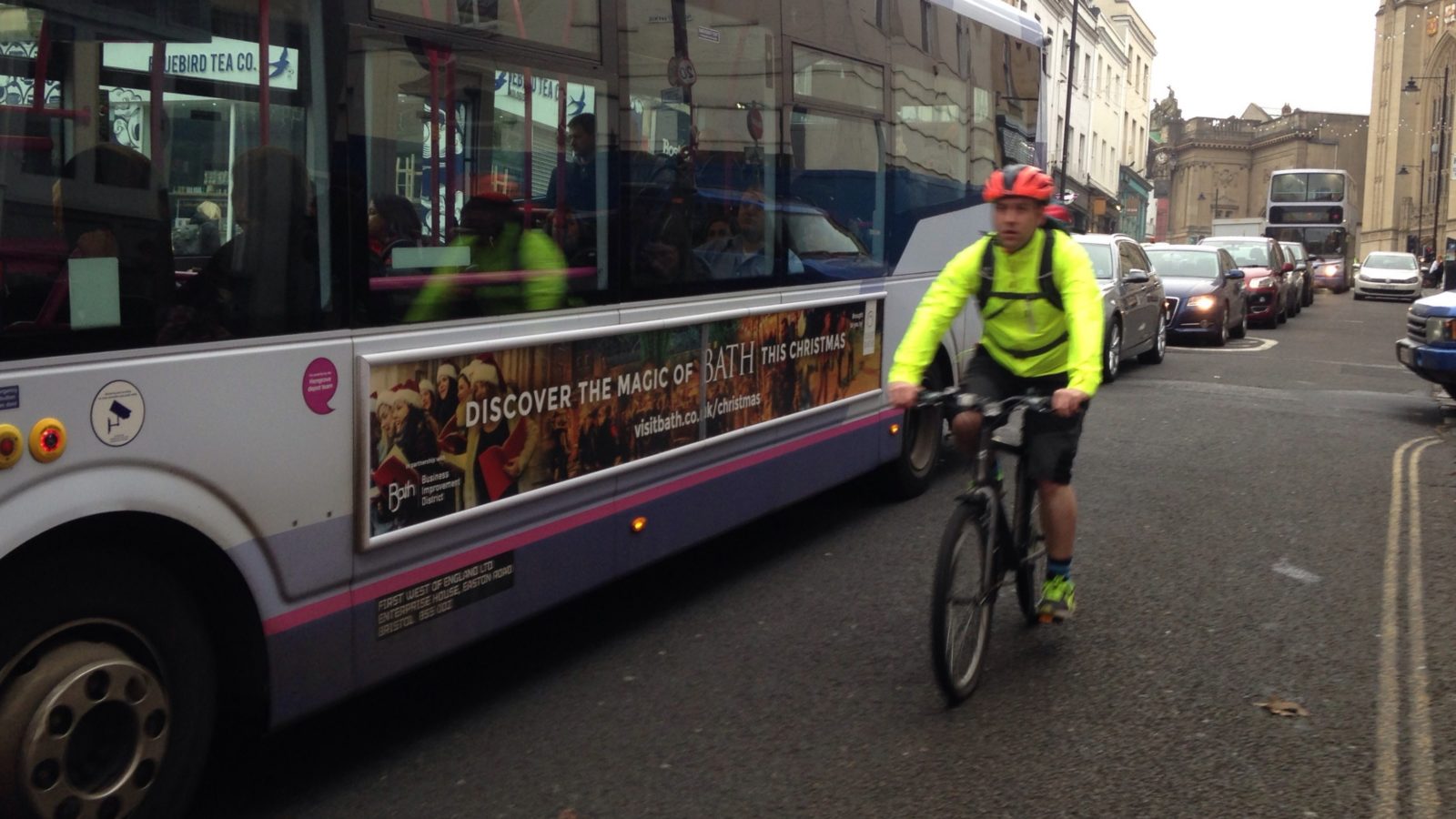 Transport emissions must be reduced by nearly 90 per cent in order to achieve Bristol’s 2030 target of being carbon neutral, according to new research by the University of Bristol.

Car journeys must be reduced by 31 per cent and at least 55 per cent of journeys will need to be made on foot of by bike in order to hit the carbon neutrality target within ten years.

The target to make Bristol carbon neutral by 2030 was announced in response to Bristol City Council’s climate emergency declaration in 2019.

In response, he city’s Sustainable Transport Network recommended significant changes to the way that people get around of the city.

However, research conducted by postgraduate students at the University of Bristol found that emissions still need to be reduced by 88 per cent to hit the carbon neutrality target by the end of the decade.

The students found that recommendations set out by the Sustainable Transport Network would not be enough to reduce emissions by 88 per cent, which said that, out of all journeys made in Bristol, at least 40 per cent need to be made by active travel, 20 per cent by public transport and at most 30 per cent by car. 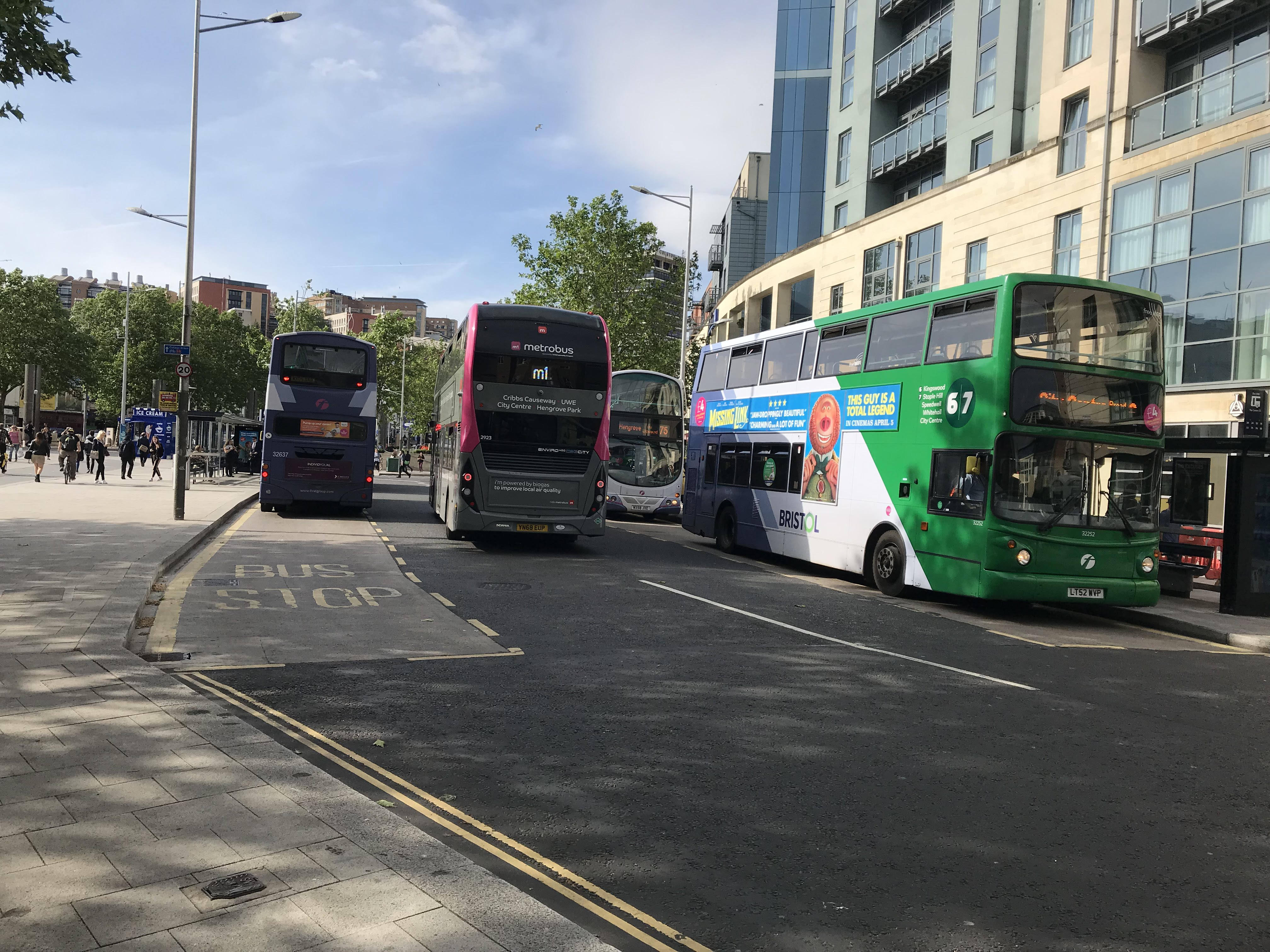 More journeys must be undertake by public transport of on foot or bike to reach carbon neutrality by 2030. Photo: Ellie Pipe

However, the new research conducted by the University of Bristol students found that the shift in transport use would need to be more extreme, with 25 per cent by public transport, 55 per cent by active travel and, at most, 20 per cent by car.

In order to achieve the report’s proposed transport targets, walking and cycling must be made more accessible and should be prioritised, the students said.

This will, according to the new report, have a positive impact on disincentivizing drivers, alongside Bristol’s proposed Clean Air Zone plans which are set to come into force in 2021.

The amount of congestion in Bristol is three times the national average and emissions from the transport sector remain the largest in the city at 32 per cent. More than half of people still prefer to drive by car to get around the city. 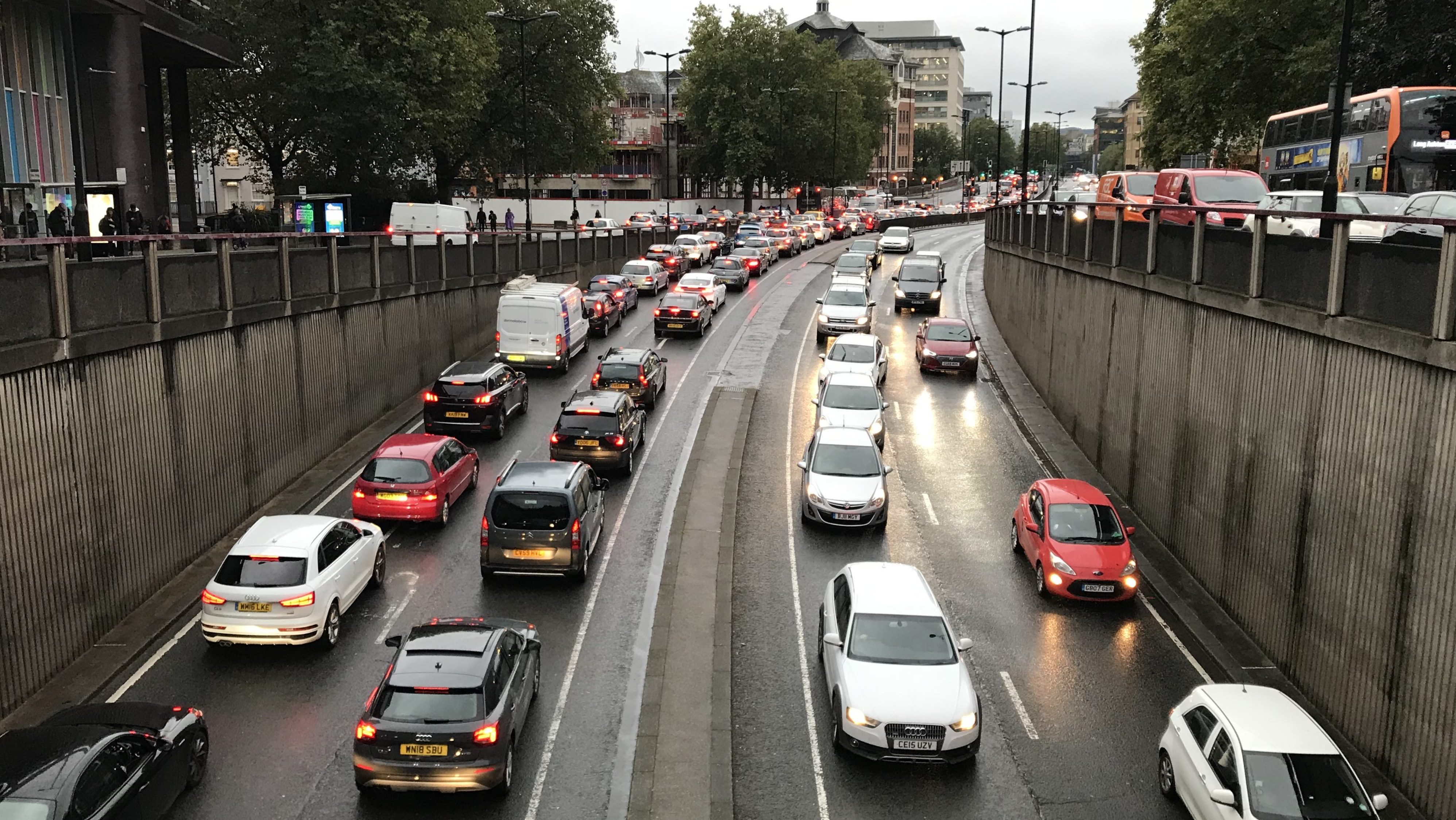 More than half of people still prefer to navigate the city by car. Photo: Martin Booth

“Clearly, the report shows we have a lot of work to do as a city if we are going to meet the ambitious target of being carbon neutral by 2030,” says Alan Morris, chair of the Sustainable Transport Network.

“We are passionate about making Bristol a clean, environment-friendly city with inclusive access to active and public transport, but we can’t do that without more protected road space for buses, cyclists and pedestrians, and other strong measures which reduce people’s reliance on cars.”