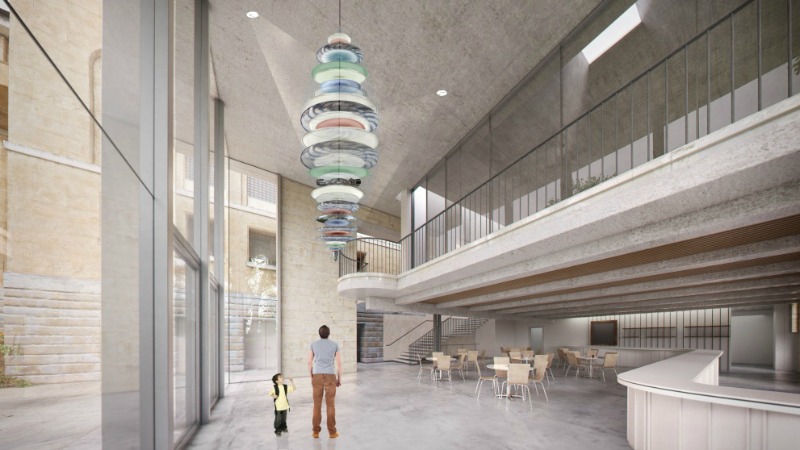 St George’s is launching one of the UK’s largest ever crowdfunding campaigns in the arts sector.

The appeal to raise £200,000 is part of the push to raise the £500,000 still needed towards the cost of a new multi-million pound two-storey extension project.

This includes a new entrance, multi-purpose spaces for performances, education workshops and venue hire, as well as a cafe-bar and improved step-free access.

St George’s Bristol was built between 1821 and 1823 in the Greek Revival style by eminent architect Sir Robert Smirke, who also built the British Museum. It was a ‘Waterloo Church’, the only one in Bristol to receive government money under the Church Building Act of 1818. It is a Grade II* Listed building, and has been a music venue for 40 years.

Rewards featured in the crowdfunding appeal include a chance to win a golden ticket for St George’s programmed concerts, donors’ names engraved on chairs and VIP packages.

St George’s chief executive Suzanne Rolt said: “We have embarked on our biggest adventure to date, building a sound future for St George’s.

“Our plans are bold and exciting and will totally transform the way people think of St George’s and use the venue.

“We are calling on the people of Bristol, and music lovers everywhere, to join in our first crowdfunding appeal.”

St George’s head of fundraising and development Simon Farley added: “We would like to thank everyone who has already given their support, and hope that the city’s biggest arts crowdfunding appeal to date will really captures people’s imaginations and hearts.”

For more information about the campaign and to donate, visit www.fundsurfer.com/stgeorges