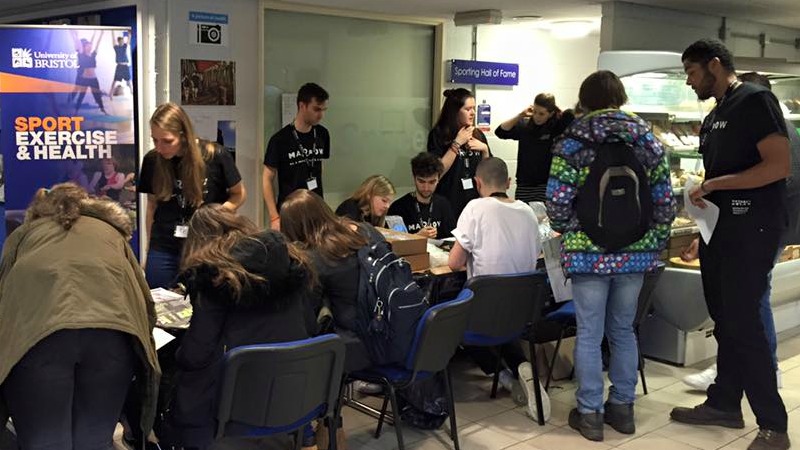 Give a spit and save a life. That’s the message behind a campaign inspired by the rare illness of a 24-year-old Bristol University graduate.

Bristol Marrow, a student-run charity in association with the national charity Anthony Nolan have been at Bristol University carrying out a campaign drive to broaden and diversify the public stem cell registries.

The drive is focused around the viral #Match4Lara campaign which was started by the family of Lara Casalotti, who was diagnosed with Acute Myeloid Leukemia in December 2015.

Due to her Thai/Italian heritage she has a rare tissue type and has struggled to find a donor. 80 per cent of people with conditions like Lara’s who are from non-white backgrounds will not find a match. Lara and her family have since recognised the need to diversity and expand the existing registries and so launched the Match 4 Lara campaign.

The campaign has been very successful so far with UK registers witnessing 8,000 new sign ups since the Match 4 Lara began.

I raised the Match4Lara campaign with the Prime Minister today #match4Lara

At Bristol University the student population responded very positively to the cause at a campaign drive this week, with hundreds of samples collected.

The campaign has been travelling across the country with marrow clinic sign-up events taking place in Oxford, Cambridge and London.

The campaign also hopes to dispel some of the myths surrounding stem cell and bone marrow donations. They explain how in nine out of 10 cases it is a process as simple as giving blood.

The clinic is not just open to students, but any one aged 16-30 and in good health and registration is open online for those not able to attend the drive.