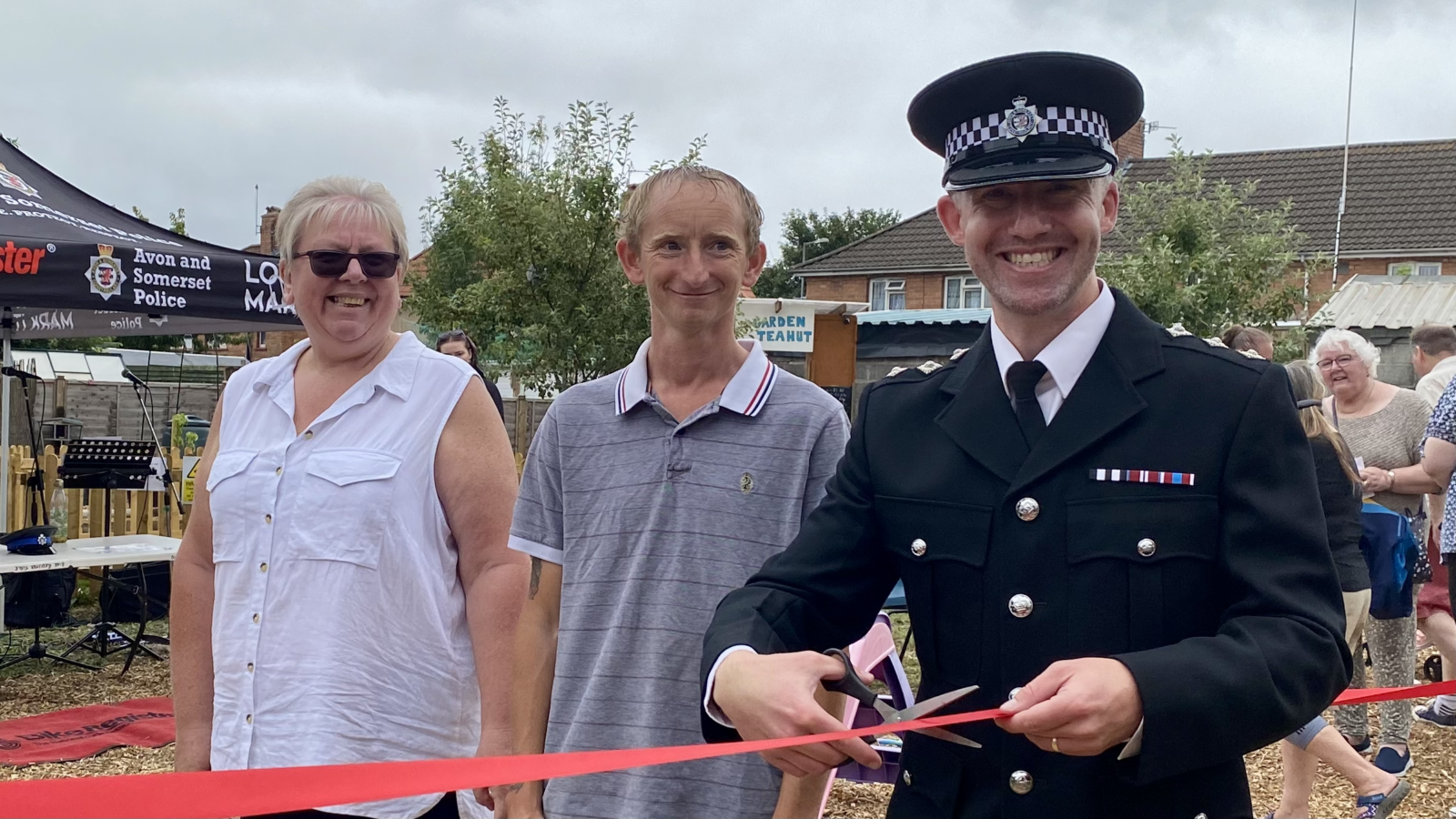 A new community garden has opened in an unusual spot in south Bristol.

Filwood Residents Association took over the council-owned site in December last year, transforming it from an overgrown dumping ground into a wildlife haven.

The opening ceremony included an acoustic performance from Bristol Ensemble, a pebble-painting workshop by Filwood Community Centre and more.

Speaking during the event, Mike said: “The garden is a testament to what a thriving community Knowle West is.

“We stand together as law-abiding people who are united against that really tiny minority of people who steal, cheat and cause harm to others.

“And if we invest our time in things like the garden, it just makes this a better place to live and bring up our families.” 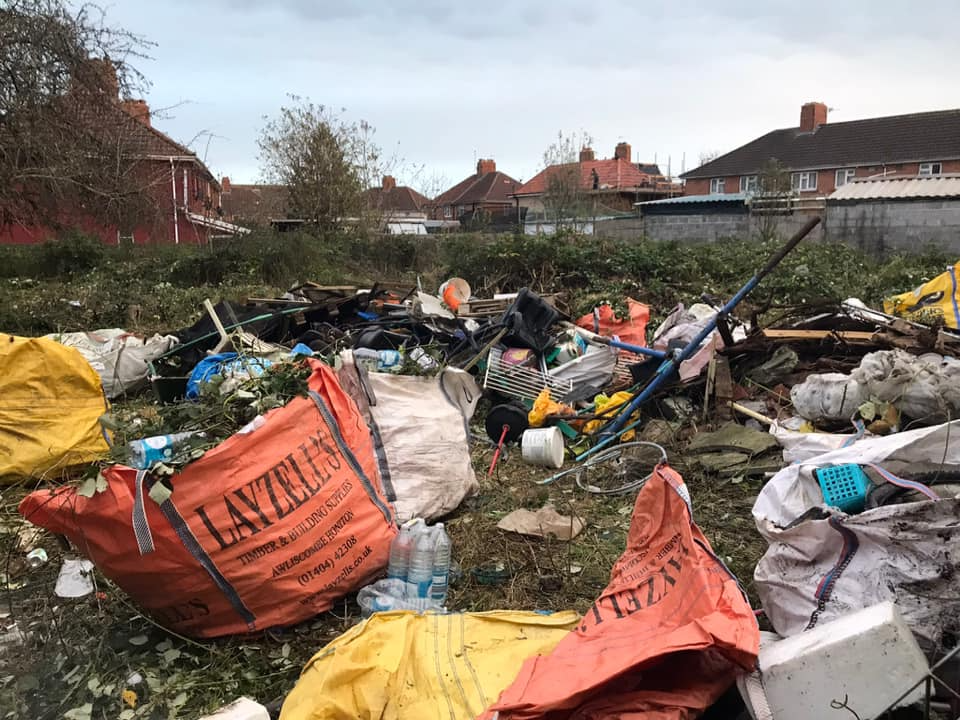 The garden was an overgrown dumping ground before the residents association took it over – photo: Filwood Residents Association 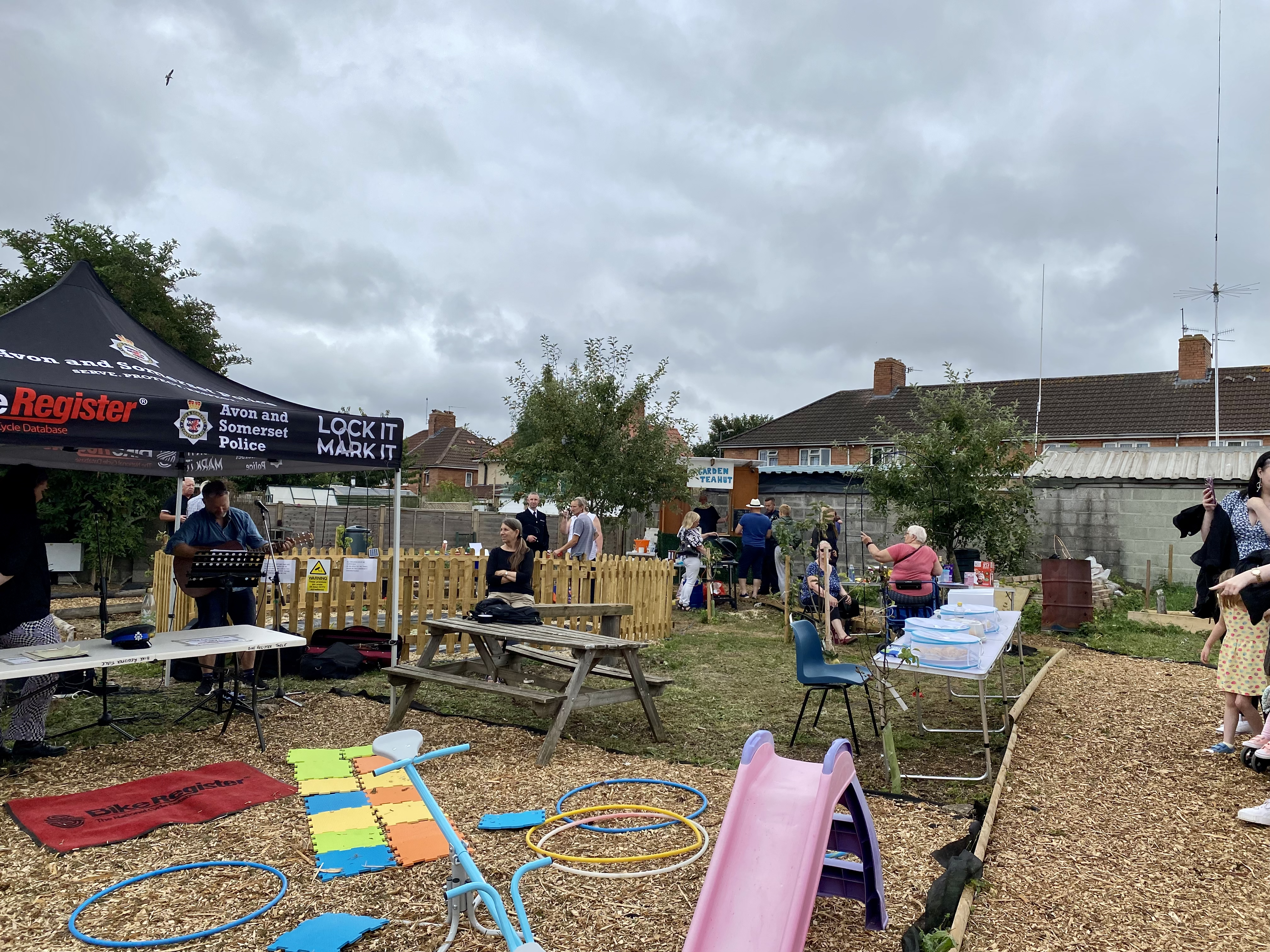 The site has been completely transformed and it is now a wildlife haven – photo: Charlie Watts

The garden includes raised beds, fruit trees and a pond – a stark contrast to how it used to be.

Until the residents association had it cleared, the site was head-high in brambles and full of rubbish.

Volunteer site manager Simon Foster, whose house backs onto the garden, has played a key role in its transformation.

“It helps with my mental health and it’s putting something back into the community,” said Simon, who is responsible for the day-to-day maintenance of the garden.

Community activist Carol Casey, who set up Filwood Residents Association, has also been helping to create the garden and secured the land for it.

“All the green spaces are being taken for housing, so this will not have housing on it and stay within our community,” added Carol, an independent advisor for Avon and Somerset Police. 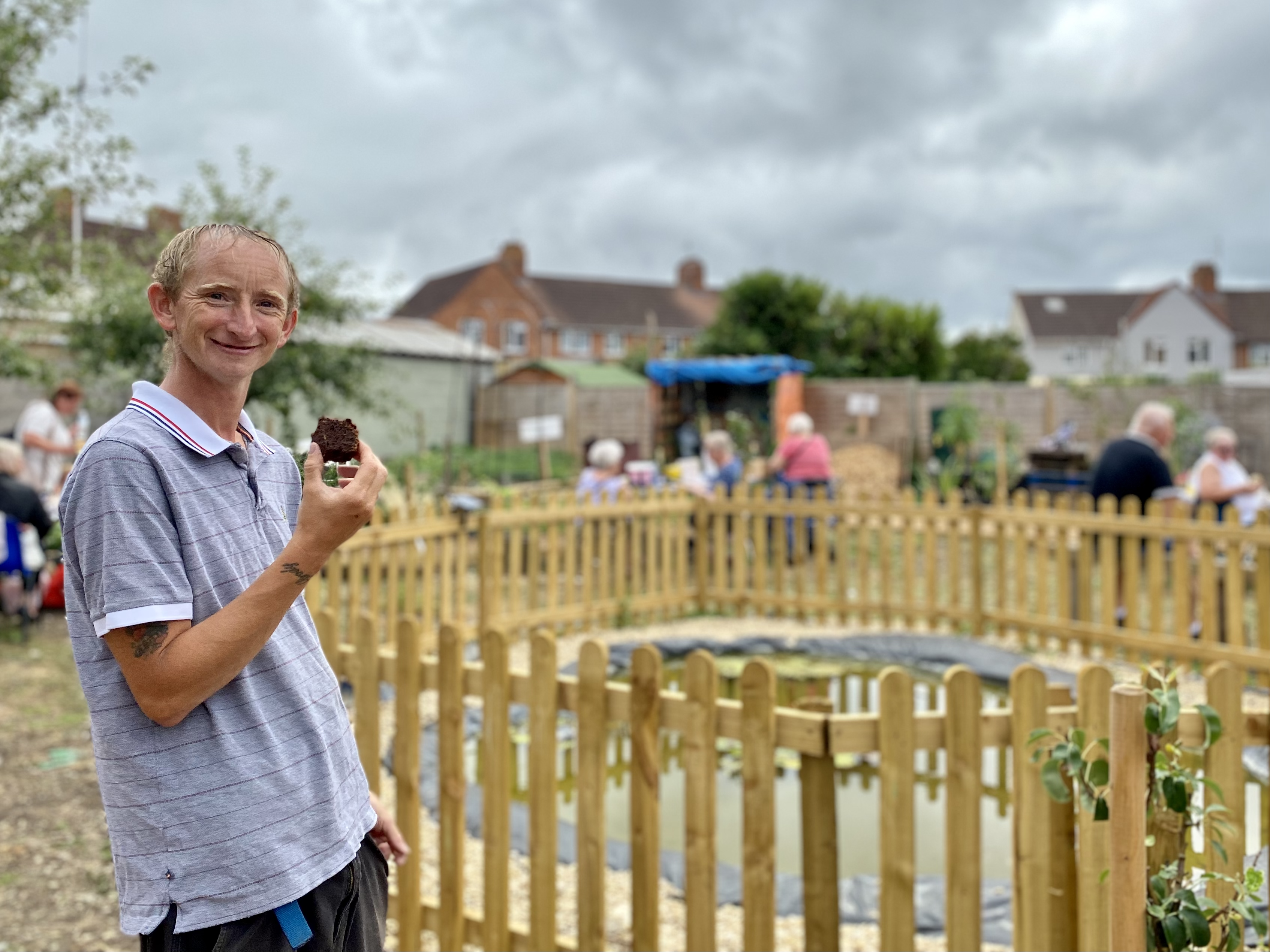 Local resident Simon has created a path, raised beds and even a shed in the garden – photo: Charlie Watts 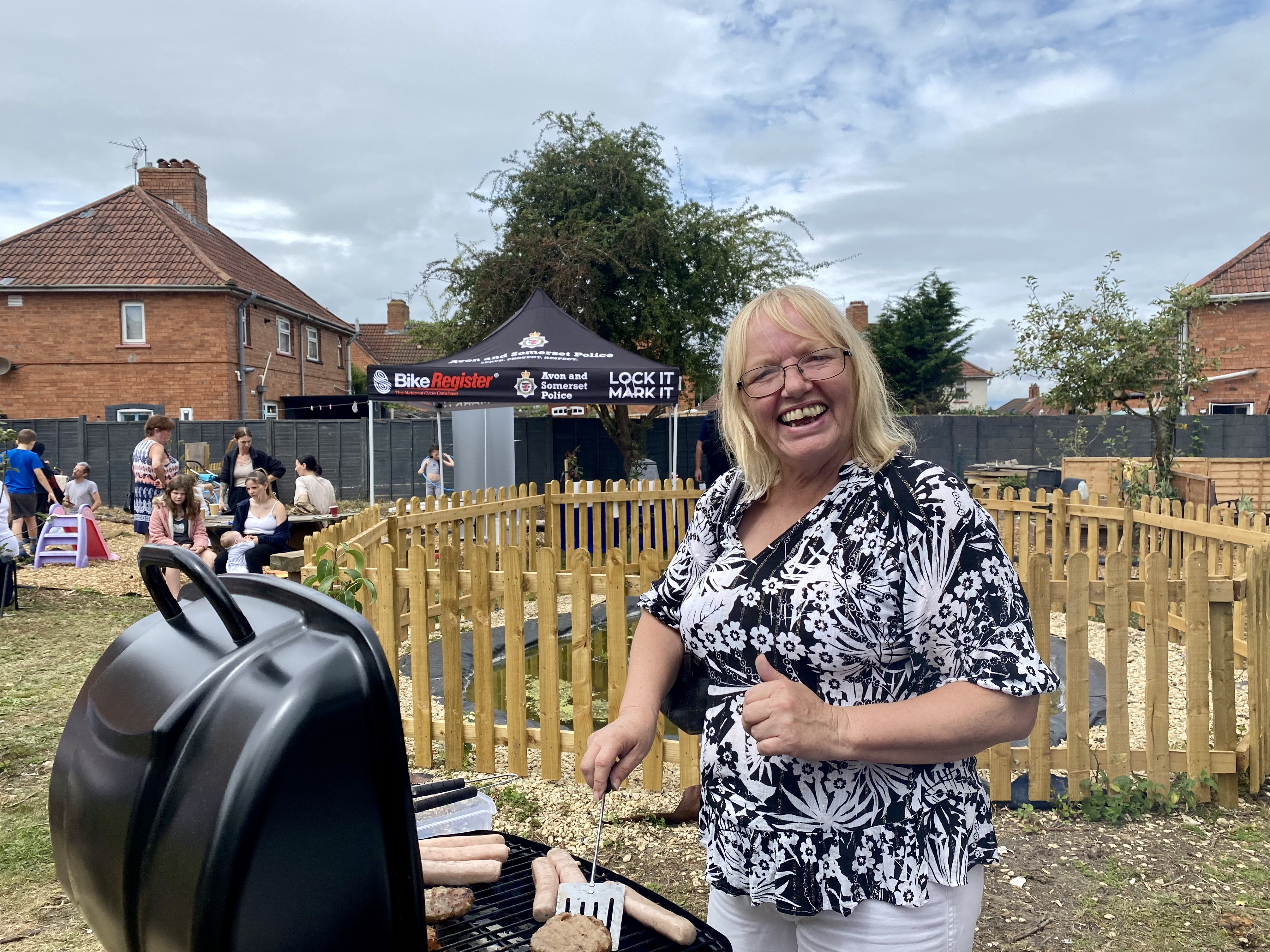 Kerry Bush from Kerry Road was running the BBQ at the the open day, cooking food donated by Asda and Tesco – photo: Charlie Watts

A path has been created around the garden using bark donated by Patriarch Tree Services – photo: Charlie Watts 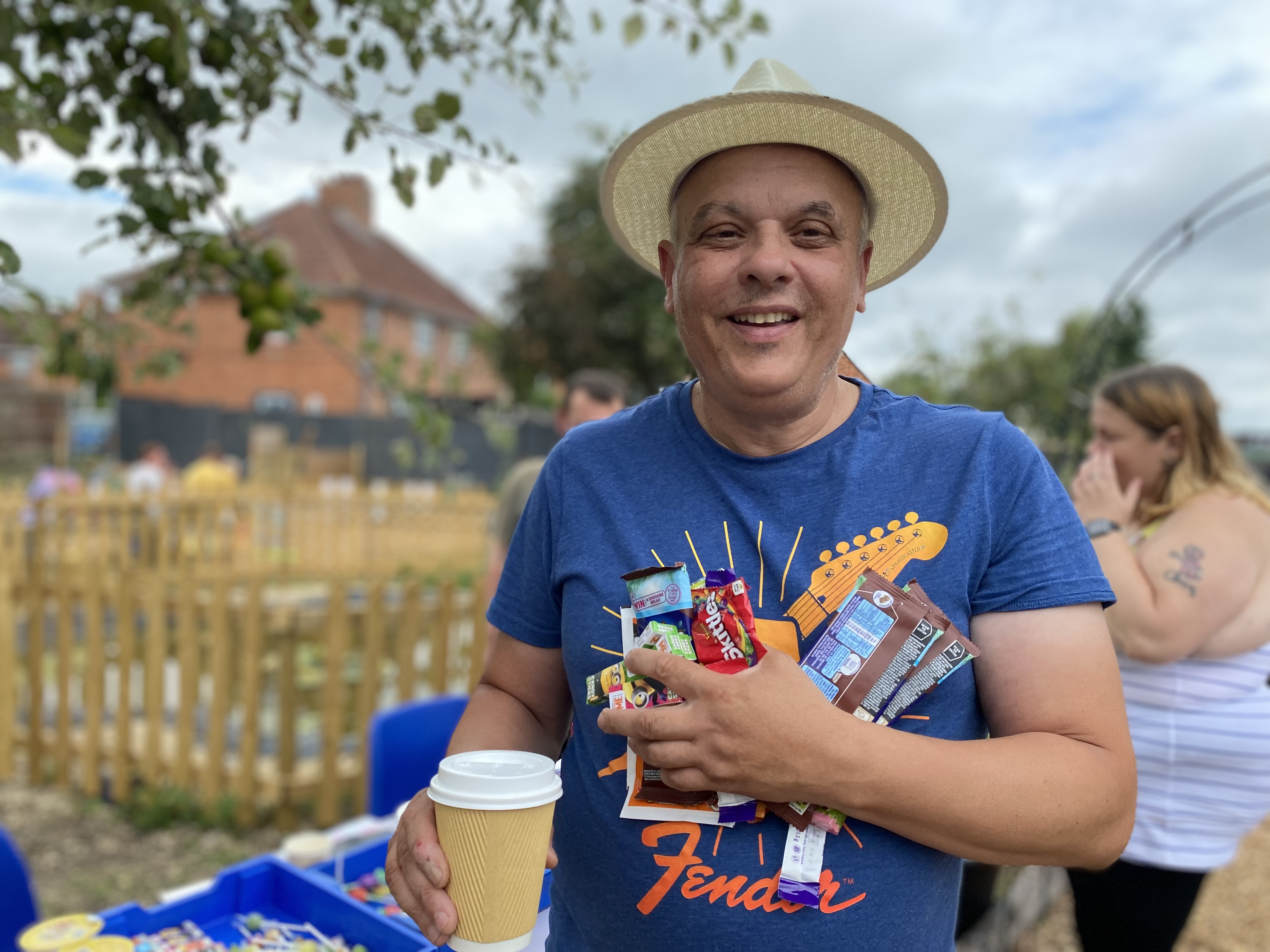 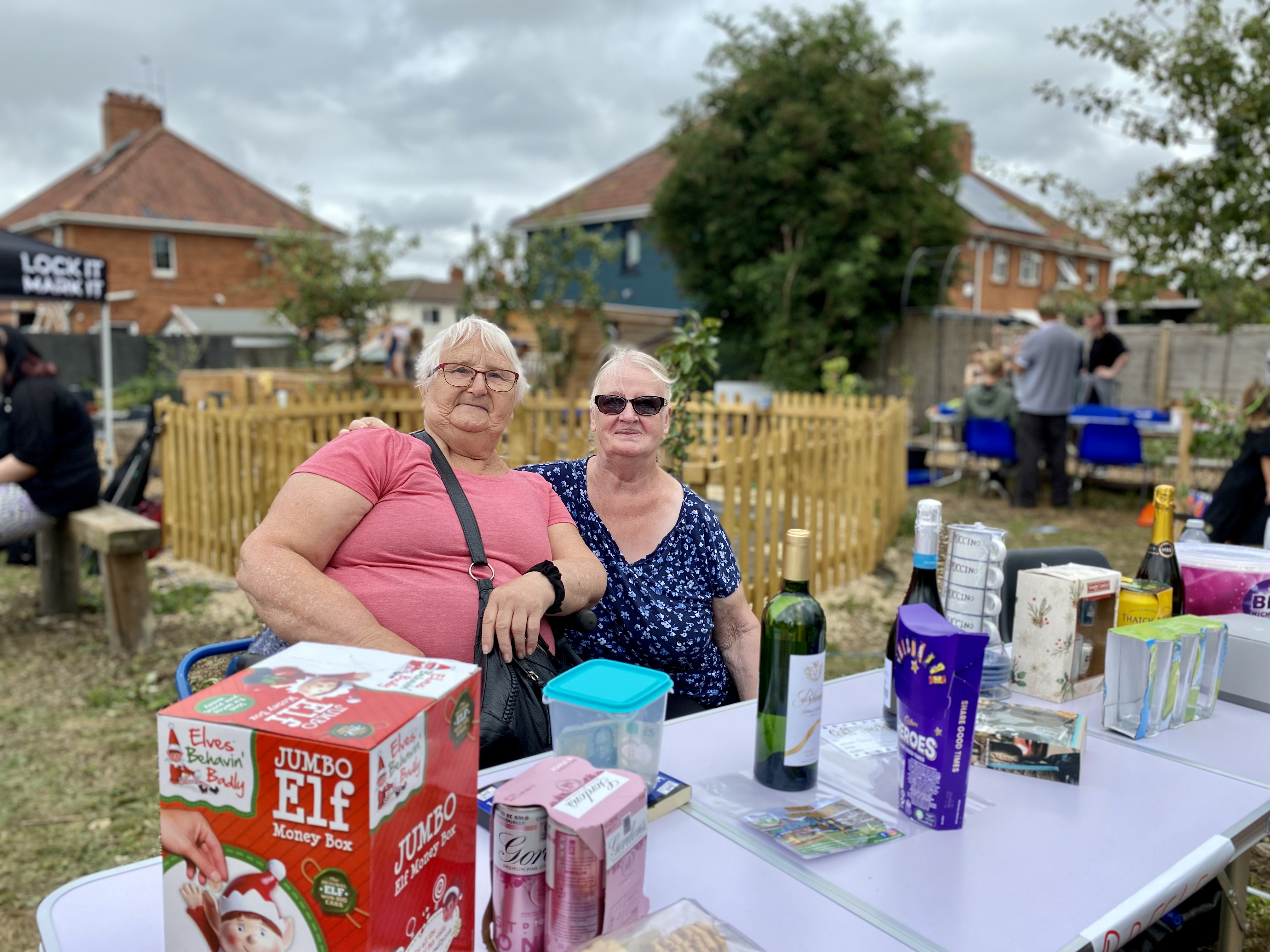 The raffle included prizes such as a voucher for the crazy golf course at Filwood Community Centre – photo: Charlie Watts 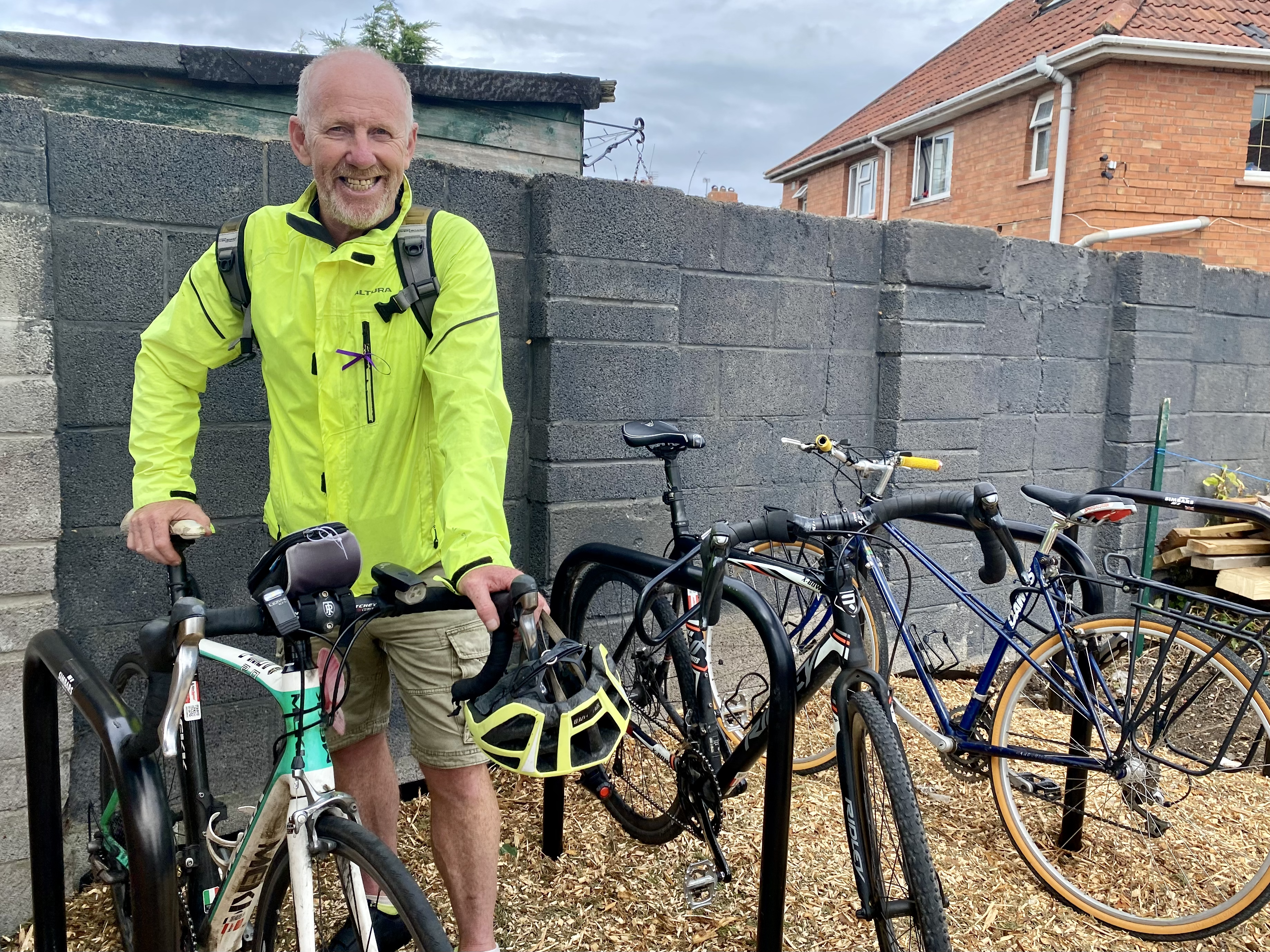 Filwood councillor and avid cyclist Chris Jackson at the bikes stands in the garden, which were funded by Life Cycle UK – photo: Charlie Watts 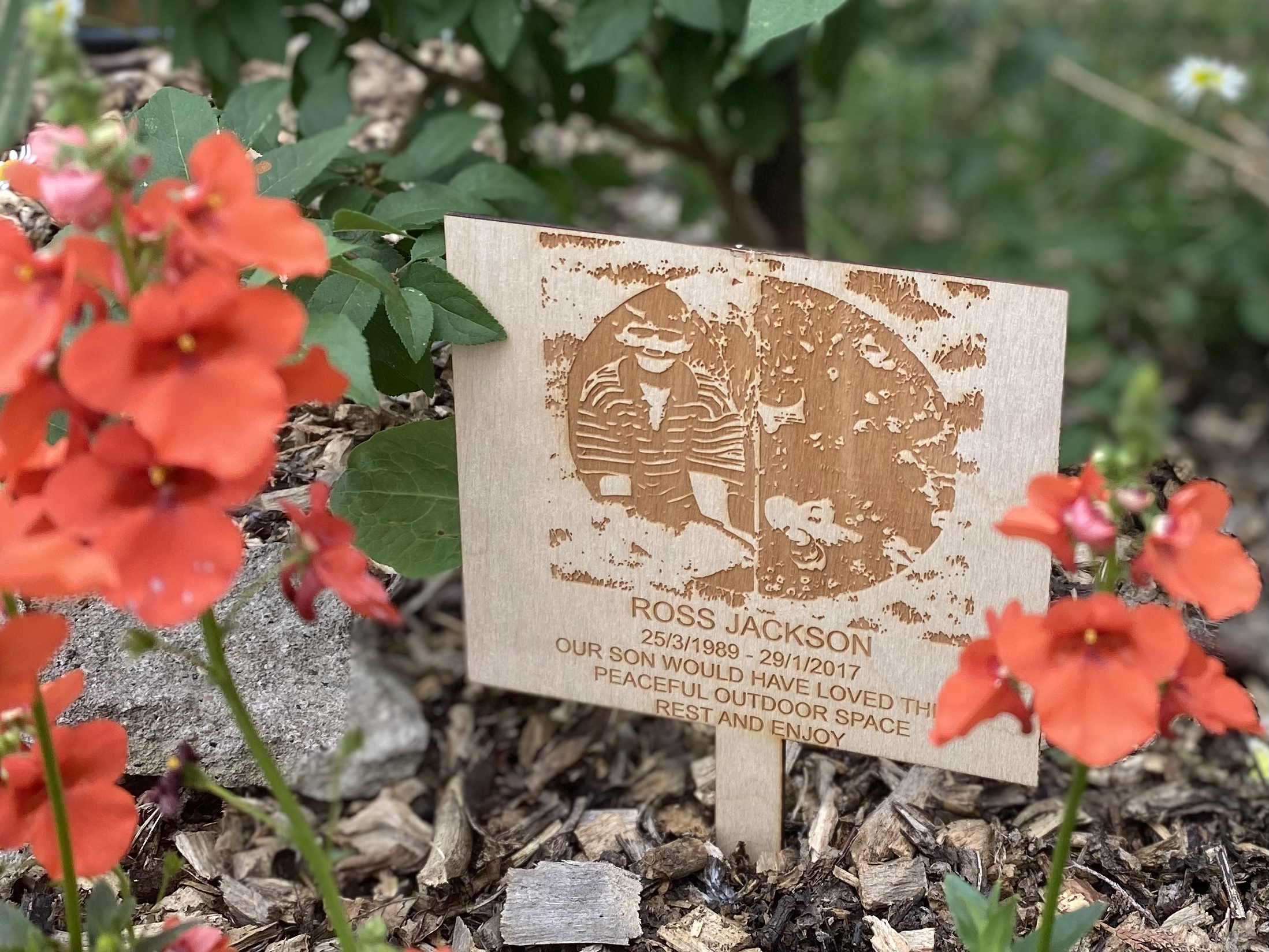 Trees in the garden have been planted in memory of local people who have passed away – photo: Charlie Watts

The garden also has a tea hut, made by Knowle West Media Centre (KWMC), which will come in handy for the coffee mornings held there.

There are also plans for a men’s mental health group and yoga class to use the space, and a section will be used as a children’s play area.

A nature-focused section includes a fox house and bug house, while bird feeders hang from the fruit trees on the site.

For the opening day, plaques, made by young people at KWMC: The Factory, were placed next to some of the trees to dedicate them to people in Knowle West who have passed away, including the son of Filwood councillor Chris Jackson.

Chris added at the opening: “It’s an absolutely fantastic local facility. It’s just a beautiful place to come, sit down and relax. I ask anybody to come up and support this local project.”

Charlie Watts is reporting on Knowle West as part of Bristol24/7’s community reporter scheme, a project which aims to tell stories from areas of Bristol traditionally under-served by the mainstream media