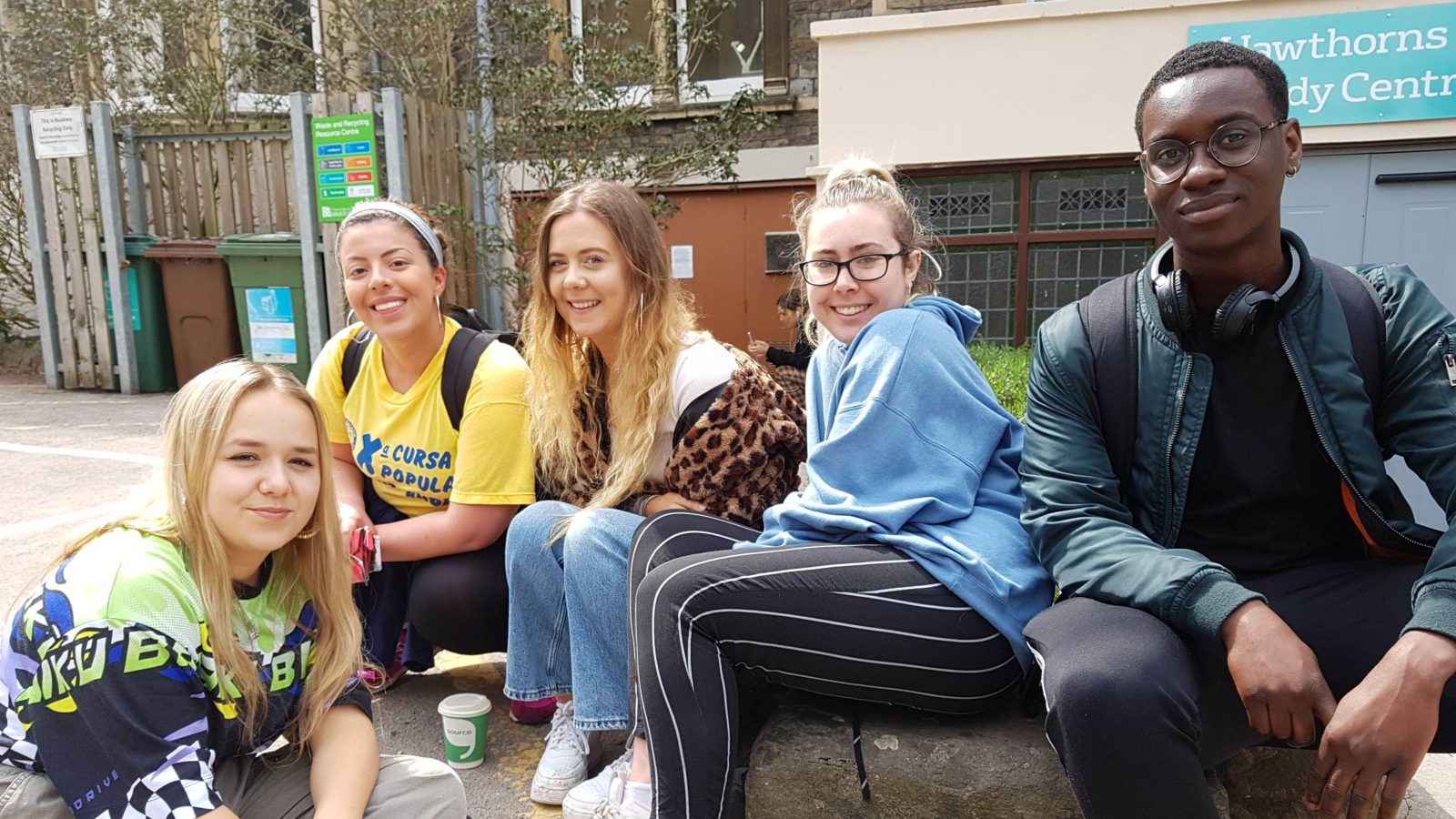 Some students take a moment to study the offered material about the upcoming European elections, others shove it in a pocket with barely a glance.

This group of potential voters – many of who were too young to cast their ballot in the 2016 referendum – could now have their say in what incumbent South West MEP Molly Scott-Cato is hailing “the most important European election in our lifetime”.

But is it even on their radar?

“I’m pretty apathetic when it comes to that sort of thing,” admits Matthew Wilson, who is studying English at the University of Bristol.

“I’m not informed enough. What happens happens – we don’t even know if we’re staying in (the EU).” 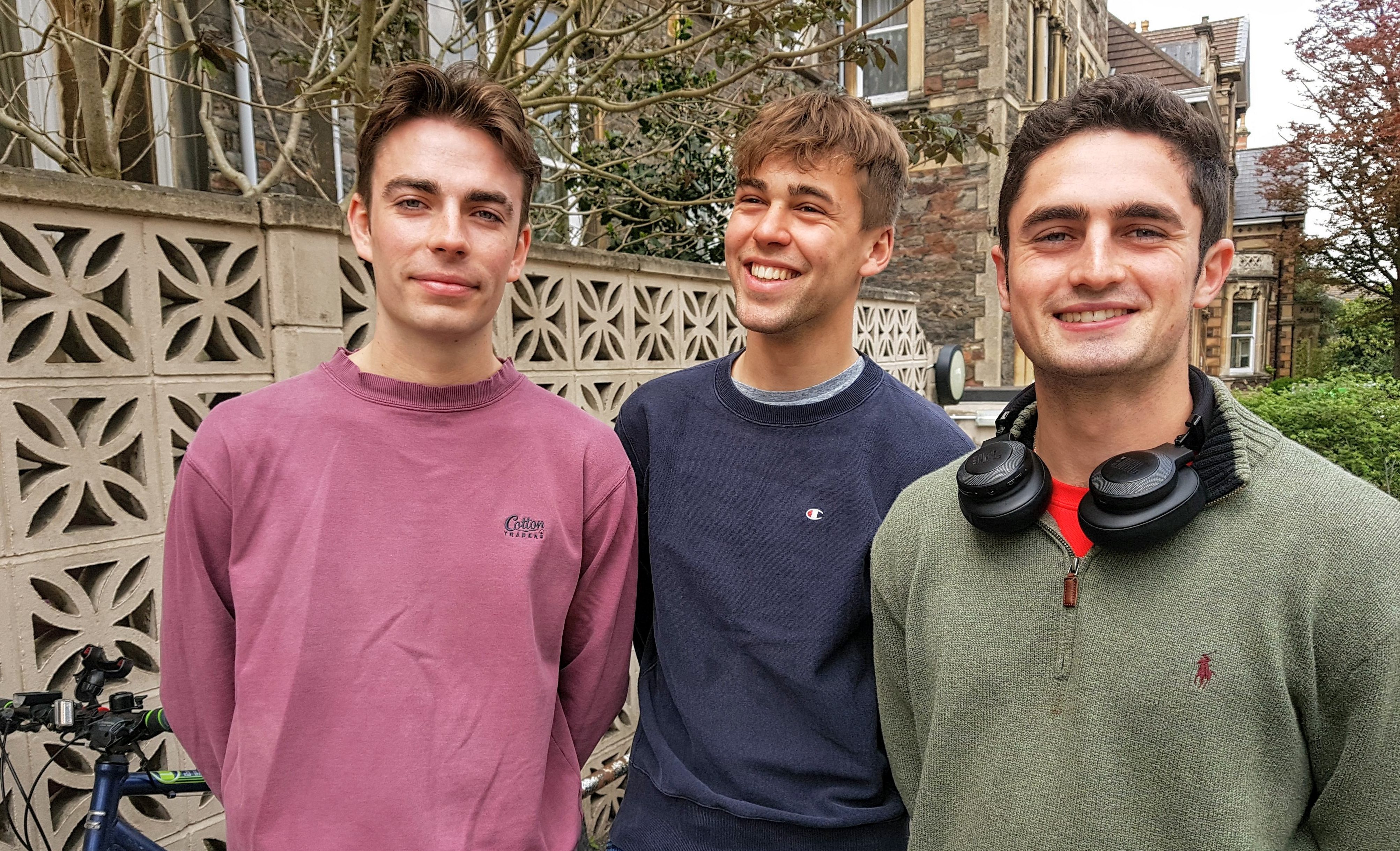 Standing outside the Hawthorns Study Centre on Woodland Road, Matthew’s fellow English student Josh Peleg says he is interested and plans to register in time for the European elections on May 23, and then do some research on the candidates.

Other students tell Bristol24/7 that Brexit is the crux of the problem, with no one knowing what the future holds for Britain and its relationship with the EU.

For the pro-remain Green Party, this is one of the key reasons to vote in the election, and candidates in Bristol are keen to spread the word.

Scott-Cato, and her fellow South West Green candidates, councillors Cleo Lake and Carla Denyer, have been out on the streets of Bristol talking to different communities about how they can register to vote – and ensure EU citizens from outside Britain know they are eligible to have their say.

“With a very short run-up to the election, I felt I should prioritise getting the message out in the first instance to both over-18s unregistered to vote and non-British EU citizens who may not realise that they are entitled to vote here as their place of residence,” explains Lake, who is also currently Bristol’s lotd mayor.

“It is important that people know they that can vote but equally time is short to sort this.”

Change UK – The Independent Group officially launched its EU election campaign at We the Curious with some fanfare, but overall, the run-up to polling day so far has been a pretty low-key affair.

Alex May, vice president of Bristol University’s Green Society, is out with candidates and other supporters to spread the word on Monday. He got involved because he is passionate about ensuring the voices of young people are heard and tackling climate change.

But social policy student Mia Fenwick says it’s difficult to feel engaged with European politics. “Our generation didn’t get to vote in the EU referendum so many of us feel a bit disconnected,” says the 20-year-old.

Andrew Odame-Kwakye, who is studying politics and international relations, believes it is still important to vote. “I plan to vote in the EU elections and I will be registering,” confirms the 19-year-old.

“I don’t really know what I’m voting for because the Brexit process is still going on. It’s going to be my first time voting in anything.”

Fellow politics and international relations student Emma Bayley-Melendez agrees the EU elections are problematic because no one really knows what the outcome of the Brexit negotiations will be. But she says she will exercise her right to vote anyway.

The deadline for registering to vote in the European election is Tuesday, May 7. Find out how to register at www.yourvotematters.co.uk/.