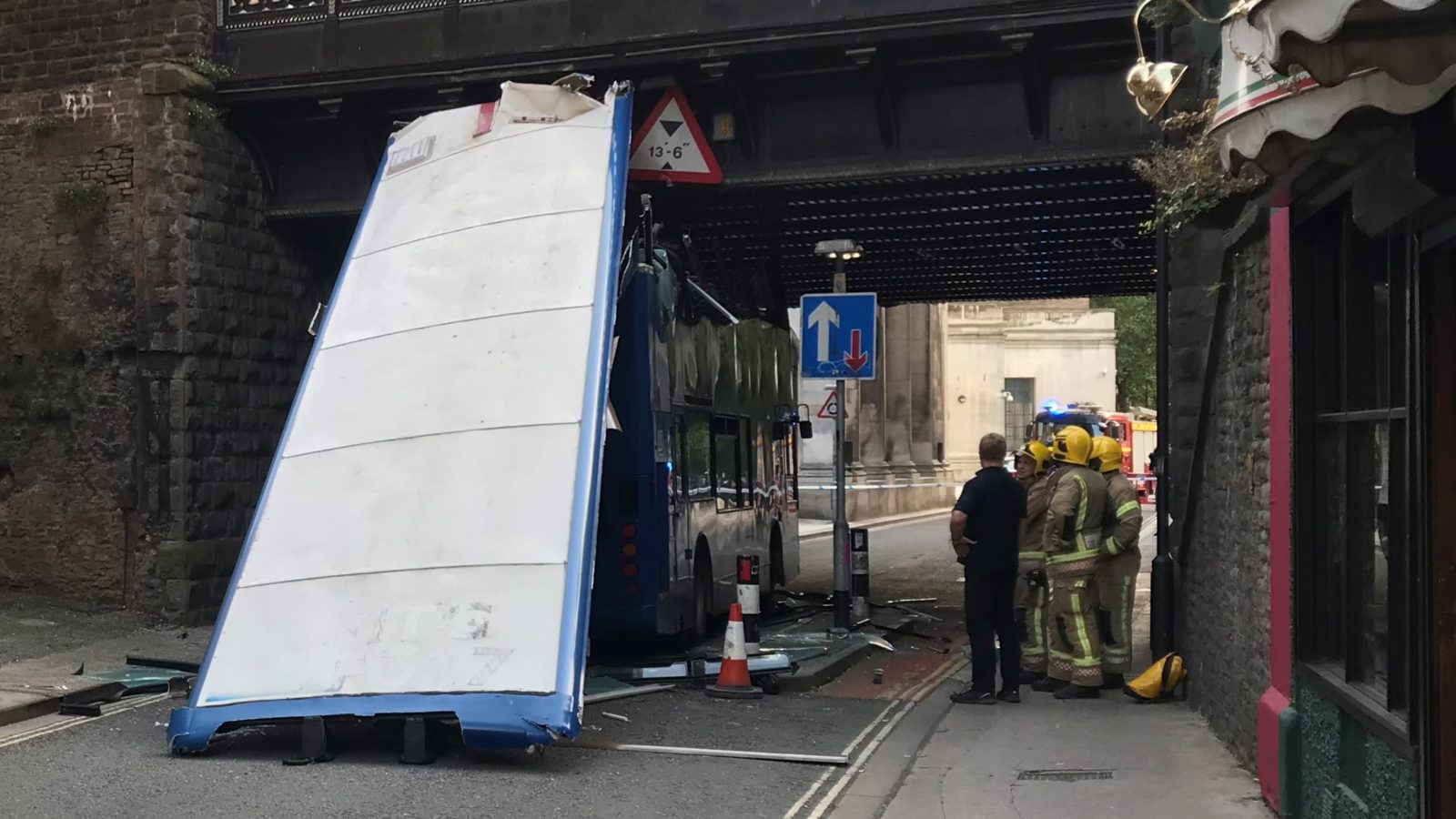 Close to Banksy’s Hanging Man, a double-decker bus’ roof was hanging off on Thursday evening.

The crash happened at around 4.20pm as the bus was being inexplicably driven underneath a low bridge from Frogmore Street towards Frog Lane.

The blue bus ended up wedged underneath Park Street, with its white roof hanging off close to Sergio’s Italian restaurant.

Fortunately, nobody was injured in the crash, with the driver uninjured and nobody else aboard.

It resulted in the section of Park Street closest to the bridge being temporarily closed, and Frog Lane remaining closed until Friday morning at the earliest.

The vehicle is thought to be an out of service school bus, with a sign for St Bede’s seen in the front window. 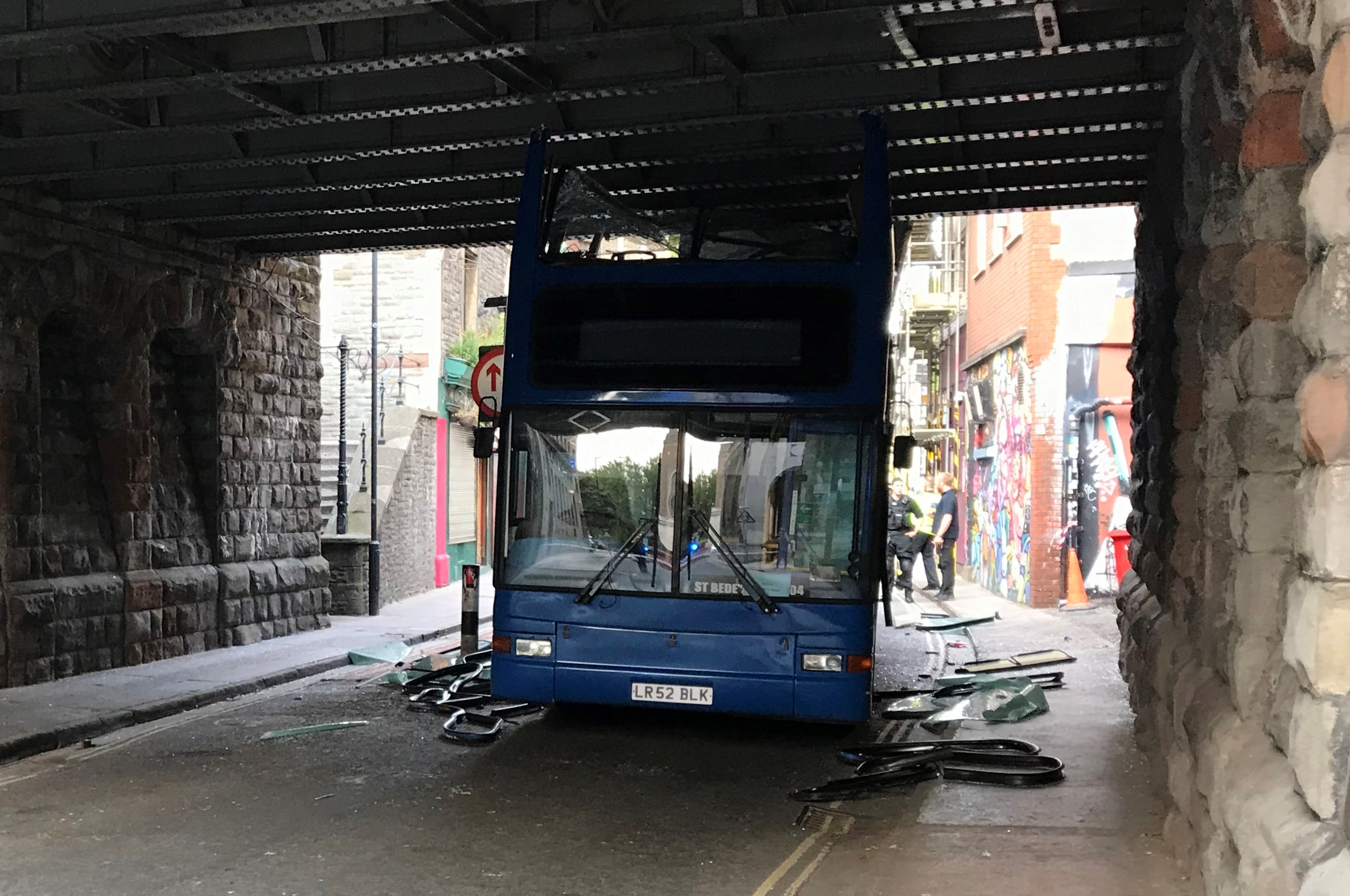 “Oh, shit” are the words believed to have been uttered by the driver of the bus – photo by Martin Booth 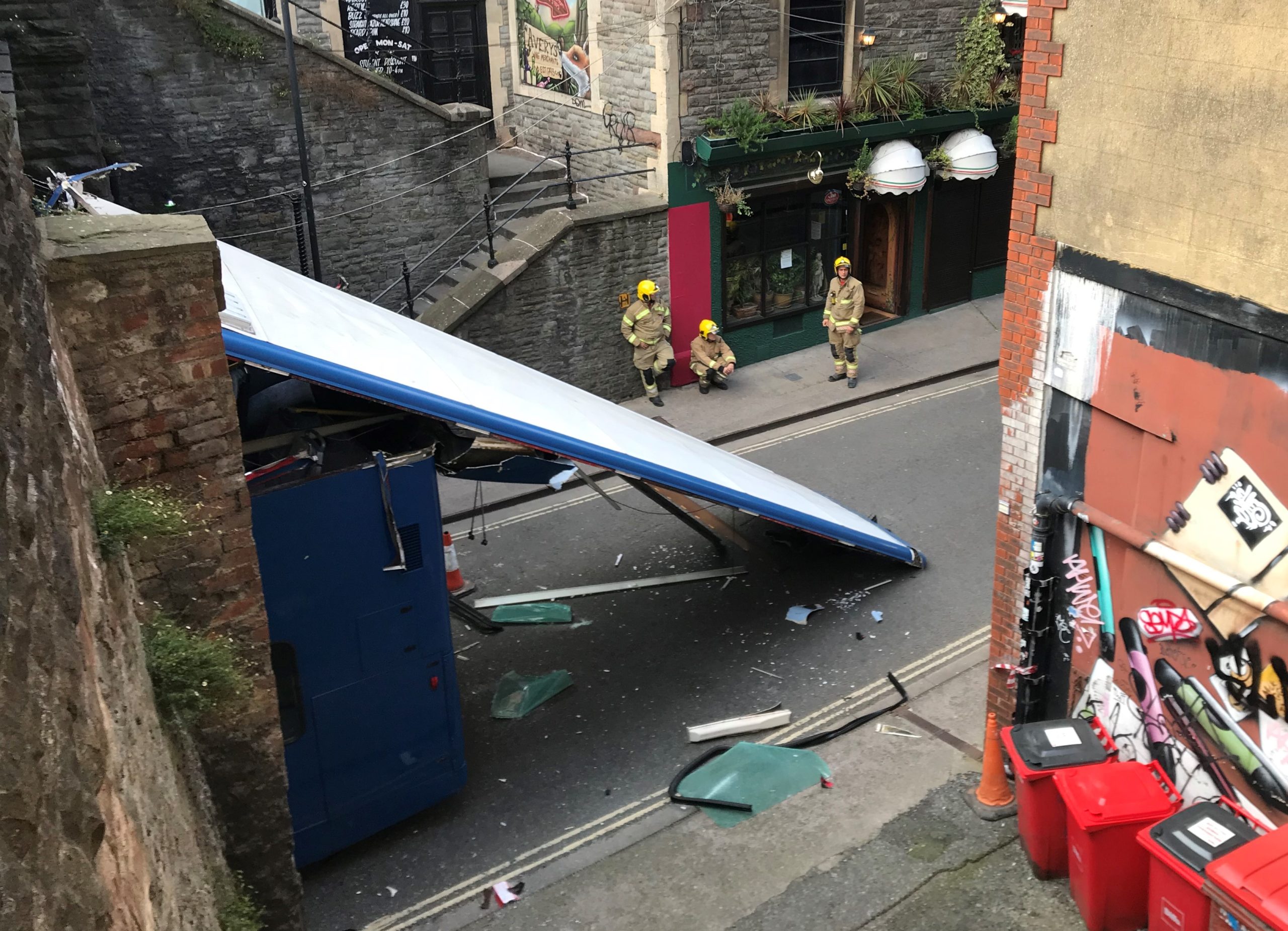 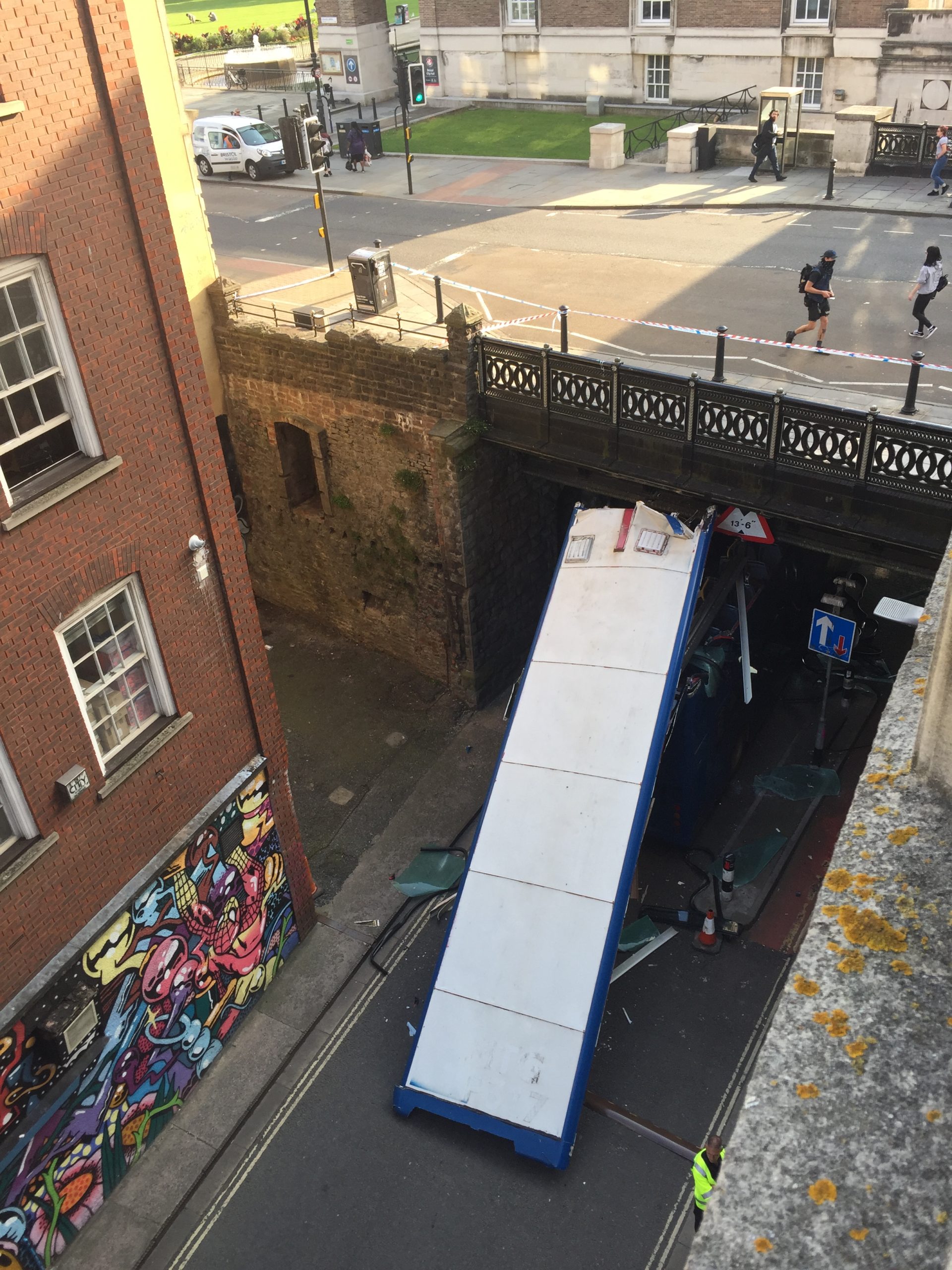 The bus had its roof ripped off after being driven into the bridge that takes Frogmore Street underneath Park Street – photo: Bristol24/7

Read more: End of the road for Bristol’s bus boss