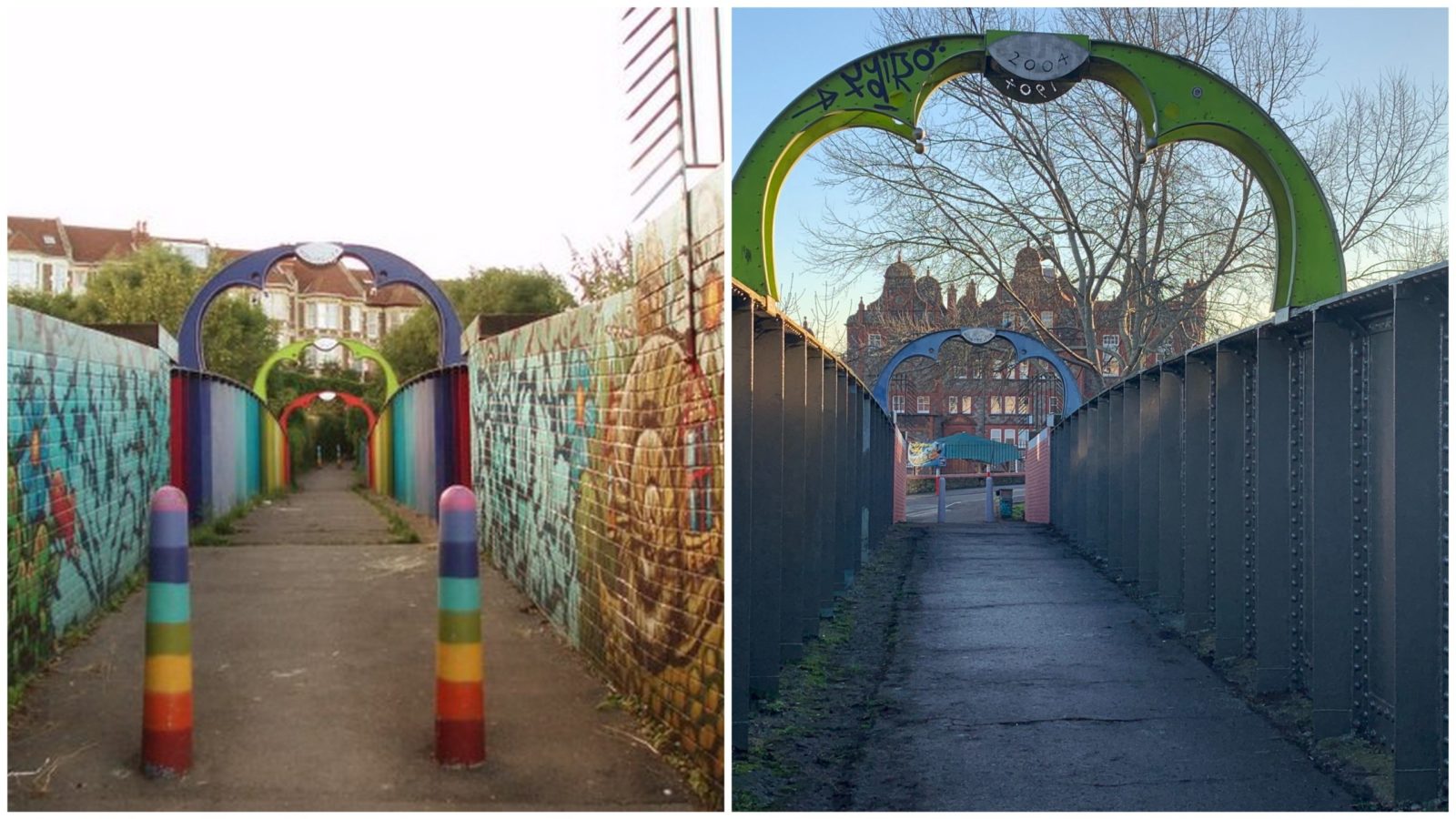 One of Bristol’s most colourful thoroughfares is no more.

The ‘rainbow bridge’ is close to Montpelier railway station and Fairfield School, crossing the Severn Beach line between Fairlawn Road and Hurlingham Road.

But not much of its eminently Instagrammable rainbow now remains – with the bridge recently painted a drab shade of battleship grey.

The dull hues have prompted an angry response, with many members of the local community pledging to repaint the bright colours themselves.

“The community organised the refurb of the bridge to include paintwork and lights about 16 years ago,” said Dan Weisselberg.

“BCC opted to clean it up but here’s hoping we can get it back to something like its old cheerful self soon.” 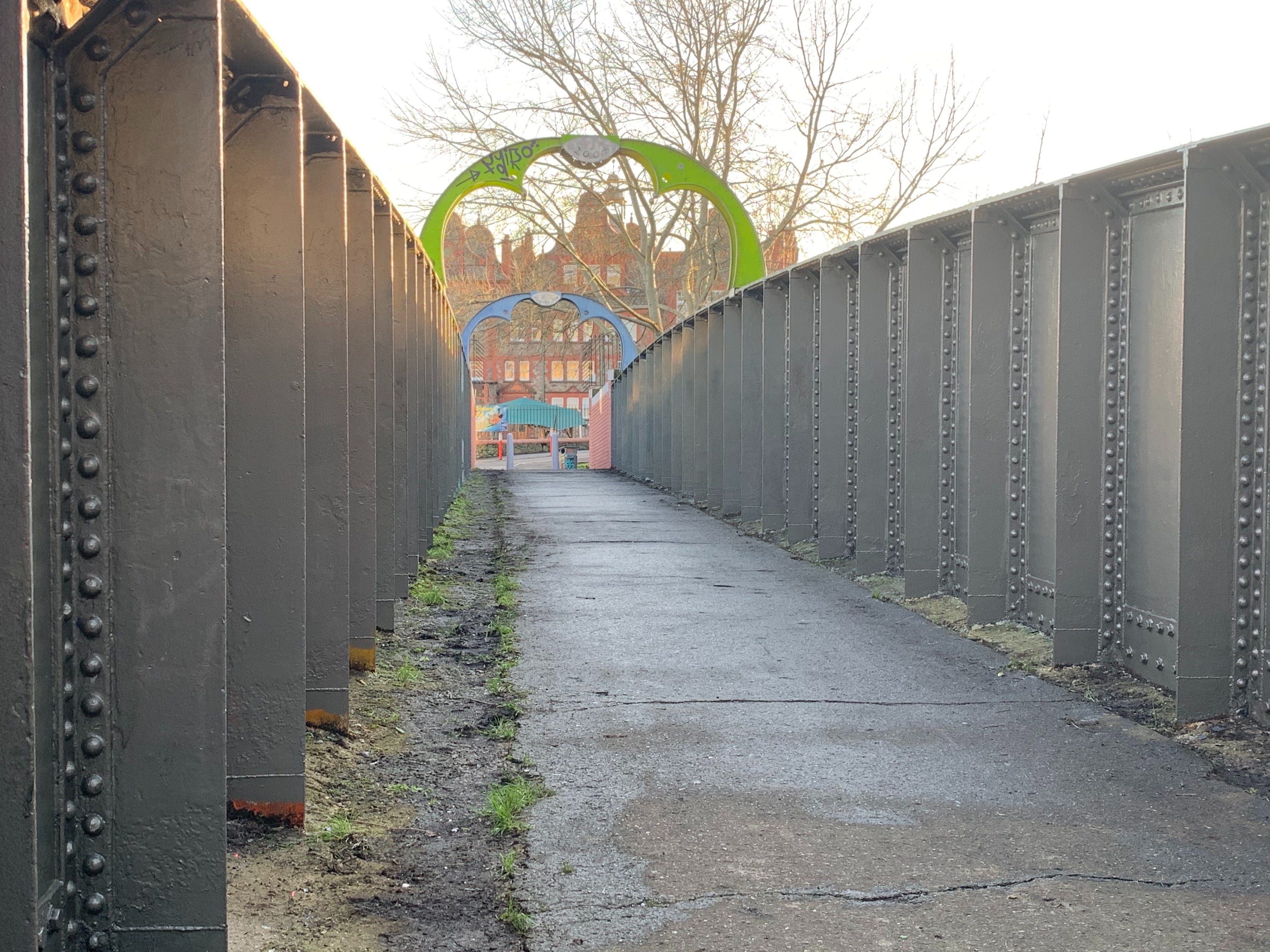 No longer a rainbow bridge – photo by Hubert McIntyre

Chris Gannon tweeted: “Same attitude that removed all character from the Bearpit.”

Tim Fear said: “This is happening all over Bristol. The problem is it ends up worse as you’ve given taggers a clean canvas crying out to be tagged and ultimately looking worse than it did before. It’s a waste of money and effort and they can’t keep up with maintaining it.”

Chris Guy added: “This is Bristol, why would anyone think this was a good idea?”

Bristol24/7 understands that the rainbow was painted over by bridge owners Network Rail, who we have asked for a comment. Bristol City Council have confirmed that they are working with local residents on a new arts project for the bridge.