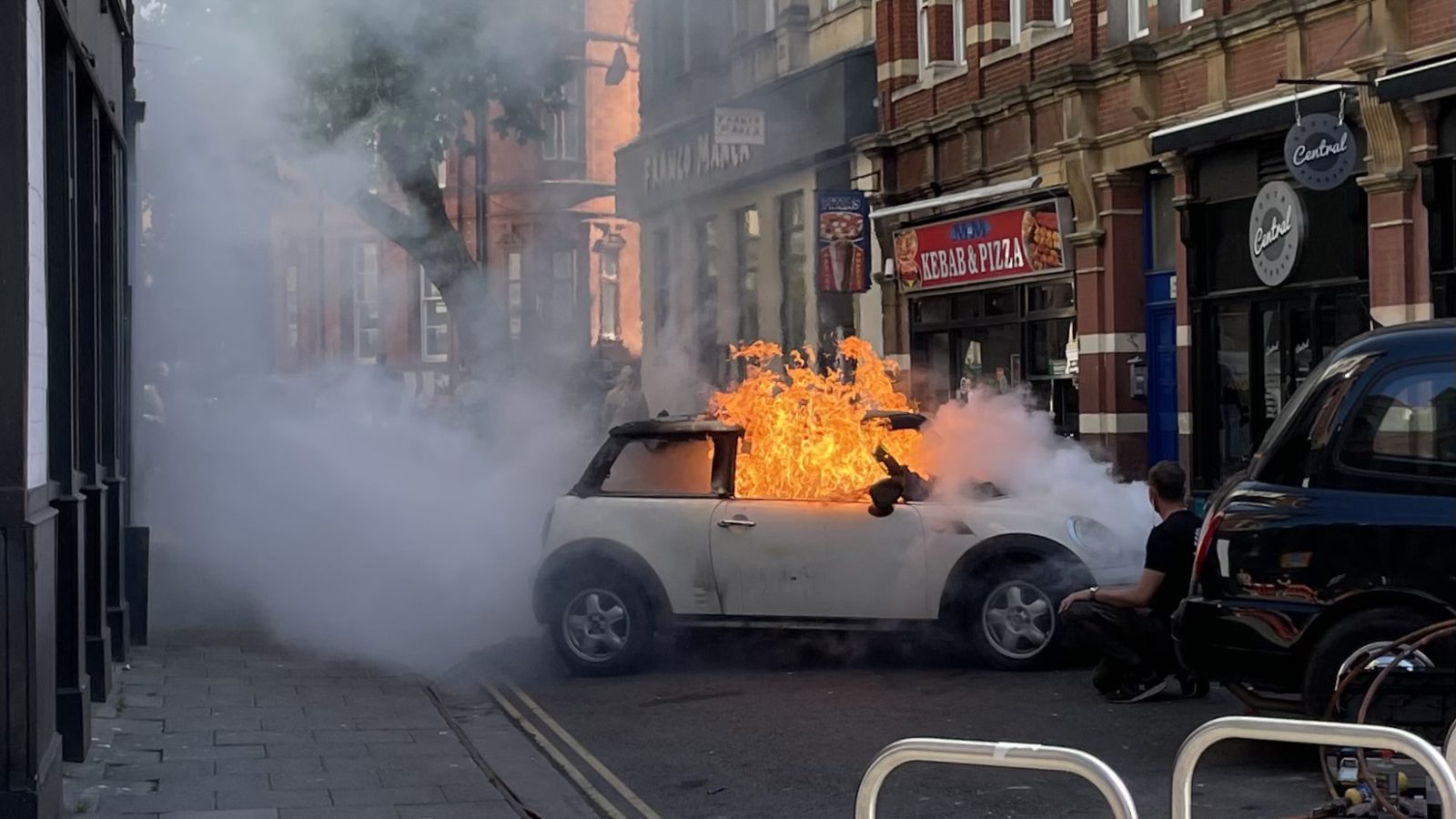 The small alleyway between St Stephen’s Street and St Stephen’s Avenue became the starting point for David Tennant as he filmed scenes for Doctor Who in Bristol on Wednesday morning.

The former Doctor calmly strolled down the small cut-through which looked as if it had been rocked by an explosion, with what could be aeroplane parts on fire.

He then turned left onto St Stephen’s Street heading towards Clare Street – and when he was not filming scenes was also spotted relaxing in the garden of St Stephen’s Church.

The end is nigh in Bristol as David Tennant and Neil Patrick Harris film for the new series of Dr Who @SWNS #drwho #bristol #filming #davidtennant pic.twitter.com/yNGOOX5Voz

Smoke drifted over the Old City as a Mini was set alight on Marsh Street, with curious onlookers getting a glimpse of events unfolding from behind barriers on Baldwin Street.

Cars were driven at speed from St Stephen’s Avenue towards Marsh Street, while on Clare Street, extras playing members of the public appeared to be fighting with each other.

Next to market stalls, a woman wearing only one show stood on a box with a hand painted wooden sign tied around her neck saying ‘the end of times’. 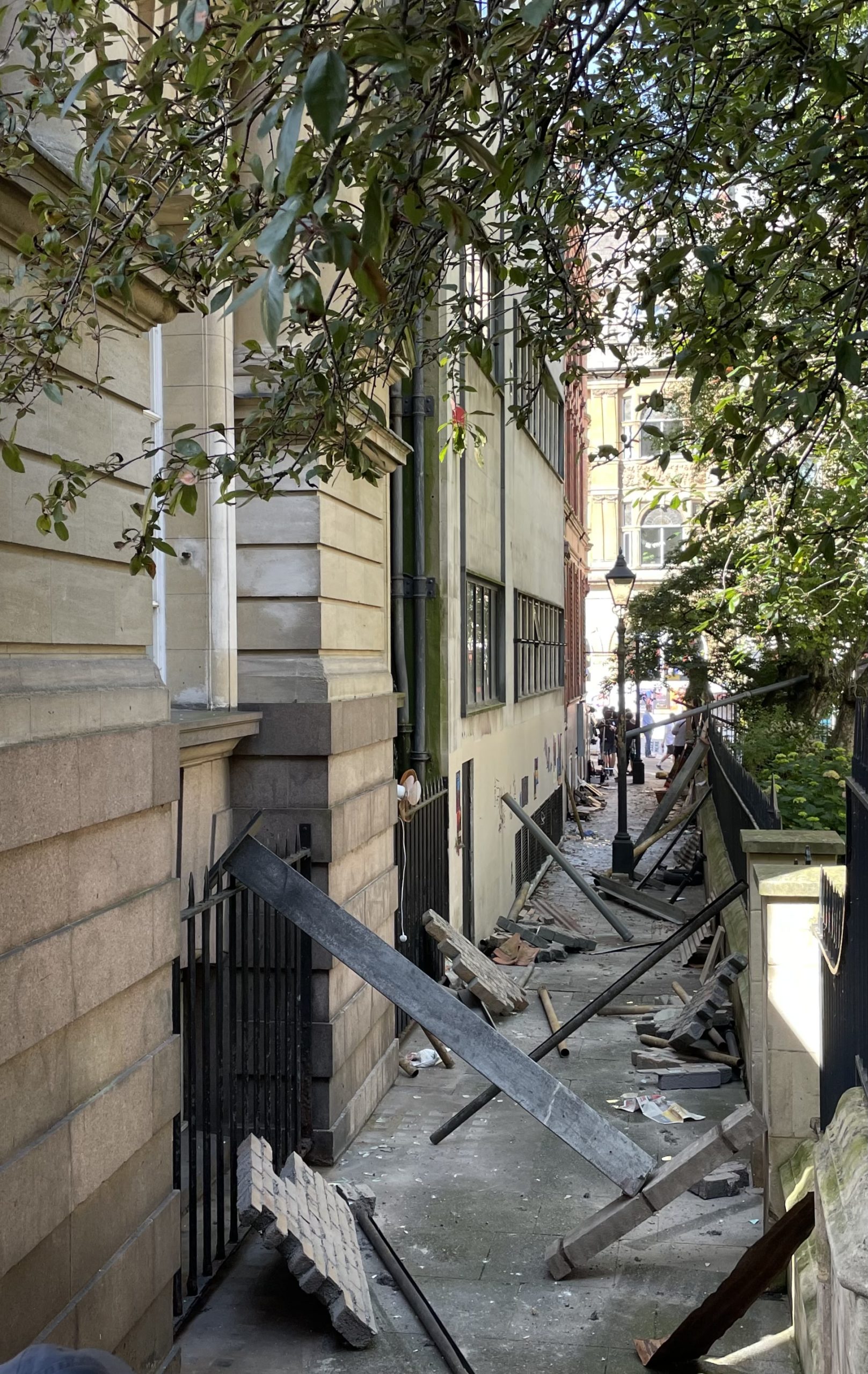 On the day of his birthday, Neil Patrick Harris wore a white shirt and white waistcoat and appeared to be carrying a cane.

There is speculation that Harris is playing the Celestial Clockmaker, with Chez Marcel on Broad Street transformed into a toy shop called Mr Emporium.

Bristol24/7 understands that filming with a large green screen is due to take place on Broad Street on Thursday. 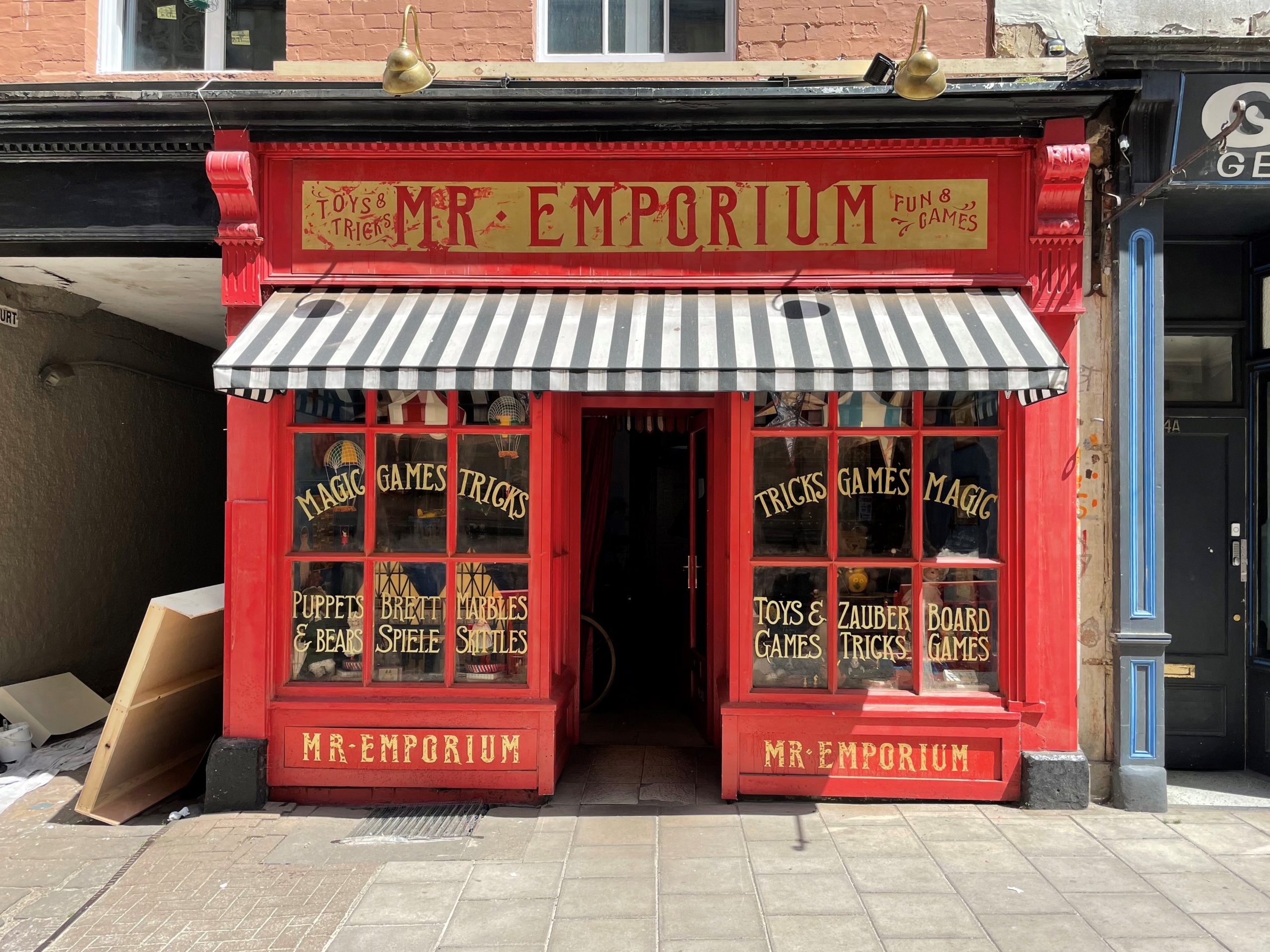 Could Mr Emporium be the toy shop of the Celestial Toymaker?

Read more: What we know about Doctor Who begins filming in Bristol so far

Wake up to the latest
Get the breaking news, events and culture in your inbox every morning
Signup