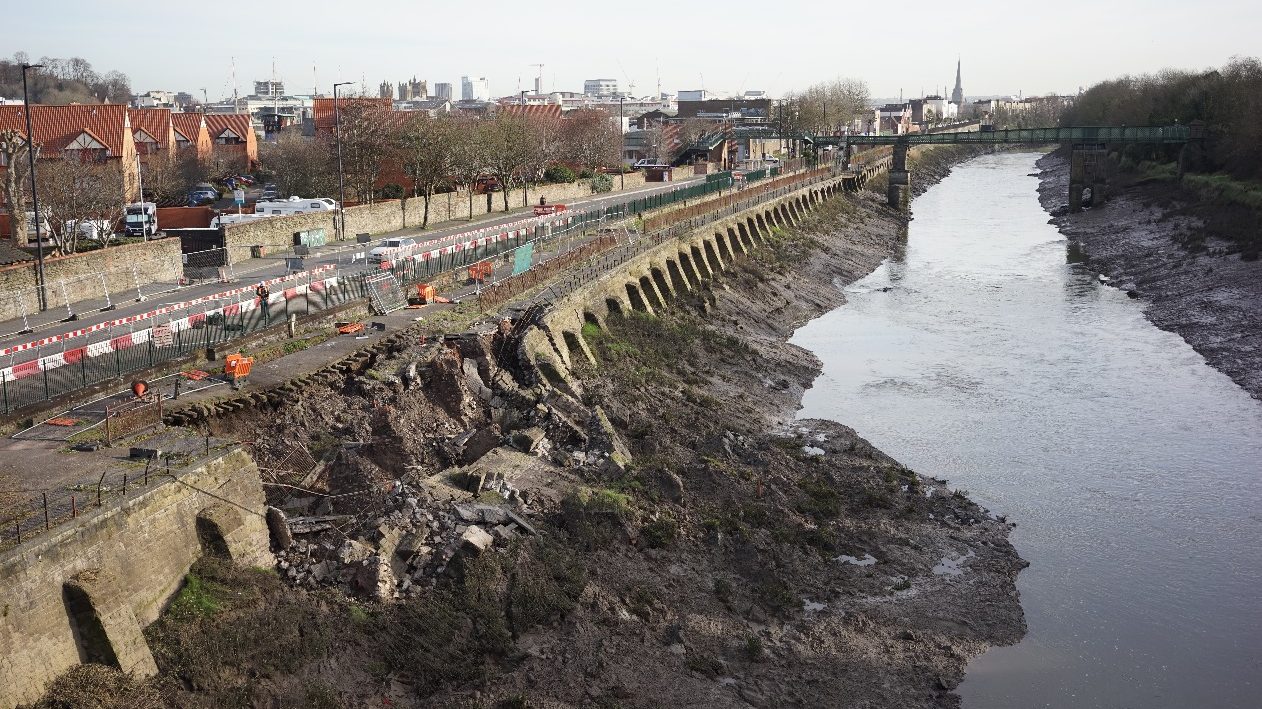 Cumberland Road is to remain closed to all traffic until at least the end of March following the collapse of the river wall in January.

Bristol City Council says further testing is required to ensure the planned £9m stabilisation works along the New Cut can be carried out safely without further risk to the immediate area.

This means a decision over whether to partially reopen the road to allow public transport through is “unlikely to be made before the end of March”, while work to fix the collapsed river wall is not expected to start until the summer.

The Chocolate Path pedestrian and cycle track along the New Cut has been out of bounds since December 2017, amid safety concerns over the stability of the wall, which was constructed in the early 1800s.

The council has allocated £9m to carry out the urgent stabilisation works, but the restoration process is yet to begin.

The sudden closure of Cumberland Road in late January, when a large section of the wall collapsed, has been taking its toll on commuters, with traffic, including the m2 metrobus and airport flyer, forced to divert around the arterial south Bristol route.

Kye Dudd, Labour’s cabinet member for transport, said: “Our priority continues to be making sure the area is safe and that Cumberland Road is secure so that it can be reopened in confidence that no further issues will arise.

“Once the road is judged to have been stabilised sufficiently, a decision over whether to partially open it for public transport, including metrobus, and cyclists will be considered. 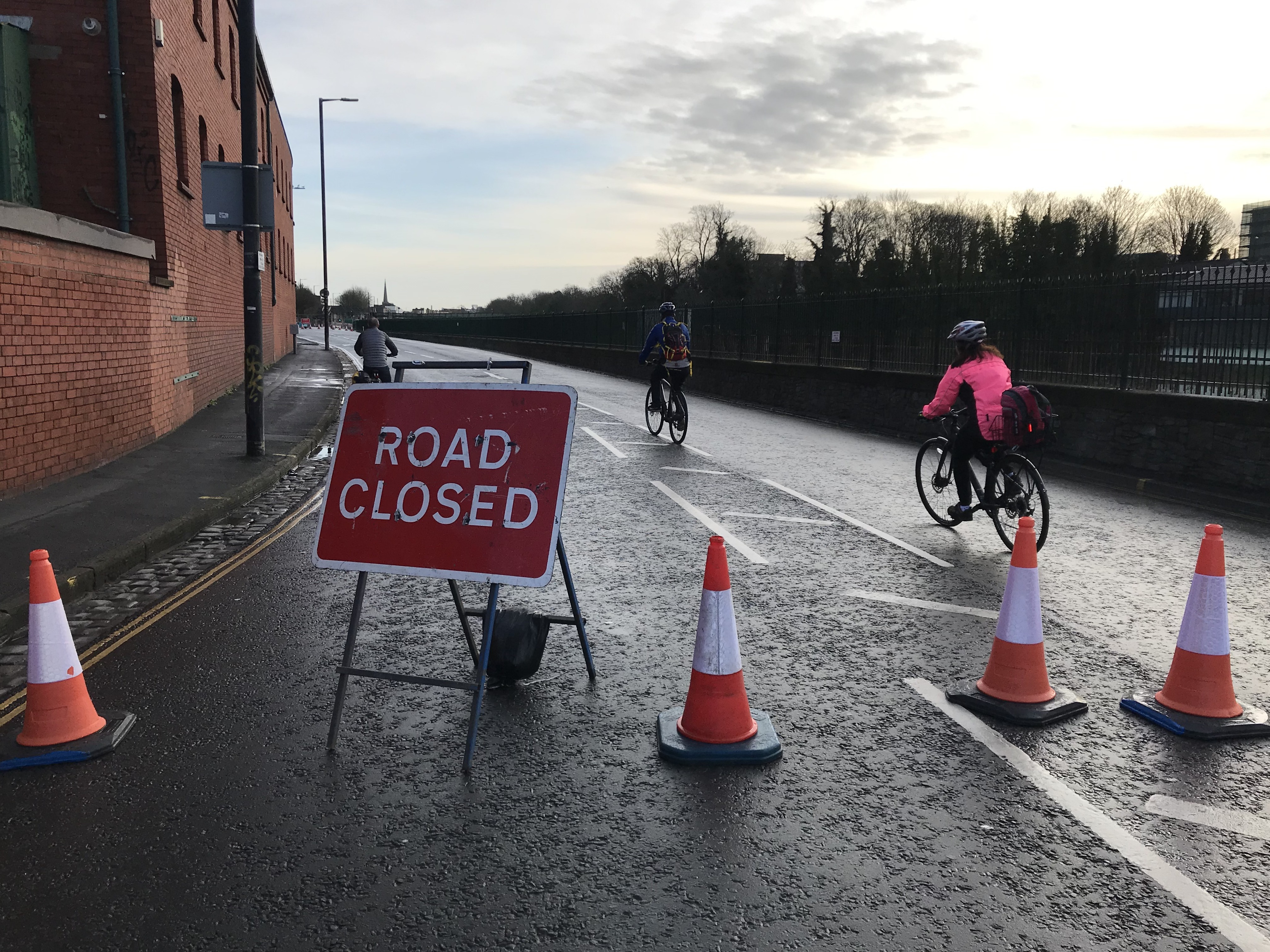 Cumberland Road will remain closed for some months yet. Photo by Martin Booth

Issuing an update on Thursday, February 20, the council said engineers have been testing the strength of the road in preparation for the arrival of specialist equipment required to carry out protection work on the exposed ground at the river wall.

Only after the results of these tests have been assessed and conditions deemed safe will work to protect against further tidal erosion begin.

This preparatory work is expected to last for around a month, with daily monitoring of any road movement, after which a limited reopening of the road will be considered.

Plans for the £9m restoration of the river wall are now said to be at “an advanced stage”, with two companies bidding to carry out the works. Data collected from monitoring Cumberland Road is being fed into these long-term designs with the work expected to begin in the summer.