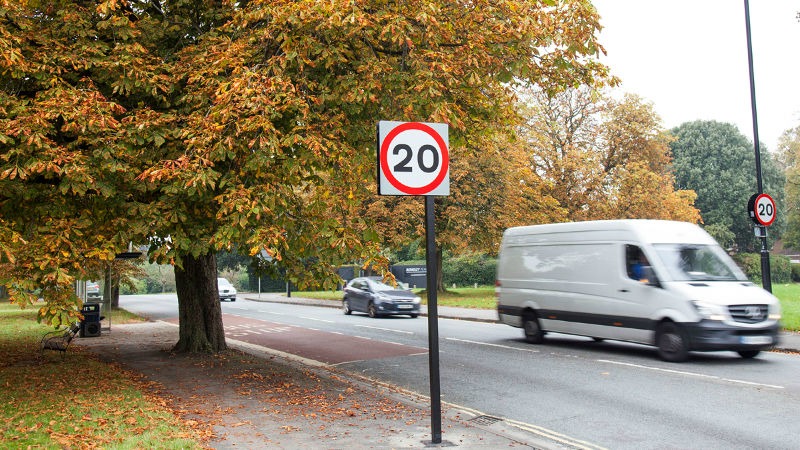 Councillors in Bristol have voted to call on the mayor to stop his roll-out of 20mph speed limits on roads across the city.

The Labour and Conservative groups at Bristol City Council joined forces on an amended motion to pause the roll-out.

Instead of a complete halt to the introduction of lower limits, and a demand for an “objective assessment” on how effective they were, a Labour amendment called for 20mph limits where local communities had called for them and where traffic calming measures could be introduced at the same time.

Councillors such as Labour’s Ron Stone described the policy of introducing the blanket roll-out of 20mph limits – which included installing new speed limit signs on narrow cul-de-sacs as well as busy roads – as a “stupid waste of public money that doesn’t make sense”.

But supporters angrily defended the policy, with Green Party councillor Charlie Bolton describing the motion as “an attack on children in the city”.

George Ferguson denied the policy was a “pet project”, pointing out the Liberal Democrats – who voted against the motion – had begun the introduction of lower speed limits before he was elected in 2012.

He insisted that despite the vote he would roll out the new limits as “speedily as possible” in consultation with neighbourhood partnerships.

“I will not put a child’s life at risk from the anecdotal use of statistics,” he said, referring to claims used by opponents that 20mph speed limits introduced in the likes of Portsmouth had made little difference to the number of traffic accidents.

Drivers in Bishopston, Cabot, Cotham, Clifton, Clifton East and Redland became subject to the new speed limit in January, with the mayor saying it would improve safety for pedestrians, particularly children.

Ferguson cited research from the Royal Society for the Prevention of Accidents which showed that while there is a 20 per cent chance of fatal injury when someone is hit by a car travelling at 30mph this reduces to 2.5 per cent if the car is travelling at 20mph.

Introducing the call to halt further extension of the new limits, Councillor Lesley Alexander said her Conservative Party were not opposed to lower speed limits in principle, but the dictatorial introduction across the city.

“They [20mph limits] are useful in certain areas around schools and where residents demand them,” she said. “But I say no to them being introduced to all of our network. They will lead to an increase in air pollution and give a false sense of security to our children.”

“I believe in democracy, not dictats from the centre,” she added.

But Cllr Bolton said the “case for 20mph is obvious and brilliant”.

“There is no doubt we need to shift the dominance of the car from our roads, and increase walking, cycling and making streets safer for children to play in,” he said.

Councillors voted 36 in favour of Labour’s amended motion to pause the roll-out of 20mph limits, with 20 against and five abstaining.