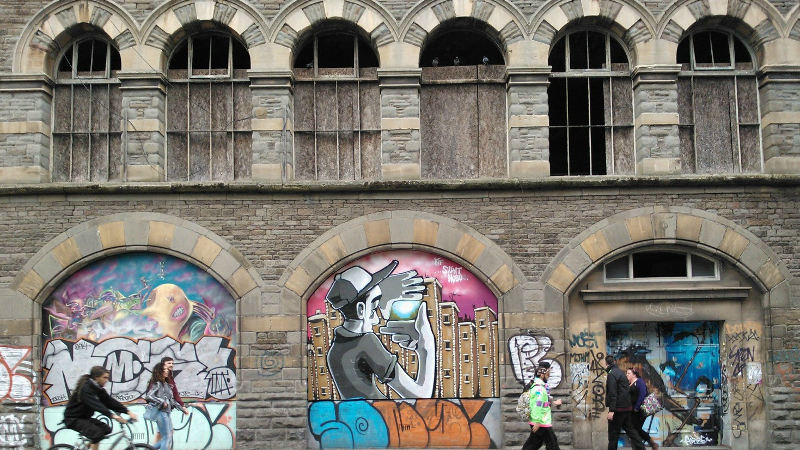 A former head of urban design at Bristol City Council has slammed the Fifth Capital proposals for the development of the Carriageworks site on Stokes Croft.

Costas Georghiou, who is now visiting professor of architecture and urban design at the University of Wolverhampton, says that Fifth Capital should be refused planning permission as their scheme is contrary to government and city council policies and the achievement of sustainable development in general.

In his objection to the planning application, Georghiou states that the proposed plan to transform the site into 118 flats and houses “suffers from numerous problems and shortcomings which would result in unacceptably poor living conditions for a large number of its future inhabitants”.

One of the main reasons for this is the impact of poor solar orientation. The flats will only have one external wall, which in many cases will face north-east and therefore away from the path of the sun.

Georghiou says that this is not only detrimental to the wellbeing of the residents themselves but also to their heating bills.

In contrast, the south-west facing apartment blocks will suffer from overheating in the summer from a lack of ventilation. They will therefore need mechanical ventilation which will result in costly energy consumption.

Other problems affecting the health and wellbeing of the residents such as inadequate space in the gardens of the three bedroom family homes, the close proximity of the refuse bin store and overshadowing of the communal open spaces have also been highlighted in the report.

Georghiou says that the plans will not only impact negatively on the residents of the area itself but also on the development prospects of adjacent sites.

The plans have put a three-storey apartment block only a metre-wide gap to the southern boundary of the site. Residents of Hepburn Road, who are worried about the proximity of the buildings, have also voiced this concern.

Georghiou believes that the plans should be refused as the proposals constitute over-development without thought to the living conditions of future inhabitants or to the overall sustainability of the site itself.