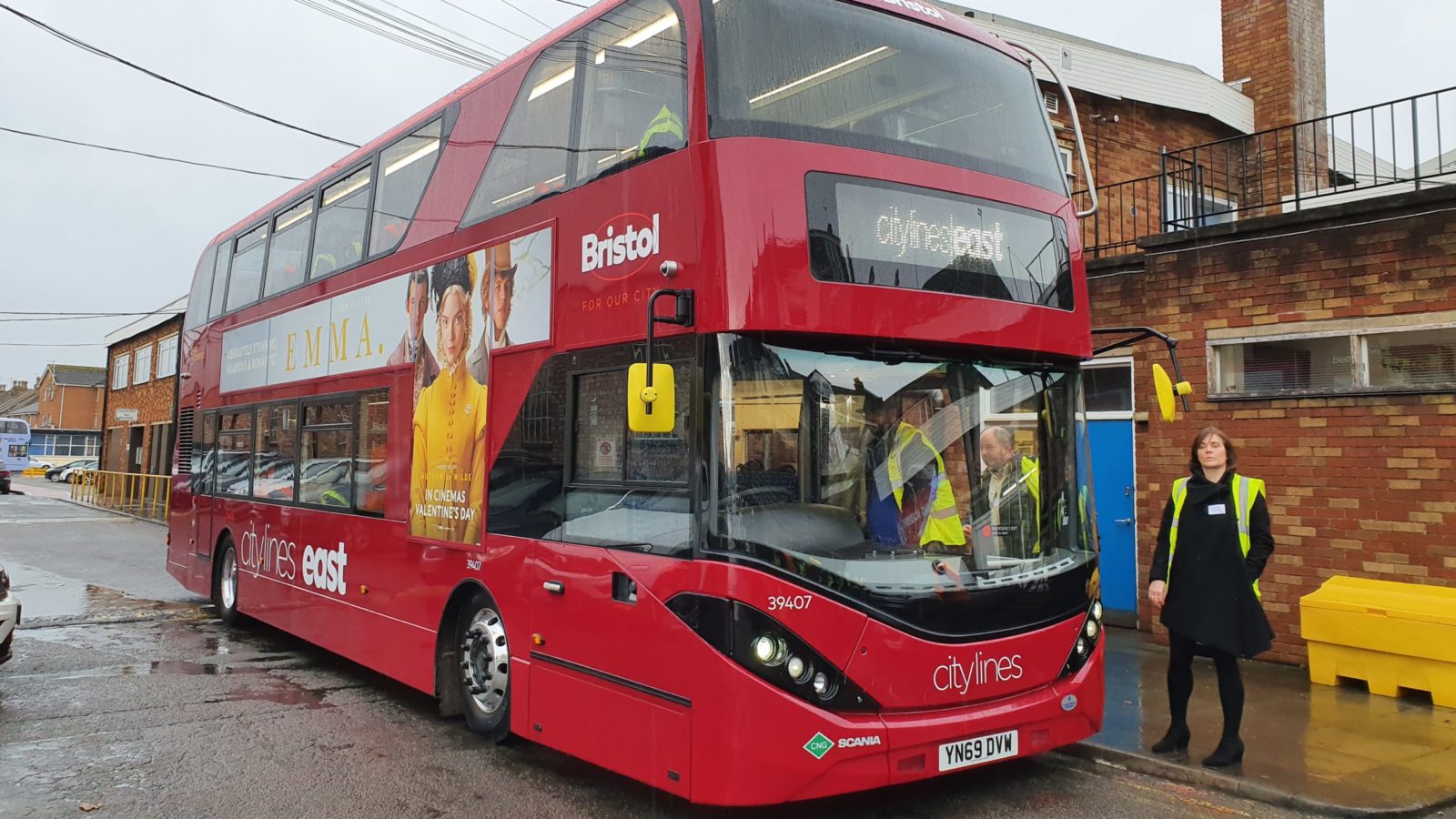 Bristol’s longest-serving bus depot was a fitting site to launch what is being hailed the future of transport in the city.

Clad in high-vis vests, First bosses, councillors and business leaders gathered in the vast hangar in Lawrence Hill on Monday morning for the official opening of a new bio-methane filling station and introduction of more ‘bio buses’ to the existing fleet.

Said to cut greenhouse gas emissions by 85 per cent, the bio-methane powered gas vehicles are fuelled by food waste and are a key element of the city’s drive to combat air pollution and become carbon neutral by 2030.

The new filling station will operate in tandem with the existing bio-methane station in Parson Street, which opened last summer, and the plan is to have a total of 99 bio gas buses running in the area by April this year – each with two wheelchair spaces and USB charging points. 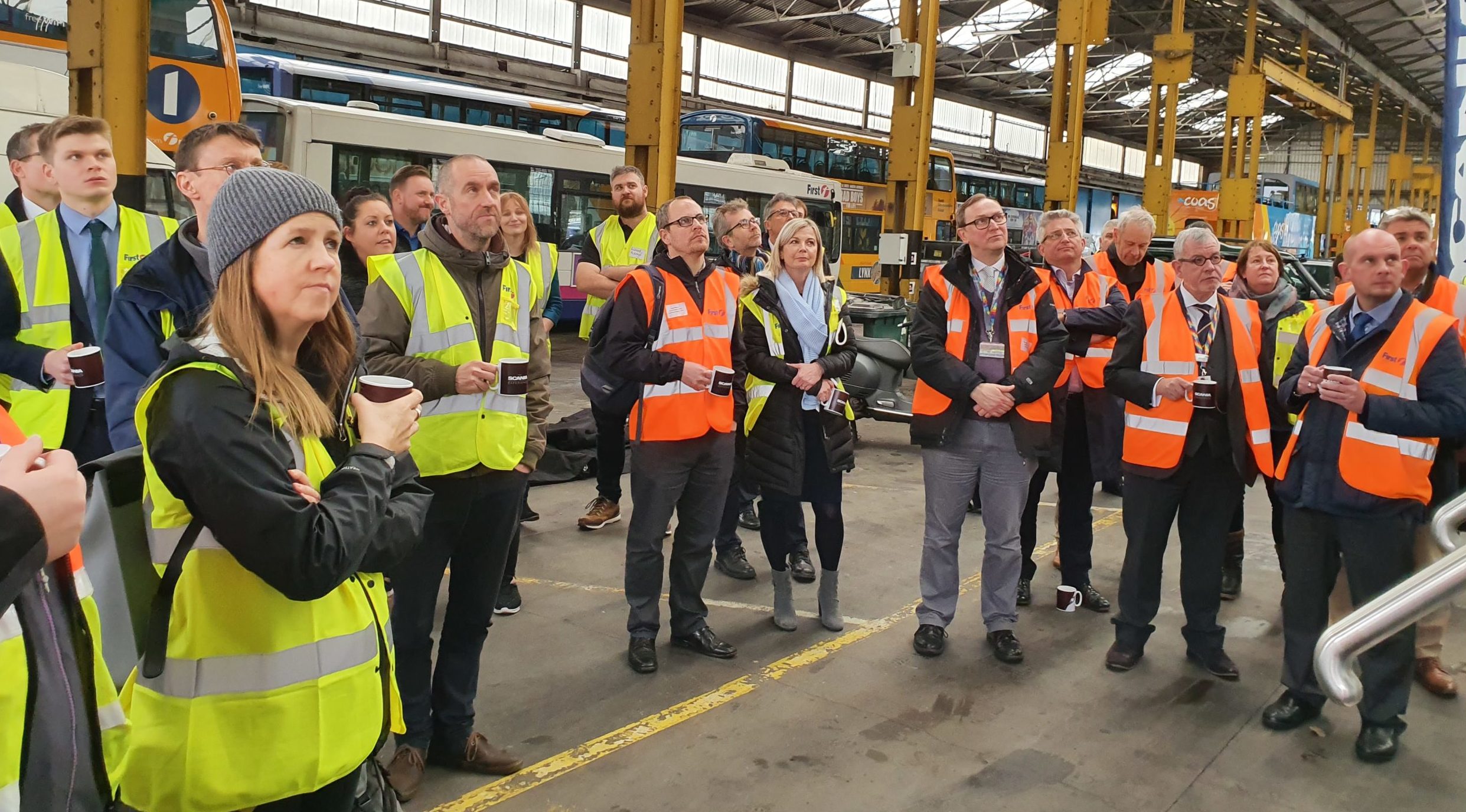 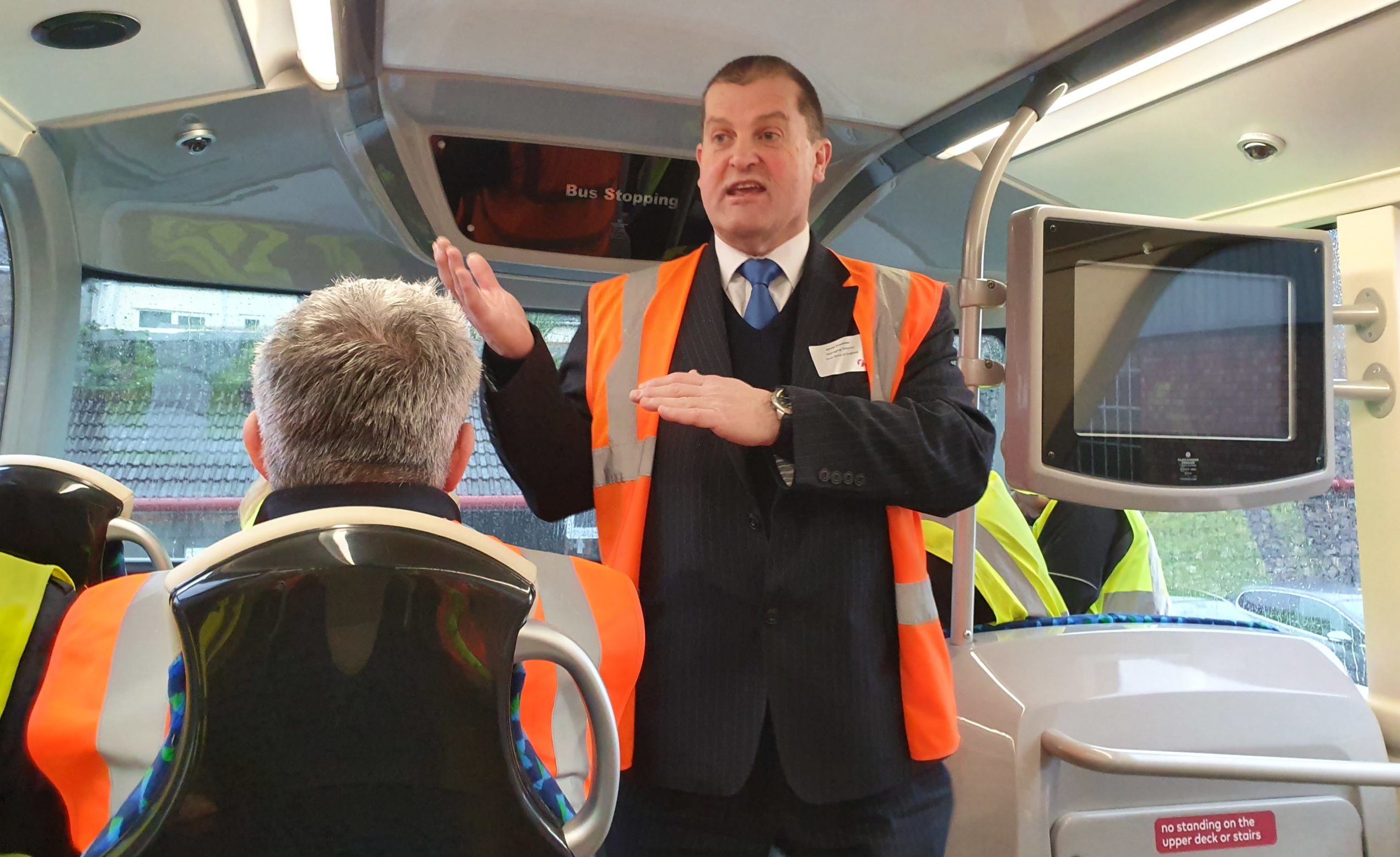 While the aftermath of Storm Ciara made its presence felt, dignitaries clutched hot drinks in branded mugs provided by Scania – the firm that made the chassis for each of the new buses – as First West of England managing director James Freeman spoke of his pride that Bristol is leading the way in pioneering greener public transport.

He said: “This second and larger-capacity facility is a crucial next stage in our bio-methane journey:  it means we can roll out cleaner, greener vehicles and contribute substantially to help clean up the local air.”

Freeman added that that new re-filling facility at the Lawrence Hill bus depot will also be available for use by other commercial organisations in the area.

The boss of the city’s main bus provider has called for public transport to get proper priority in order to solve the long-running problems with delays and unreliable services.

Speaking on Monday morning, Kye Dudd, Bristol’s cabinet member for transport, promised bus prioritisation is, uh, a priority for the council as it continues to hash out a bus deal for Bristol.

The move towards bio buses in Bristol represents a £28m investment over three years and was part-funded by a government grant of £4.79m through South Gloucestershire and Bristol City councils.

All aboard one of Bristol's new bio-gas buses in @FirstBSA's Lawrence Hill depot this morning. pic.twitter.com/gNiAAg3VvY

The region’s politicians have welcomed the investment, with Kerry McCarthy, the MP for Bristol East, calling it a “win-win” for communities in that part of Bristol and the city as a whole.

“It shows that taking steps to protect the environment needn’t come at a cost to passengers, with the new state-of-the-art bus fleet a real improvement on the diesel buses currently in service,” said McCarthy.

She added: “Investment in the new biogas station is also a positive step forward, putting east Bristol at the forefront of efforts to make Bristol a cleaner, greener city. There is still a long way to go, but investments like this will make a real difference.”

The first ten of the new buses came into operation on the metrobus m3 service early this year and the next 27 will form a “new citylines east Bristol identity”, replacing all buses currently running along Church Road to St George.

The new filling station, designed and built by Gas Bus Alliance, cost more than £2m and took around nine months to build.  It can provide 100 per cent compressed bio-methane direct from the mains to fuel up to 100 gas buses. 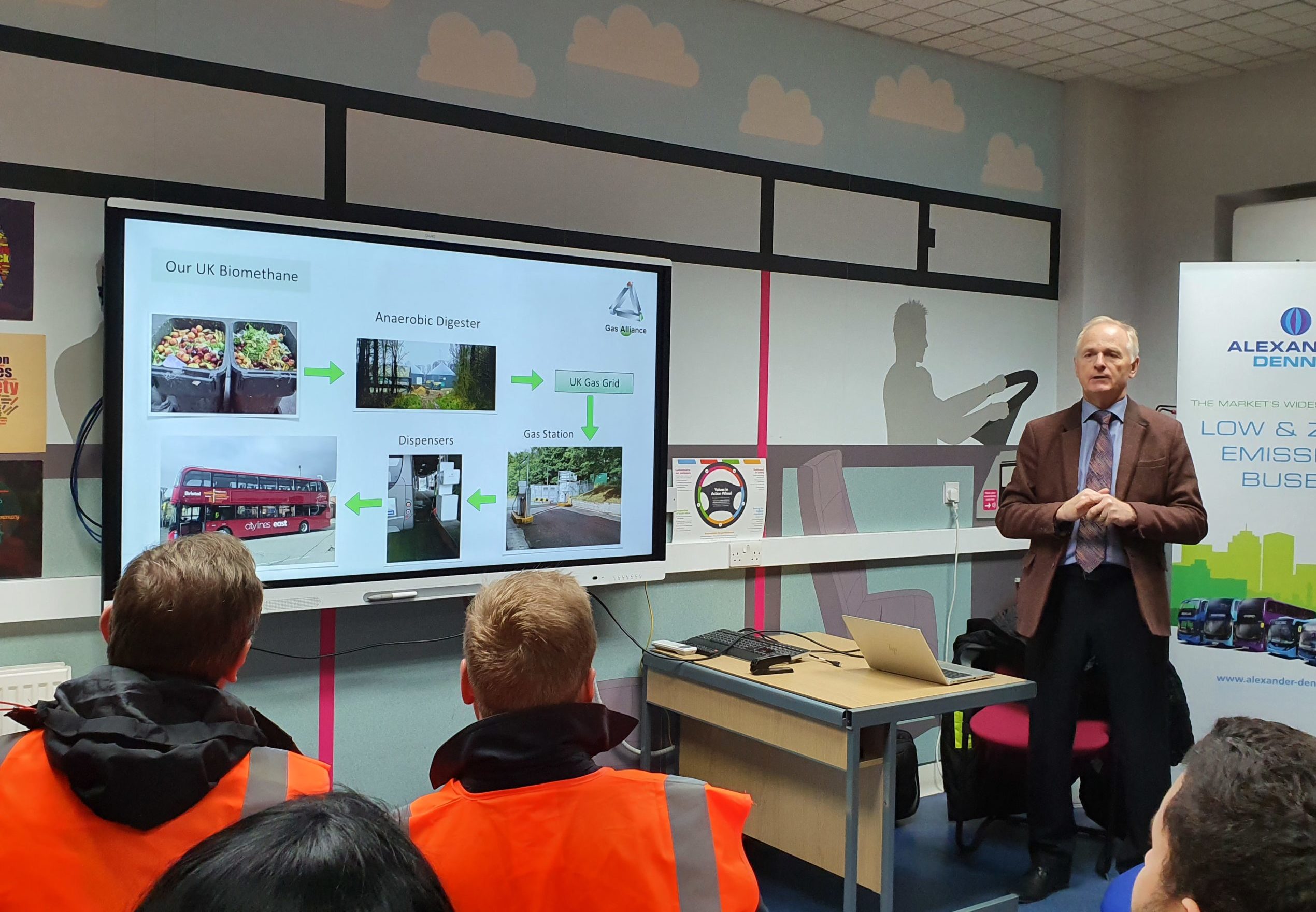 Making the case for the fuel on Monday, Tony Griffiths of Gas Bus Alliance, said it is the best and greenest option. He argued electric is not the answer, pointing out that only five per cent of electric vehicles batteries are currently recycled.

Speaking to the gathered group, Freeman conceded there is a strong argument to move the entire First fleet to bio buses, saying the scheme works best on a large scale. 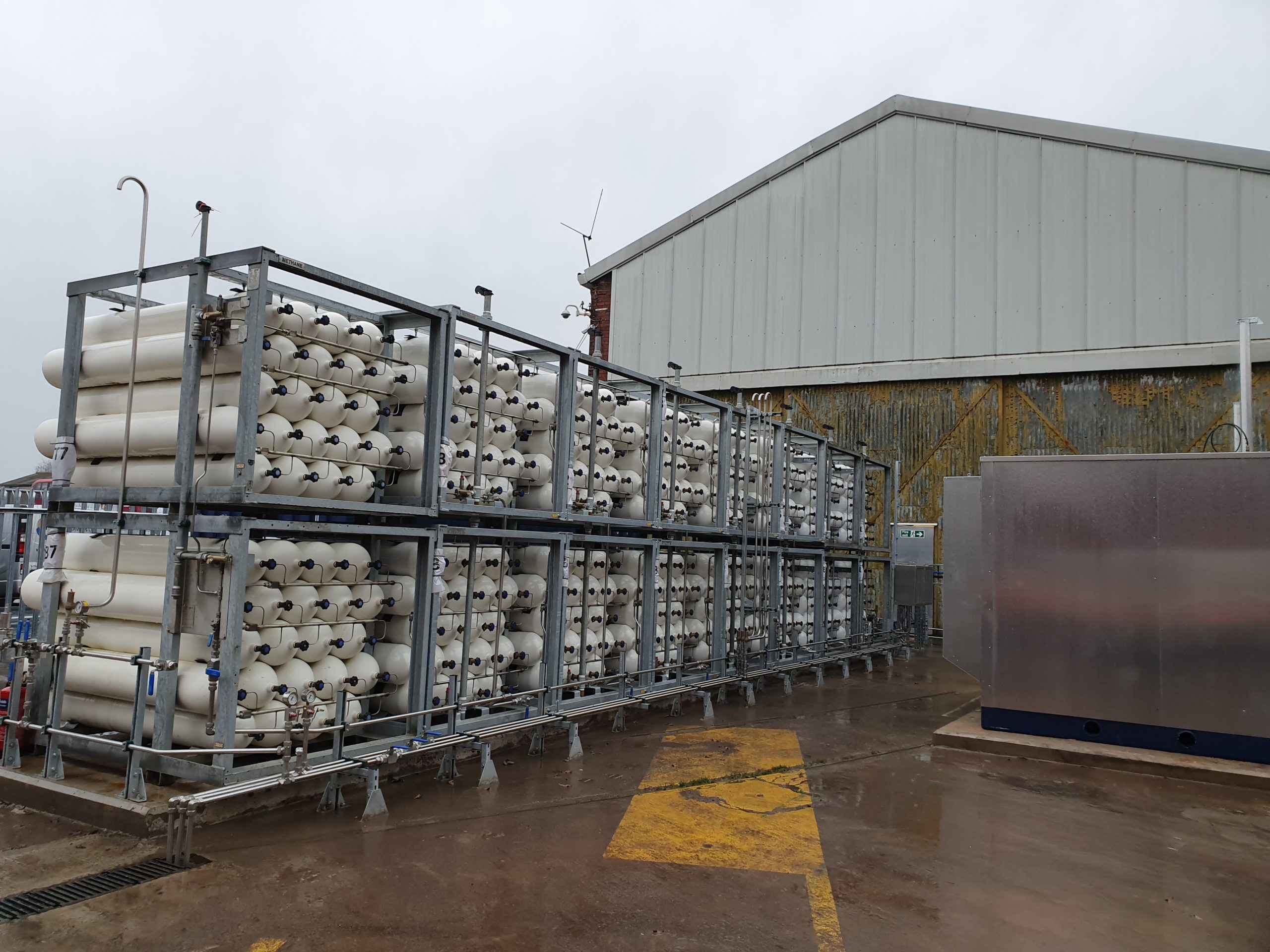 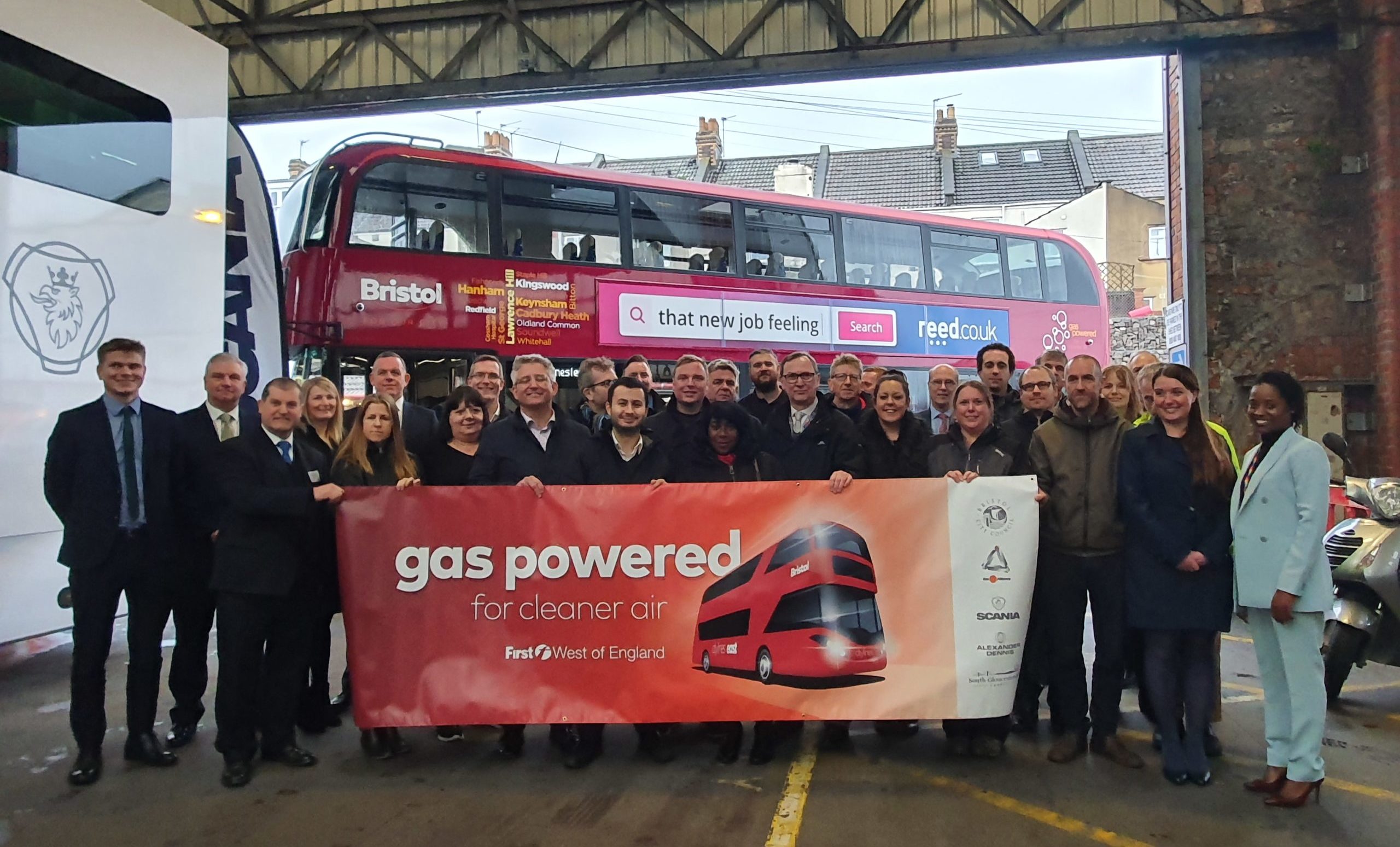 Read more: ‘The only answer to Bristol’s bus woes is to give public transport proper priority’