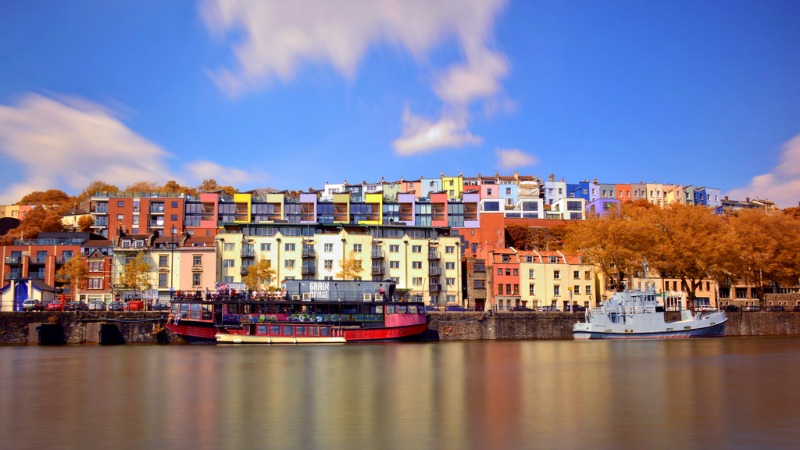 We recently reported that Bristol had been named the most inspiring city in Britain, but the city’s awards don’t end there. Over the past few years Bristol has been showered with accolades, from being named the kindest city to the best for dogs.

Ranked fourth in the world, Bristol was named ahead of all other UK cities as the most inspiring city. Mayor Marvin Rees said of the award: “I hope our ambition to create a more equal city where nobody is left behind inspires others to do the same.”

2. One of the most colourful cities in the world, Guardian 2016

With its hot air balloons, bountiful graffiti and bright buildings, the Guardian named Bristol as one of the most colourful cities in the world.

Bristol picked up the coveted title of best shopping destination. Cabot Circus, The Galleries and Broadmead as well as luxury stores like Harvey Nichols helped the city grab the title.

Surveying 4,000 adults from 19 cities, Bristol was named the ‘home of the Good Samaritan’ and seen as the kindest place to live, where people would be most likely to go to the aid of someone in need.

The Guardian named Bristol as one of the happiest cities to work in this year. “It has the buzz and culture of a big city while keeping the community feel of a friendly, close-knit town”, said Jonathan May, chief executive of Bristol-based company, Hubbub.

6. One of the top-five coolest cities in the UK, WebBlinds.com 2016

It’s hard to walk around Stokes Croft without bumping into a meticulously groomed hipster, so it’s not surprising the city has been named as one of the coolest cities in the UK.

7. One of the world’s best cities for street art, Independent 2016

Home to Banksy and with the city’s walls decorated in his work, it’s no wonder his name has drawn many other talented artists to the city. This led the Independent to name Bristol as one of the best cities for street art, not just in the UK but worldwide.

8. One of the most dog-friendly cities, Trust Housesitters 2016

With lots of beautiful walks, pet-friendly accommodation and many pubs that welcome dogs, Bristol is one of the most pet-friendly cities in the country.

9. One of the top cities for student nightlife, Telegraph 2016

Whether Lounge is your jam or Motion is more your scene, Bristol clubs have plenty to offer, with the Telegraph recently naming Bristol as one of the top cities for student nightlife.

It’s not just the nightlife that’s great for students in Bristol. Whatuni Student crowned the city as one of the best for city life.

Photo by University of Bristol

11. One of the most creative cities, CreativeBoom 2015

With the makers of Wallace and Gromit hailing from Bristol, it makes sense for the city to be listed as one of the most creative in the country.

Based on 20,000 reviews, Bristol has also been named by Whatuni Student as one of the best places to study in the UK.

13. One of the best places to raise a family, OneFamily HotSpots 2015

Bristol’s not just recommended for students. It’s also seen as one of the best places to raise a family, according to OneFamily HotSpots.

Less well known is Bristol’s status as a technological hub, but this was recognised by the Guardian last year when it called Bristol the UK’s ‘smartest city’.

As well as being named the kindest and most family-friendly city, Bristol has been given the title of Most Liveable City as it has the highest disposable income growth and one of the lowest unemployment rates.

The underground music scene is famous in Bristol, and the city’s rich musical culture was celebrated a few years ago by being put top of the PRS top-five.

Perhaps most excitingly, a few years ago Bristol was named overall as the best UK city to live in. We’d have to agree.

Photo by In Between Time