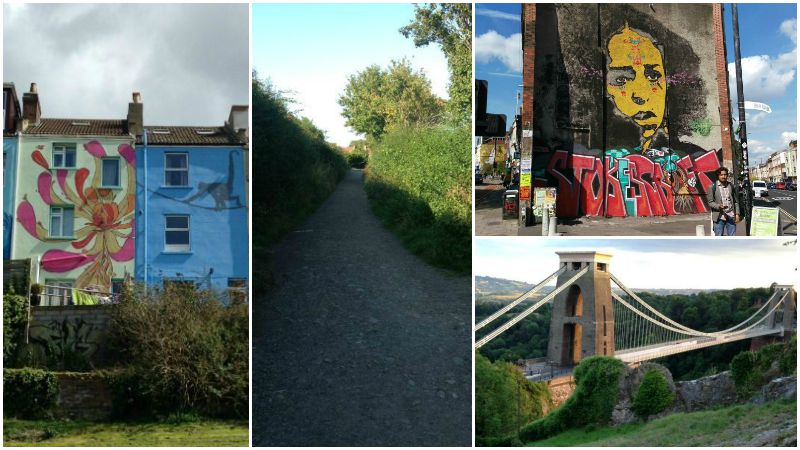 Do you know why where you live is called what it is? We’ve delved into the etymology of Bristol with some surprising discoveries:

The etymology of Bristol has quite a varied and colourful past. The oldest recorded name given to Bristol was Caer Odor, meaning the city of the gap. Bristol then became known as Bricstow, from 1064 to 1204, with the Saxons thereafter changing the city’s name to Brcyg Stowe, referring to ‘a place by the bridge’. Given the notable presence of the Clifton Suspension Bridge, this seems particularly apt.

The name Avon derives from a word which means ‘river’ in British Celtic (the spoken language in Britain before English became commonplace).

First recorded as Brodemede in 1383, the name refers to one of two things. It can mean quite simply broad meadow, or by contrast, it might refer to a type of woollen cloth specifically made in Bristol called Brodemedes. Interpret as you see fit.

Bedminster’s name has religious roots, and comes from a monastery, founded by the monk Beda, where lepers were sent in the 15th century. It can also be traced to the old British word for baptism, bedydd.

The clue is mostly in the name, Bishopsworth takes its name from the Old English for ‘bishop’s farm’.

Brislington originates from Beorthelm’s farm. Beorthelm, was a bishop in Winchester in the 10th century, although, of course, you knew that already.

We hate to disappoint but no, nothing to do with cat brains. The amusingly named Catbrain actually comes from the Middle English Cattes Brazen, referring to a rough clay mix used in soil at the time.

Both Coombe and Dingle translate as a wooded hollow in Old English, originating from the 13th century and beyond.

In the Domesday Book, Clifton was recorded as Clistone, with the meaning originating from the village’s position on a hill. For anyone familiar with Park Street, we can all unanimously agree that Clifton is definitely an appropriate name.

Fishponds was once home to ponds before they were filled in the 17th century, hence where its name comes from. One of the ponds was filled in upon the then Duchess of Beaufort’s request, after a child unfortunately drowned in one of them.

Recorded way back in 1257 as Fromscawe, then soon becoming Fromeshaw, its name means woods on the Frome.

Henbury’s spelling has varied over time before it finally settled with the current name. In 692, Henbury was known as Heanburg, before being recorded as Henberie in the Domesday Book, and then transforming into hean byrig, which in Old English means ‘high fortified place’.

Kingswood gets its name from what was once a vast royal woodland in the Saxon era.

Knowle comes from the old English word for hillock, which means a little hill.

The name originates from 1208 when King John founded a leper hospital in the name of St Lawrence.

Mangotsfield gets its name from ‘Mangoda’s field’. However, who Mangoda may have been, is another matter entirely.

Looks like the sky is on fire by my house! #sky #sunset #uk #bristol #patchway #pretty #sun #england #home

Patchway’s name refers to the home of a mysterious Paecca, whose background remains unknown.

The name Redcliffe is a nod to Bristol’s glass making history, as it refers to the very same sandstone cliffs used to extract sand for glass along the Floating Harbour.

Saw this at 7am today #Bristol #BalloonFiesta

There is a lack of consensus as to the origins of Redland. Known as Rudeland in the 11th century, it could come from the Old English for ‘cleared land’. Then again, there are also others sources that suggest it was also known as Thriddeland or even la Rede Londe, which is thought to relate to the red soil colour.

There are Latin origins for the name of little old Sea Mills, we’ll have you know. First recorded in Latin in 1411 as ‘molendin’ voc Semmille’, this translates as a ‘mill called Semmille’. Potentially not as exciting as it first sounded.

Known simply as Hampton from 1284 to 1455, it’s thought that this comes from the Old English for home or major farm, ham-tun.

The name Stapleton comes from the Old English and translates as the farm by the post.

Stoke Bishop, Stoke Gifford and Bradley Stoke all have parts that derive from the word ‘stoc’, which means hamlet or settlement, This sheds some light as to why Bristol has taken to naming so many of its areas with this name. Or it can also translate as a dairy farm, so take your pick.

The name Stokes Croft derives from John Stokes, a medieval mayor of Bristol in the late 14th century who also owned the land.

The name Totterdown is fairly self-explanatory: it is thought that it simply refers to the locals who would be ‘tottering down’ towards the city from the steep hill.

This one is gorgeous! Buddleia! And how come I didn’t know Warmley was so lovely? #shauninthecity #shaunthesheep #bristol

Rather bizarrely, it’s thought that the name Warmley refers to a forest full of reptiles.

Westbury-on-Trym, once known as Westberrye super Trim in 1621, translates as a fort on the River Trym, simply put.

The name quite straightforwardly means exactly what you would expect it to mean – ‘white church’. However, up until the 12th century it was also known as Filton, with the name relating directly to hay farms.

And last on our list is Withywood, which derives from Old English for a wood filled with willow trees.