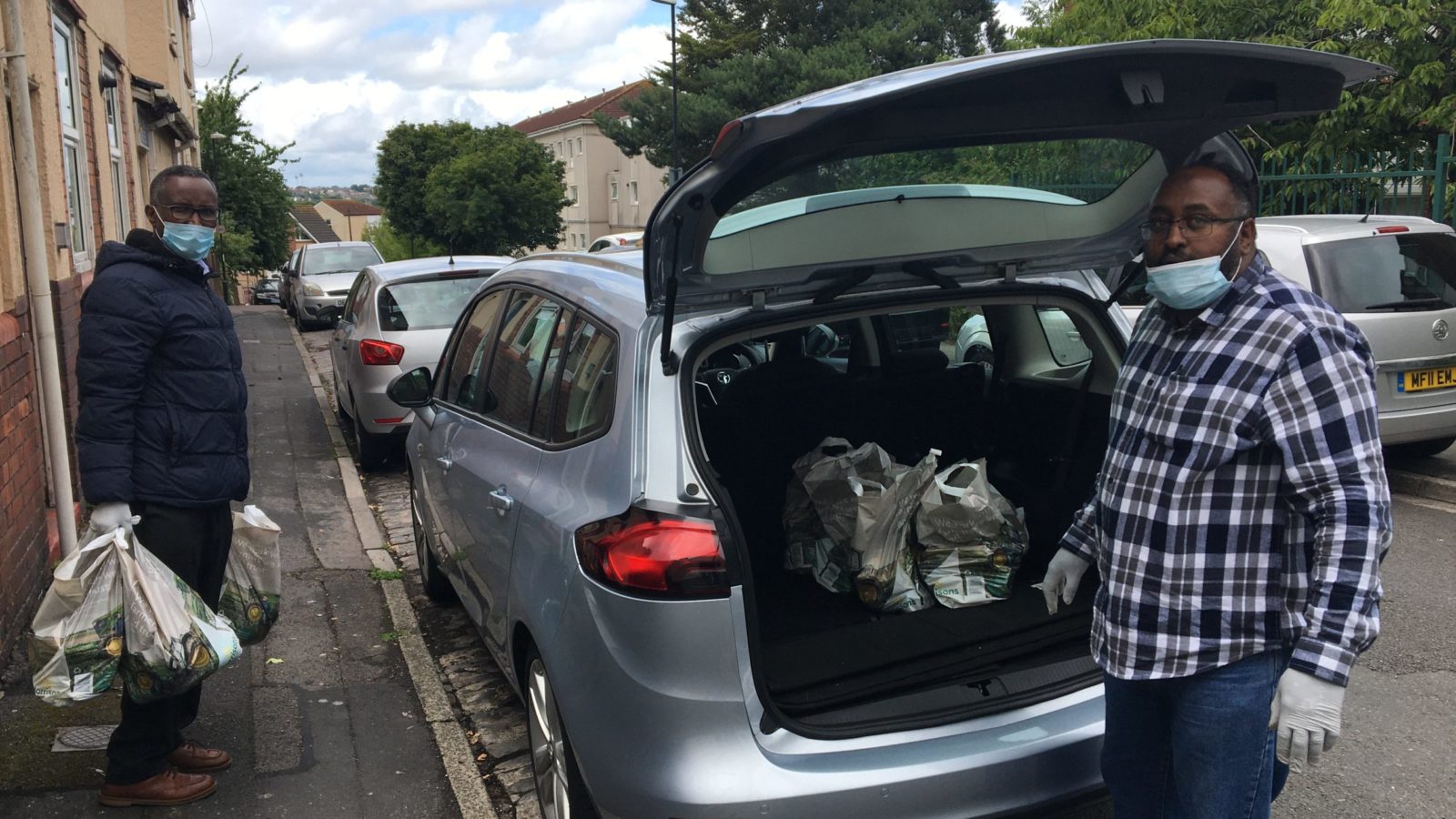 Community groups have been leading work to provide vital supplies to some of the most vulnerable people throughout the city as the lockdown has exacerbated levels of poverty.

Saed Ali, chair of the Bristol Somali Resource Centre (BSRC), decided a few days before lockdown to set up a task force with just a handful of volunteers to help some of those struggling by providing food boxes.

“It was a community-led initiative at the start,” explains the Barton Hill resident.

“Almost 200 people gathered on WhatsApp. Several members of the Somali community donated £20 each and we also had £5,000 of funding from the Bristol charity Quartet Community Foundation.

“It was a way of helping vulnerable people in the city because it is very hard for them to get sufficient food because of the lockdown and for some of those who have underlying medical conditions are unable to go and get their prescriptions from the pharmacies.”

@BristolSomaliRC envisaged the number of families who need support will decrease exponentially as the lockdown eases. But the irony, we began to realize the the trend is indicating otherwise🆙️. 32 families👨‍👩‍👦‍👦 were supported in this week alone, & support will continue regardless pic.twitter.com/eCc0kwgNjv

Saed has a couple of colleagues working with him at BSRC. One of them, Abib, gave an insight into why many people now require their help.

He said that people were already struggling because many Somalis, as well as others from ethnic minority backgrounds, find they can only get work in the gig economy, even if they are highly qualified.

“Many of them are care workers, cab drivers, bus drivers, security guards, warehouse workers and so on,” says Abib. 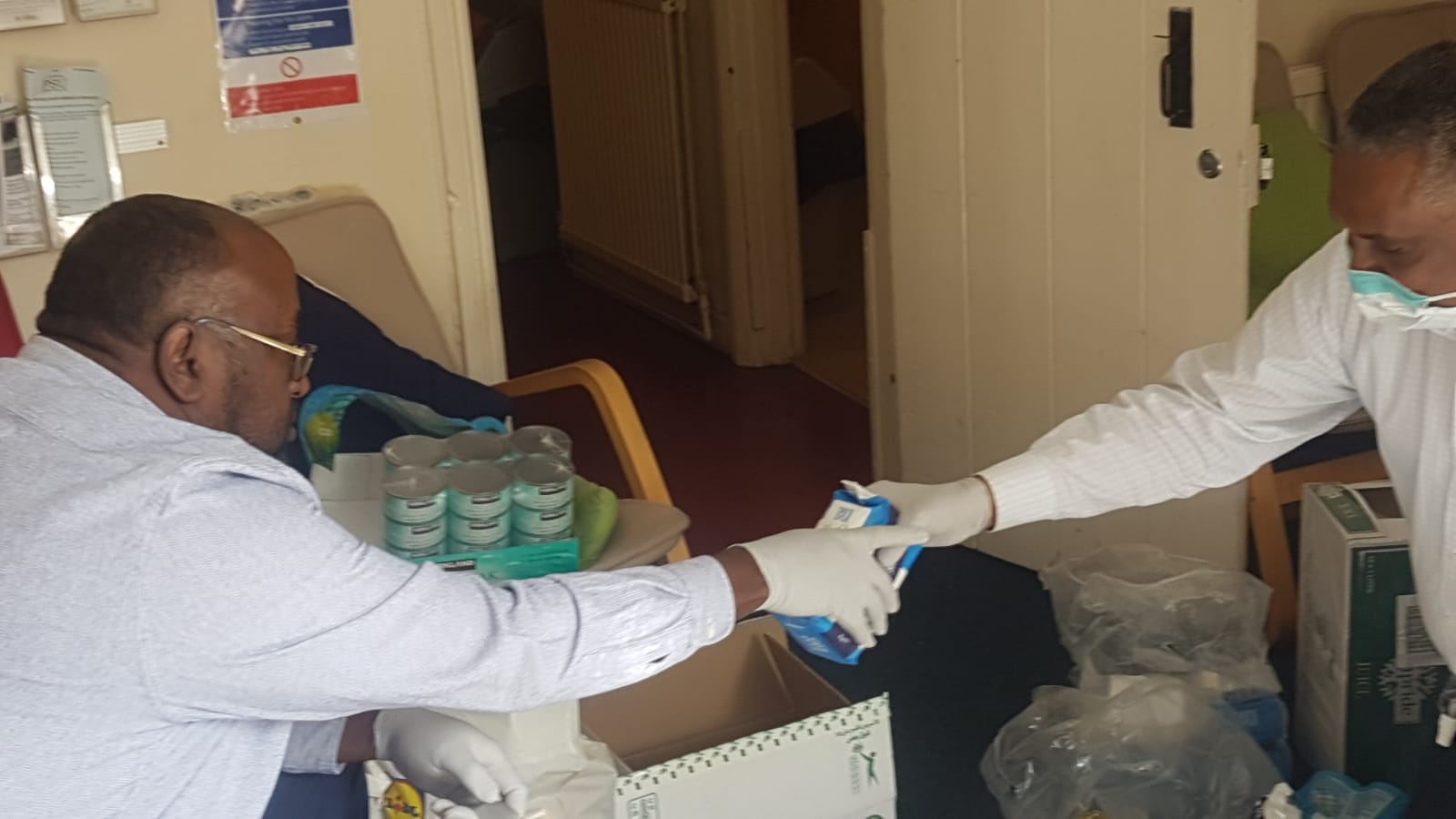 At the BSRC one Friday afternoon, Saed and his co-worker, Abdullah, are alone in a room piled with Morrisons bags with their handles tied.

“Depending on the size of the family, we will deliver either one or two boxes. They include essential items like rice, pasta, cooking oil, tuna, cleaning products, tissues and gloves,” explains Saed.

One of the people receiving help from the task force is Muhya Hussien. He has a wife and three young children. Before lockdown he was working as a caretaker in a school in Bristol and as a taxi driver for Uber.

The school laid him off without any pay. He is still trying to work as a taxi driver but says that in two or three hours he might only get one job worth around £5-8.

He has a limited amount from Universal Credit since the start of lockdown.

Saed says his team has now reached out to more than 500 individuals or families, regardless of their origin or background. 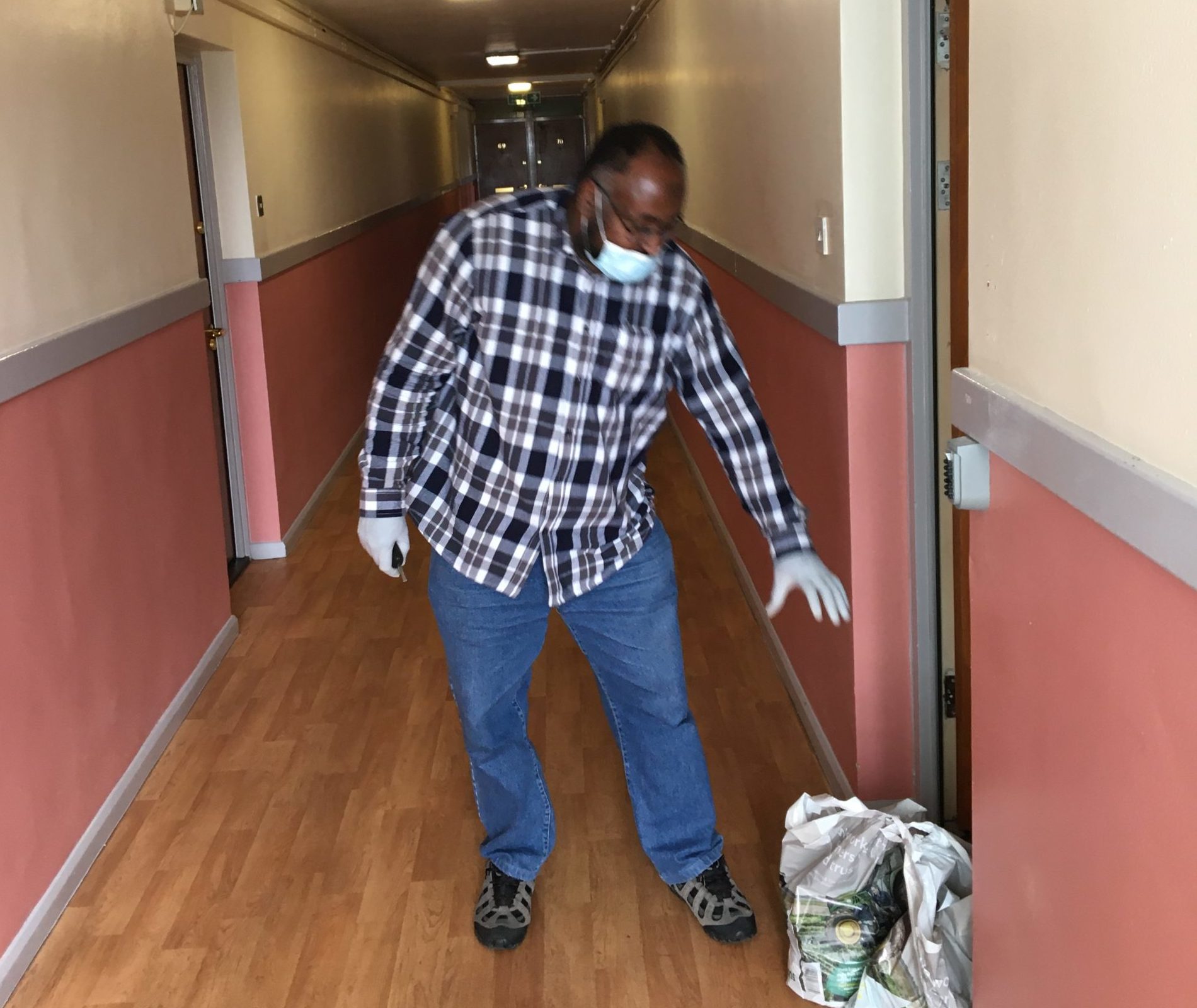 As Saed was doing the rounds to deliver to various households, they have often given him the names of others who are in similar circumstances.

He has visited almost every area of Bristol and beyond. The gratitude from people is evident when he turns up on their doors.

At the time of writing, Saed is still making daily visits for those in need and is always positive, laughing and chatting as he works.

He says since the lockdown has started to ease, his small team has seen a 50 per cent rise in those requiring basic provisions.

“We are struggling in terms of budgeting,” he says. “We will still try to accommodate those people. Surprisingly when we are expecting it to decrease the number has gone up.” 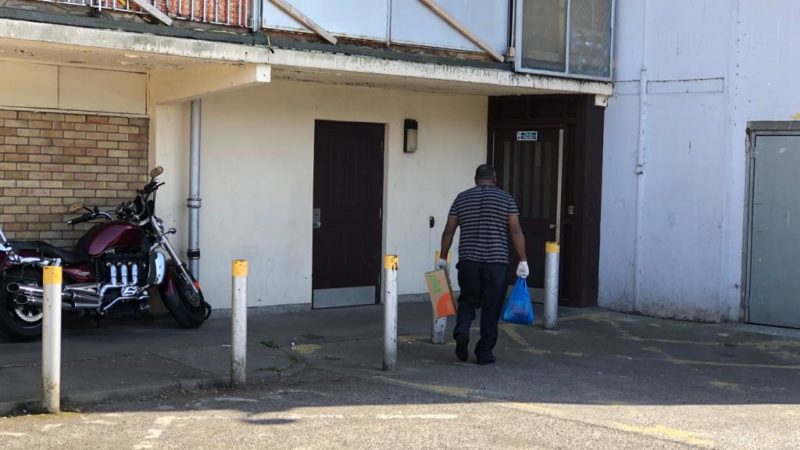 Saed and his team continue to supply food for those in need, but they say budgets are running low – photo by James Rogerson

Read more: The St Paul’s group offering a vital lifeline to those in need