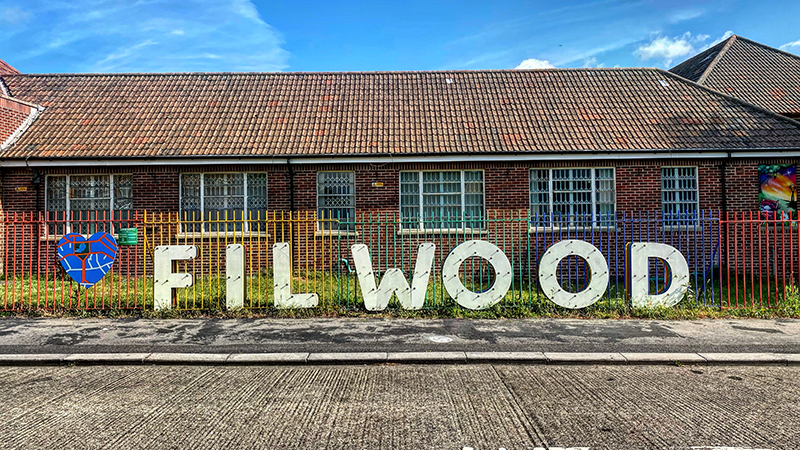 As you walk up Filwood Broadway, the street at the heart of Knowle West, you’re greeted by seven large letters. They proudly spell out the word ‘FILWOOD’.

And now the Hollywood-style sign is set to be joined by a walk of fame on the Broadway, putting Filwood on the map as Bristol’s home to the stars.

The Walk of Hearts and Stars will shine a spotlight on those in the area who have gone above and beyond to lend a hand during the Covid-19 crisis. It will also pay tribute to those in Knowle West who have lost their lives over the last few months, giving them a special place in the community’s heart.

Local people are being asked to nominate who they think should get a place on the walk of fame, and a Facebook group has been set up for them to have their say. Nominations are open until August 9. 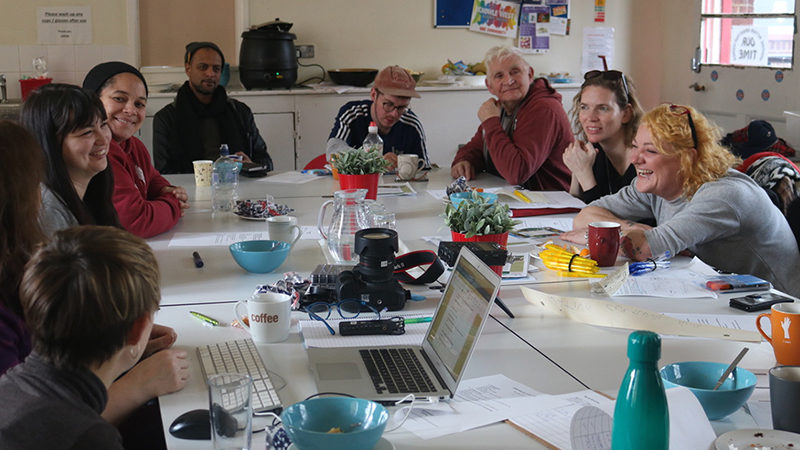 The idea for the walk of fame first came from a group of local residents called Filwood Fantastic, who are working together to change their community in creative ways.

Makala Cheung, from Knowle West, is the group’s leader and says their vision for Filwood to be Bristol’s version of Hollywood was something that emerged naturally.

“We all felt that Knowle West is great and we all wanted to help it shine, showing off what it’s good for and that we deserve the same as anyone else,” she says. “And then someone was like, ‘who needs Hollywood when you’ve got Filwood?’, and we all just went with it.”

The walk of fame, Makala adds, is not just something being done in jest and fun: “It’s also to put us up on that plateau and say, ‘Hollywood is revered as this amazing place where all the stars are and anything can happen, and that’s where you go to achieve your dreams. So why can’t Knowle West be as well?’”

Local organisation Knowle West Media Centre’s KWMC: The Factory has been tasked with putting the walk of fame in place, and it is hoped it will be completed by the autumn.

“The aim is to showcase the Walk of Hearts and Stars as a physical installation along Filwood Broadway, incorporating light-up, interactive elements,” says KWMC: The Factory’s Fiona Dowling. “The final design will be developed with local people through a process of co-design and collaboration.” 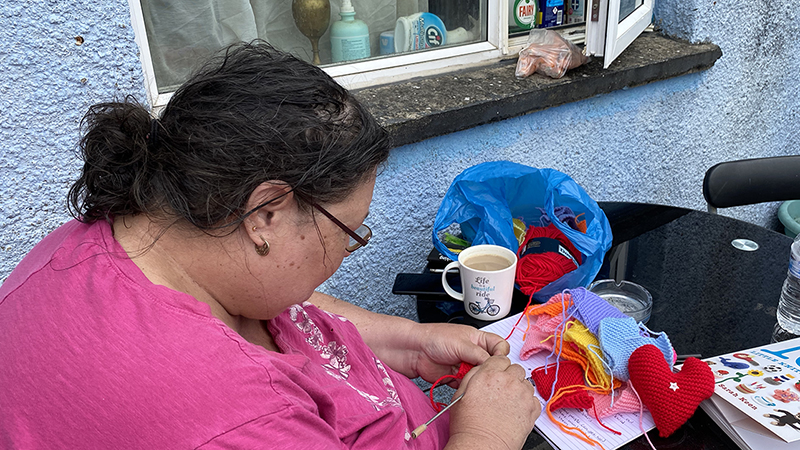 Knowle West resident Julie Atkinson is knitting hearts for those who have been helping out in the community amid the coronavirus crisis. Photo by Charlie Watts

KWMC: The Factory will also be working with local people to knit hearts to give to those in Knowle West who have helped out in the community over the last few months, something started by local resident Julie Atkinson.

“I think it’s brilliant because many people don’t get praised enough for what they do and something like that, getting a heart, is just a thank you. It’s knitted with love,” says Julie. “You could be feeling really down but you give somebody something which has taken you not long to make and it puts a smile on their face. That is priceless.” 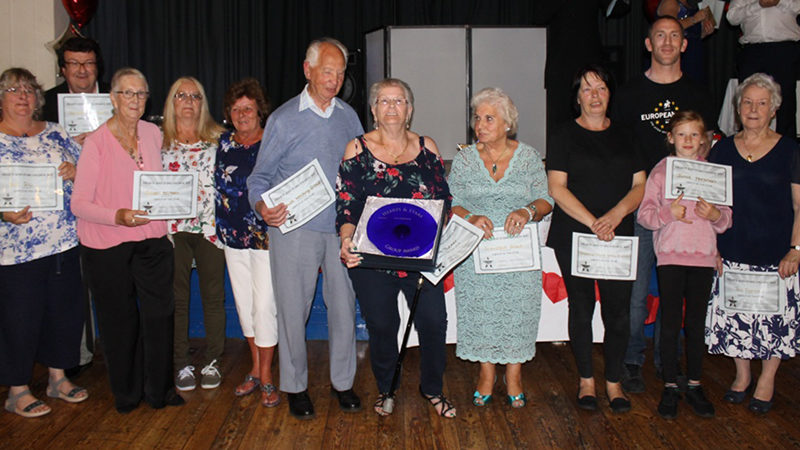 The walk of fame is inspired by the Hearts and Stars awards ceremony, which recognises Knowle West’s unsung heroes. Photo by Knowle West Media Centre

“I’m a little bit gutted as we always look forward to the ceremony, but I do get we can’t go ahead with it this year,” says awards organiser June McNeill. “The Walk of Hearts and Stars will be a bit different to what normally we do, but hearts and stars will be given out.

“I think it will be very nice for the people that get them.”

A Facebook group has been set up to for people to nominate who in Knowle West they think should be recognised as part of the Walk of Hearts and Stars. Nominations close on August 9. Find out more by visiting www.facebook.com/groups/heartsstars

Charlie Watts is reporting on Knowle West as part of Bristol24/7’s community reporter scheme, a pilot project which aims to tell stories from areas of Bristol traditionally under-served by the mainstream media