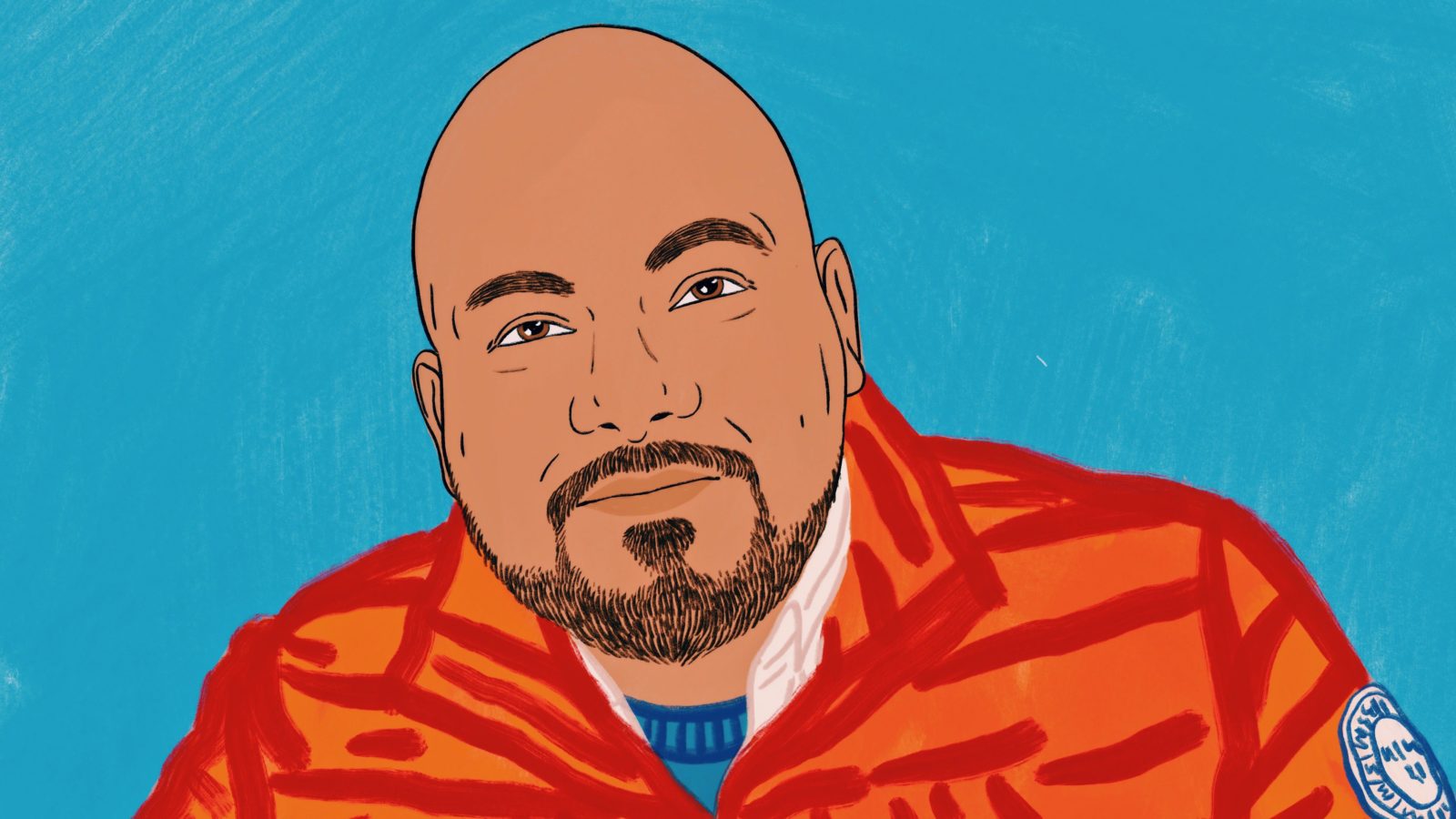 Naseem Talukdar is a man who knows where his priorities in life lie. Right now in Fishponds, that’s in pouring the perfect cup of tea, but on any average day it could be working to feed Bristol’s homeless population, launching a campaign to eradicate plastic pollution or putting the world to rights over curry.

Entering the Porto Lounge on Fishponds Road early one recent Thursday morning, Naseem greets me with a beam and warm embrace, pausing to scan the menu before opting for just a pot of English breakfast tea.

“You can’t beat a cup of tea,” he says when the pot arrives, pouring the hot liquid out with admirable precision, setting his hat and gloves to one side on the table and settling in to talk about his ongoing projects. How he went from being a regular nine to five IT worker, to a charity pioneer, campaigner and spokesperson.

“All my life, I was very naïve and shy and I never had the guts to just go and say to homeless people ‘do you want anything?’,” says Naseem.

“Then someone else put a shout out on Facebook, saying ‘I’m going out to take some sandwiches to people on the streets.’ I went and met him in a car park by Cabot Circus to help.”

That was a pivotal moment for Naseem, who has gone on to found Feed the Homeless and now has teams out every weekend providing hot, home-cooked meals for those in need. The charity was nominated for a national diversity award in 2018. 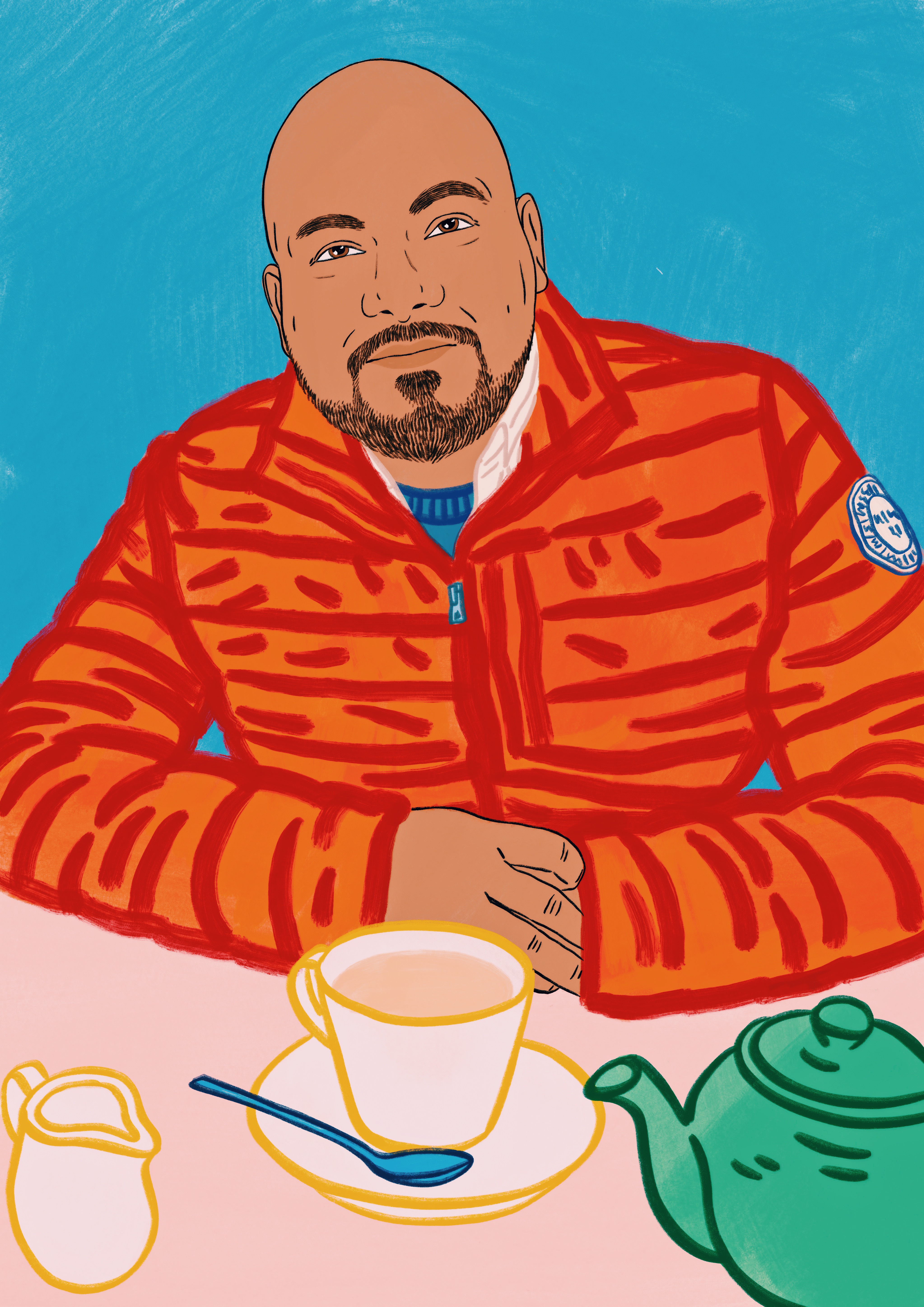 Born and brought up in Kingswood, it was at college in the mid-90s that Naseem first started engaging with people about social issues.

“I then went to study at UWE,” continues Naseem. “It was completely different people there – I was a bit of a nerd and I just barely graduated.”

Despite this, his computer skills were very much in demand and Naseem was fast carving out a successful career for himself, with jobs for Airbus, First Great Western and KPMG, before having a radical re-think about his life.

“I looked back and thought, is this where I want to be in 20 years?” explains Naseem, who now works on a freelance basis for three days a week and dedicates the rest of his time to his charity work and family.

Taking a contented sip of tea, it’s clearly not a move he rejects. “As humans, we should not be wasting our lives working five days a week and getting hammered at weekends. We should be exploring and improving.

“My friends thought I was crazy, they were making money and buying new cars and I was downgrading my finances and my expenses.”

Speaking about the ethos behind Feed the Homeless, Naseem says: “My parents migrated in the 60s from Bangladesh. They are involved in the restaurant trade, as are much of my family. I wanted to provide something more than a sandwich.

“Slowly, I had more people turning up with boxes of food and blankets. People I would never meet in any other way, and they are the most extraordinary family now.

“Families take it in turns to cook meals every weekend and that’s what we specialise in – home-cooked food. What we would give out to another family or friend is what we want to give.

“We are really fortunate, people in Bristol are amazing.”

He believes engaging young generations and raising awareness of the issues around homelessness is key, saying that prevention is better than cure.

Naseem moves on to talk about his latest campaign: Plastic Pollution Awareness and Action Projects, a charity he founded at the end of 2018 that is dedicated to raising awareness of and tackling the scourge of plastic pollution.

His passion for the issue is evident and he engages a wide audience through curry and conversation nights.

“It just has to stop,” says Naseem. “We have over 55,000 takeaway places in England and many are not aware of the harm plastic does. Recycling is not the answer, prevention is the answer.”

He believes that the current ‘bottom-up’ approach that leaves it largely to consumers to make sustainable choices is wrong and argues a ‘top down’ approach is needed.

“I want to eradicate plastic pollution from the fast food industry and I think we all need to take responsibility for it,” he says with determination. “We need to change the whole system and we need customers to be part of that change.”

Naseem points out that the European Parliament has recently voted to ban single-used plastics across the EU. “If they can do it, why are we behind?” he questions, taking his final sip of tea. “I’m happy to take it all the way to parliament.

“It’s important, it’s something we really should worry about because our future is at stake.”

Read more: ‘We must eradicate single-use plastic from the fast food industry’