Since opening in 2016, Wapping Wharf has swiftly become one of Bristol’s most popular new areas – with more than 250 new homes currently being built. Here’s what a typical day looks like.

1am
Box-E – recently awarded a Michelin Bib Gourmand – locks up for the week on a Sunday morning. Customers may have left the restaurant at 11pm, but the big clean down takes several hours, sometimes aided by a glass of fizz.

7.30am
The first flat white of the day is served at Little Victories.

8am
On Saturday mornings, bread goes into the oven at Bertha’s. The oven – which was handcrafted in Naples – constantly stays above 250-degrees, with the residual heat from the night before used to cook the bread.

8.30am
A superfood smoothie from The Juice Box is as good as a hit of coffee to start your day well.

9am
Loch Duart salmon is precisely filleted and portioned as the sushi section at Seven Lucky Gods starts its day.

9.30am
A Breakfast Stack is ordered at Pigsty: this is a Jolly Hog Proper Porker sausage patty and Black Treacle Double Smoked bacon, black pudding, potato rosti and a fried egg served with baconnaise in a brioche bun.

9.45am
Hilary Truss walks back to her home in Wapping Wharf from a morning gym session, treating herself to a cappuccino and croissant at Assembly Bakery. 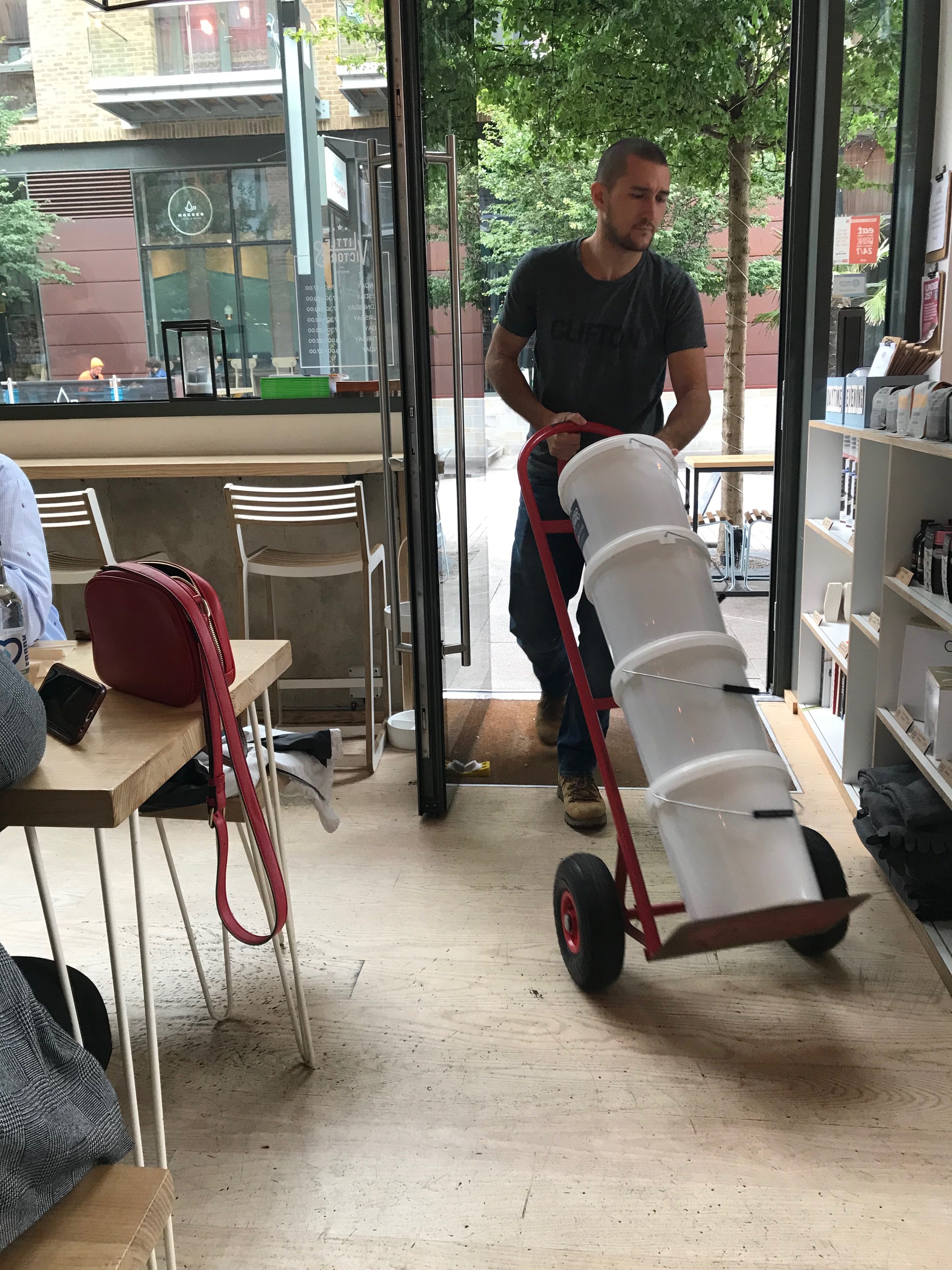 10am
Shambarber gives its first beard trim of the day.

10.30am
Before she opens The Bristol Cheesemonger, Rosie Morgan hosts a cheese wedding cake tasting for a couple due to get married in a few months. Rosie’s shop was named UK Speciality Cheese Retailer of the Year at the 2017 Great British Cheese Awards.

11am
The latest cake is put onto the counter at Mokoko. In the cafe’s open-plan bakery, unique cakes are created to be enjoyed at Wapping Wharf and also at their two sites in Bath.

11.30am
It’s time for a coffee and a cake on the sofas in the cafe at Better Food, catching up on the latest goings-on in Bristol24/7’s monthly magazine.

Midday
Polly Meech from Loop Massage gives a post-natal recovery massage. “We get to know quite a few of our regulars,” she says. “It’s amazing how many we’ve seen through huge life changes. That they trust us enough to make us an essential part of such occasions is humbling.”

12.30pm
Today’s special, plaice a la Donostiarra, is served for lunch at Gambas, accompanied by a glass of the wine of the month, the organic Phlox 18 from Vins de Taller in north-eastern Spain.

1pm
John Kelly from John Kelly 1880+ talks a customer through some of the oldest jewellery he currently has for sale, including an Art Nouveau brooch from 1905 and a rock crystal-set silver ring made in Denmark in 1973.

1.30pm
The Pickled Brisket serves another of its award-winning sandwiches. Their beef is cured for two weeks and then slow cooked for 12 hours, with the Reuben featuring blow torched Swiss cheese.

2pm
The Mighty Quinns Flower Emporium sends a bouquet to a customer via bicycle.

4.30pm
Time for the team at Box-E to have their staff dinner before service starts. Jacket potatoes are the staff favourite.

5pm
The first after-work pint of cider is enjoyed on the terrace of Bristol Cider Shop.

5.30pm
The first cocktail of the day is served at Little Victories. A current staff favourite is the pina colada old fashioned with coconut-washed Mount Gay rum from Barbados.

6pm
Those in the know get to Squeezed early for dinner. In February, owner Alex Hayes was named Burger Chef of the Year at the National Burger Awards.

6.30pm
A regular customer pops into Fig 1 looking for a special gift for their mum’s 60th birthday. The shop stocks 1,800 different items at any time, with local makers including Cardnest and Hannah Turner. 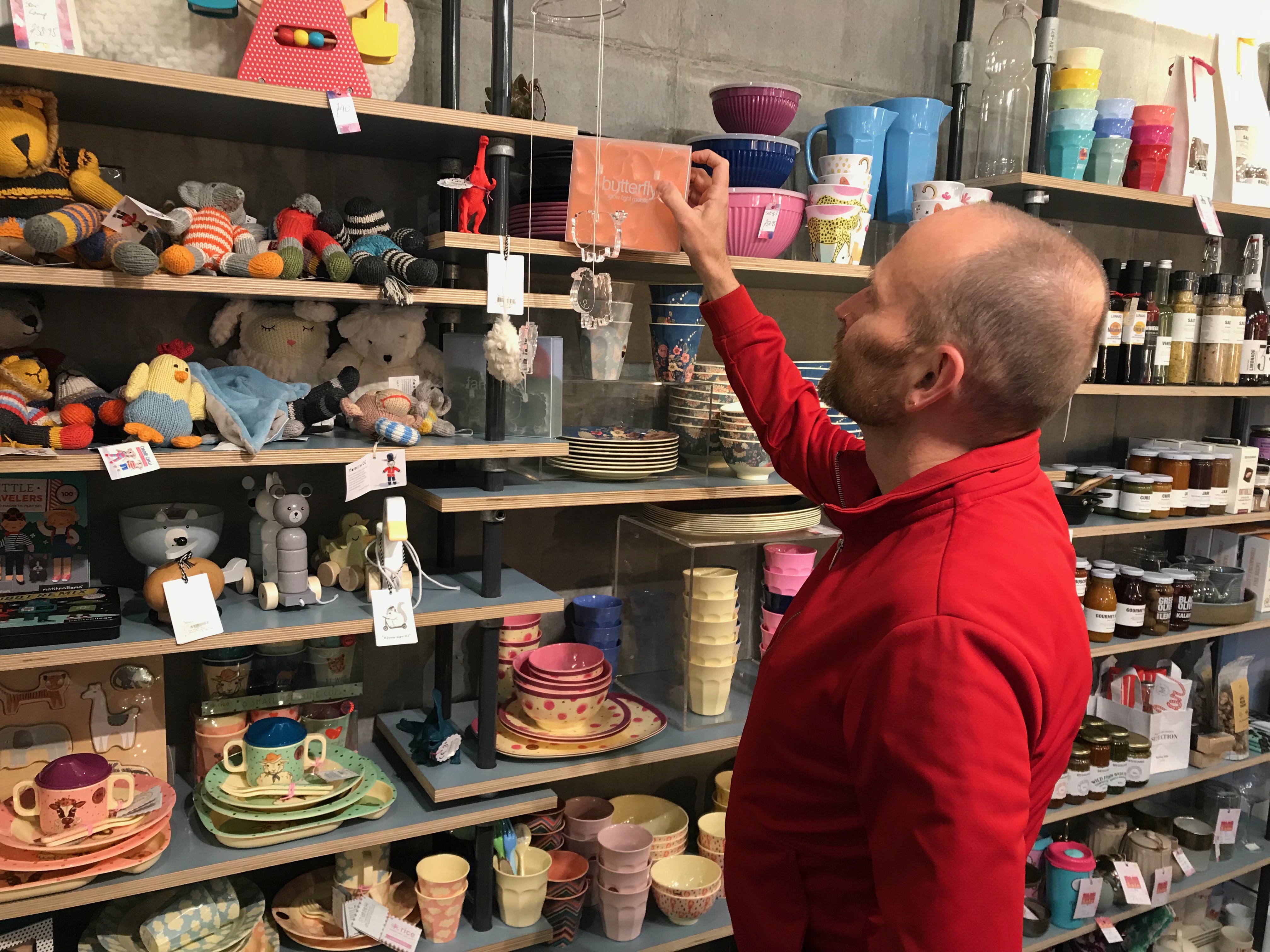 7pm
Cured sea bream is on the menu at Root this evening, alongside dill, pickled cucumber and chilli.

7.30pm
A last dash by a thirsty regular to The Beer Necessities to get a few cans to take home.

8pm
Time for a round of mezcals at Cargo Cantina.

8.30pm
The final sherry of the day is served at Corks at Cargo. Wines, beers and Spirits can all be drunk by the glass or by the bottle here with a corkage fee.

9.30pm
Jerk chicken at Calypso Kitchen is served on the bone, having been marinated for 48 hours, blackened on the grill and served with slaw and rice ‘n’ peas.

10.30pm
Twenty-two draft beers are on offer at any one time at Wild Beer, making a difficult choice for a first-time visitor.

11pm
The last souvlaki is served at The Athenian.

The next phase of homes at Wapping Wharf has now launched, with prices starting from £255,000 for a one-bed flat. Wapping Wharf Living is a joint venture between developers Umberslade and Muse who have secured £23.4m funding from Homes England towards phase two. For more information, visit www.wappingwharfliving.co.uk