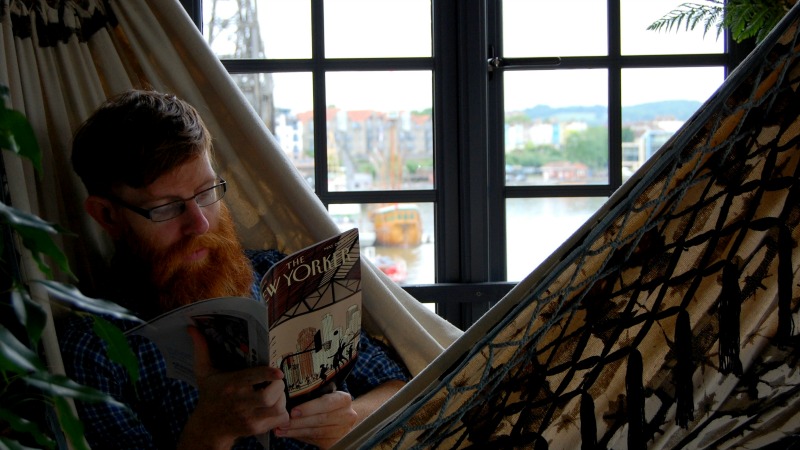 The Deliveroo cyclist bringing a precious cargo from Swoon was having a bit of difficulty finding his destination. I tried to explain: “It’s a treehouse. On top of a crane.”

Even saying those words out loud seemed like a dream, but this crazy dream three years in the making has now become a reality and Bristol has a small taste of the countryside right in the heart of the city centre.

Finally craning his neck upwards as he made his way from one end of the M Shed to the other, the delivery cyclist saw his destination for the first time.

“I never knew this place even existed,” he gasped as he handed over the ice cream.

A little bit of magic has gone into creating Canopy & Stars at Crane 29. So much so that it’s almost as if only those who believe in the magic can actually see this incredible place.

If it causes gasps from the outside (and this is what it must feel like driving a yellow Lamborghini around, such is the number of people looking up and taking photos), from the inside it is even more special.

This is a pocket of peace and tranquility; an evening offering nature’s warm embrace; something completely unique but located somewhere so familiar.

A ‘woodland walkway’ is the most surprising and enchanting area of the treehouse, the curving path surrounded by ferns and ivy left, right and above your head.

One of the many books inside the treehouse explains Shinrin-Yoku, the Japanese concept of being soothed by the forest. Even in the middle of BS1, I’m a convert. 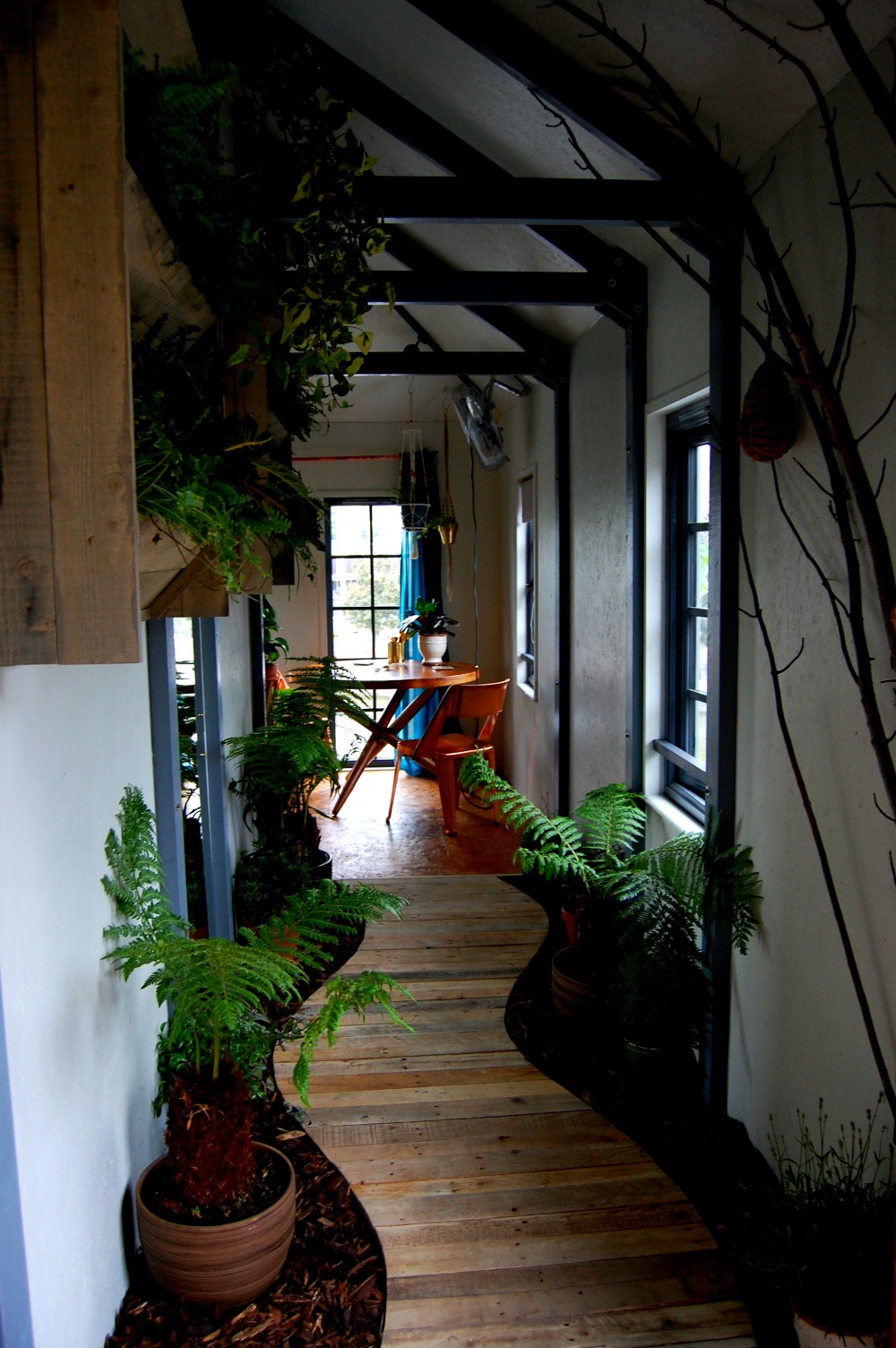 Lie in the hammock at one end of the living room and take in the view. It’s as if the treehouse has been built on top of the Floating Harbour, with no better place to watch the stand-up paddleboarders and ferries floating by below or the sun go down over Brandon Hill in the distance.

Scents, sights, sounds and textures give a sensory experience like no other. You can even connect the iPad to wireless speakers hidden among the foliage for the sound of the dawn chorus recorded in a shepherd’s hut in Somerset.

Drawing the blinds come the morning, sunlight streams into the bedroom. Next to one window is the crane cabin, while out of the other is the M Shed and the start of the temporary footbridge over Prince Street Bridge. Two reminders that you really are still in Bristol, just now in a state of serenity far removed from the nine to five.

Two white dressing gowns hang from a tree branch repurposed as a coat hanger in the bedroom, while the bed itself has been carved from a single tree and like many other elements here is completely bespoke.

On the curved wooden shelves, pot plants battle for space with books such as Calm, The Language of Flowers and How to Hygge.

A morning shower within a tin shower cubicle features handmade shower steamers designed to release calming natural aromas as the hot water comes cascading down from a watering can.

A breakfast hamper provided by Canopy & Stars includes a bowl of fruit, butter and jam, and a loaf of Hobbs House bread and Orchard Pig fruit juice from nearby Better Food in Wapping Wharf.

Breakfast is best enjoyed on the tree trunk coffee table, found in its original form in a farmer’s field by Bristol craftsman and carpenter Ollie Macdonald, whose handiwork is part of what gives the treehouse its magic.

Bristol is waking up for a new morning and it will soon be the heart-wrenching time to leave this little bubble of nature in the city.

Canopy & Stars at Crane 29 is a space that makes you love the natural world so much more than when you first stepped foot inside a dreamlike treehouse clinging to a reminder of Bristol’s industrial heritage.

As well as being a new convert to Shinrin-Yoku and a continued fan of ice cream delivery, I am now a firm believer in magic. It’s the only explanation for this treehouse that will disappear at the end of the summer as the first leaves fall off the trees. 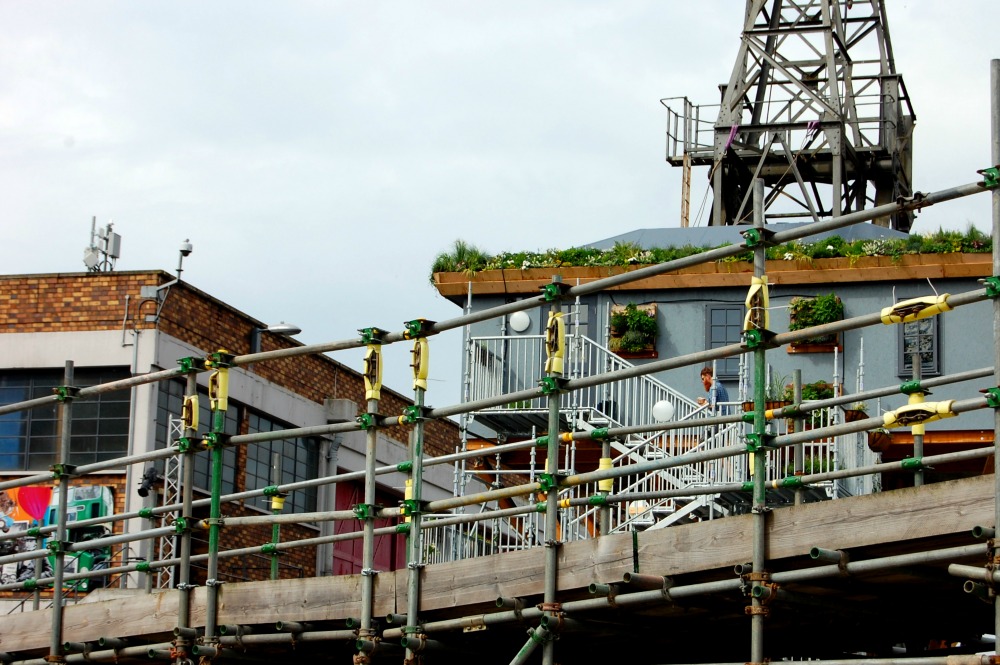 To register for the ballot to stay in the treehouse, visit www.canopyandstars.co.uk/crane29. A night’s stay costs either £185 for a weekday or £250 for a weekend, with the final ballot open until July 3. All profits from Canopy & Stars at Crane 29 will go to Friends of the Earth.