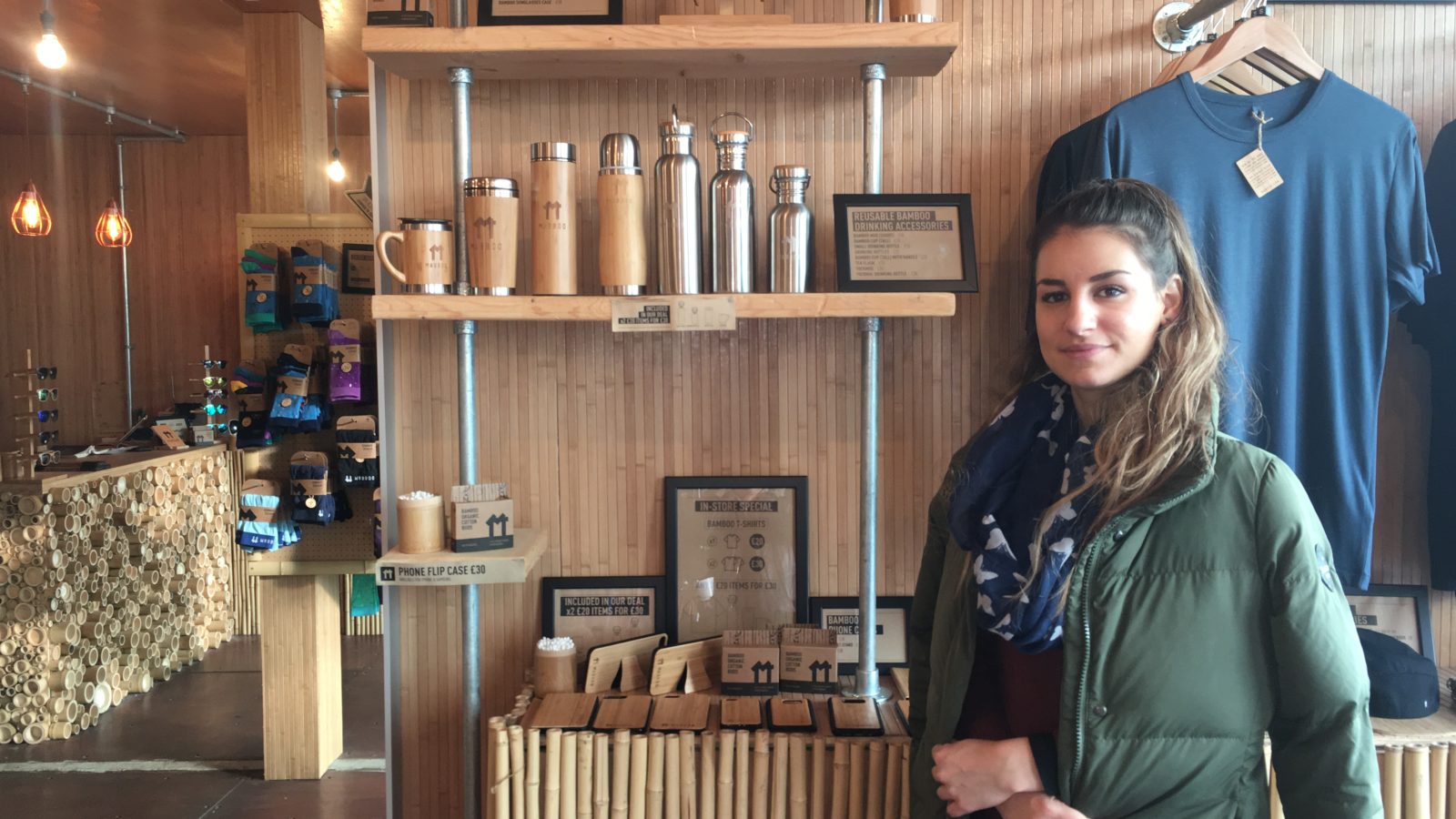 Occupying one of the many shipping containers filled with independent businesses in Wapping Wharf is the environmentally conscious bamboo clothing and accessories shop, Mabboo.

The shop is an oasis of calm in the busy, vibrant district. The walls are lined with an array of bamboo products, from socks and sunglasses and cotton buds to calculators, each carefully displayed to catch the customer’s eye and introduce them to this new eco-friendly world without any plastic in sight. 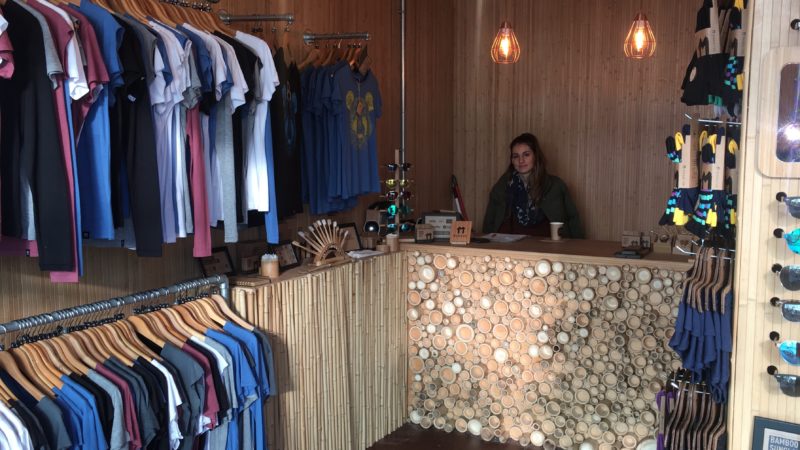 The interior of Mabboo at Wapping Wharf, featuring the popular bamboo T-shirts

Founded by Somerset-born Ed Cheney, whose mum’s family all come from Fishponds, the name of the shop is an anagram of ‘bamboo’ with a simple logo that incorporates the Chinese character for bamboo.

Ed’s bamboo journey first began in the couple of years he lived in China and taught English, from 2008-10. This was where he stumbled upon bamboo textiles and discovered the limitless possibilities of the organic plant. “It’s the world’s fastest growing plant and it grows 100 per cent organically. I think it’s just quite a cool plant,” he says.

Ed was also influenced by the difference in our treatment of the environment between the two countries. “I realised how lucky we are in England with the environment,” he says. “I mean I was quite lucky I that I lived in a coastal city in China so the air was pretty good, but there are certain places where it’s really bad.”

Inspired to be the change and stop contributing to the further harm of the planet, Ed conceived the idea of a shop that only sold bamboo products and began researching the suppliers that he wanted to work with. He set up a website for Mabboo, and after moving back to the UK and joining his twin brother in Bristol, ordered a shipment of bamboo T-shirts to sell from a stall on Corn Street and at the Tobacco Factory Sunday Market.

With this experience under his belt, including doing 21 consecutive days on a market stall in Broadmead, selling T-shirts in the snow in the lead-up to Christmas, Ed realised there was a want for the type of sustainable products he was offering. “I just saw that there was a lot of people thinking more consciously about making more environmental choices and more ethical choices when it came to their purchasing,” Ed says. 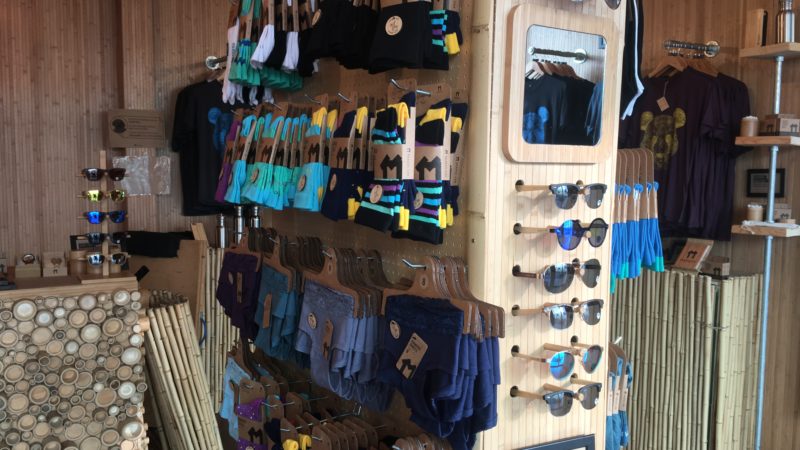 Some of the products on display at the Wapping Wharf shop, one of two that Ed now owns in Bristol

Looking around the Wapping Wharf shop, there are a plethora of products to choose from. According to Ed, some of the most popular are the incredibly soft bamboo T-shirts and bamboo toothbrushes. Recently launched products, including bamboo organic cotton buds, have gained recognition rapidly due to people’s heightened awareness of the issues of single-use plastics.

With the increasing popularity of sustainability has come a lot more shops – including big high street brands – cottoning on to the idea of using reusable materials such as bamboo. But Ed doesn’t seem worried about the competition. “There are companies that launch bamboo lines but there aren’t many business that focus solely on bamboo, so I think we do still stand out,” he says.

He’s far more focused on the positive impact of this trend: “You know you don’t want to grow up in a world where the environment’s completely neglected. It’s great how much focus is on plastic waste at the minute.”

Looking to the future, Mabboo hope to embed their products, including toothbrushes and cotton buds, into some of the major high street retailers. In terms of bricks-and-mortar shops, they are happy with two for now, but it’s not to say the company haven’t thought about one day eventually expanding.

For now though, this independent company will continue to do their eco-friendly thing. “We’re Bristol’s original and best,” Ed says. “That’s how we try and stand out.” 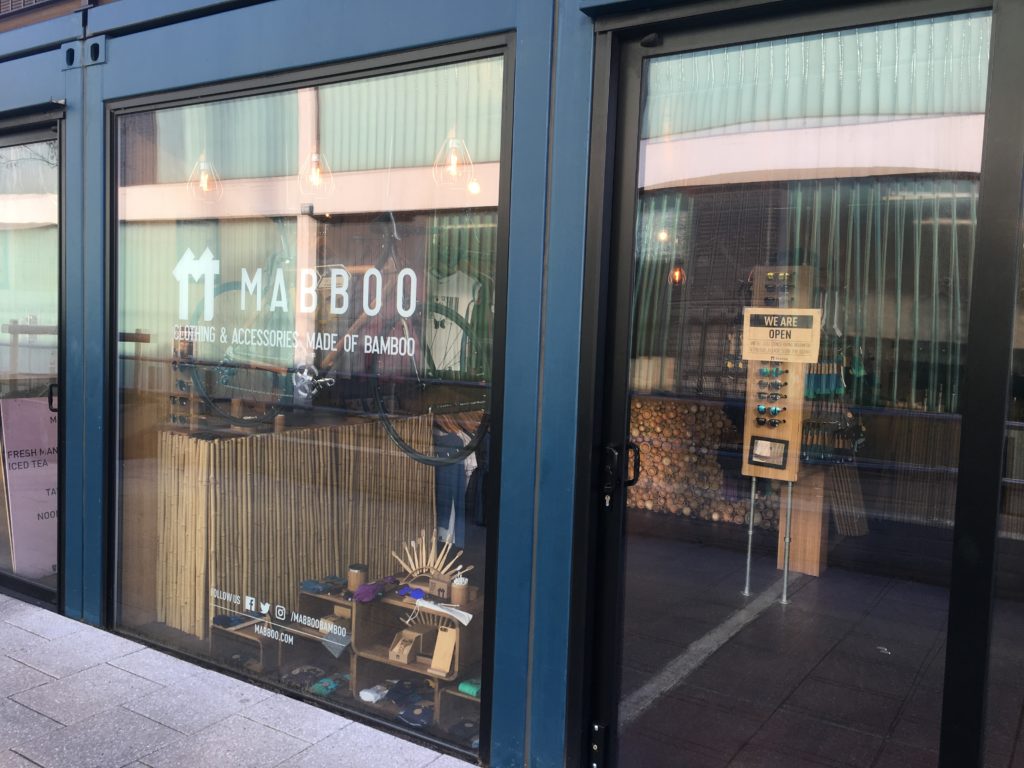