A demonstration demanding action on the rise of hate crime against LGBTQ+ people is set to take place in Bristol this weekend.

The demonstration is a call to LGBTQ+ people to rise up; a defiant response to the rise of LGBTQ+ hate crime and abuse in the UK. 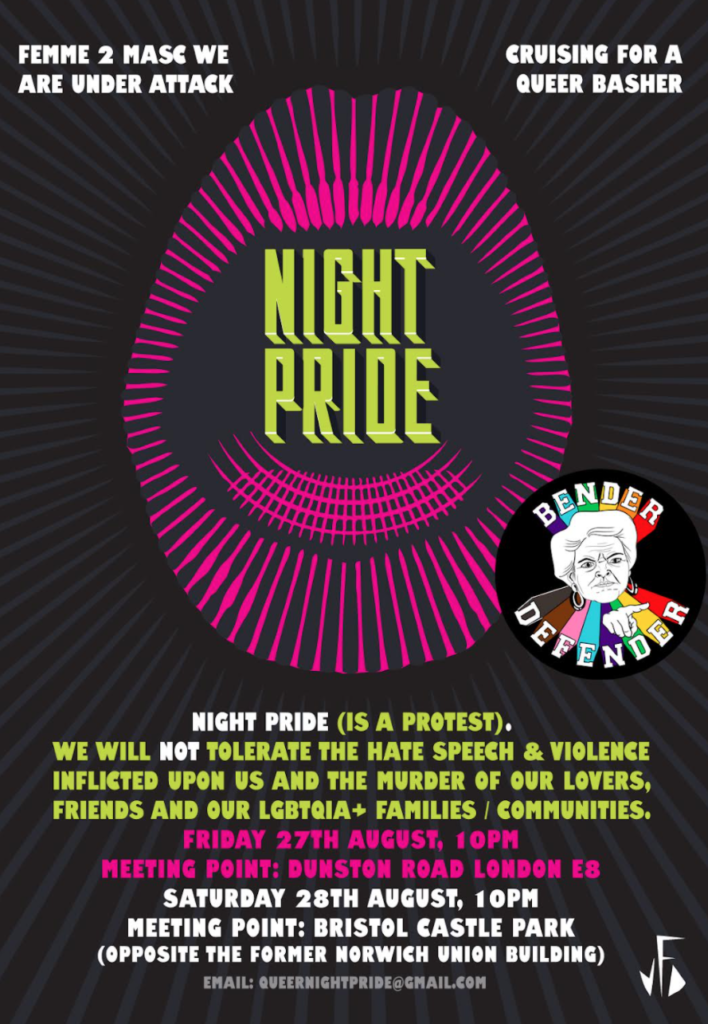 “Night Pride is a reminder to everyone that queers are united and we don’t turn a blind eye to hate crime. Every incident will be met with a response”  says Marcin Gawin, organiser of QNP Bristol.

“We won’t be pushed back into the closet and we want to empower and raise the confidence of each member of our queer community.”

According to the 2021 Galop Hate Crime Report, 64% of LGBTQ+ people have been the victim of a hate crime; over a third of victims experience anti-LGBTQ+ violence or abuse at least weekly.

Police reports of anti-LGBTQ+ violence have nearly doubled in the past five years, yet only 8% result in prosecution.

Queer people are frequently forced to change their appearance, avoid certain places, or hide aspects of their identity in fear of queerphobic violence. 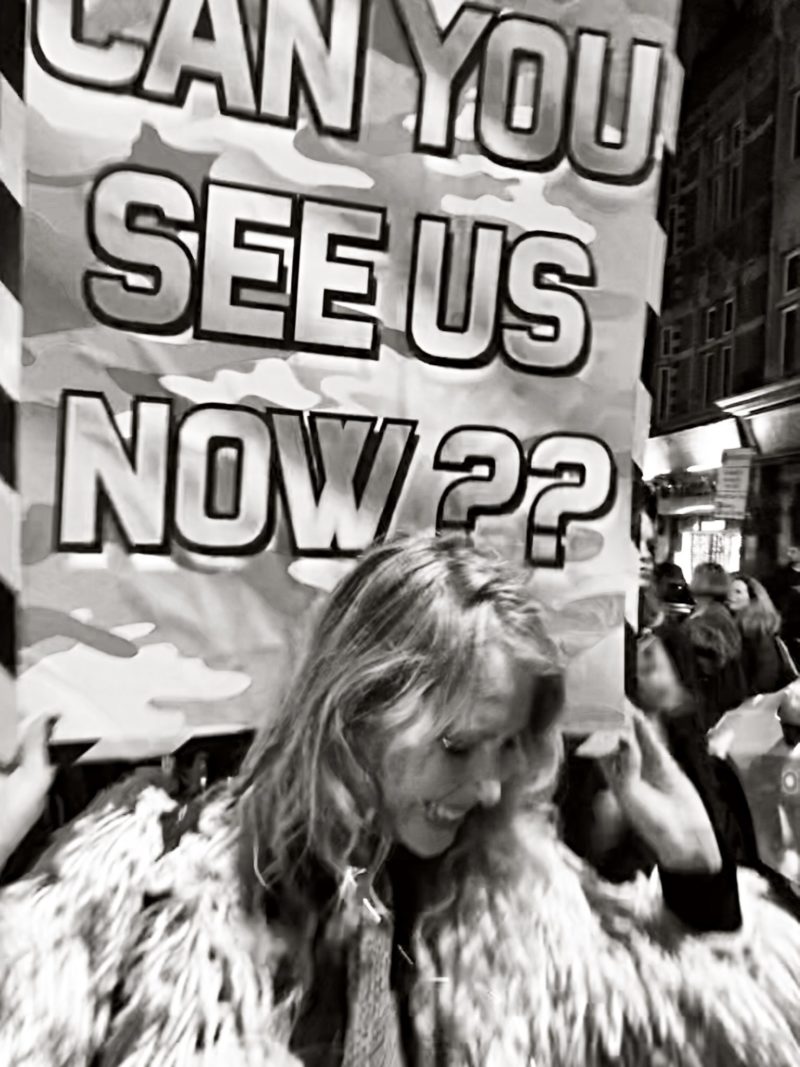 Queer people are often forced to hide their identity due to queerphobic violence. Image via QNP.

In a statement on their website, the organisers of Queer Night Pride have made their position clear: this violence against queer lives is unacceptable.

“We will hold hands, share affection, kiss our friends and lovers wherever we want. We won’t be confined to the safety of our homes, clubs and community spaces.”

“We will express our gender identity in any way we damn please. We will not hide the many ways in which we express our sexuality/ies.”

“We are unapologetic and unashamed. We are authentic and real. We are many and we will no longer be attacked. FIGHT BACK!” 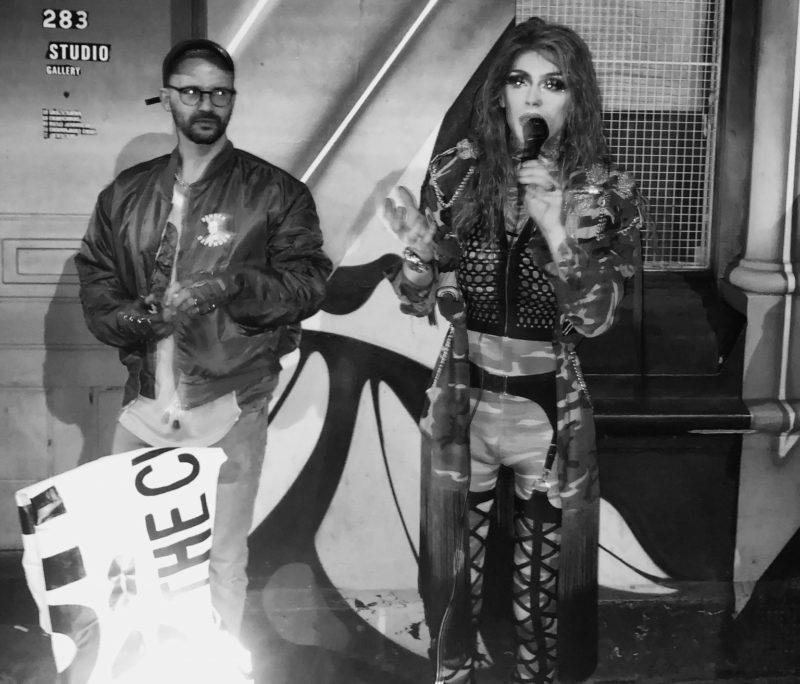 Dan Glass and Camile Leon at a QNP protest in 2020. Dan Glass is a speaker at QNP Bristol. Photo via QNP.

Beginning in Castle Park at 10pm, the protest will make its way to College Green, where speakers will rally the crowd to fight for queer liberation. Speakers for the Bristol event so far include Gay Liberation Front and Act Up activist Dan Glass and Luke Felton from the Victims of Crime Advocacy Service (VOCAS), with more still to be announced.

Everyone is welcome to join the demonstration and stand in solidarity with queer communities.

UK Black Pride’s Stacy Martin, a speaker for the QNP London event, encourages everyone who can to get involved.

“Now is the time where we stand up, shoulders to shoulders, side by side in solidarity with one and another. “ Stacy says.

Read More:‘If you are queer, you have no right to condemn the actions of those protesting to protect our rights’