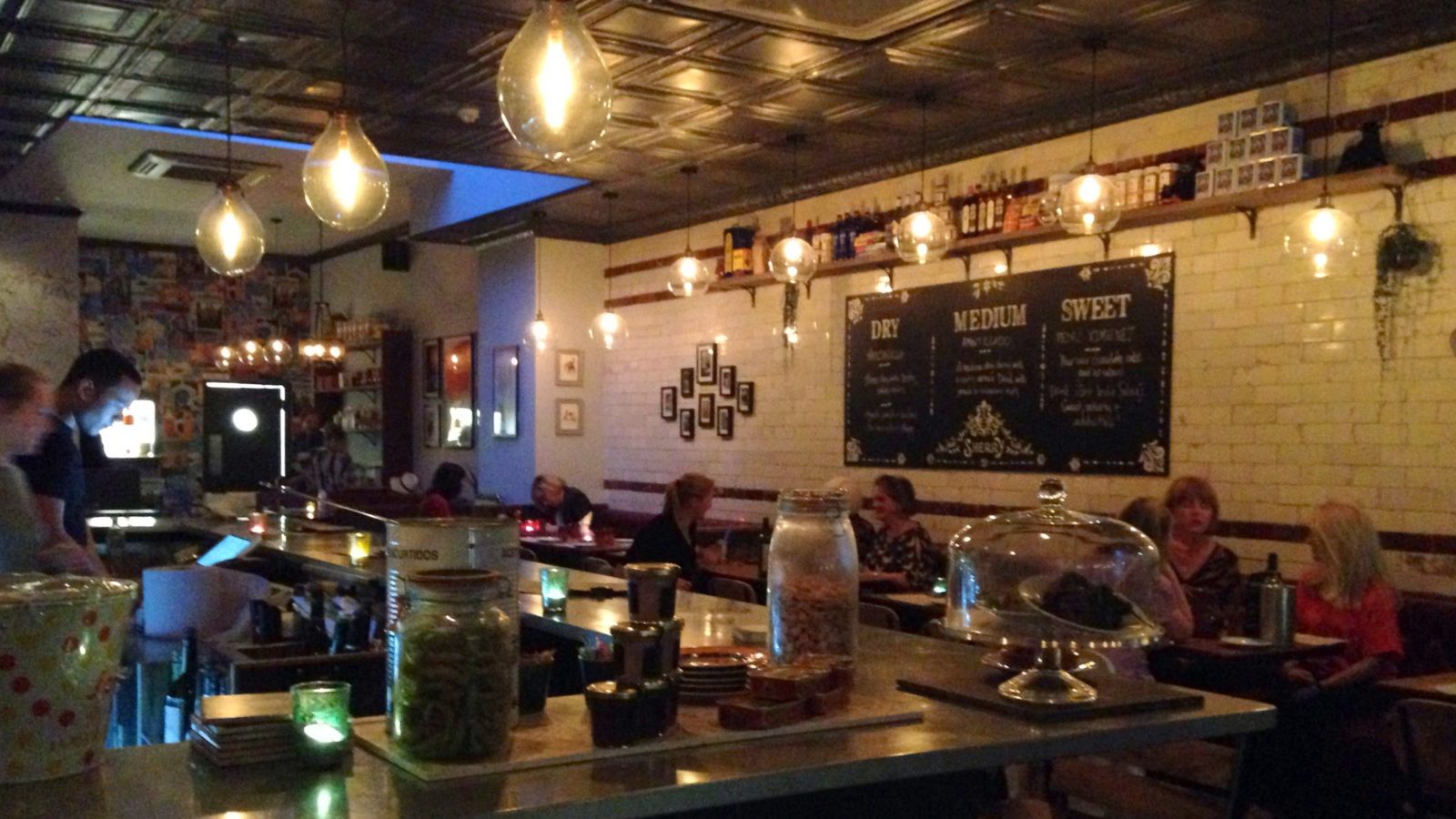 Calling a tapas bar Pintxo is like calling a sandwich shop Bap or Stotty. It means the same but regionalises the dish to a specific corner of Spain.

The ‘x’ in the name is a giveaway – with the Basque Country straddling the Spanish and French border having its own language with a fondness for adding x, z and k to many words, much to Scrabble players’ delight.

Pintxo has arrived on Whiteladies Road in what used to be Polpo until its abrupt closure at the start of this year.

Squint and not much has changed inside. The same distressed white and purple tiles still line one wall, with the kitchen able to be glimpsed at the far end, but look more closely and a few bulls dotted about the place are not too subtle reminders that this is now a Spanish joint rather than an Italian bacaro.

In a very on-trend touch, greenery also cascades from a pair of small hanging baskets either side of a blackboard recommending a few different styles of sherries. 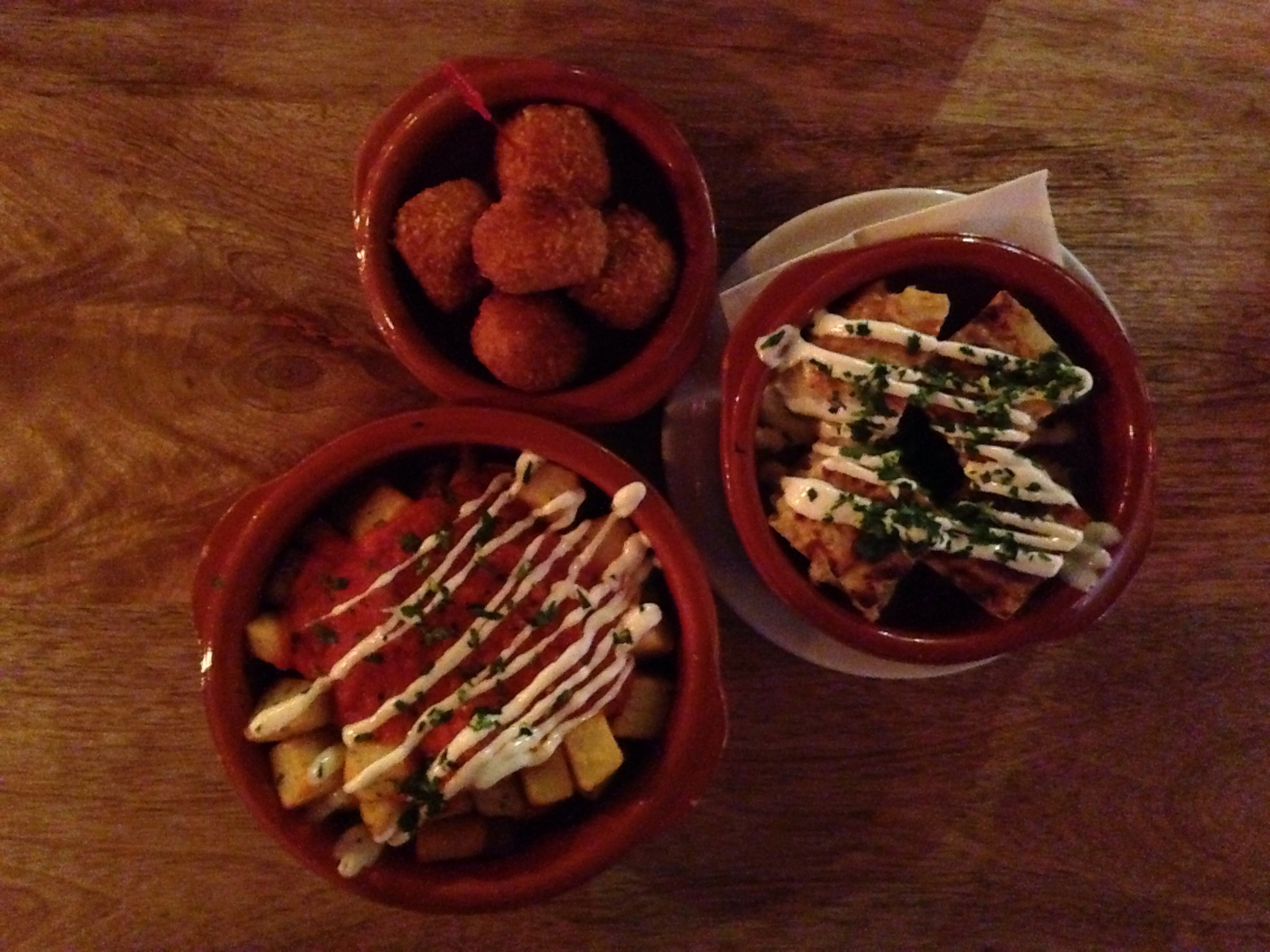 A selection of some of the hot tapas at Pintxo

On a recent Wednesday evening, the hot tapas arrived piping hot in small terracotta dishes at the table no more than a minute after it was ordered.

From the trio of pintxos, the highlight was the tortilla, unusually served in small slices with a satisfyingly runny middle.

An aioli sauce liberally slathered on top also made an appearance in the patatas bravas, perfectly reasonable but lacking in the crispy exterior and fluffy interior of the best. The sauce, however, was gratifyingly fiery.

The croquettes were also nothing to write home about, with the advertised jamón serrano barely identifiable.

The choice of sherry though, Pedro Ximenez Triana, £4 for a 50ml measure (with prices up to £6.75 for an East India Solera) made everything better. Until the pudding arrived.

All of the wines here come by the glass as well as the bottle, and Spanish ciders and beer include Inedit, a beer from Estrella Damm made in collaboration with El Bulli’s Ferran Adria.

As if skipping the Cranberries for the Lighthouse Family on the stereo was not disappointing enough, the Crema Catalana (£6) had a top layer that did not crack like glass on being gently tapped with a spoon, but plugged like a golf ball landing on a sodden fairway.

On pointing this out to a waitress enquiring as to why the dish had barely been touched, the owner came over to explain that it was due to teething problems in the kitchen and took the price of the pudding off the bill. The head chef also left the kitchen to apologise, saying that the Crema Catalana had now been removed from the menu until he can guarantee his team can get this most classic of Spanish desserts right.

Let’s hope these early problems can be sorted because there is much to like at Pintxo, especially the sherry list and the attentive service.

With cities such as San Sebastián festooned with Michelin stars, Basque Country cuisine is one of the best in the world. With Bravas only a few hundred yards away and Rosa almost opposite, the tapas at Pintxo currently aren’t even the best that can be found in just this small corner of Bristol. 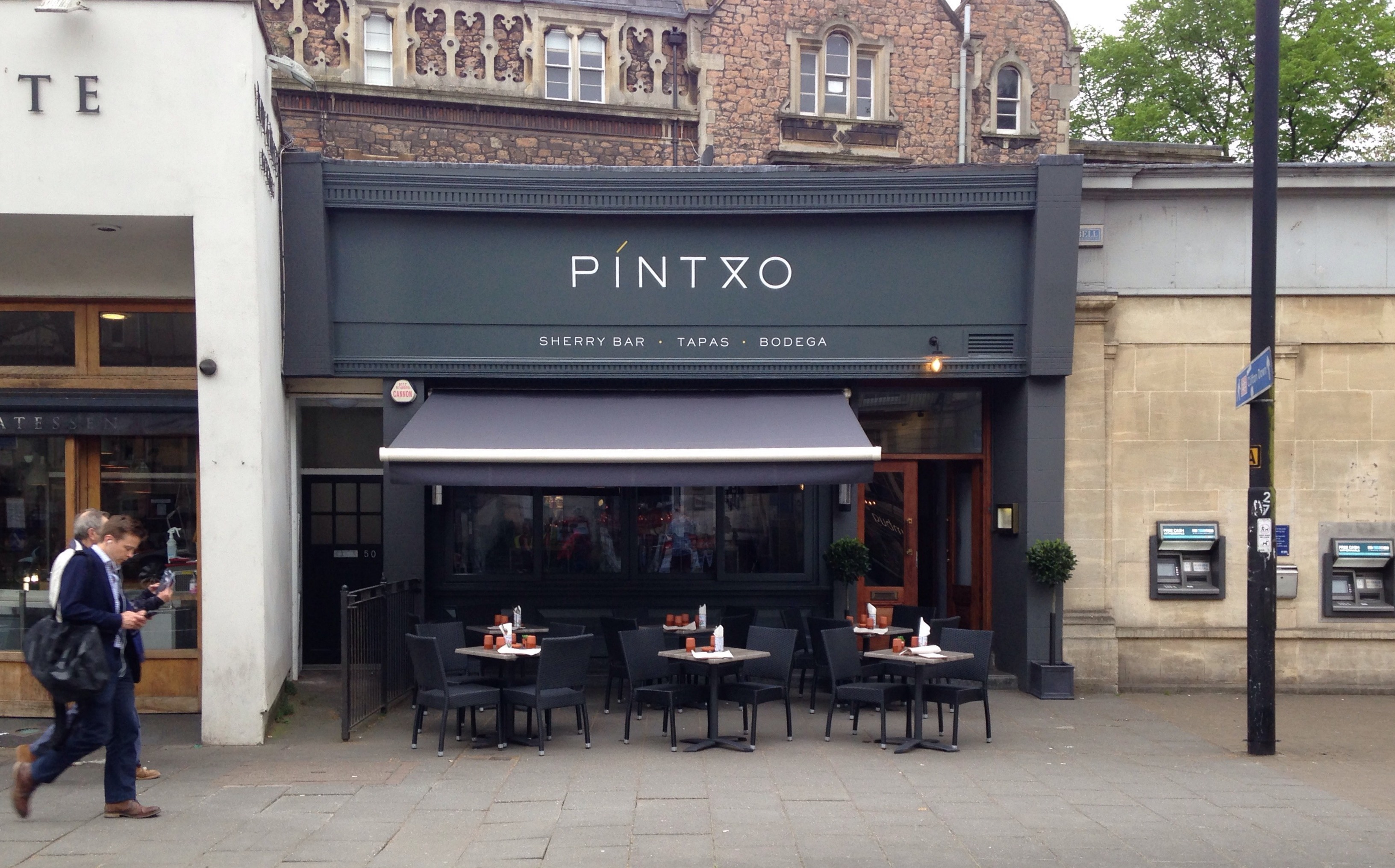