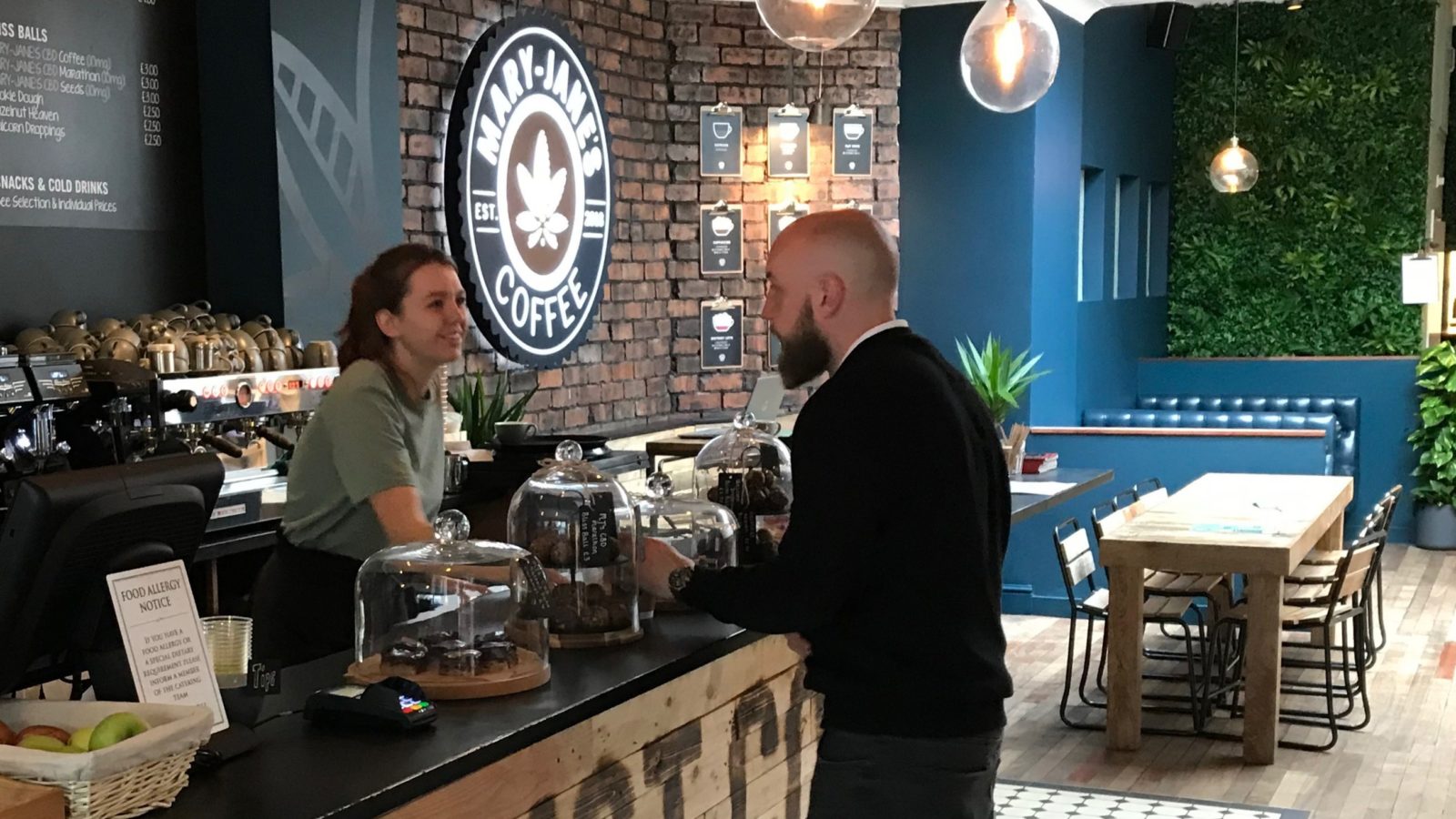 Huge puffs of smoke came from one corner of Mary-Jane’s on Monday morning. It’s exactly the sort of scene that one would expect in a new business that can claim to be Bristol’s first cannabis cafe.

Except that the puffs of smoke came from the barbecue outside Ruby & White butchers next door on Whiteladies Road.

The cannabis here is of the CBD variety, a naturally occurring substance extracted from hemp plants.

A section of the Mary-Jane’s menu says that “if taken regularly with food and drink, it can support the body’s endocannaboid system which helps maintain your health and balance”. 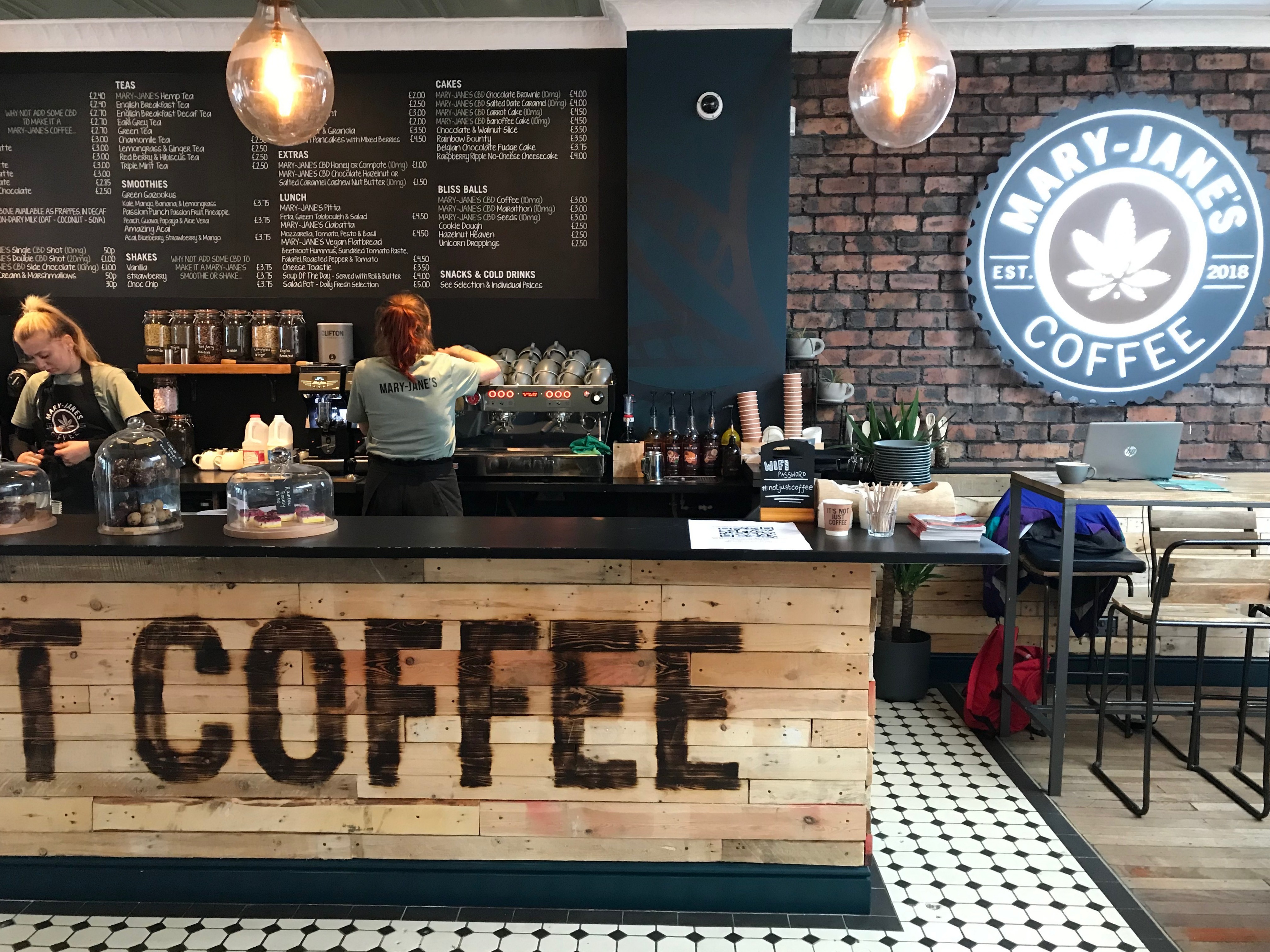 Inside Mary-Jane’s on Whiteladies Road, where CBD-infused food and drink are their USP

At this new cafe, in the short-lived Polpo and even shorter-lived Pintxo, CBD is served as a single (50p) or double shot (£1) in coffees, milkshakes and smoothies, as well as in brownies and cakes if you get the munchies, or within £3 ‘bliss balls’ made with the likes of cookie dough or seeds.

If you go into a nearby cafe such as Boston Tea Party over the road, you will be asked if you want the guest coffee, paying more for the privilege.

At Mary-Jane’s, the upsell is different, as one customer discovered while popping in for a latte.

“Would you like some CBD in that?” a barista asked her. “It’s kind of our USP. It’s derived from the cannabis plant.”

The customer laughed nervously. “Maybe next time,” she said.

A flat white made with beans roasted by Clifton Coffee and with one shot of CBD had a rather bitter aftertaste.

If I was to have another CBD-infused shot, I would definitely get a shot of syrup to accompany the shot of CBD, which even founder Jon Antoniou describes as having “a really earthy taste which frankly isn’t very appetising but infused with a Mary-Jane’s coffee it tastes amazing!”

Antoniou’s Hellenic routes come through on a short lunch menu which has pitta (£4.50) served with feta, Greek tabbouleh and salad, with other options including a cheese toastie and vegan flatbread.

But the salad pots and soup of the day are not what this cafe will be known for.

There may not be puffs of smoke from cannabis joints, but the CBD is enough of a USP to get Bristol talking. 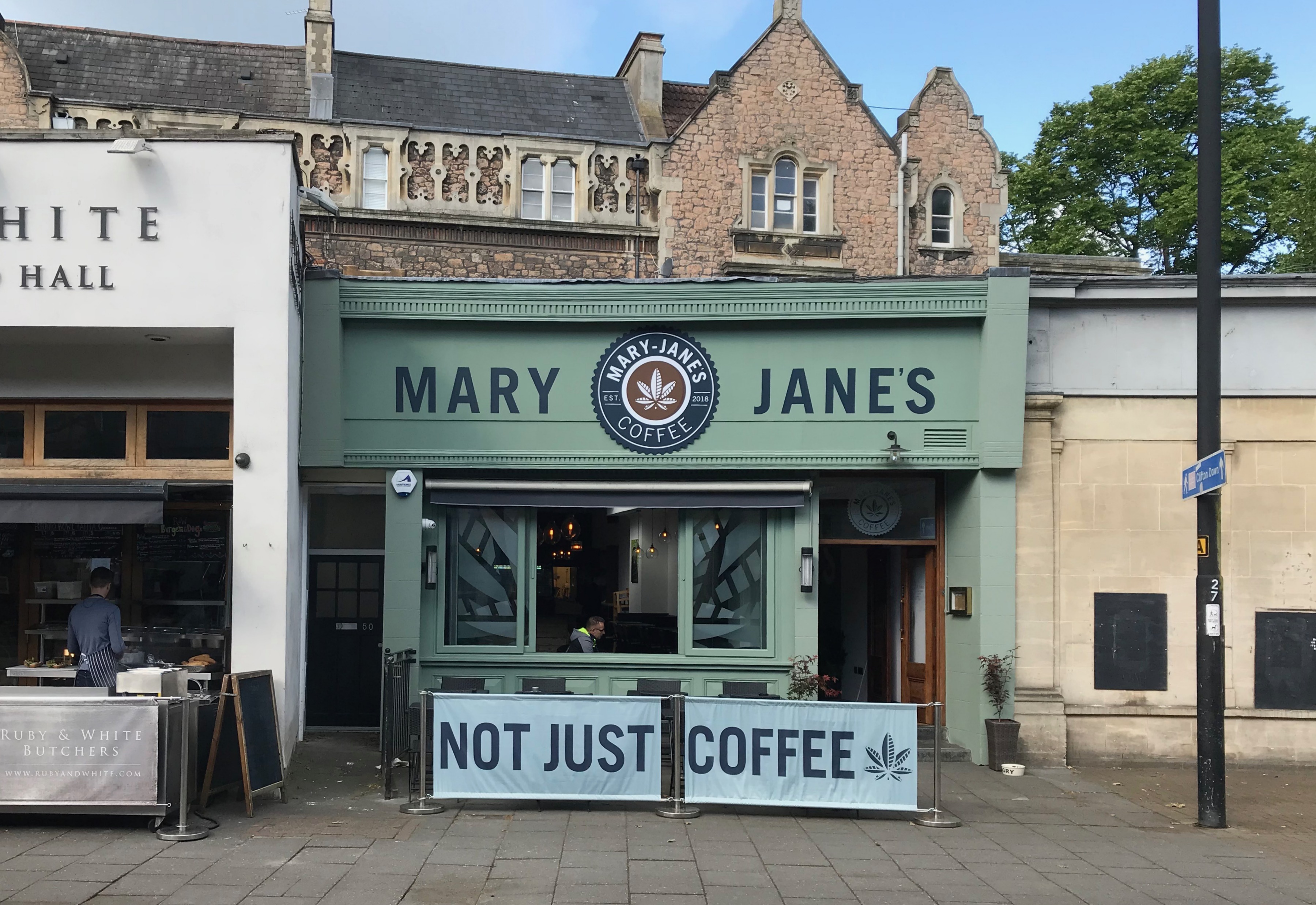