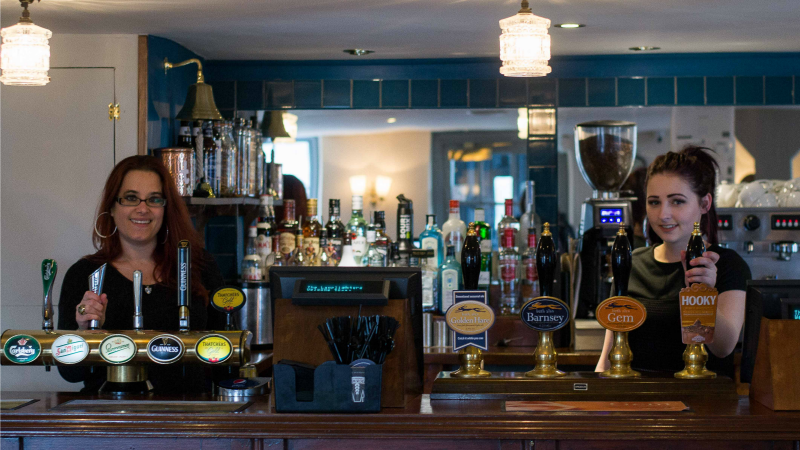 Across Bristol, once proud community pubs are boarded up, turned into flats or restaurants. Despite various hard-fought campaigns, a significant proportion have also reopened as Tesco Express or Co-op stores.

While the smoking ban, poor management, owners cashing in on land value for housing developments and cheap booze deals at supermarkets have all played their part, it is estimated two pubs a week in the UK are being converted to supermarkets or other developments without the chance for anyone to object.

However, a recent change in the law means the quick fire closure of watering holes to make way for shops and flats will soon be harder to justify.

In January, the Government announced they will extend planning protection to pubs which have been earmarked as vital hubs by the community they serve, a campaign that Bristol North West MP Charlotte Leslie has been closely involved in.

She had called for an end to “permitted development” rights so that pubs could not undergo a change of use without planning consent, but although the motion was defeated, the Government made concessions, meaning that small groups of residents now have the power to nominate their pub as an asset of community value, so it must be subject to the full planning process.

Local campaigners from Bristol Pubs Group have welcomed the change, as they say supermarket giants are actively targeting vacant pubs and there is a growing trend for them to be turned into convenience stores to the detriment of the community.

The Friendship, Knowle; The Fellowship, Horfield

A report by the National Housing Federation in 2010 stated that village life in Britain was “dying out” because of rural pubs closing at a record rate.

The Bristol Pubs Group says it doesn’t have to be this way as several other pubs that were on the brink of closure are rebranding successfully.

The previously lacklustre and empty Eastfield Inn in Henleaze is now a thriving pub with a raft of family-friendly activities throughout the week, while The Greenbank in Easton (below) was saved from closure and now is a hub of its local community, holding live music and comedy nights as well as being a meeting place for people enjoying everything from yoga to life drawing. The Star at Fishponds also reopened recently after a major refurbishment by Gloucestershire’s Nailsworth Brewery.

Pete Bridle from the Bristol Pubs Group and Bristol & District Campaign for Real Ale (CAMRA) said that pubs are the “beating heart” of their community and any closure is harmful to the local area.

He said: “We welcome the change in law and it is a step in the right direction.

“What we have seen in Bristol and all over the country is pubs closing and being bought up by supermarket chains so we have a saturation of mini supermarkets. Rural and suburban areas have been hardest hit.

“Pubs are disappearing at an alarming rate and there’s a whole swathe of south Bristol where there are basically none left. A significant proportion of these have become convenience stores.”

The Air Balloon, St George; The Plume of Feathers, Hotwells

Last year the Bourne End at Brentry was torn down to make way for three flats despite a concerted effort to save it, the former Bush pub in Wells Road in Totterdown is now a day nursery, and the Friendship in Knowle and Fellowship in Horfield have both been converted into Tesco Express stores.

In the case of the Friendship, Bristol Civic Society lent its support to the anti-closure campaign, applying for the pub to be protected as a listed building, to no avail.

Pete says that while some pubs are closing because of unreliable tenants, it is invariably excessive rents which are forcing them out of business and making them unviable.

“Land owners are trying to release their assets by leasing or flogging the pubs to supermarket chains and the terms are so onerous for licensees that it becomes increasingly difficult to make the pubs work,” he said.

Further closures include The Air Balloon at St George, due to be turned into nine flats after a fierce battle by local users, the pub‘s managers and the Bristol Pubs Group; the Fishponds Tavern in Fishponds; the Highwayman in Kingswood; The Man in Space in Whitchurch; The Plume of Feathers in Hotwells; The Britannia in Patchway; The Holly Bush in Brislington; The Long Cross in Kingsweston; The Fox in Bishopston; and The Wedlocks opposite Ashton Gate stadium.

Meanwhile, the Beaufort in Montpelier and The World’s End in St George both remain under the imminent threat of closure.

But it’s not all bad news, as people power has saved several pubs which were on the brink of shutting. The Lamplighters at Shirehampton looked likely to call last orders for good five years ago but is now going strong (the photograph at the top of this article is of their bar), and The Bristol House Inn in Weston-super-Mare enjoyed a successful local campaign to stop its conversion to a Tesco Express.

The Lamb in Cadbury Heath also faced closure but determined efforts to keep it running, together with a sympathetic new owner, led to a proposal to include the pub in a project combining the facility with new flats and a shop, while the White Hart at Weston-in-Gordano was successfully classed as an asset of community value by residents.

Pete says: “The Government’s response to the proposed amendment does mark a major step forward and it gives an even stronger reason for communities to register their local pubs as assets of community value.

“However, CAMRA will continue to press the Government to close other planning loopholes to ensure that, where pubs are viable, robust and meaningful protection is in place to save local pubs.”

Bristol City Council said it recognises the contribution pubs made to a community’s social wellbeing as well as its diversity.

A council spokesperson said: “We are determined to do everything we can to protect our city’s pubs.

“We have already adopted our own pub protection policy to try and make the situation fairer.  Bristol is known for having an exciting night life and a strong community spirit.  Pubs are the cornerstone of this reputation and key to many of our communities.

“Unfortunately, the current national development rights make it hard to keep these pubs open as a community resource.  The new legislation, once in place, will hopefully help to better protect these institutions.”

A spokesperson for The Co-operative said new convenience stores are a valuable community asset.

“The Co-operative Food has a clear vision to be the best local food retailer in the UK, and over the coming years we will develop and grow our existing convenience estate of over 2,800 stores.  The conversion, where appropriate, of pubs forms a part of this strategy.

“The Co-operative Group does not buy or own pubs, and therefore cannot be responsible for their closure or subsequent use.  This is dictated by developers and owners of the sites. “

Tesco said it was pleased to be able to provide a sustainable alternative use for former pub sites rather than them lying empty or derelict.

A spokesman said:  “We are particularly pleased to have opened a number of convenience stores in disused former pubs, bringing them back into life for the local community.

“These stores provide a valuable service to local people, create new jobs, and make sure that empty or derelict buildings do not fall into disrepair.”

For more information on CAMRA’s campaign to close the planning loophole, visit www.pubsmatter.org.uk.