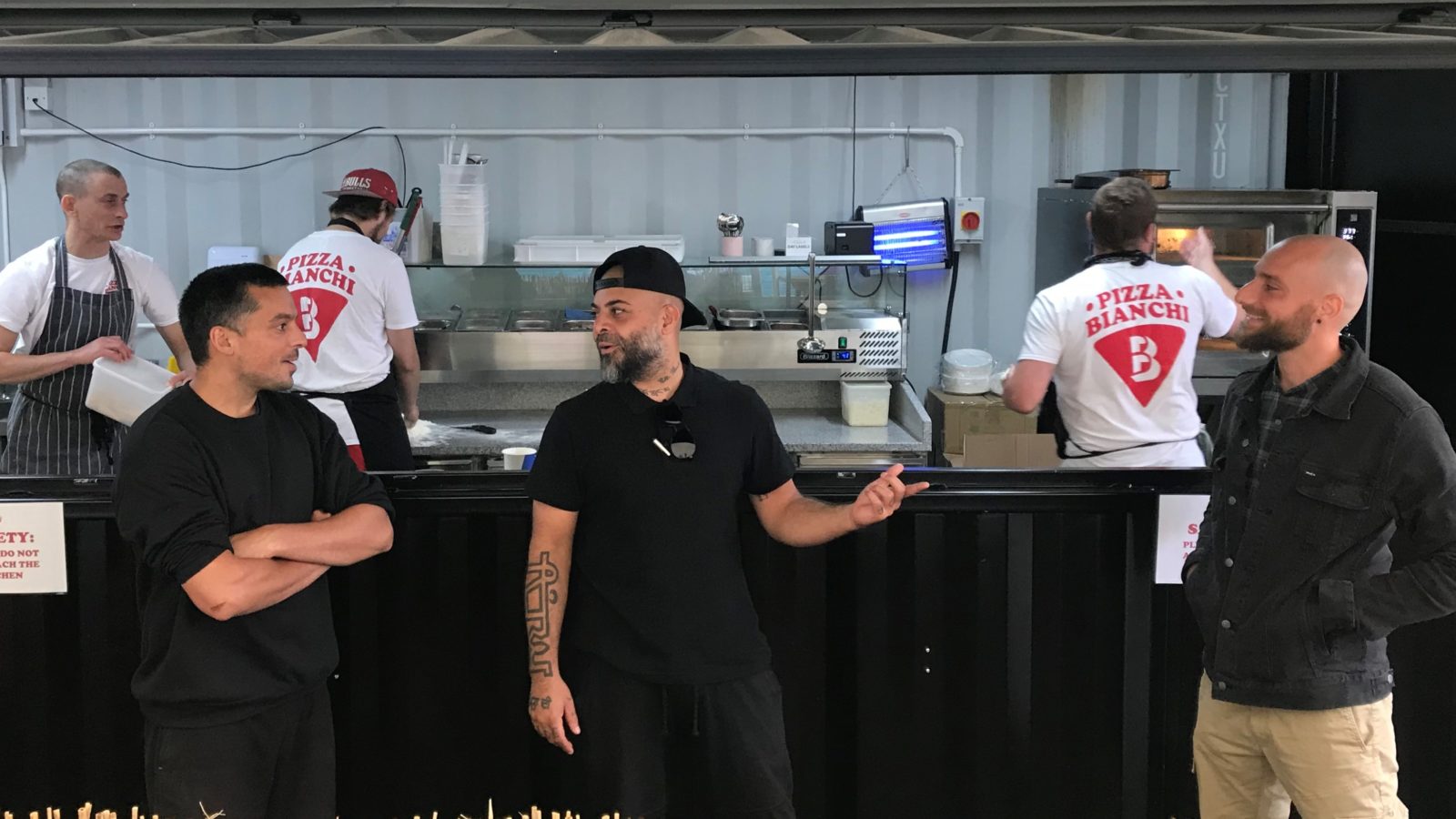 What makes the perfect pizza? For chef Luca Fiore, who grew up in Naples, there is one easy answer: simplicity.

From being sous chef at Pasta Ripiena prior to lockdown, Luca has returned to his Italian roots and is now perfecting the pizzas at Bristol’s newest alfresco restaurant, Pizza Bianchi, within the courtyard of Lakota in St Paul’s.

A retina scanner on the door to check guests’ temperature and the menu on Instagram are both firm indications that we are firmly in a post-Covid world.

Pizza Bianchi, open from Wednesday to Sunday, is from the same team as Pasta Loco, Pasta Ripiena, La Sorella and Bianchis, with a few familiar faces from these firm Bristol favourites among the front of house and kitchen teams.

Catching up with some of this team ahead of service on a recent evening were Luca, Dominic Borel and Joe Harvey, the driving forces behind this new venture.

Luca, who also used to work at Bosco in Clifton, said that he is “trying to bring in a little bit of my background and experience”, using traditional recipes. 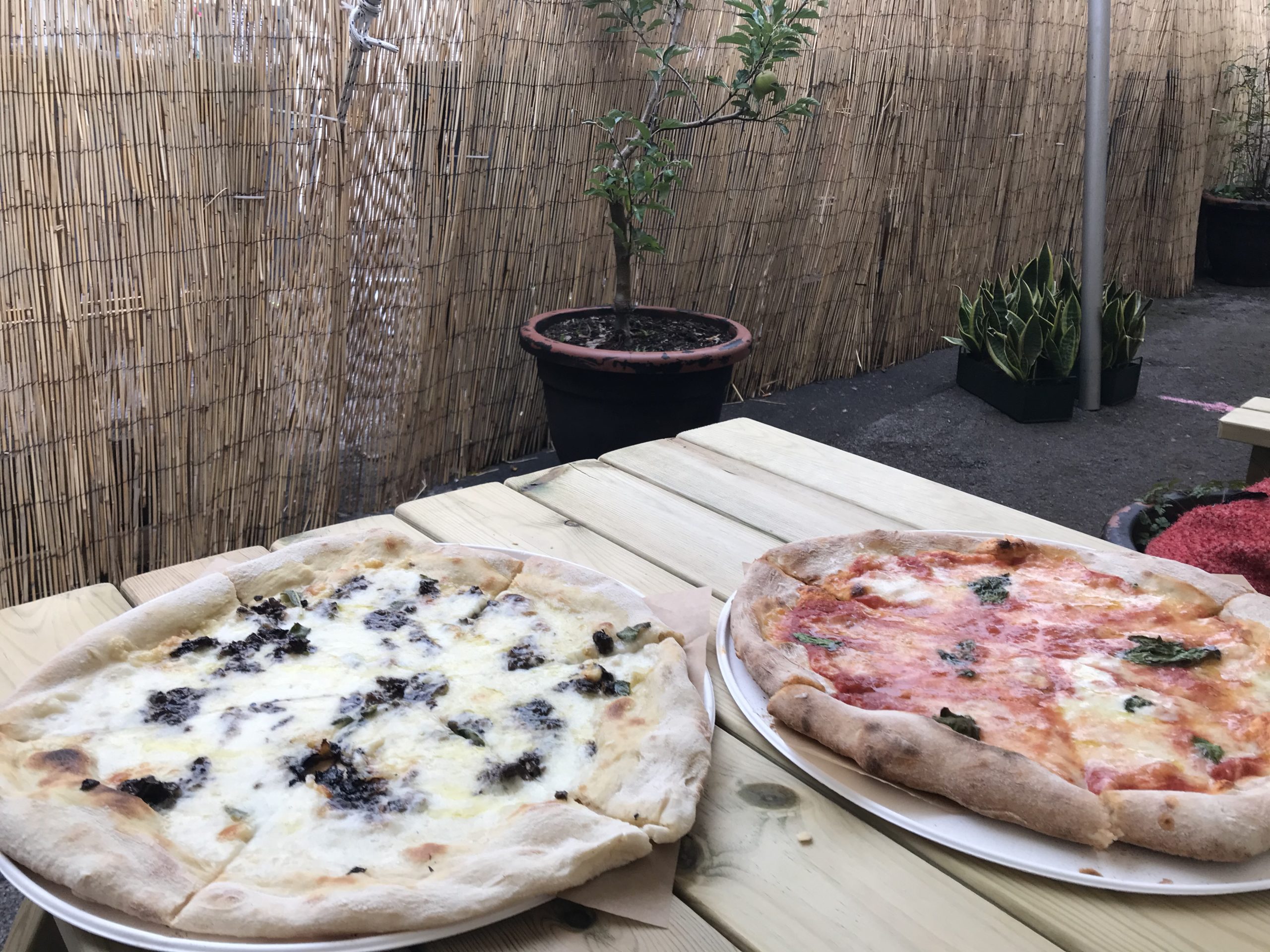 The dough for the pizzas – that cost from £9 to £14 – goes through a two-day fermentation process and is then stone-baked in an oven within a converted shipping container.

Luca manages the prep at the group’s kitchen in Easton that before the pandemic was due to be where they launched an events business from, and has been used to cook meals for some of Bristol’s most vulnerable residents during the pandemic.

“Pizza is my background, I grew up with it,” said Luca, who has lived in the UK for the last decade. “For the whole city of Napoli, pizza is the most important thing, socially, economically.

“It’s everywhere. It’s not just a dish. It’s passion. It’s the history of the whole city, which revolves around it. It’s great to be part of bringing in that culture to Bristol.

“Don’t put too much on. Use the best ingredients, no more than three or four. That’s it. It’s what Italy is: simplicity.”

Joe and Luca have worked hard to get the concept together over the last few weeks, using Luca’s experience as a pizza chef with Joe’s experience of setting up restaurants.

Pizza Bianchi currently has a rolling three-month contract at Lakota, with the possibility of delivery and takeaway coming at some time in the near future once they are settled.

“We are really proud of what we have achieved so far,” said Luca. “It would have been amazing to have a wood-burning oven but space and timing meant we couldn’t unfortunately.”

Joe added: “But these are unique surroundings. It’s so different to what we’re used to.”

The Pasta Loco team were contacted by Lakota owners, the Burgess family, to talk through whether an alfresco restaurant could work within the courtyard.

Previously an outdoor bar called Stokes Croft Beer Garden, another part of the courtyard has now become Lakota Gardens, which regular hosts comedy nights and DJs to customers sat on picnic like at Pizza Bianchi just the other side of the retina scanner.

Dominic explained: “We got approached by the family who run and own this iconic place, where Joe and I grew up raving.

“So we were of course aware of this space and aware of what was happening in hospitality around the world in reaction to Covid. People with a lot of outdoor areas and space had the opportunity to reinvent their products outside.

“Joe, Ben and Luca figured out a way of replicating what we do but in an old-school way of doing it with pizzas.” 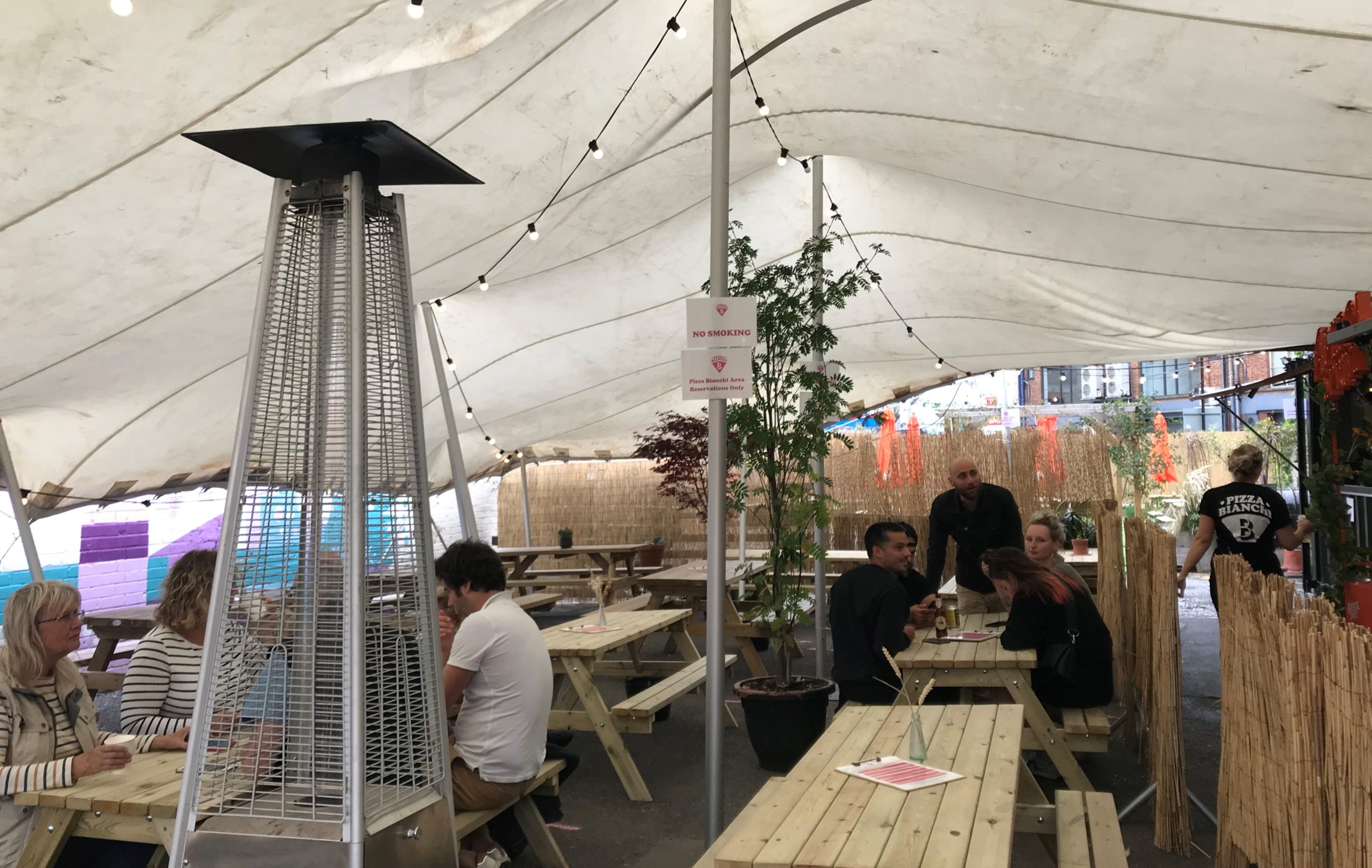 At the moment, the team are unable to open their other restaurants, which are all in constricted spaces that make it extremely difficult to introduce one-way systems and other new regulations.

“So for us this just made sense,” said Dominic. “It was a lovely opportunity. But it was difficult. We had never done anything like this with other people.”

In May, the Pasta Loco team were due to host a pop-up party venue at the relaunched Eat Drink Bristol Fashion festival in Castle Park before it was cancelled due to the pandemic.

Although he was unwilling to give too many details, Dominic said that another collaboration is in the pipeline,that could be a “remix” of their plans for Eat Drink Bristol Fashion.

“The idea of it is definitely something that Bristol and a lot of people within Bristol will want and need to do,” said Dominic. “This is going to be focusing on the community of independents, reopening our product when we can see that we can reopen it.”

Joe added: “For our industry to carry on thriving, for us to continue, people need to learn to adapt. We have to adapt, by law. It’s the only way we can function.”