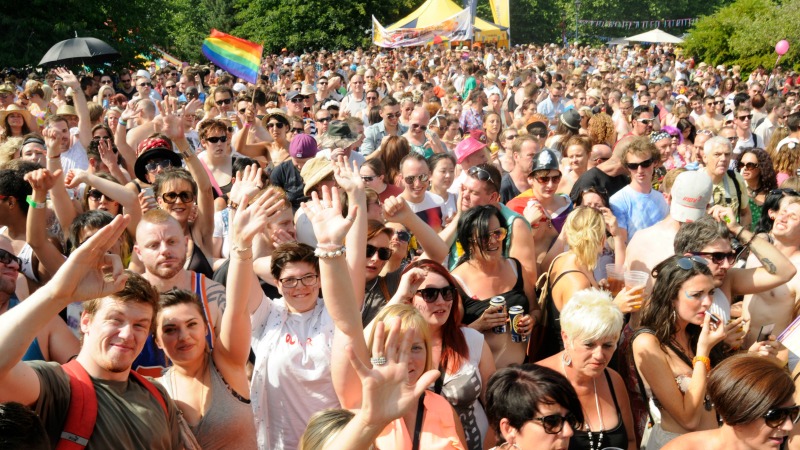 Pride Day kicks off at 11am on Saturday when the parade leaves Castle Park and makes its way through the city centre to Millennium Square.

With three stages pitched down by the harbourside, an impressive array of acts including Alexandra Burke will perform for the crowds.

Last year, an estimated 35,000 people flocked to Bristol for Pride and more than 7,000 of them participated in the parade. This year, in collaboration with KIKI and St Paul’s Carnival, a walking block will celebrate LGBT+ people of colour (PoC) in the march.

Events on Millennium Square and the Lloyds Amphitheatre are due to start at midday and will feature Alexandra Burke, Avec Sans and Republica on the main stage. The cabaret stage will host a dizzying parade of drag queens including (and in no particular order) Baga Chipz, Mary Mac, Son of a Tutu, Mary Golds and Donna La Mode.

A dance stage will host incredible dance troupes performing everything from African to Irish and street to salsa.

Don’t miss screenings of Talking LGBT+ Bristol that will be shown on the Big Screen in Millenium Square at 2pm and 5pm. The documentary, made by Bristol24/7 and Tusko Films thanks to a grant from the Heritage Lottery Fund, encapsulates LGBT+ life and history in Bristol and documents the love, struggle and change the community has lived through.

The biggest afterparty will be held at O2 and features Savage Disco, Don’t Tell Your Mother and KIKI. Savage Disco is helmed by iconic Sink The Pink who will be joined by Horse Meat Disco and The 2 Bears.

Entry to Pride is free but supporter wristbands (which help to cover the festival’s costs) cost £5 and include free travel on First Buses and discounts at some bars and restaurants. For more information, visit www.bristolpride.co.uk/wristbands