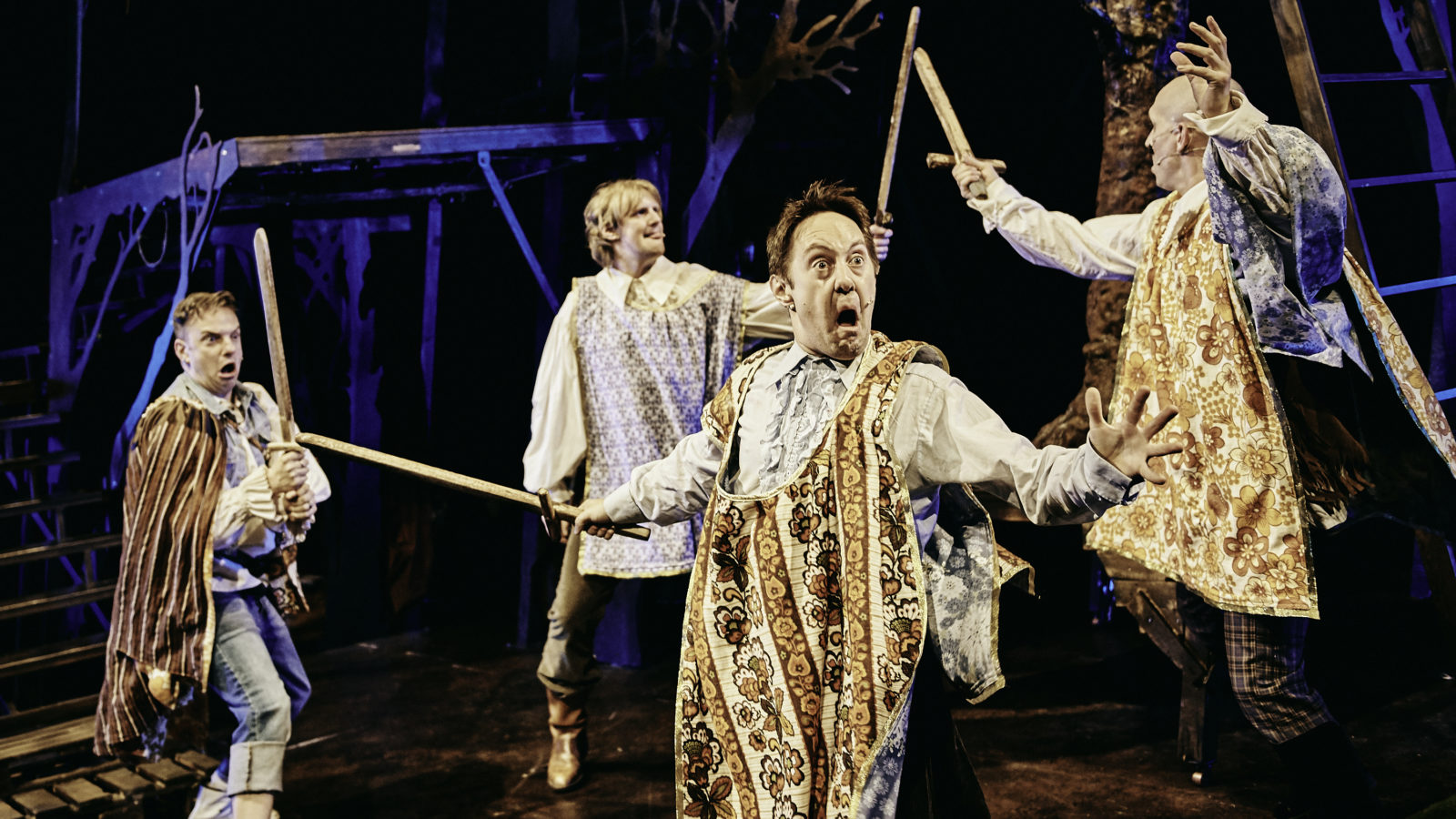 Masterful clowns and gleefully rabble-rousing storytellers Le Navet Bete have a penchant for the epic in their theatre making.

From Napoleon through to Dracula and Dick Tracey in between, Exeter’s anarchic provocateurs are second to none in encapsulating all that is beautiful about the clown – knee jerk reactions, living entirely in the moment and taking their audience along for a bumpy and joyful ride.

There is also something deeply satisfying in seeing a local, independent company flourish from their festival origins to taking the reigns on the main stage at Bristol Old Vic.

There are some lovely nostalgic nods with BMXs as horses that will satisfy both Goonies and Stranger Things fans as well as a Milk Tray reference that the over-35s will adore. 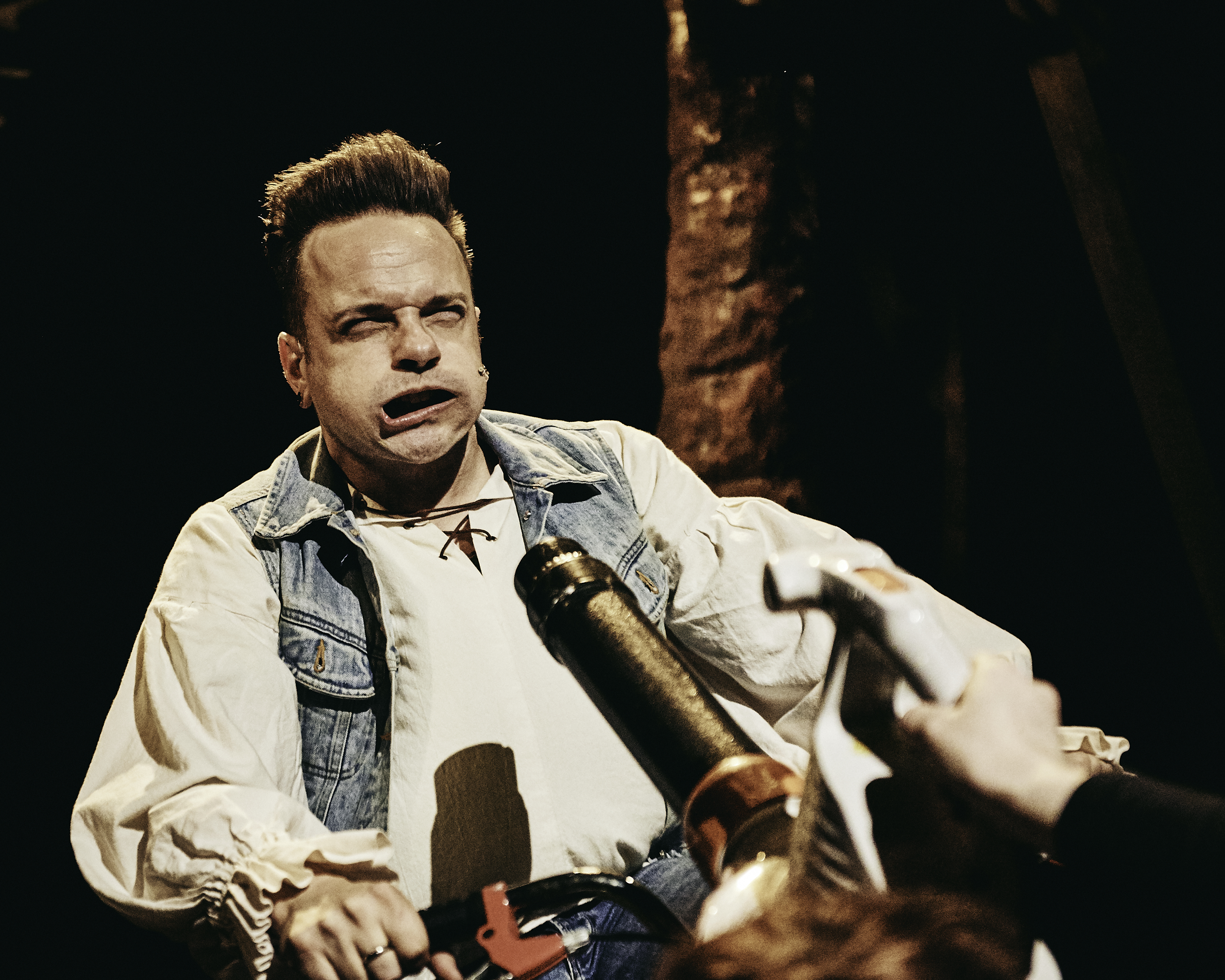 By focusing on capturing a small number of the characters well, both young and old can come away from this feeling like they both know the story and Le Navet Bete have served Dumas well.

The best of the moments come from Matt Freeman’s noir-esque Milady De Winter, slinking across the stage like a demented Mia Wallace and Nick Bunt’s brilliant Cardinal Richelieu, channeling the spirit of Rik Mayall with a hint of early Gavin Richards.

While, in places, anarchy may have given way to polish and rawness has given way to script, this is a minor niggle when looking at the evolution of a company.

Le Navet Bete’s The Three Musketeers is large scale, fast paced family fun that showcases a company who understands joy both inside and out.

The Three Musketeers is at Bristol Old Vic until August 24. For tickets and more information, visit www.bristololdvic.org.uk/whats-on/the-three-musketeers-a-comedy-adventure

All photos by Mark Dawson