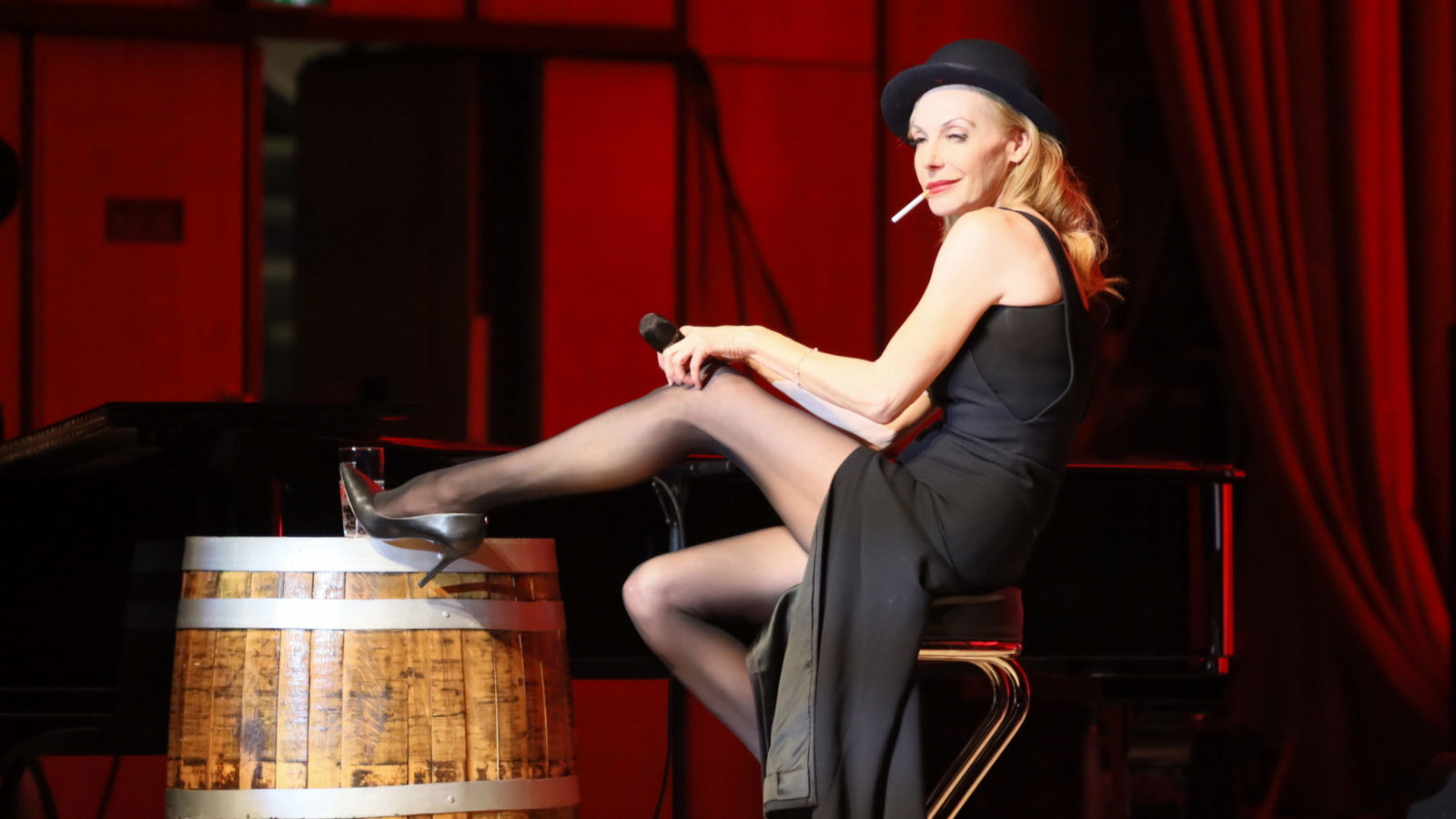 Rendezvous with Marlene started with a letter. A young Ute Lemper exploded onto the French stage playing Sally Bowles in Cabaret – and the next day the French press proclaimed her “La nouvelle Marlene!”.

Filled with deference and more than a sprinkling of modesty, Lemper wrote a letter to the ailing and reclusive Dietrich to apologise for the renewed attention and, to Lemper’s humble mind, the unfair comparisons. A month later, Dietrich phoned an unsuspecting Lemper and from there, a three-hour conversation unfolded into a lifetime of respect, mirroring careers with a backdrop of political unrest and an unflinching passion for performance.

This beautiful tribute from one performer to another features that joyous style that will be recognised by fans of Ute’s work – with the added bonus of a beautifully constructed narrative based around this landmark phone call, chronicling Dietrich’s own story. 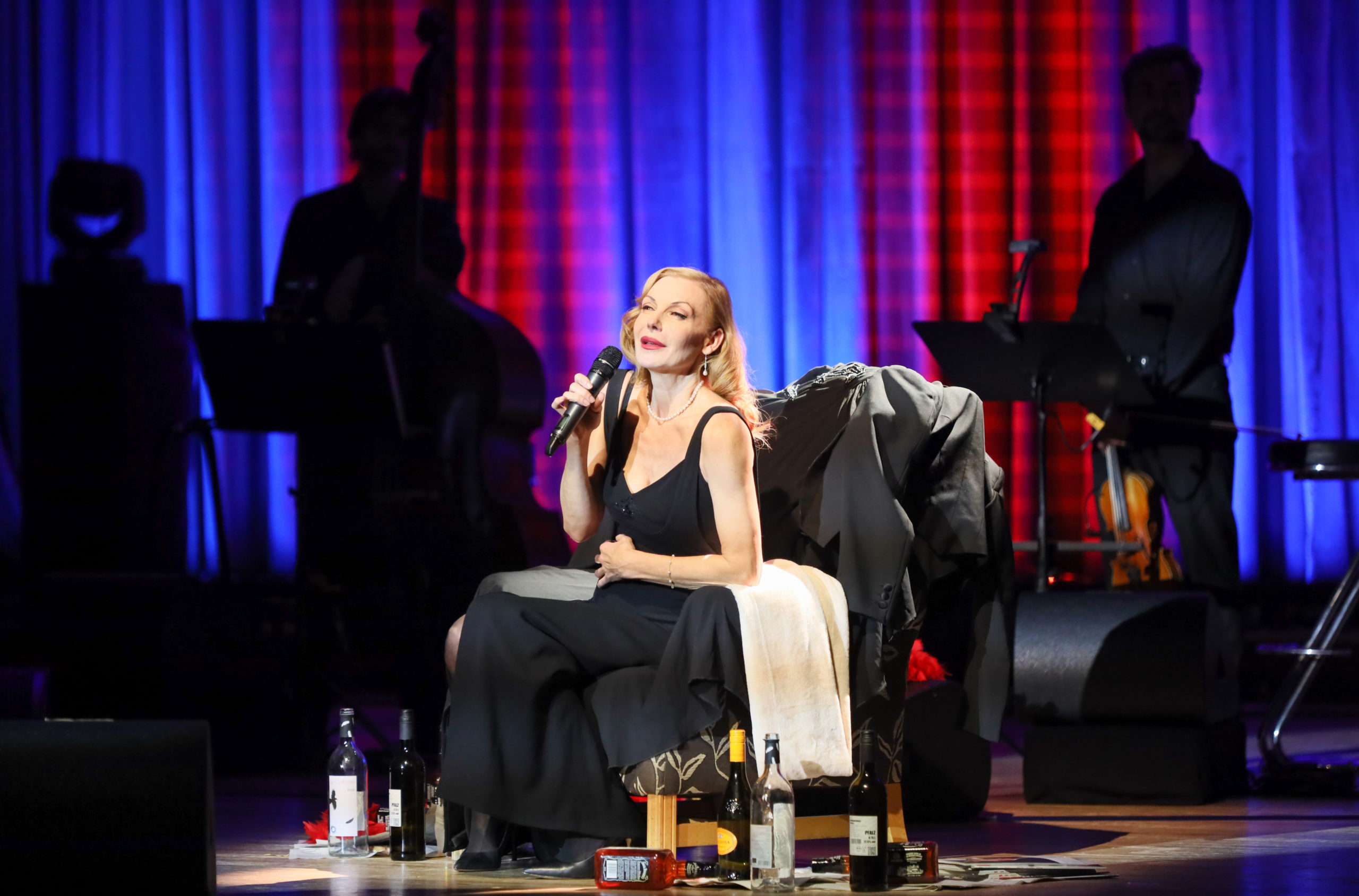 Ute Lemper’s ‘Rendezvous with Marlene’ chronicles Marlene Dietrich’s colourful career – and the performer’s own friendship with the stage and screen icon. All pics: Brigitte Dummer

Opening to the strains of Falling in Love Again and navigating through the Dietrich canon (plus added material from Jacques Brel, Burt Bacharach and, most poignantly, Bob Dylan), Lemper peppers the piece with anecdotes as Marlene. Jean Cocteau once said of Dietrich that her name “starts with a caress and ends with a horse whip.” With this in mind, a rollercoaster ride is guaranteed.

Never domestic or throwaway, Dietrich’s conversations are always high stakes. From a telephone call to Mikhail (Gorbachev) to chew the fat over perestroika and his relationship with Ronald (Reagan) through to a bold return to her home country after being shunned for supporting the Americans during World War Two, Marlene Dietrich’s life story could add up to several full-length shows. Here, Lemper chooses the landmark events of Dietrich’s life, from leaving her homeland to joining the Americans on the front line through to living a reclusive life in Paris.

This isn’t simply an evening about an incredible woman. It isn’t, either, just an evening of beautiful songs performed by a world-class performer. This is a history lesson. A tale of division followed by unification. Opening on the eve of the United Kingdom leaving Europe, there is something bittersweet and powerful about hearing Lemper sing Dylan’s classic Blowin’ in the Wind. 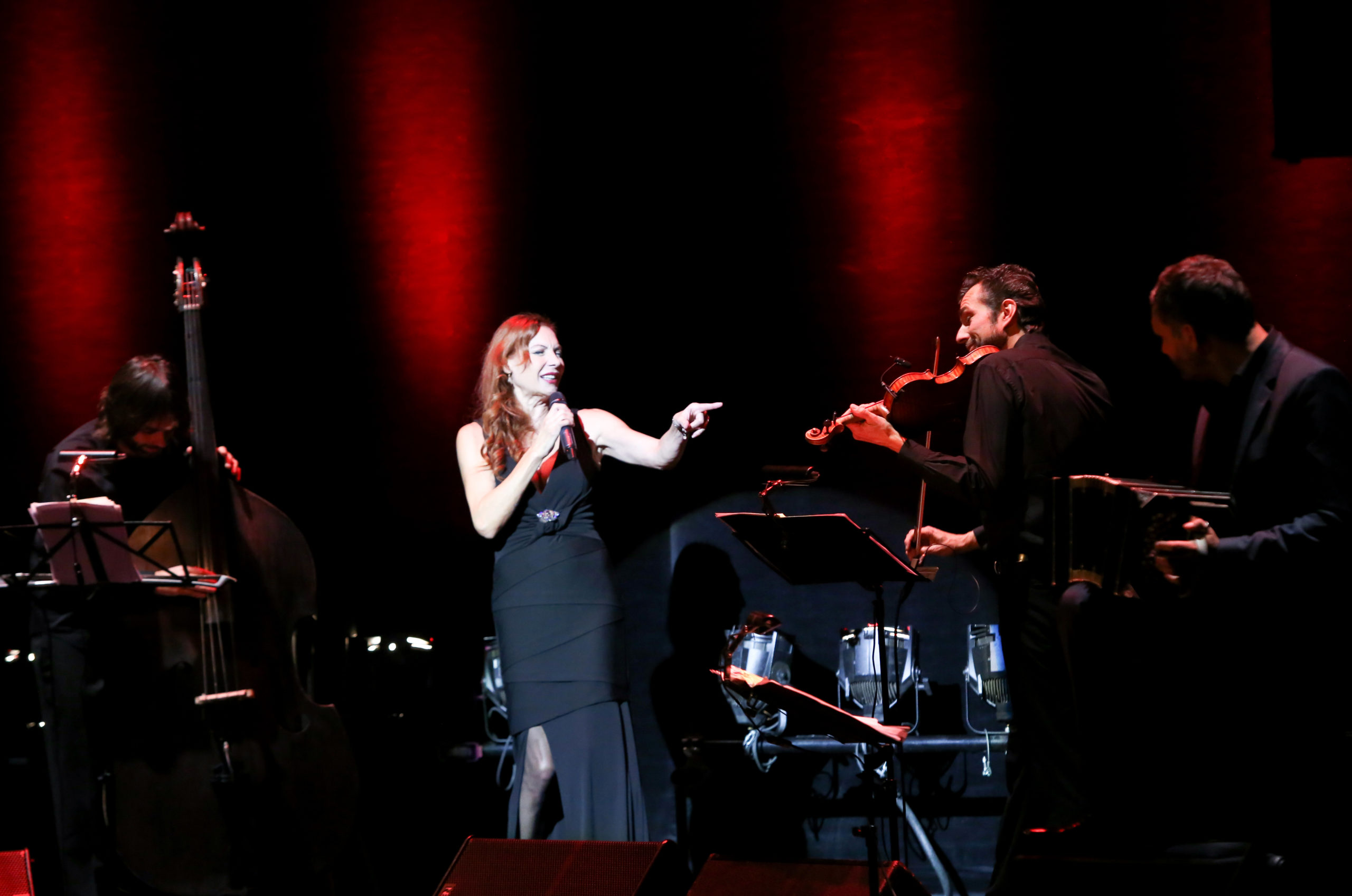 The director Billy Wilder called Marlene Dietrich “a heck of a guy to hang out with.” The dynamic pairing of Dietrich and Lemper make Rendezvous with Marlene an unforgettable evening: stylish, graceful, heart-warming and powerful. Beautifully complemented by Vana Gierig (piano), Romain Lecuyer (bass), Cyril Garac (violin) and Matthais Daneck (drums), this is an event not to be missed.

Rendezvous with Marlene was at St. George’s on January 30, and continues touring. For further tour dates, visit www.utelemper.com/shows

Read more: “I tell her story through my eyes, I sing her songs with my voice”