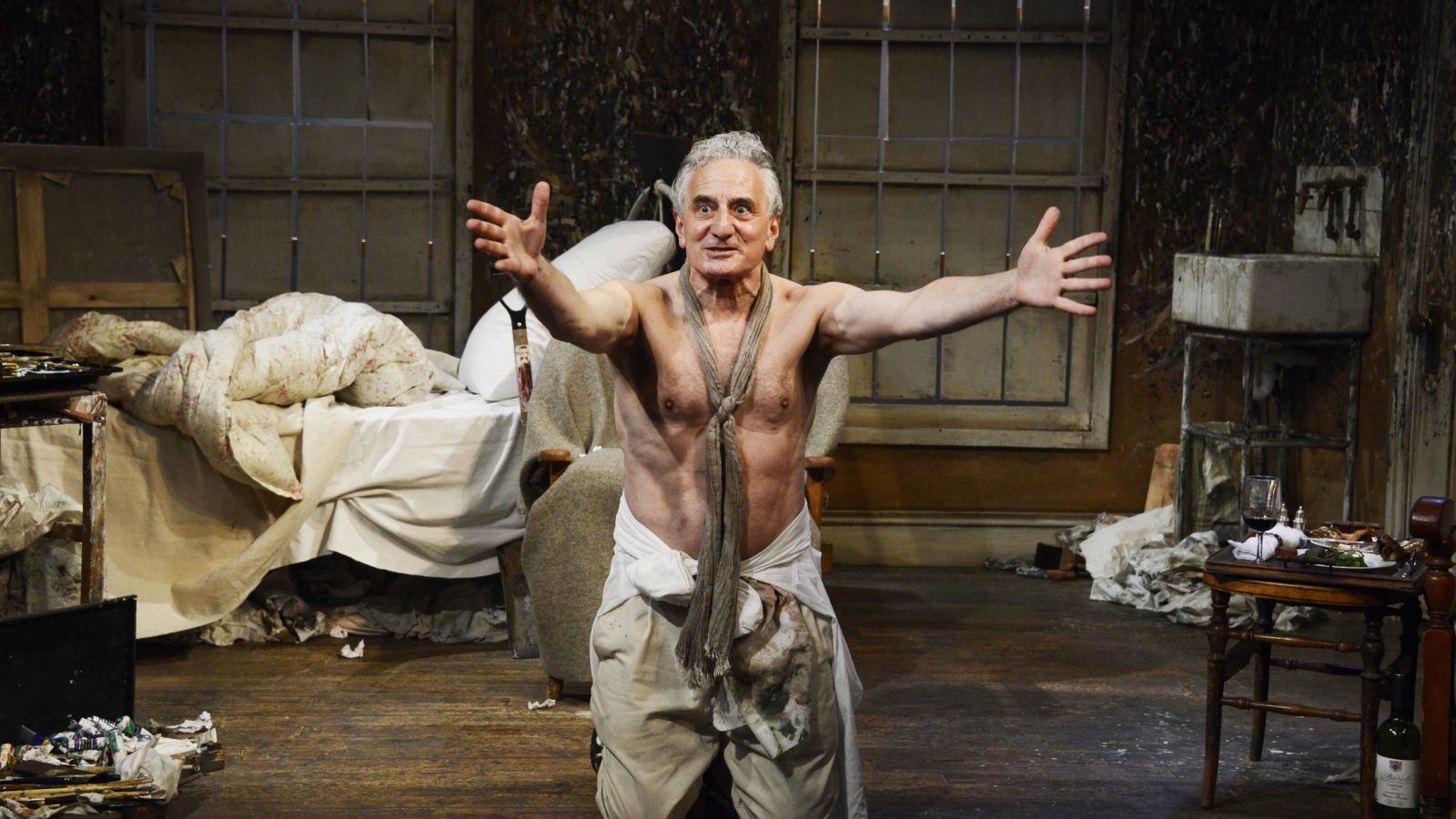 Looking At Lucian is a fun and interesting show, a kind of dramatised “Evening With Lucian Freud” with a little external storyline thrown in. Henry Goodman’s performance is thoroughly enjoyable: an utter delight and well worth seeing, but, oh! if he’d just been given more meat to work with – and on such great subject matter – just think of the things he could do!

The pitch is compelling: Freud was a “character” in that way the British love. Allegedly philandering, clearly strong-minded, rude when required and sublimely successful. A talented naughty boy from great stock, and an outsider to boot. Isn’t that everything the British middle classes want from their artists? And most wonderfully of all for a show offering insight, he didn’t do interviews. 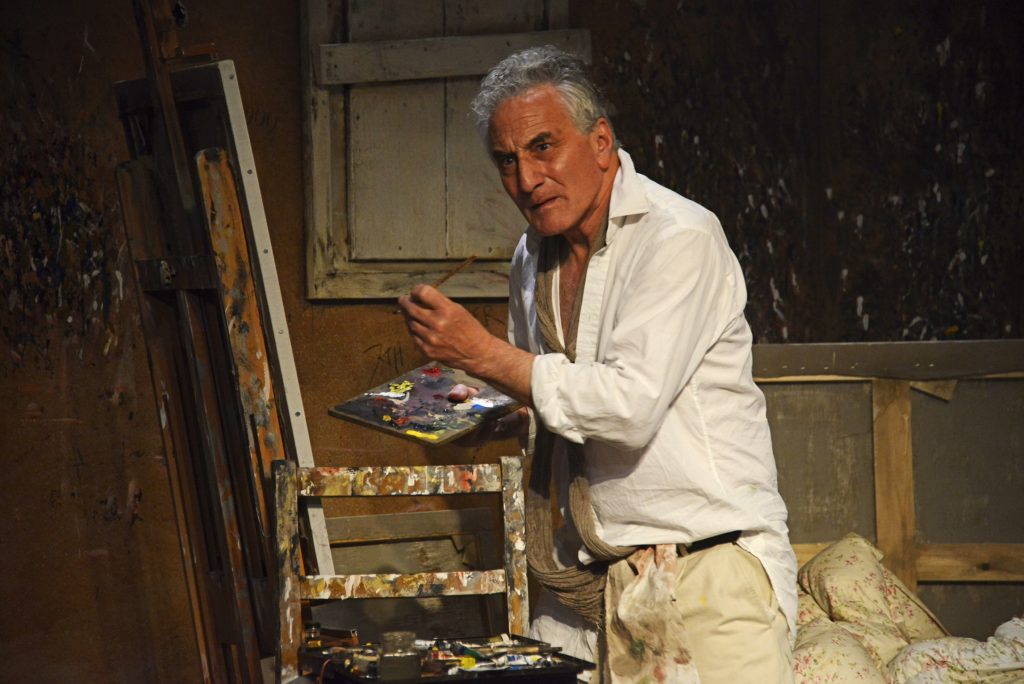 So this is the closest you’ll get to an interview with the man, with a wonderfully talented actor in the role, in the intimate beaut of a theatre that is the Ustinov. In short, it’s all the fun of sitting in a BBC studio watching a Parky or Harty/Freud set-to when a brick flies through the window.

Talking of bricks, the physical world here is perfect. Carla Goodman’s set is irreproachable; everything you could wish for, right up to the canvas-frame skylights that let Oliver Fenwick’s lighting sing.

Now, back to the script. There’s anecdotes, celebrity name-dropping, everything such a night would offer. There’s even the genius’s irritations with the “interviewer” (in this case an unseen, attractive naked female sitter) that always made for such great telly. 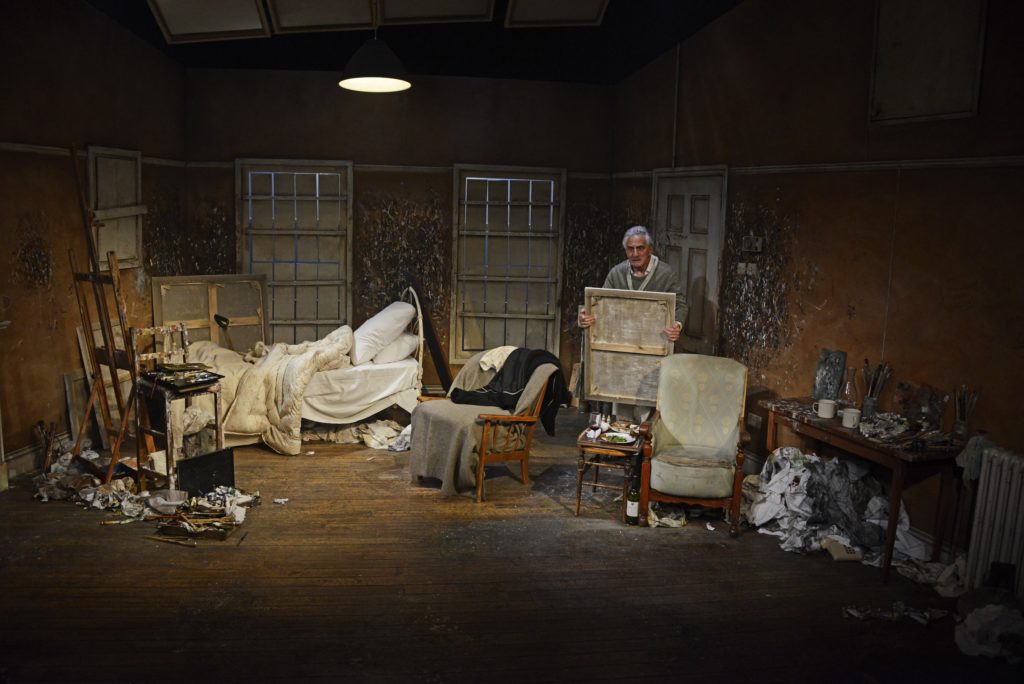 The problem is that all this research sits heavy on the script and squashes any chance of a dramatic portrayal of a man, rather than than a depiction of a “public personality”. Yes, it’s entertaining, but really, where is the human underneath; why are we denied any sense of a character who progresses through this experience? Neither Lucian nor we are any further forward by the curtain than we were when we walked in. And that’s sadly what makes this “an evening with…” rather than a serious play.

There is, underneath, a beautiful psychodrama which bubbles but is not allowed to pop: the fate of Freud’s family and his relationship to its various players. While he, and famously his grandfather Sigmund, escaped to England before the war, the Nazis murdered many of his family.

Director Tom Attenborough (sound, Matt McKenzie) underpins this message with a very subtle use of Steve Reich’s wonderful Different Trains. Reich’s is a powerful piece of music (and a recommended listen): an adult reaction to Reich’s American-Jewish experience of the war as a child. 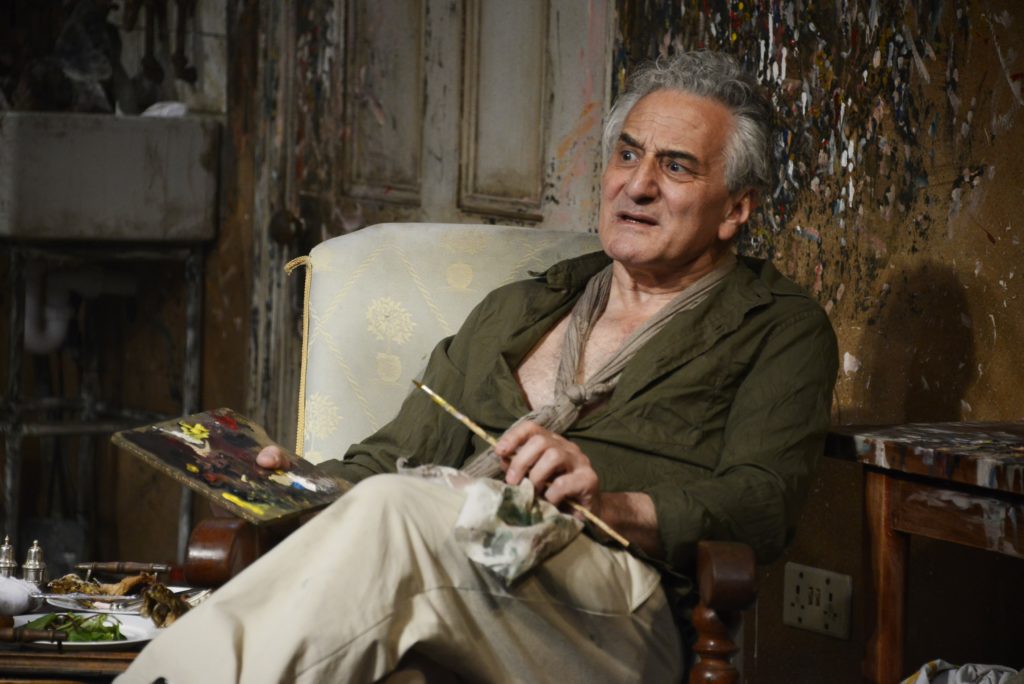 But Alan Franks offers an external drama that is more of a blip than a bomb. It’s a lost opportunity for British theatre when both Goodman and the Ustinov offer such a strong springboard. As it stands, this is a lovely 90-minute show (which doesn’t need an interval to weaken the second half), but it fails to pack its promised punch.

The character of Freud here is so pleasing, much fun, a tickle for educated theatre festival crowds. Yes, he gets grouchy, but the next moment he’s rolling over to have his belly tickled. There’s no jeopardy, no stakes. I wish the show all the best, and hope, perhaps a revival with some emotional guts and sinew will appear further down the line.

Looking At Lucian is at the Ustinov Studio, Theatre Royal Bath until September 2. For tickets, visit www.theatreroyal.org.uk