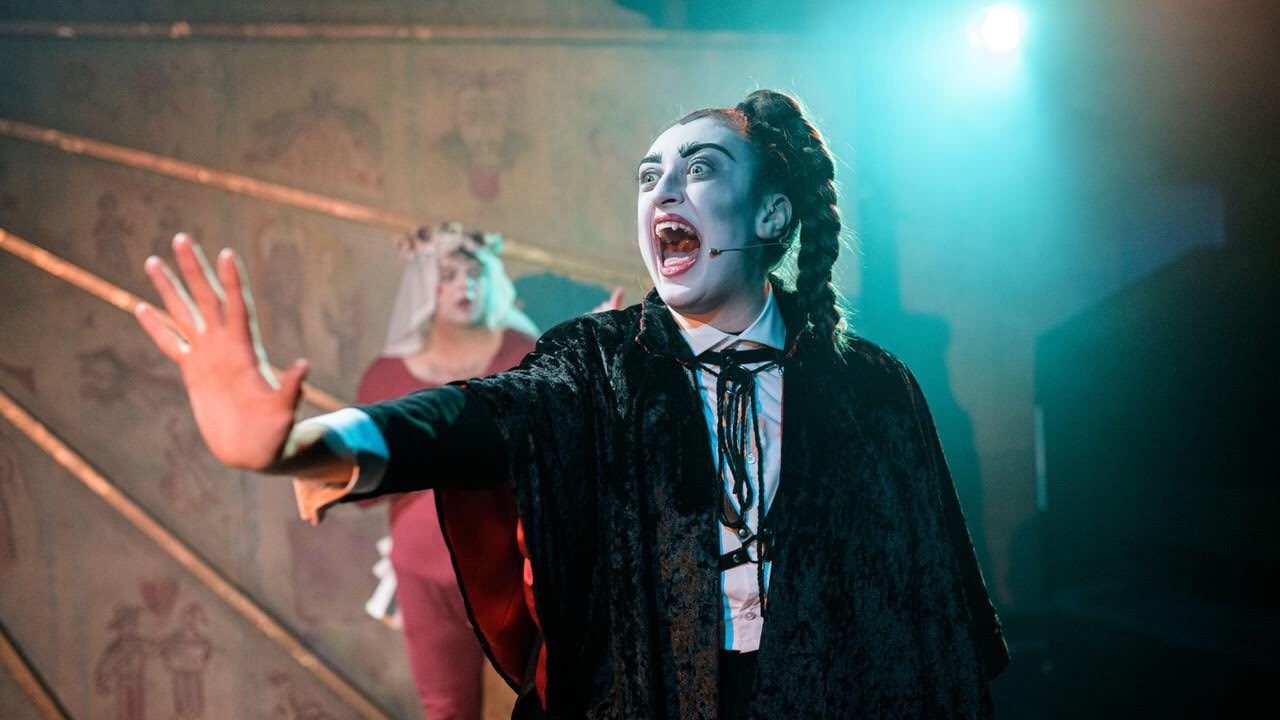 There is a phrase that strikes dread into the heart of any experienced theatregoer: “Devised by the company”. All too often it promises an evening of self-satisfied actors delivering stuff that was clearly hilarious in the rehearsal room, but that falls utterly flat when placed before paying punters.

The Wardrobe Theatre’s Drac & Jill is “devised by the company”. The good news is that this show totally defies those expectations.

Drac & Jill is hilarious. Bizarre, discombobulating, ridiculous, maybe even insane. And definitely not family-friendly. But utterly spot-on throughout, with underneath it a hidden degree of cleverness and skill that never makes itself manifest but seeps gradually into your awareness over time.

The first ten minutes are misleading. Opening with the story of Jack & Jill and their trip up the hill told with the use of puppets, it feels like it might be one of those arty Travelling Light-esque shows that draws heavily on mid-century East European animation.

But then we quickly jump to a convent where bolshy Sister Frances (Alice Lamb) and backing chorus deliver a lengthy pop number about monastic life, which feels a bit hit-and-miss. The audience are not in the right headspace yet. Combined with the ramshackle set, the bizarre make-up and the weird conflation of acting styles it still feels a lot like a classic ‘Devised by the company’ show. 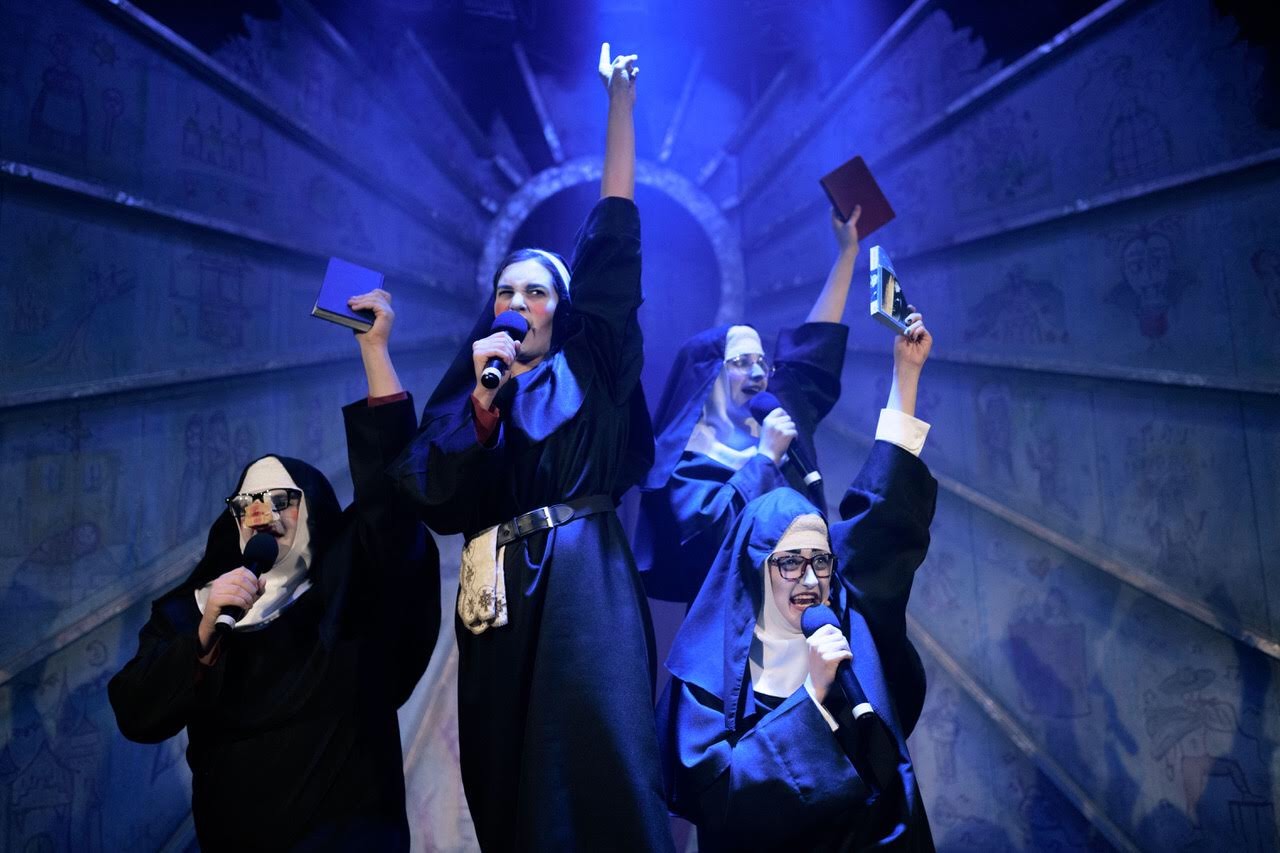 “A weird mash-up of The Sound of Music and Bram Stoker’s classic”: The Wardrobe Theatre’s ‘Drac & Jill’

But, gradually, the trust builds as a weird mash-up of The Sound of Music and Bram Stoker’s classic starts to take shape, with Frances venturing out of the convent to find someone to kill Dracula (Corrina Buchan). For all the chaos on stage, it becomes clear that the highly skilled cast of four know what they’re doing, playing a dazzling variety of roles, tumbling across the stage in quick costume changes and with little regard to gender-matching.

Buchan stands out, partly through her mastery of an amazing range of accents, and also because her uninhibited and flamboyant portrayal of priapic Dracula makes Rocky Horror’s Frank-N-Furter look positively dowdy. But Tom Fletcher’s many characters, from Van Helsing as an Eighties nightclub singer through to a startlingly wimpled Mother Superior, match Buchan in the comedy stakes. Lamb’s edge-teetering nun is bizarre and mercurial, but in a good way, balanced perfectly by the deadpan comedy of Caitlin Campbell’s Mina, the archetypical buttoned-up Englishwoman.

The show is utterly fearless in its cartoonish characterisation, its willingness to embrace anachronism (jokes about George Michael in 1890s Transylvania) and its ability to shift gear in an instant. It is also utterly filthy. 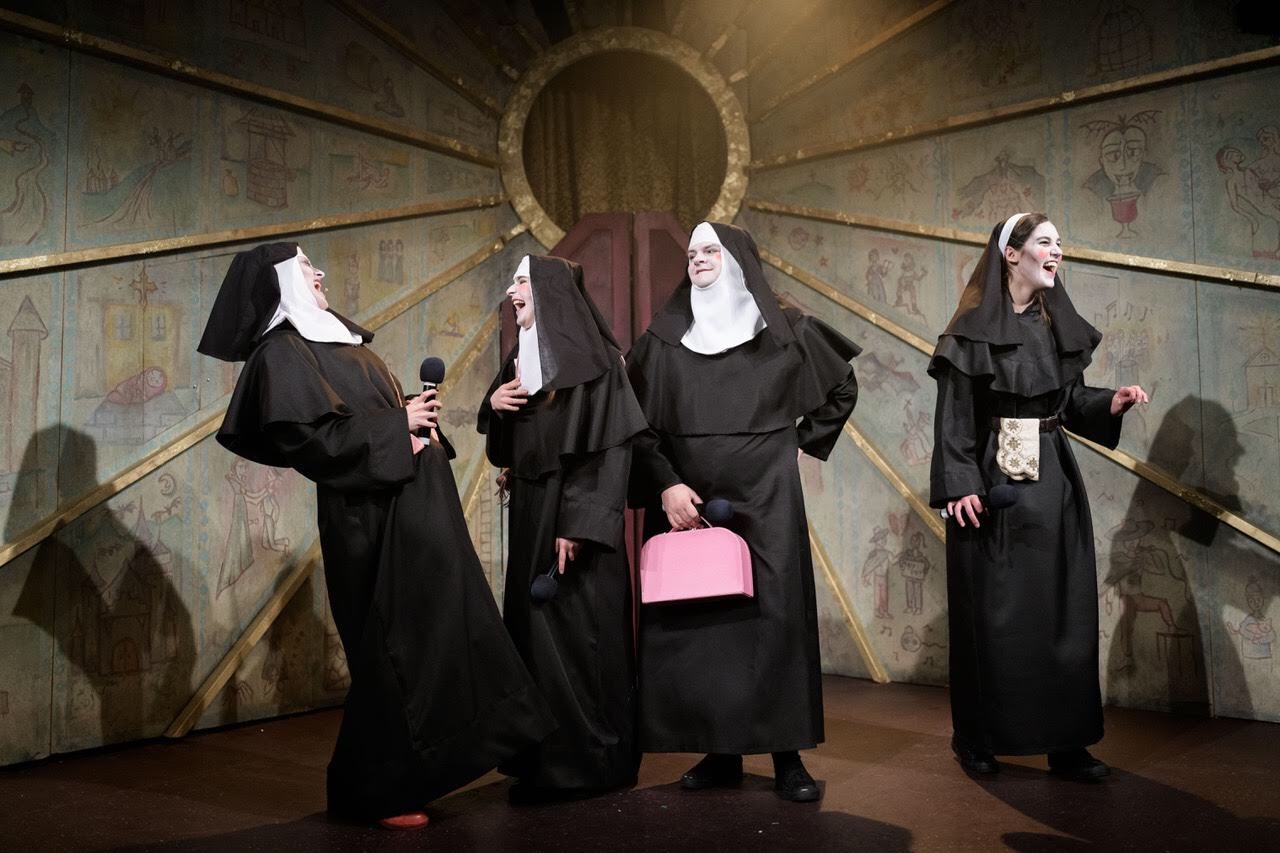 The ramshackleness of the set, the makeshift nature of the costumes and the tenuousness of the storyline mislead you into thinking that it’s somehow been thrown together. But it clearly hasn’t. Director Tom Brennan has obviously spent a very long time working with the actors to polish the sight gags, refine the comic ideas and turn what could be a self-indulgent mess into a very entertaining evening at the theatre.

As you stagger out into the night smiling yet befuddled, you murmur “What the hell was that?”. And only later does the realisation dawn. It’s pantomime. All the elements handed down over centuries are there: the cross-dressing, the singalong, the charismatic baddie, the romantic sub-plot, the jokes that bear no relation to the play’s time or place. 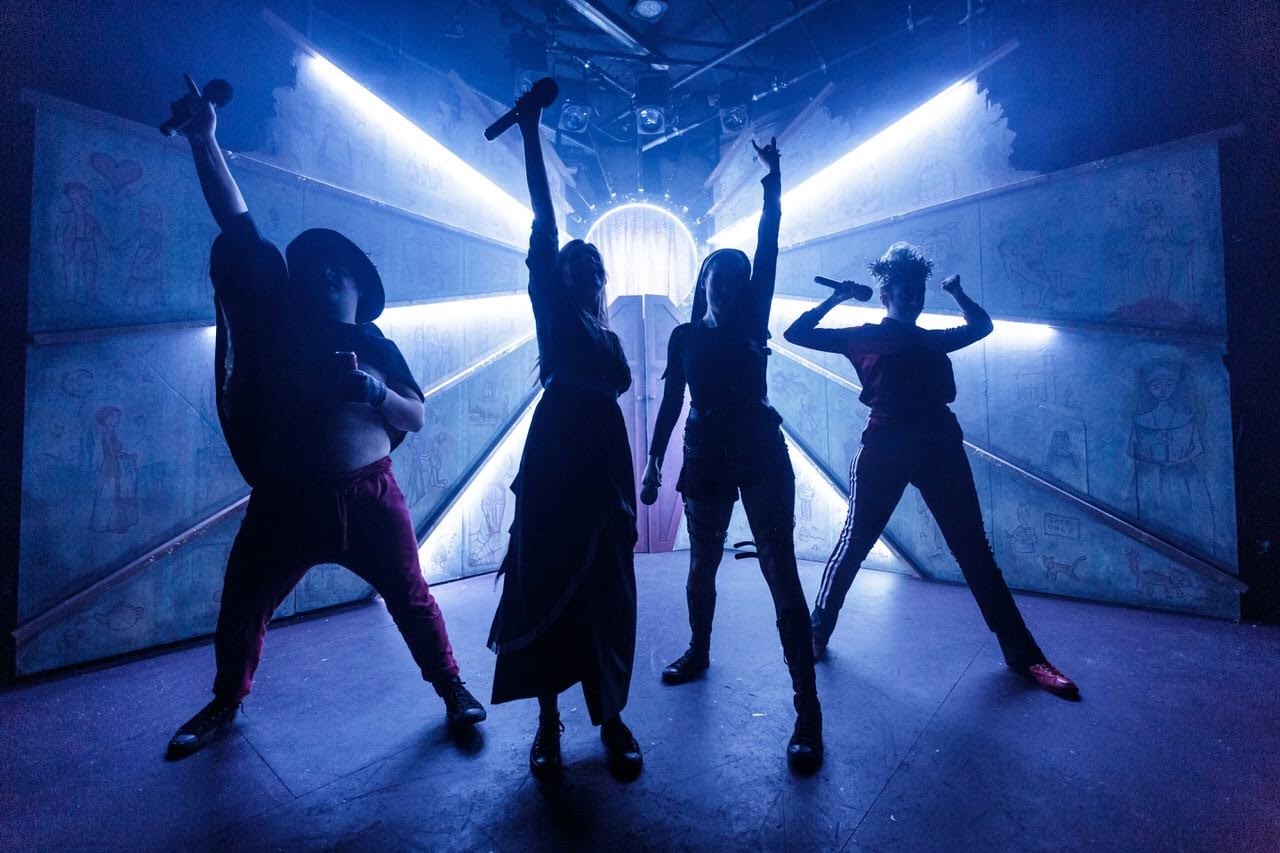 But whilst those elements have become ossified, degraded and commercialised in the celebrity-heavy shows currently playing at a big theatre near you, the Wardrobe has taken them and cleverly worked them into a fresh, mad, contemporary take on traditional panto. And it works. Drac & Jill is the perfect show to celebrate the Yuletide season.

Drac & Jill continues at the Wardrobe Theatre until January 19, 2020. For more info and to book tickets, visit thewardrobetheatre.com/livetheatre/drac-jill