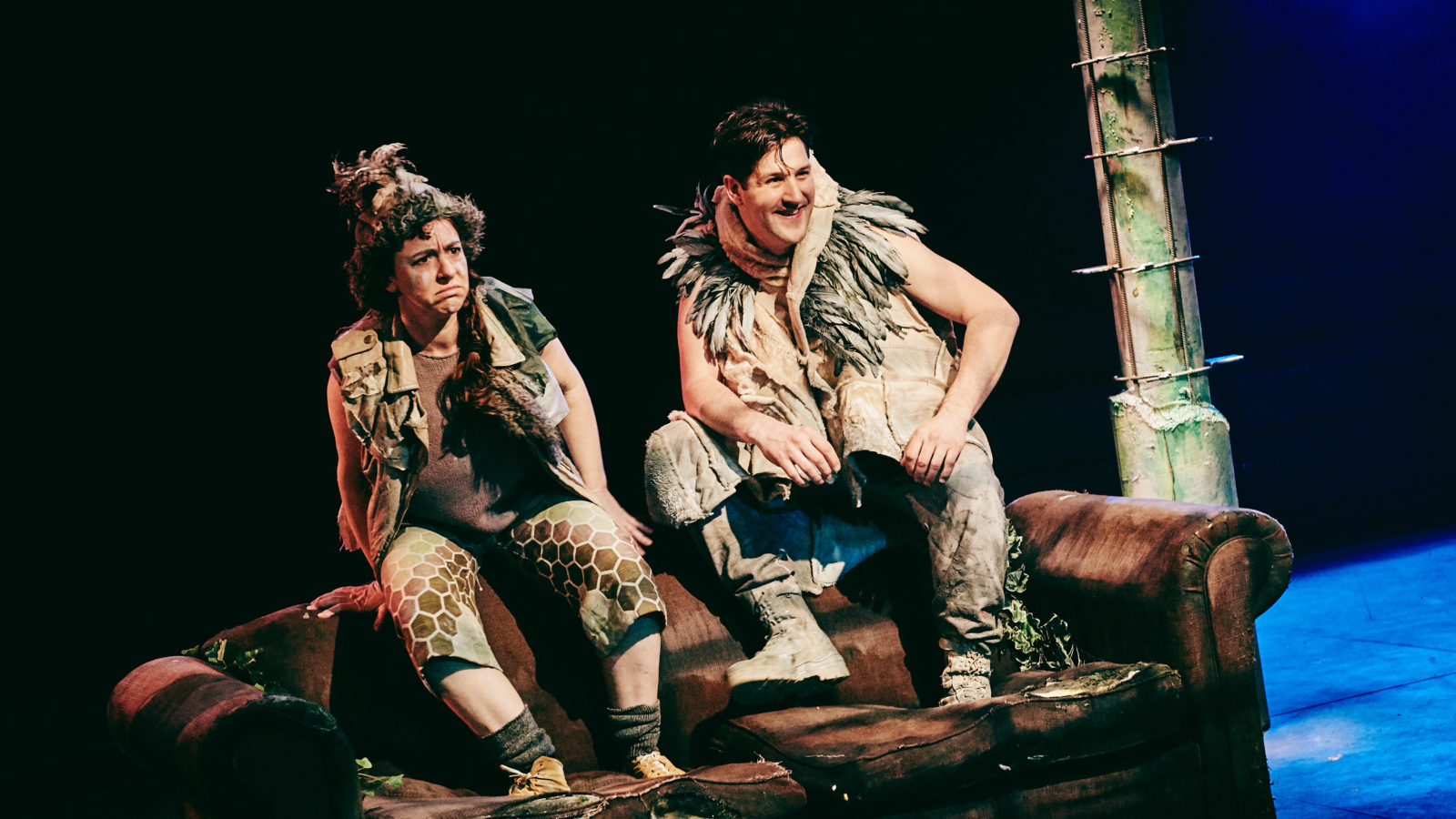 Following on from their acclaimed production of A View from a Bridge, the Factory Company return to take us on a fantastical adventure through Shakespeare’s A Midsummer Night’s Dream. We follow the intertwined fates of four lovers: Lysander, who loves Hermia but is arranged to be married to Demetrius, and Helena, who loves Demetrius, despite the scorn with which he greets her affections.

The plotting of this Shakespeare comedy is complex, with multiple relationships overlapping and intermingling with magical elements. At one point we even see a play within the main play as the Mechanicals, a sextet of amateur actors, put together a production for the group wedding which is to be the climax of the performance. 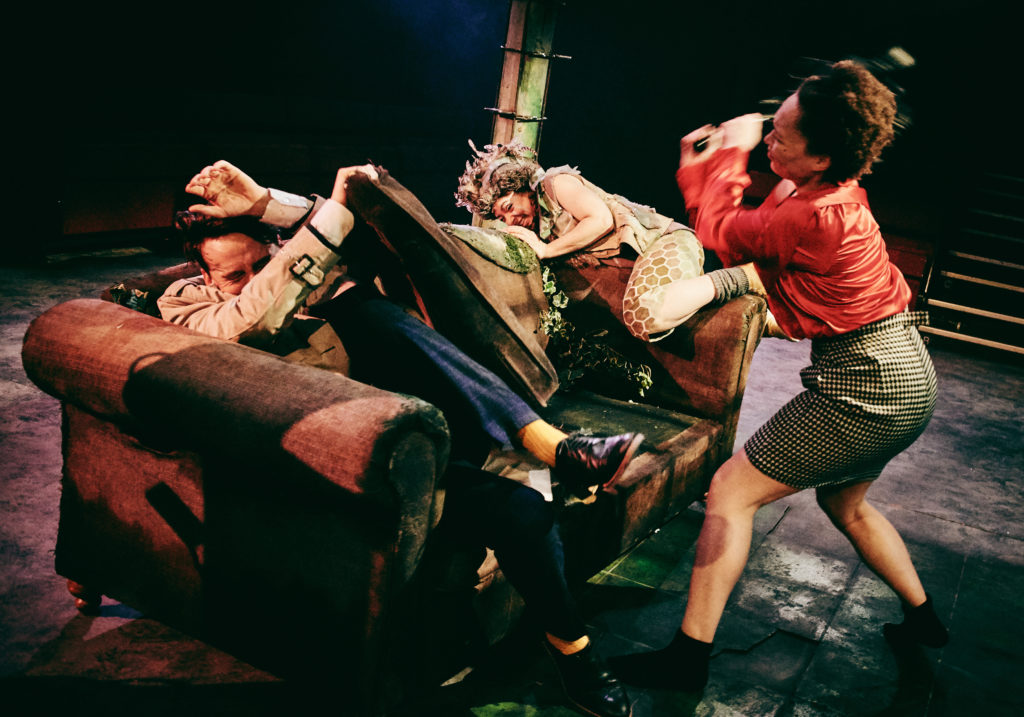 Despite this complexity, director Mike Tweddle has created a production which is remarkably clear. To a large extent this comes from way the relationships between the characters are performed with with big, unambiguous clarity. Key moments – such as when the tenderness between Lysander (Evlyne Oyedokun) and Hermia (Paksie Vernon) dissolves under the effects of the misdirected fairy love potion – are arranged with a precise eye for affecting imagery. Yet, at the same time, the actors are given space to let playfulness breathe life into their interactions.

Lysander and Hermia flee into the forest to escape her father Egeus’ (Danann McAleer) arranged marriage. By casting Lysander as a woman Tweddle both subverts the canonical version of the play, and draws attention to political battles that are live today. 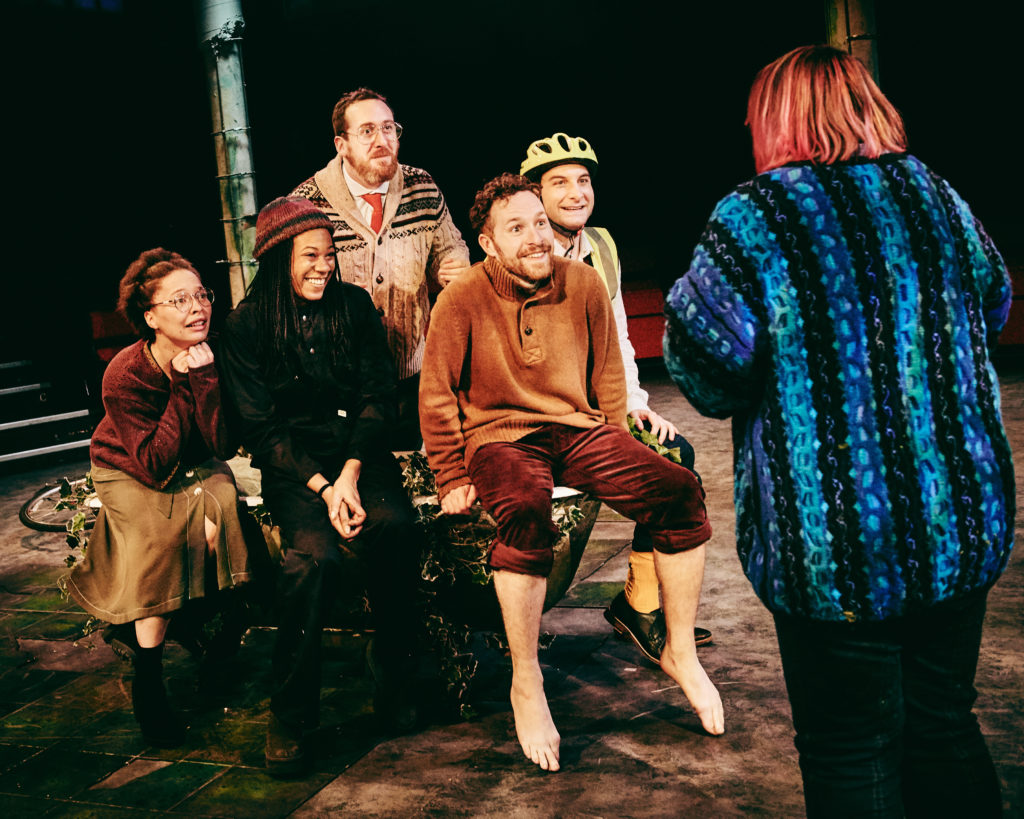 The director has said that “the play is about how we all have access constantly, if we want it, to the world of fantasy, imagination and dream.” This sense comes through, not just in the magical plot lines, where people are transformed into donkeys and the fairy kingdom interlaces with our own, but also in details of the staging.

For instance, when the fairy queen Titania (Charleen Qwaye) is carried onstage in a bath, her fairy courtiers in majestic attendance, this fantastic scene is enabled by a hydraulic pallet jack. The juxtaposition between the magical elegance of Titania’s presence and the gruff semantics of this piece of warehouse machinery is both comical and joyously imaginative. 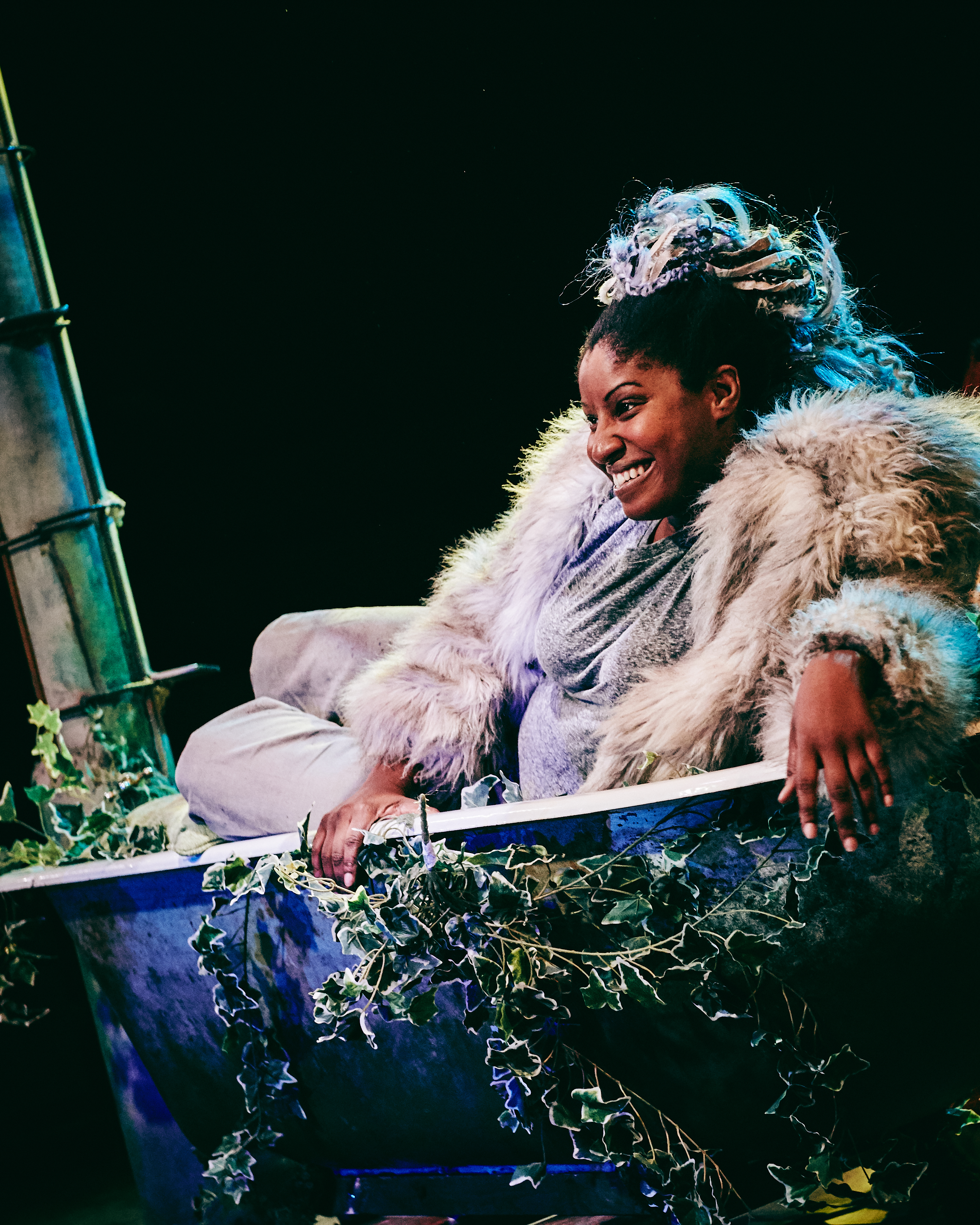 The comic highlights of the play often revolve around the Mechanicals, who we meet as they prepare a play for the amusement of the Athenian court. This amateurish troupe are a natural counterpoint to the high drama elsewhere in the play, and Heather Williams’ performance as Bottom is a particular delight in its extroverted variety. Tom Snout’s (Joseph Tweedale) turn as a wall in the play-within-the-play had the whole theatre hysterical with laughter. 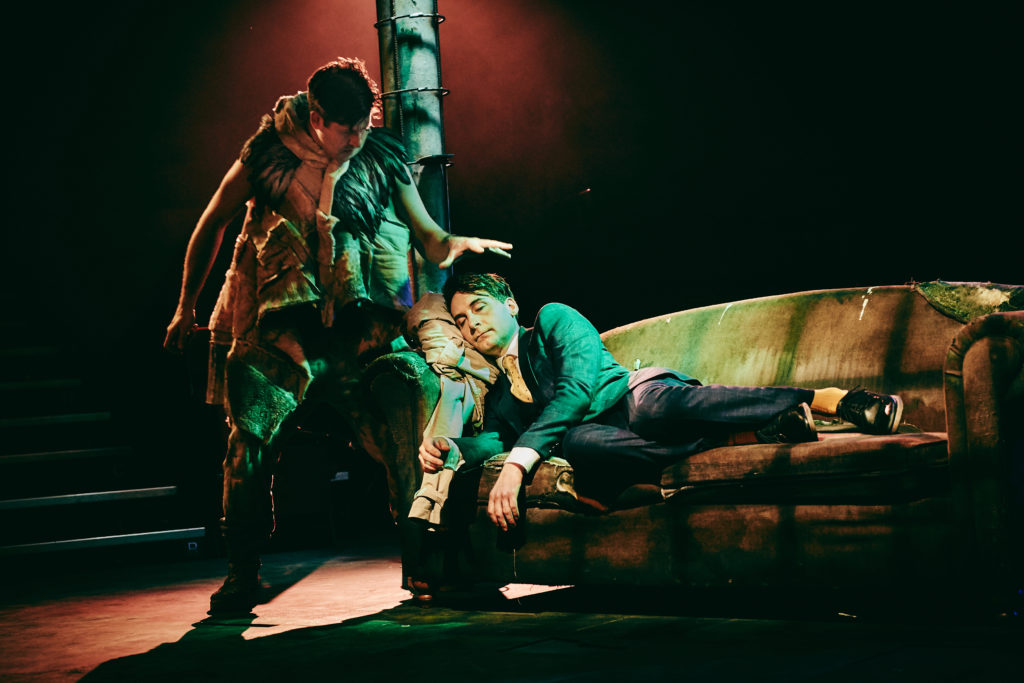 The fast pacing and multi-roling lends a sense of terrific momentum: the in-the-round staging creates an intimacy with the audience that feels almost collaborative. Deft light and sound decisions (such as presenting the opening scene in a TV gala style) keep things engaging.