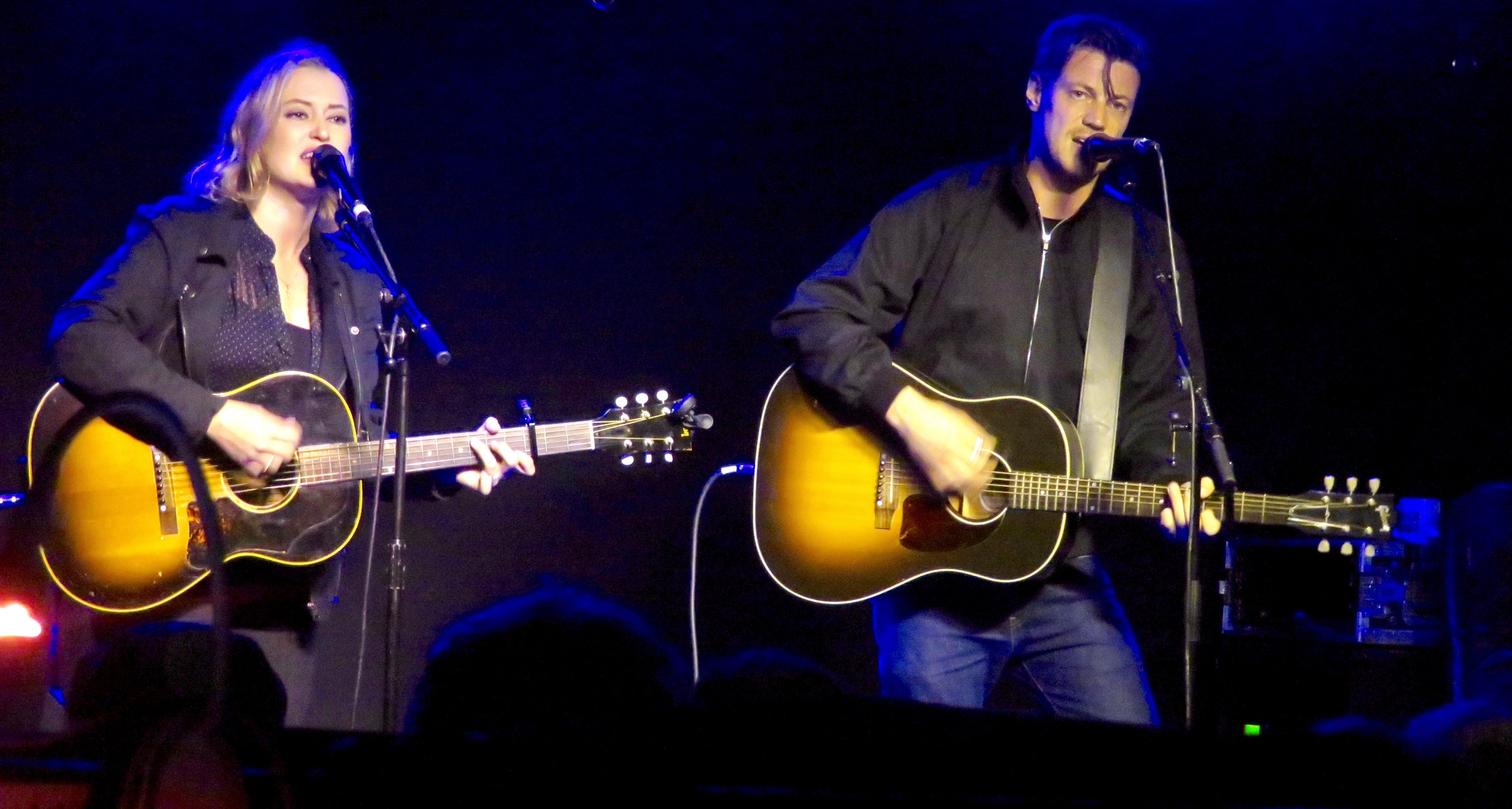 James Walbourne is vocalist, guitarist, songwriter and husband of Kami Thompson. He is currently a member of The Rails and The Pretenders.

Journalist David Hepworth, editor of Smash Hits in its heyday, tells the story of sitting alongside Billy Connolly at Live Aid. As The Pretenders ambled on for their Wembley set Connolly remarked: “I wouldn’t join that group.” This was not long after both James Honeyman-Scott and Pete Farndon of the group had died. “Why not?” Hepworth asked. “Nobody leaves”, he replied.

James Walbourne is not also currently, as far as I’m aware, the drummer in Spinal Tap. Nevertheless, it can’t be easy. Kami Thompson is vocalist, guitarist, songwriter and wife of James Walbourne. She is also a member of The Rails. Her older brother, Teddy Thompson, has a song called Family. “My father is one of the greats to ever step on a stage / My mother has one of the most beautiful voices in the world” goes its opening line.

In 1982 Richard & Linda Thompson released Shoot out the Lights. It always hovers somewhere below Dylan’s Blood on the Tracks in those lists of the great break up albums. During its making, Richard had fallen in love with someone else.  The tour they undertook to promote it is legendary for bitter and dramatic shows with tales of backstage ashtrays being thrown at heads. Allegedly. Linda was pregnant during the recording. Kami is their youngest daughter. She was in utero when they separated. It really, really can’t be easy.

Carrying that much baggage it was a surprise they could squeeze into the back room at Rough Trade. Just the two of them, having left their rhythm section at home, they just about managed it. It is the soggiest August evening imaginable and they are here to promote a new album called Cancel the Sun. 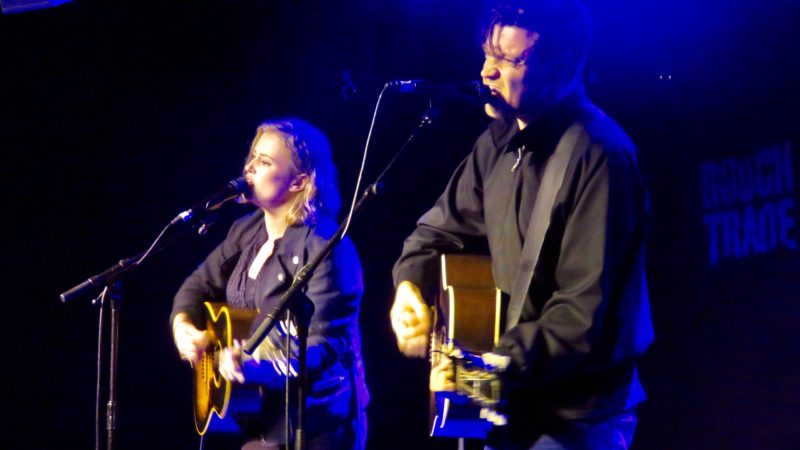 The Rails by Harry McPhillimy

It marks a shift away from the folky leanings of their first couple of albums. This one is less Cecil Sharp House and sits more happily in the Brit indie-rock lineage of taut, no excess writing that goes from The Kinks to The Pretenders (them again). The Smiths to Blur. They’ve even got Stephen Street to produce. Check the back covers of The Queen is Dead and Parklife for further details.

They are a striking sounding pair. Kami has a clear voice, often sad, delightfully expressive.  James’ voice has a harsher tone. Tight harmonies are a speciality. Together they sound uncannily like Kami’s parents. This is no bad thing.

Their set is mostly culled from the new LP. They’ve written an instantly likeable batch of songs. James takes lead vocal for opener Ball and Chain which has the punch of a recently rediscovered 80s alt-rock classic. Call Me When it all Goes Wrong has a great hook with a lovely guitar-led pop swagger and is the most immediately memorable tune. If the writing was not so good they could easily fall into the landfill indie mush that populates some of daytime BBC 6 music. There is never any risk of that. Save the Planet suggests mankind’s suicide is the only remedy to our climate emergency. A brave lyric that already seems to be open to misinterpretation.

They haven’t completely forgotten their folk roots and both Mossy Well, with its waltzy sway, and William Taylor, are intriguing nods back to that tradition. Something is Slipping My Mind is a real highlight. A broken-hearted country ballad that could happily sit alongside the songs of sadness by another great husband and wife songwriting team, Felice and Boudleaux Bryant, produced for The Everlys et al. There are few higher compliments in the songwriting lexicon.

The smallish and somewhat damp crowd who braved the elements greeted them warmly. They’ll be back at the end of October with their full four-piece for a longer show at The Louisiana. It will be a real treat to hear this striking and varied collection of songs given the full arrangements they deserve. Get along if you can.