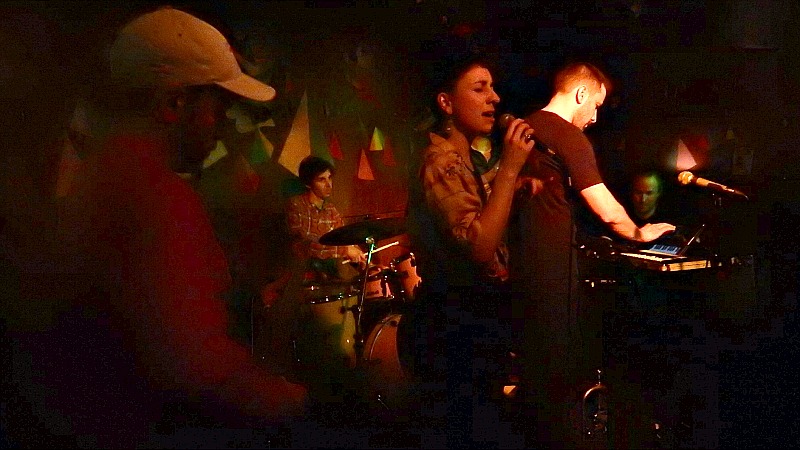 It’s been a while since this classy jazz-meets-R’n’B outfit have been seen and it’s clear they’re in a transition. The new line-up includes jazz guitarist Dan Waldman and Arge McGee on drums, maintaining the band’s commitment to rhythmic tightness and instrumental possibilities established by longer-established members Richie Blake (bass), Andy Nowak (keys) and founder-leader Gary Alesbrook (flugelhorn/synth). They opened, surprisingly, with a cover: Prince’s When Doves Fly, initially challenging vocalist Marie Lister’s lower register but bursting into life when Dan Waldman let rip a very purple guitar solo and she returned an octave higher.

The sound became more settled in the hard funking original I’m Gonna Change Your Mind , with Andy Nowak pounding the keys and Gary Alesbrook’s processed flugelhorn stabbing spectacular bursts like a Frank Zappa guitar solo. Marie’s vocal had more assurance on the song, too, and this was true for all the band’s own numbers through the evening – songs like An Education, Taking My Time  and Good For Love gained conviction from their ownership. By contrast the cover versions – though clearly very crowd pleasing – merely had the professionalism of an excellent wedding band, even the stinging Word Up with its ferocious bass solo from Richie Blake.

The Duval Project has a great pool of musical talent behind a charismatic and compelling vocalist so whatever they are playing reflects that richness of resources. Hearing Marie announce at the end that they are writing and recording a new album was great news, and once the new line-up and material is bedded in we can expect great things of them which, no doubt, they will deliver.