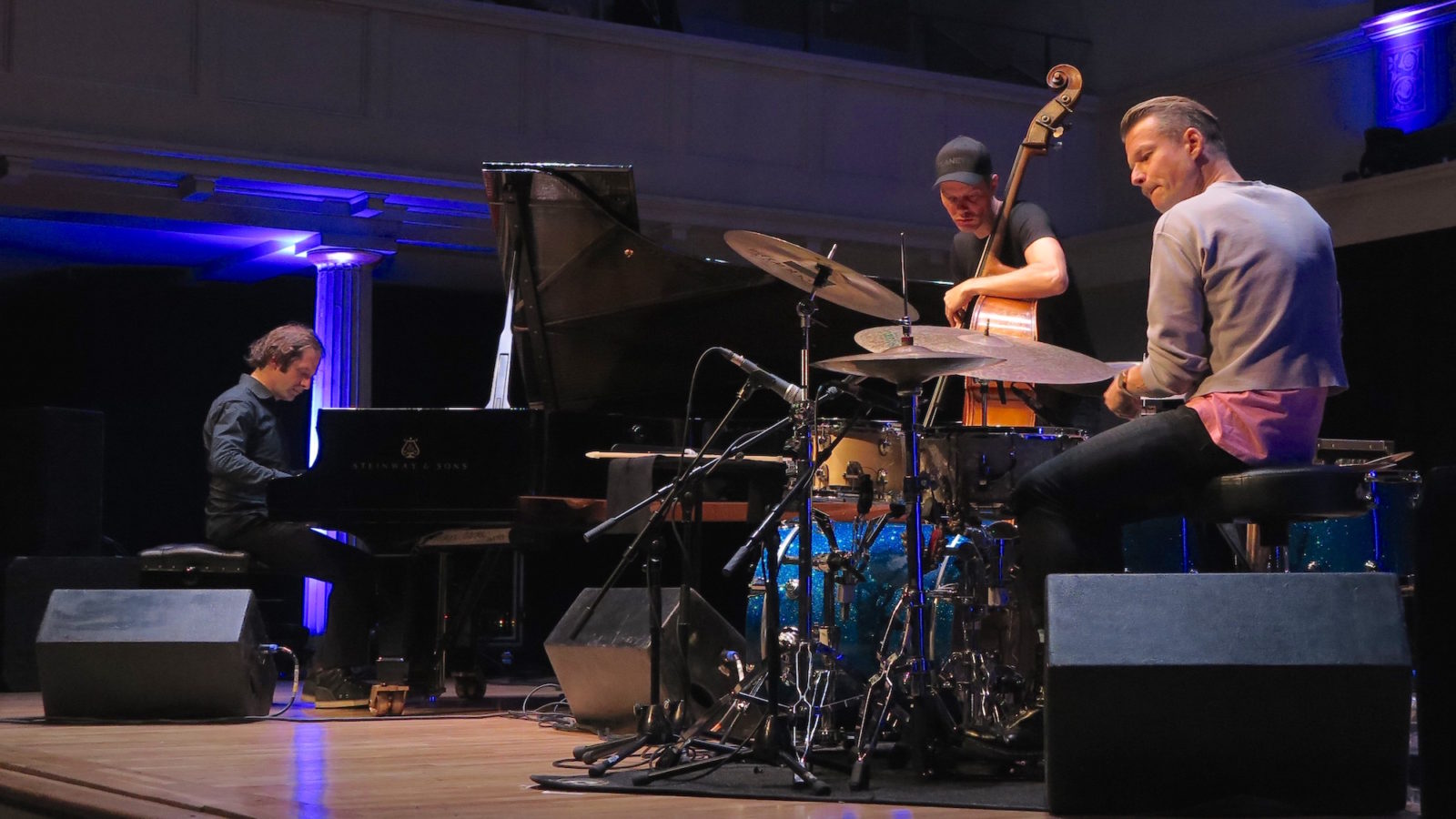 Leaving the Hall you could see the old hands grinning to each other, clearly satisfied by what had just happened. After nearly 15 years together, this powerful trio have retained the energy and freshness that rapidly propelled them to the top of the European jazz scene while developing and deepening the mutual understanding that holds the band’s music together. And yes, of course, they didn’t disappoint on the night. 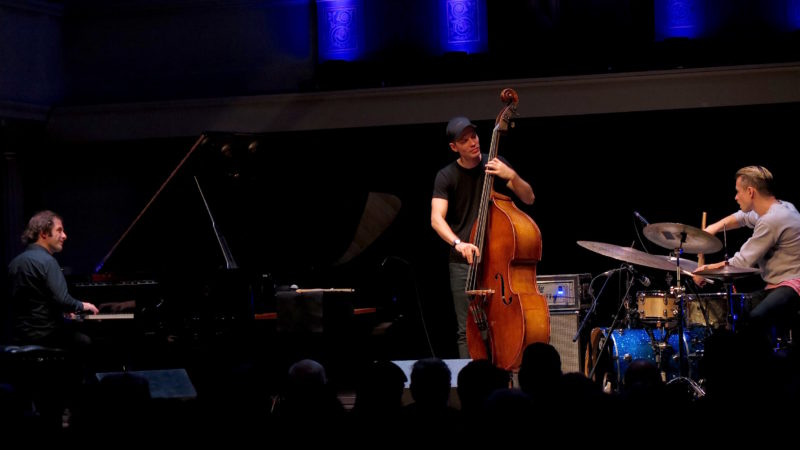 Before they started, Danish bass player Jasper Høiby announced that they had no set list and no plan, but simply intended to play ‘and stop when we feel like it’. Right on cue, Swedish drummer Anton Eger began an almost inaudible solo exploration of his cymbals that eventually drew some gently trilling piano phrases from UK pianist Ivo Neame. Thus began a gradual process of assembly, the bass and piano weaving around an insistent single note, and the tune The Tree Did Not Die emerged, or at least a sketched and stripped down version of it. Knowing the kind of tumultuous onslaught that Phronesis can (and, later, would) produce made this uncharacteristically restrained and elegant introduction feel light-headed and welcoming. 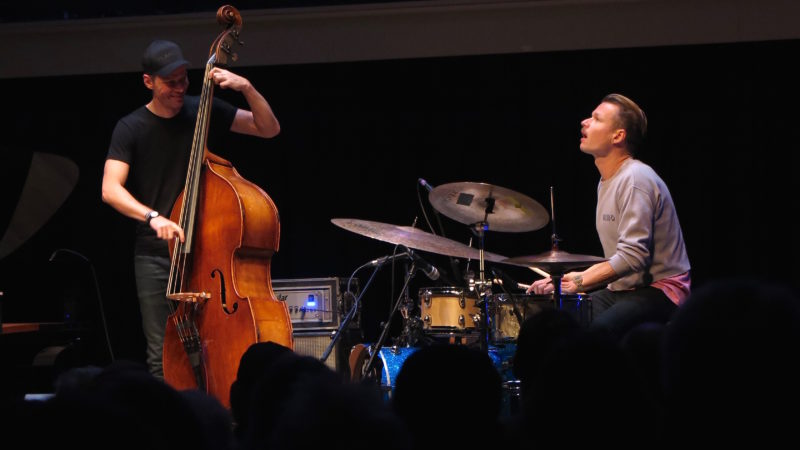 As things progressed from tune to tune the band’s use of complex structures and acoustic tone came to the fore, helped in no small way by Anton Eger’s capacity to play the drums (rather than to simply drum). His creative and melodic use of the kit rarely settled into anything resembling a groove, yet always bristled with rhythmic energy that defined and shaped what the others played, while Ivo Neame’s right hand often drove big chords that fleshed out harmonic possibilities. Jasper Høiby, meanwhile, belied his deadpan expression with cleverly whimsical shifts and surprises. Even he could not resist an occasional grin as his ideas were caught and embraced in the flow of the music. 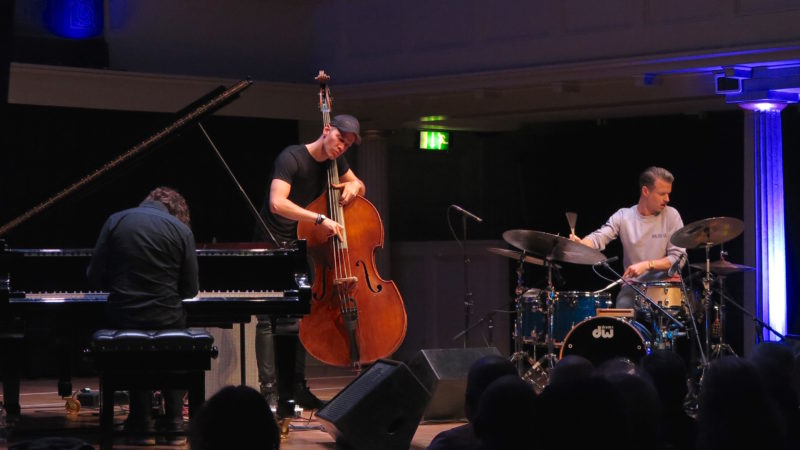 They played four (or was it five?) pieces, each with its own defining mood, each a model of contemporary European jazz and each very much their own. The continuity lay in the way a core initial idea could be developed into a rich musical event, the satisfaction for the audience being to be led along by the flow while awaiting inevitable surprises. Watching the three players it was clear they were liberated by the music, able to fully be themselves while also committing to a collaboration in which they fitted perfectly.  It is that fit, surely, which has meant that these busy musicians have sustained Phronesis alongside their many other activities. How fortunate for them (and us) that a rich and fluid European jazz scene brought them together back in 2005 and has allowed them to keep this project maturing ever since. Let us hope that we can continue to benefit from that richness in the future.