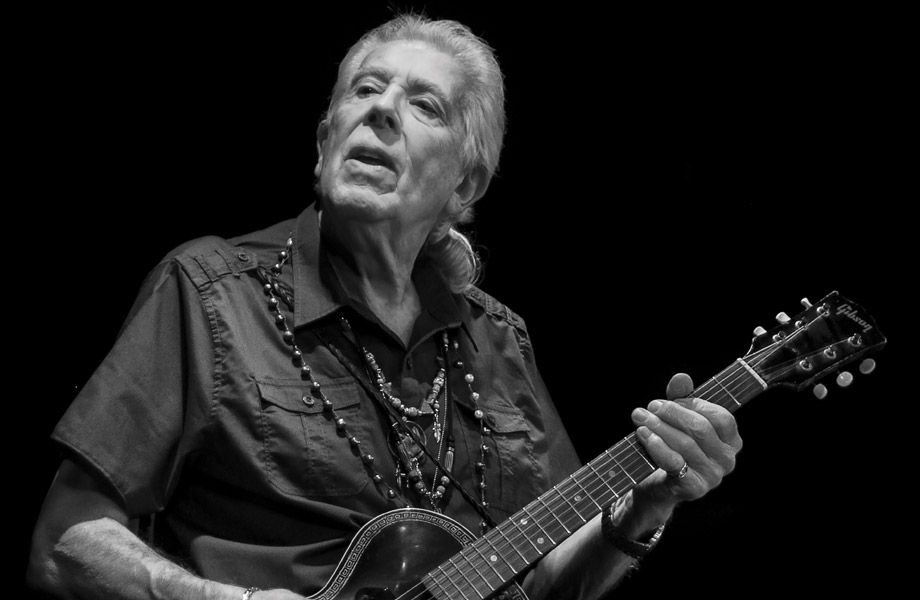 Eighty-four years old, sixty-five original albums under his belt and nicknamed the ‘Godfather of British Blues’, John Mayall returns to Bristol tonight after the release of his new LP Talk About That, recorded with his comrades Greg Rzab on the bass and Jay Davenport on drums.

Mayall is most famous for creating the Bluesbreakers, a band in which the greatest, such as Eric Clapton, Mick Taylor or Mick Fleetwood amongst others, contributed in turn like a torch-passing ritual. After years of an on and off relationship with his band, Mayall announced in 2008 that he was retiring it, thinking it was time for a fresh start. The auditorium of the Colston Hall is almost a full house to celebrate blues music and its coherent relevancy after so many years.

As Mayall enters the stage and asks the seated audience to pretend to be in a club, his wit and his humbleness particularly strike me. The status of legend gently fades away to make space for down-to-earth fun. The set starts with the swinging Mother in Law Blues, his voice confident and his piano work impeccable. Mid-song, he grabs his harmonica with his left hand and starts a passionate solo while his right-hand fingers continue to press energetically on the keys. On Floodin’ in California, Mayall switches the keyboards for his Hammond organ, whose sound comes together fittingly with the funky sensual accompaniment.

He continues with Gimme One More Day, which sees the band bring some nuance in the music, moving from a bouncing bass to an interesting decrescendo on which John’s guitar tremolos can glow. Despite playing the solo on this song, Mayall is a very altruistic frontman. He spotlights the backing musicians on almost every tune so they can shine with frenzied solos, the highlight being Greg Rzab’s mind-boggling bass-slapping tirade with a nod to the Pink Panther on Chicago Line. Finishing the set of nine long songs is Room to Move, a fast boogie-woogie on which a sort of whispered scat is performed, leaving the crowd on holding their breath.

Tonight’s show proves again that music is ageless, even more if the performer keeps fuelling the fire. By experimenting new materials and new musical partnerships and mixing these with his blues roots, John Mayall has kept his vital sparkle. The ‘Godfather of British Blues’ is not yet ready to stop yet, all for the hearing pleasure of his audience.