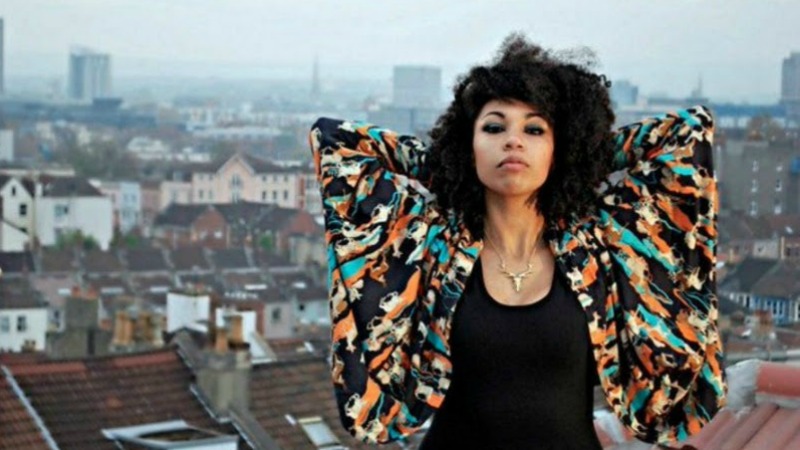 As well as being a fantastic event, the BBC Radio 6Music Festival is an opportunity to shine a light on the host city’s music scene. When Bristol was announced as the venue for this year’s festival our first reaction was to ask which Bristol acts should be booked to play the festival. One thing led to another, and pretty soon we found ourselves involved in the festival Fringe.

Our stages at The Fleece and The Attic offer an editor’s pick of Bristol’s music and club scenes at a time when they’re as strong as they’ve ever been.

We’re very excited to be part of The Fringe – Supported by BBC Radio 6 Music Festival, and to be working with two great venues to present some of the most talented bands, artists, DJs and producers in Bristol.

Best known as the lead singer of Dub Mafia, our headliner at The Fleece has worked with everyone from Stanton Warriors to Jus Now, Danny Byrd and Mr Woodnote. Her own music – which draws on reggae, hip-hop, jungle and soul – is embellished with strong lyrics and three-part harmonies, as heard on her infectious debut mixtape Konichi-Wah-Gwarn Vol.1.

Bridging indie, folk, hip-hop and electronica, Sam Wisternoff is one of the most inventive Bristol artists of his generation. His 2014 album Exploding Views is a masterclass in experimental pop.

Steeped in rock ‘n’ roll, Candy Darling‘s songs burst with hooks, drama, grit and glamour. Frontwoman Emily Breeze is a true star, and the atmosphere at recent live shows suggest the world is fast waking up to that fact.

One of our most intense live bands, the St. Pierre Snake Invasion’s recent debut album A Hundred Years A Day proves they’ve got it in the studio too. A late night brawl of hard-nosed riffs and ballistic drums, thrillingly topped off with the raw vocals of unstoppable frontman Damien Sayell.

By turns soothing, unsettling and otherworldly, Kayla Painter produces some of the subtlest and most inventive electronic music to be heard in Bristol. She’s already supported Plaid, Phaeleh and Hidden Orchestra, and 2016 could well be her year.

Contrasting space age glamour with the earthbound struggles of a man in crisis, The Dead Astronaut S/T was one of 2015’s most thought-provoking and beautiful albums. Here songwriter James McKeown brings the record to life with the help of bandmates from Hi Fiction Science.

Wojtek Rusin’s Katapulto sounds like late 70s / early 80s cold wave pop updated by someone who grew up with contemporary electronica. His surreal, witty reflections on modern life are deadpanned over nagging riffs, blasted beats and sublime flurries of synth.

James Ironside is a veteran of the underground rave scene and a Bristol24/7 favourite. A member of the P.R.A.N.K and [dissident] soundsystems and former resident of Toxic Dancehall and Bashout, he’s also appeared at festivals like Boomtown and Glade. Expect a bit of everything from dancehall through jungle and beyond.

Jus Now’s music is an alliance between Bristol and Trinidad: a collaboration between producers living 4,500 miles from each other. The resulting cocktail of soca and jungle has proved irresistible at festivals, clubs and carnivals alike and ‘Tun Up’ received major airplay on BBC 1Xtra.

Affiliated with Pinch’s imprint Cold Recordings and dub-techno overlords Livity Sound, Omar McCutcheon is one of the city’s most exciting young producers. He recently launched his own label called Timedance, and his music has been compared favourably to the likes of Hodge and Untold.

Emerging from the ashes of the Bristol dubstep scene, Lurka’s early champions included Youngsta and Distance. A mainstay of the excellent Black Box Recordings, his rugged blend of techno and soundsystem bass has been picked up by 6Music’s own Gilles Peterson.

A recent signing to DJ Die’s fabulously eclectic Gutterfunk stable, White Bully bring a hip-hop / cut-up approach to their breaks-led electronica. Conceived in Russia, executed in Bristol and recently releasing a track featuring lyrics by Gravenhurst, they’re the newest thing on our lineup and we’re very excited to have them.

For more information see our event listings. Register your interest on Facebook here and here.