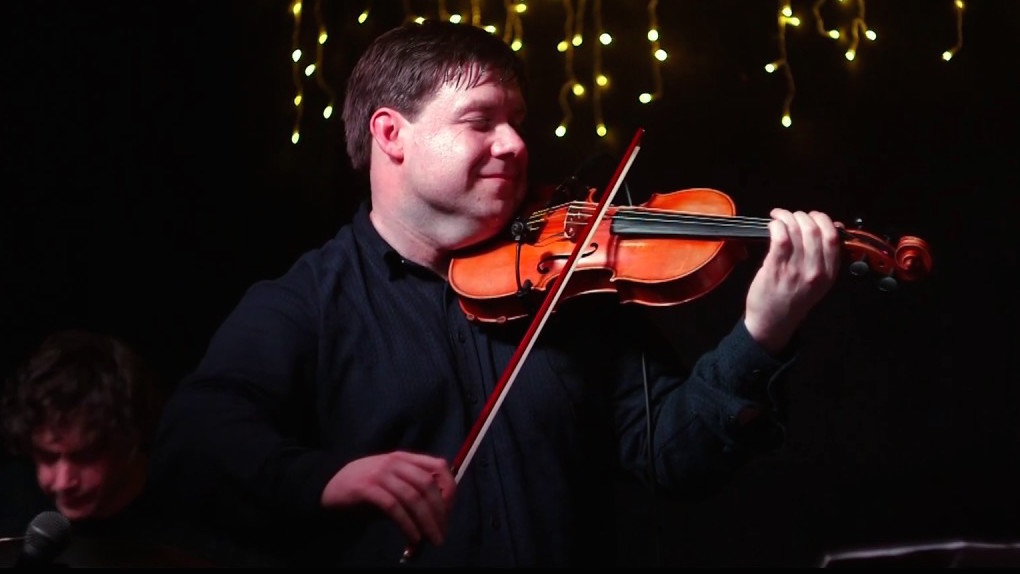 A local favourite previews his long-awaited album this week, another showcases a new band project, some formerly local names make interesting reappearances and a couple of contrasting saxophone stars showcase their new wares.

Violinist John Pearce (Future Inn, Thursday 19) appeared on the Bristol jazz scene some ten years ago having already established himself as a promising young classical player. Audiences were quickly won over by the immense passion and commitment he brought to his playing and he has remained a strong local favourite ever since. With a full schedule of classical and jazz work to keep him busy it’s only now that he’s releasing his first album. Just Friends is a collection of standards given John’s lush treatment, with his regular ace quartet of David Newton (piano), Will Harris (bass) and Ian Matthews (drums) ensuring a rich musical feast. This Bristol gig is a warm up for the album’s release party in London later this month.

Guitarist Steve Banks caught the ears of many with his distinctive, Metheny-esque contributions to Rebecca Nash’s Atlas project and album earlier this year. He returns the compliment by including Bex in his own new quintet, pulled together around a fresh set of music specially composed with Arts Council support. The Steve Banks Quintet makes its debut appearance at The Fringe (Wednesday 18).

The great Pee Wee Ellis has always been an imaginative contributor to new projects, so it will be interesting to see how he responds to Standing Waves (St George’s, Wednesday 18). It’s a multi-media, electro-acoustic transglobal concert also featuring the Bristol Ensemble, natural sound samples and specially made films. Familiar faces in a new setting return to St George’s the following day when Mesodorm vocalist Blythe Pepino and former Sheelanagig guitarist Kit Hawes join folk artist Sam Brookes and soulful songwriter/producer Pete Josef in The John Martyn Project (St George’s, Thursday 19). Their one-off Jazz Cafe evening in tribute to the late great guitarist and singer was so successful that it had to be repeated – twice – making this national tour inevitable. And Indigo Kid guitarist Dan Messore, formerly of this parish, turns up in almost unrecognisable guise as the frontman for the psychedelic chaos party of Los Pulpos del Diablo (Canteen, Saturday 21). Its carnivalesque and free-flowing music is reminiscent of early Gong with shades of Soft Machine.

Drummer James Maddren is always a welcome sight, not least because of the judicious choice of projects he associates with. As part of Josephine Davies Satori trio (Bebop Club, Friday 20) he provides a spontaneous and creative rhythm undertow to the saxophonist’s spacious and melodic music, with Dave Whitford’s rooted bass integrating the pair without weighing the music down. Their recent In The Corners of Clouds album is a fine example of beautifully woven chordless playing, with a reflective atmosphere that makes for compelling listening. Similar things could be said about neo-classical consort  Spindle Ensemble (St Anne’s Church, Thursday 19) whose timeless filmic music somehow links Early and Baroque with contemporary minimalism. And the intriguing improvised folk-jazz of Rock of Eye (El Rincon, Thursday 19) also has the charm of a flow of ideas as the trio spontaneously deconstruct traditional tunes en route to discovering others.