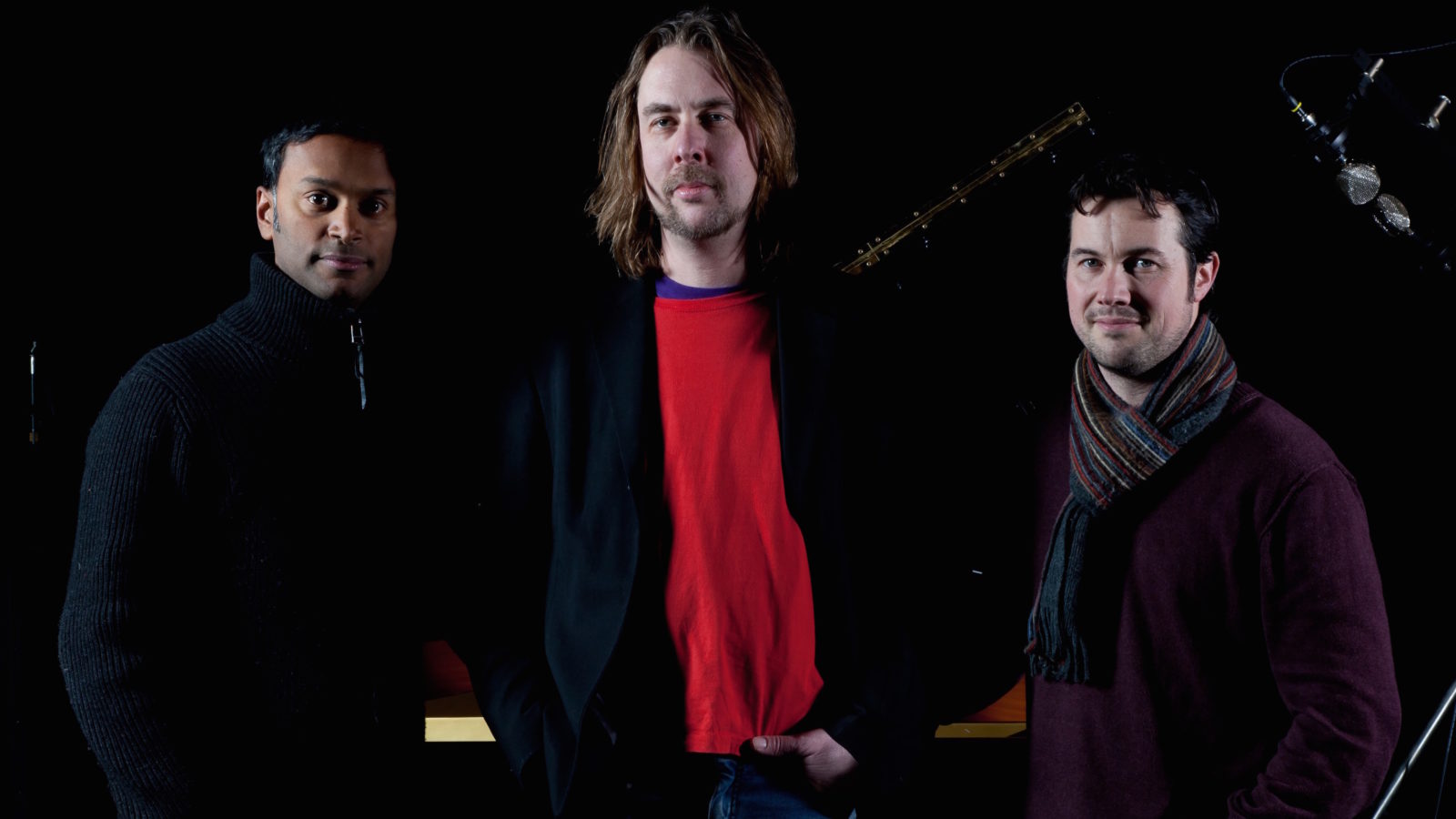 Well the left field is in the ascendent this week, balanced by some good time Hispanic grooving and a well-established name jumping up a gear.

The local hero in question is Jim Blomfield (The Den – Dockside, Saturday 15), long recognised hereabouts (and beyond) as a fine contemporary jazz pianist with a flourishing sideline in accomplished Latin playing.

Throughout the last couple of years his original music with the Jim Blomfield Trio has shifted to incorporate more synth-based electronica. While this can be a notorious pitfall for jazzers Jim has revealed himself to be seriously adept with his Prophet and this year’s CD Strange Beauty has been wowing old and new fans alike.

The following night (Friday 14) things get livelier at The Cube when the Kit Records roadshow rolls into town with the Scots-French electro-acoustic duo Poirier Marshall Partners headlining and Bristol’s Hamish Trevis aka Kinlaw deconstructing the EDM rulebook.

Then it’s all over to the Arnolfini for Fracture Patterns (Saturday 15), a large-scale multi-channel video installation with live soundtrack from EARTHEATER (PAN), with support from exploratory saxophonist Ben Vince.

It’s a hard choice, however, because Saturday night also features the ‘deviant devotional music’ of Ariadne, appropriately enough performed in the crypt of St Paul’s church in Southville courtesy of the Cacophonous Sarcophogus promoters.

But what of ‘proper jazz’ you may ask? Well, as well as the aforementioned Mr Blomfield, there’s the perfectly balanced violin and piano pairing of John Pearce & Dave Newton (Fringe, Wednesday 12), this time in quartet with Will Harris on bass and Ian Matthews drumming.

The Hispanic theme starts in Mexico, via the Balkans, courtesy of Los Kamer (Canteen, Thursday 13) and their swing-meets-funk Mariachi sound. Then there’s Manos Puestas (El Rincon, Friday 14), an acoustic guitar, percussion and double bass trio who take bebop, swing and modern jazz classics and give them a Flamenco interpretation.

The next night (Saturday 15) Leftbank hosts the debut album launch for accomplished Afro-Latin 7-piece Soma Soma and then you can recover the following afternoon at Canteen with the gentler acoustic Braziliana of  Amilê Trio.

Time was when singer/violinist Azhaar Saffar was very much associated with Brazilian jazz as front woman of the great Sirius B. Since those days she’s moved onwards and outwards, embracing a much wider range of influences in Azhaar & Global Wave (Future Inn, Thursday 13). Her percussion-rich band (which includes pianist Jim Blomfield) plays a distinctive fusion – the very Global Wave she used for the name.

And for more jazz-meets-grooves fusioneering there’s Komodo (No 1 Harbourside, Friday 14) with their richly brassy take on dub reggae and the inimitable powerhouse mix of funk, soul and Latin from Mango Factory (The Den – Dockside).