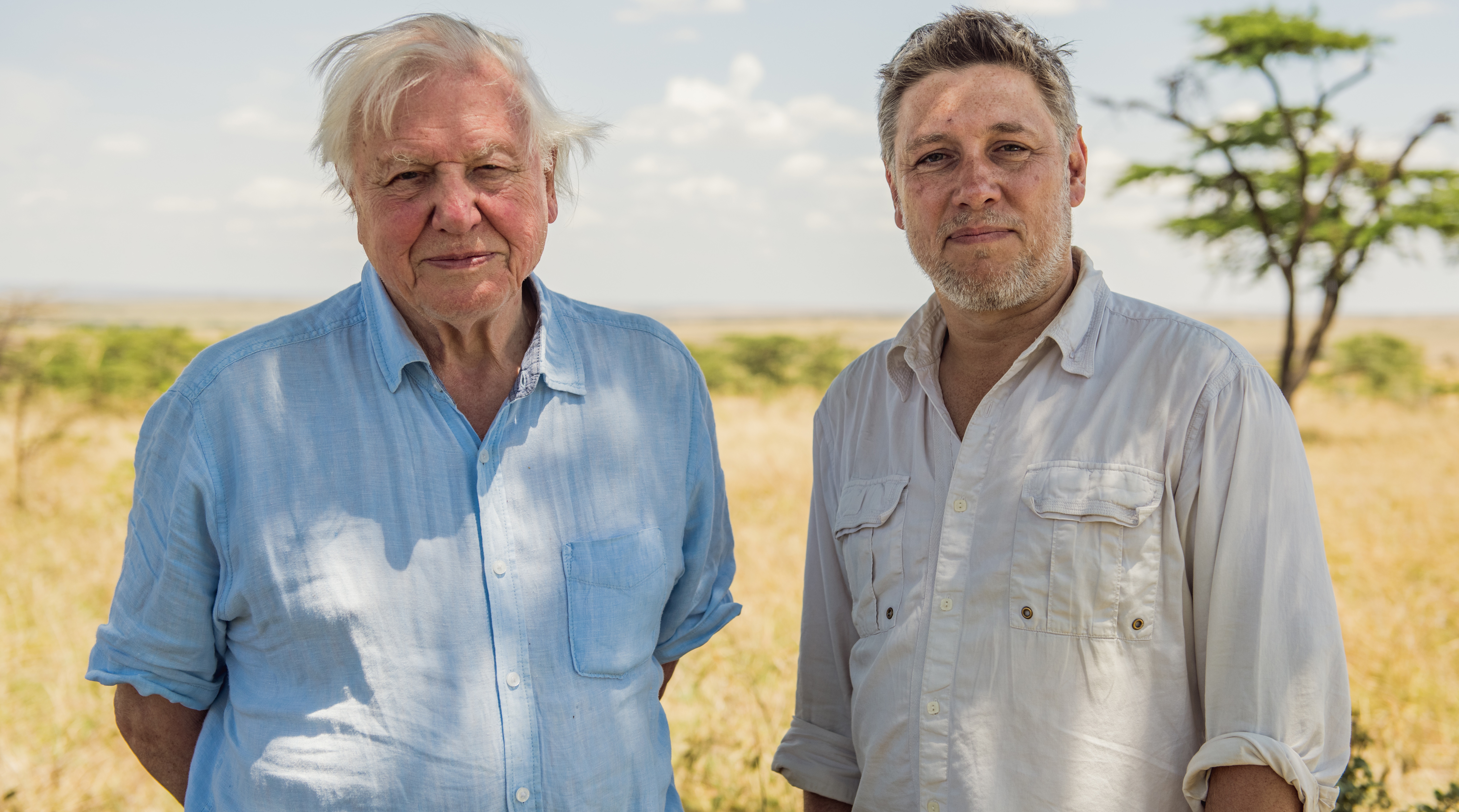 Attenborough may have some way to go to win the Monbiot seal of approval. But, like a giant ocean liner changing course, he has become increasingly outspoken on everything from global warming to overpopulation.

“He’s decided that this is the sort of thing that he wants to pursue,” says Jonnie Hughes (above, right, with David Attenborough in the Maasia Mara, Kenya) director and producer for multiple award-winning Silverback Films – one of the biggest beasts in Bristol’s vast natural history filmmaking jungle.

Hughes has worked with Attenborough for many years, as producer/director on the BBC’s BAFTA-winning The Hunt and, most recently, on Silverback’s landmark Netflix series Our Planet, which notched up an incredible 100 million viewers in its first month. The latter, he says, was a game changer, addressing one of Monbiot’s key criticisms.

“It stated where the world is at now. The natural history genre has always been timeless. Those lions catch those wildebeest as they always have done. But Our Planet changed that. It was talking about what’s happening now – and how the lions might still be doing that, but they’re doing it in quite a restricted area. We then saw an opportunity to go further with this messaging. It coincided with Sir David, who’s now 93, being in a reflective mood.”

The result is a documentary that he describes as “the most important film I’ve ever been involved with”.

As the title suggests, David Attenborough: A Life on Our Planet is an authored departure from those ‘blue chip’ natural history series. “The film was always intended to be a much more personal view in which we portrayed something of his unique life and perspective on the crisis and how to get out of it.

“An important aspect of the first third of the film is the dawning realisation David had, that things were going catastrophically wrong. He’s very keen to point out that he had no foresight of that. He was finding out along with everyone else. Some people saw the light, but could have easily been denounced as kooks. Back then, you were a hippy if you talked in those ways.” 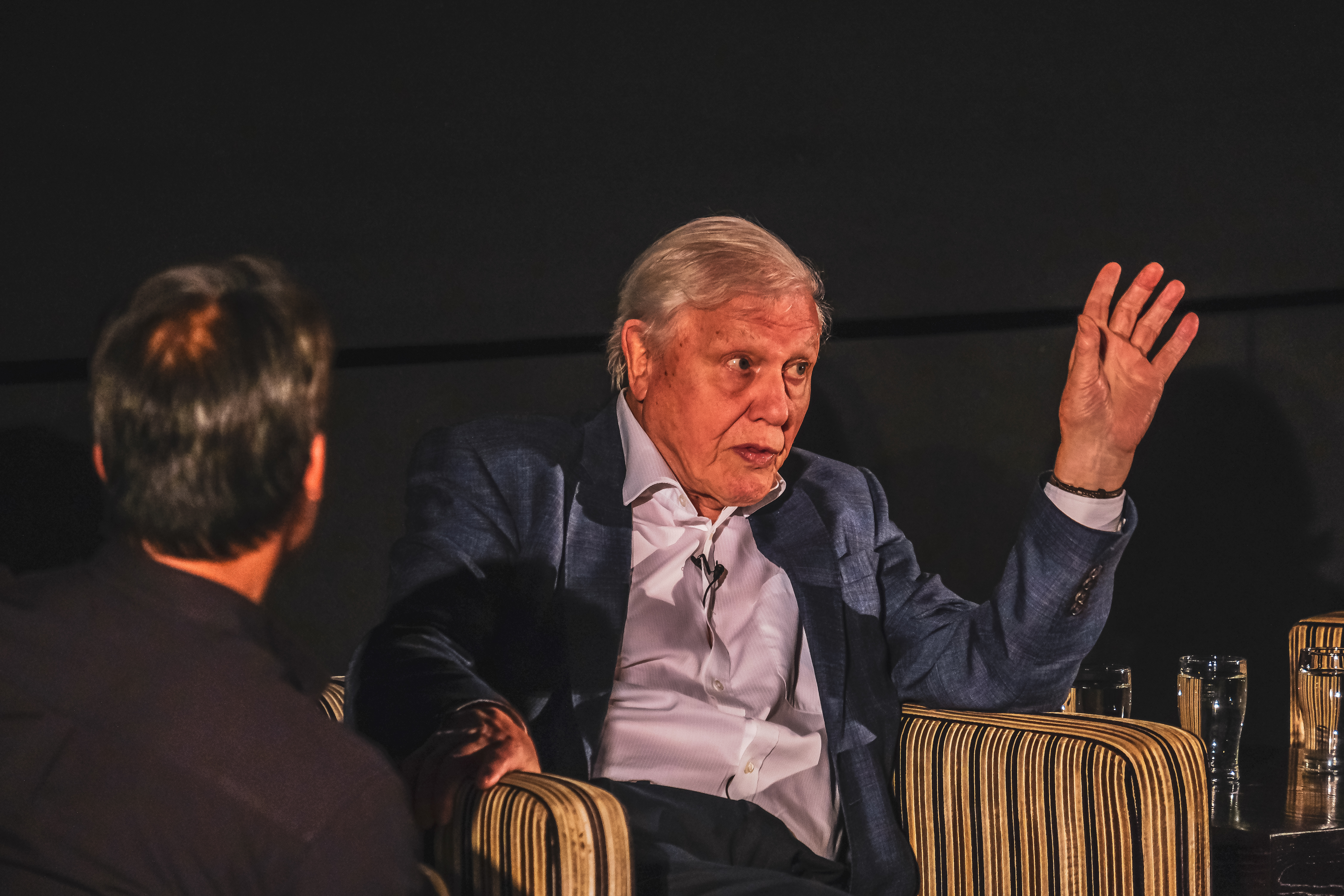 Hughes is quick to point out that Attenborough was including environmental messages in his documentaries as far back as 1979’s Life on Earth series. But he acknowledges that there was previously a certain Reithian restraint. “When he was working with the BBC, he felt that his opinion was secondary to getting across the wonder of the natural world and the science behind it. It was a very public-service ethos. Whereas Netflix is a commercial enterprise and he’s got more of a right to put across, as the author, his position. These are not simply his opinions. The other thing he’s very careful to do is present science.”

So can we expect natural history filmmaking to take further steps in this direction in future? “I don’t think it will be the only thing,” Jonnie says carefully. “Audiences like variety. This is something that’s being debated a lot in many offices in Bristol at the moment: how much conservation or environmental content should we put into our series? Traditionally, the last episode would be the conservation episode. Then Blue Planet II started weaving more into each episode. With Our Planet, that went further. But I think it’s still perfectly valid to go out and make series about the lives of animals and plants.”

With the quality bar set so high, the pressure is on filmmakers to capture ever more astonishing, previously unseen images of animal behaviour. It’s always fun to ask them about their own personal Holy Grails. Hughes prefers not to discuss his on the record, but he is keen to emphasise the role of emerging technology. “You’ve probably noticed that there are two nocturnal series coming out of Bristol. That technology has only been around very recently and it’s getting better every year. So there are new stories that new technologies can allow you to tell. 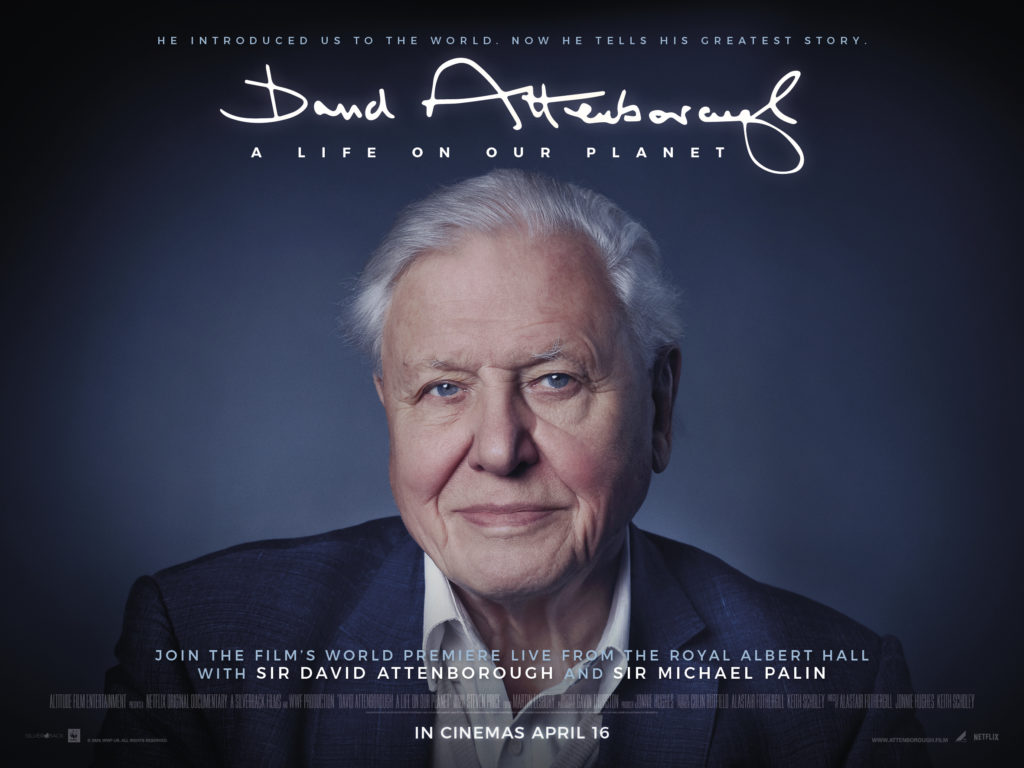 “Something I’ve also noticed in my career is that the ways in which animals behave with humans changes too. So a big sequence in Seven Worlds, which was recently done by the BBC, was the mountain pumas in South America. They filmed them close up, they filmed them with a drone and they filmed them during the day. All of that stuff would have been impossible until recently. You now have cats down there that have never been shot at, because they’ve been under protection for several generations. That’s partly why we get such great photography these days, because they don’t associate us with danger. Which is a wonderful thing.”

I can’t let him go without addressing the rather large elephant in the room. In order to make all these important documentaries about how we’re destroying the planet, it’s necessary for filmmakers to take lots of flights in planes that emit vast quantities of CO2 which, er, helps to destroy the planet. “Yeah, it is a huge problem. With this film we were able to use a lot of archive, so we went out just to supplement that. We recorded all our flights and, through WWF, managed to carbon-offset them as well, so we’re doing our best to offset the damage that we’re doing. But I think out of all of these things to solve, flight is one of the trickiest. It’s a little like the current discussion about meat. A lot of us in wildlife filmmaking are going to be taking fewer flights, just like we’ll be eating less meat.”

A collaboration between Netflix, Silverback and WWF-UK, David Attenborough: A Life on Our Planet is released on Netflix later in the spring. A planned premiere at the Albert Hall on April 16, broadcast live to cinemas, has been cancelled because of the coronavirus pandemic.