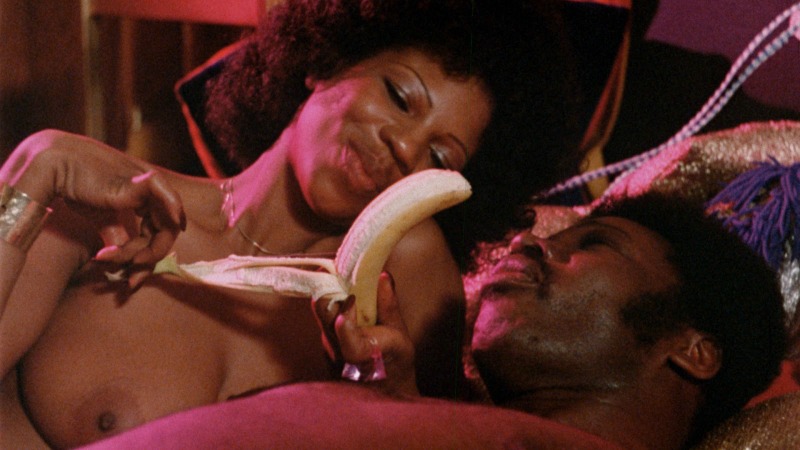 Bringing together the city’s film clubs and independent venues for a month-long DIY cinema celebration, this year’s Scalarama blow-out takes in Bristol Sunset Cinema’s outdoor shows at Ashton Court, two Star Trek events at the Planetarium, Bristol Bad Film Club’s latest unintentionally mirth-provoking discovery at the Bierkeller, and plenty of other screenings at venues including The Cube, The Arts House, Wardrobe Theatre and Clevedon’s historic Curzon cinema. Here’s a brief round-up of highlights to watch out for:

We’ve mentioned these screenings before, but there are still a few tickets left for everything except The Goonies on Sept 2. Take your pick from Close Encounters of the Third Kind (Sept 4), The Lego Movie (Sept 23) and the great Starship Troopers (Sept 24).

Three dancers shake their booty – quite possibly right on down to the ground – across the streets of New York in this feature-length music video. Should you feel inspired to join in, there’s what is promised to be a “rump-shaking after party” at Old Market Assembly.

Billed as Britain’s answer to Metropolis, this 1929 sci-fi flick is set in the futuristic world of the 1950s, when the United States of Europe comes into conflict with the Empire of the Atlantic States. It’s all being orchestrated by sinister arms manufacturers, who spark conflict by financing a terrorist group to blow up a rail tunnel under the English Channel. The film was originally released in both silent and sound versions. In partnership with South West Silents, the Curzon’s screening of a silent print has live piano accompaniment by Andy Quin. On the same day, the cinema has a Scalarama open day and is also screening Francois Truffaut’s The 400 Blows.

The Seventy Seven Film Club presents Japanese director Toshio Matsumoto’s mind-bending horror mystery in which an insane chap is treated by two doctors who may or may not be bonkers themselves. Other Scalarama cult film screenings at the Arts House are Mystics in Bali (Sept 13), La Rabbia (Sept 20) and The Fifth Seal (Sept 27).

A pair of cult ’80s South East Asian horror flicks introduced by Pete Tombs from Mondo Macabro. In the Indonesian Terminator rip-off Lady Terminator, the pesky spirit of an ancient spirit possesses the body of a young anthropology student, casing her to come over all murderous. The Filipino flick The Killing of Satan is the tale of a fella who takes on Beelzebub himself in a ‘battle of magic’ to rescue his daughter.

George Sanders (y’know – the voice of Shere Khan in Disney’s original animated The Jungle Book) topped himself shortly after playing a creepy butler in this psychedelic, heavily Clockwork Orange-influenced biker zombie flick from 1972, which may or may not tell you something. It’s the enjoyably daft tale of a psychopathic teenager (Nicky Henson) with a pet frog who makes a pact with Beelzebub to become an actual Hell’s Angel. One by one, his bike gang commit suicide so they can return as zombies for further undead ton-up fun. Beryl Reid plays his devil-worshipping mum. The cast also includes Robert Hardy, Bill Pertwee and Dot from EastEnders (June Brown, for it is she).Tenuous local trivia note: director Don Sharp’s late son Jonny Dollar produced Massive Attack’s Blue Lines album and co-wrote Unfinished Sympathy. He also worked with Portishead.

Hellfire Video Club: The Human Tornado at the Cube (Sept 30)

This enjoyable, utterly bonkers 1976 blaxploitation flick is actually the sequel to a film called Dolemite. Rudy Ray Moore plays portly stand-up comedian Dolemite, who returns home from a successful tour eager to party. But the local redneck sheriff figures that any gathering of blacks must be up to no good, so he busts up the booty-shaking, only to find his own wife in bed with the chubby seducer. Naturally, he shoots her dead and frames Dolemite, who hides out at Lady Bee’s strip joint. But Lady Bee’s ladies are now under the control of the Mafia, which means our jive-talkin’ sexual dynamo of a hero has his work cut out taking on honky cops and gangsters alike.

“It’s a true joy to see so many film events happening in and around Bristol, there is definitely a huge film loving community here,” says Tara Judah, Co-director at 20th Century Flicks and Bristol’s Scalarama Co-ordinator.  “It’s wonderful how we’ve all pulled together to celebrate cinema-going and big screen entertainment.”