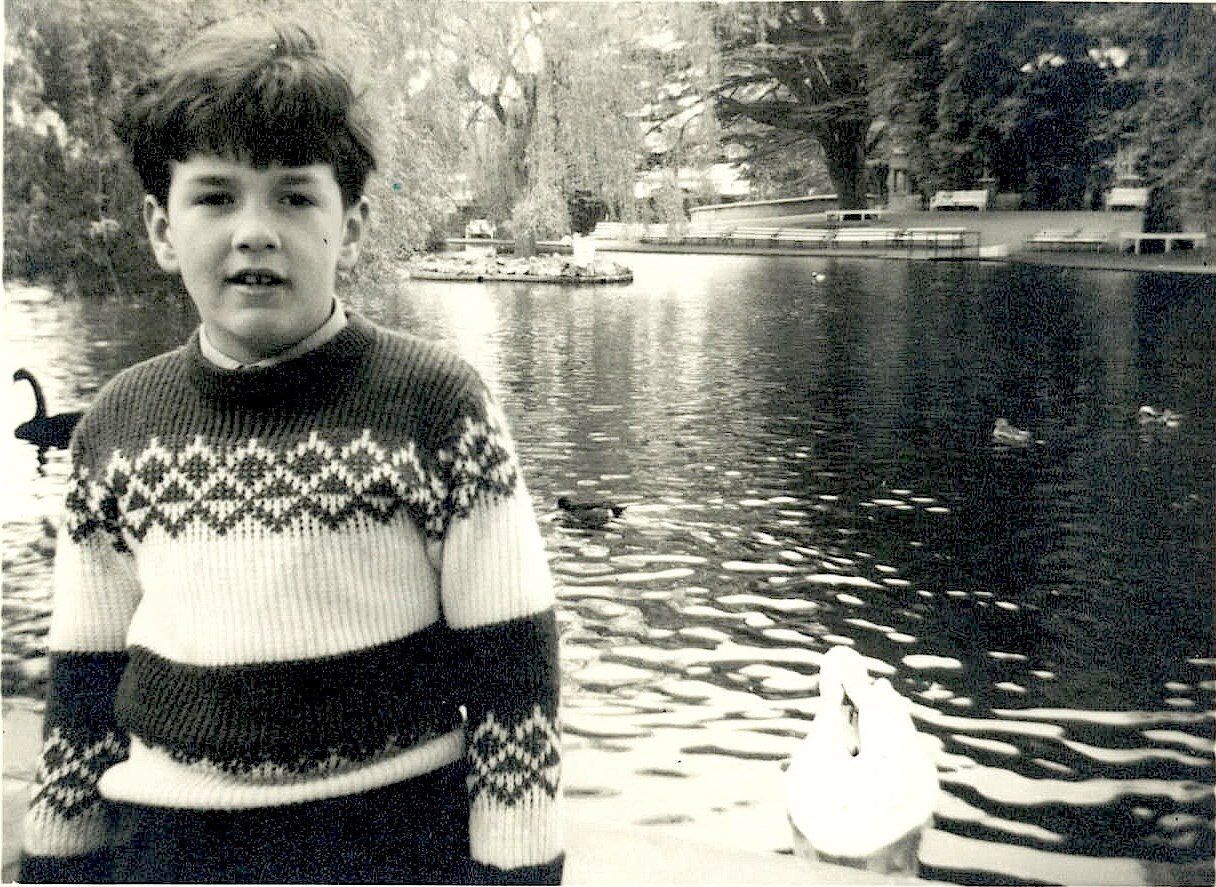 It is July 1987 and Bristol Community Festival is on at Ashton Court Estate. Across a couple of stages, local bands are playing noodly guitar solos to a warm crowd. Thirty-one-year-old Ken Hallett is part of the 20,000 people drawn in by the free music over the weekend, watching Jonah and the Wail, The Brilliant Corners and The Flatmates.

It might have been a bite from a deer tick, hidden in the long grass; perhaps an infection picked up in the proximity of the crowd. No doctor was ever able to pinpoint what caused a feverish virus, which set in the next day. “I was on my back like a beetle and I couldn’t get up,” recalls Ken, now 64. “I was all seized up like I had arthritis. I was in a real mess. I was feeling about 90 years old, not able to get up out of bed.”

Long after you’d expect a virus to clear up, Ken wasn’t getting better. After six months doctors were calling his condition post-viral fatigue syndrome. A later label of chronic fatigue syndrome, or myalgic encephalomyelitis (ME), was an exclusion diagnosis.

“I didn’t know that was going to be permanent; a 33-year sentence,” Ken says. “Most people with ME get better within a year. The longer it goes on, the less likely you are to have a spontaneous recovery. This is half my life gone now. I wake up and always feel the same. After 10,000 days you think, ‘be realistic’ – it’s not getting better.”

Ken went to bed after the festival a fit young man: a creative spirit used to writing poetry, playing squash and going for runs. He woke up on the first day of his new life, placed under lockdown by his own body. 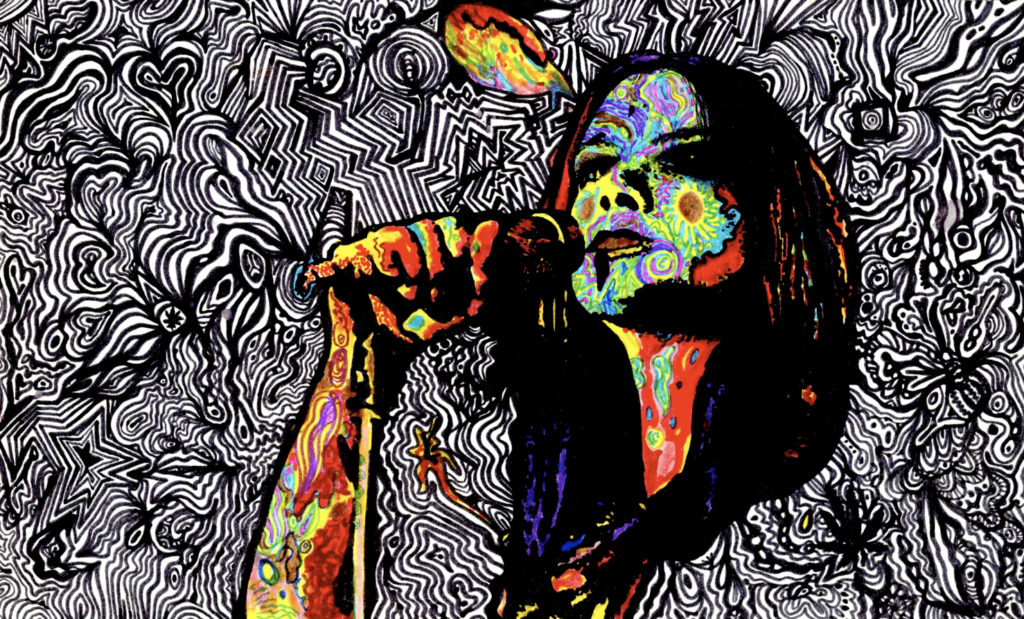 Ken Hallett is an artist and poet who now shares his work online. Image courtesy of Ken Hallett

The coronavirus pandemic and subsequent UK lockdown have held up a strange mirror to Ken’s life. “It’s really weird seeing the world reflect my lifestyle,” he says during our first conversation in April, when Bristol is as empty as a ghost town. “For the first time in 30 years there are more people living like me than I’ve ever known.”

Ken rarely leaves his flat in Redcliffe for anything but essential shopping and medical appointments because he has so little energy day-to-day. “I’m so used to being alone it doesn’t occur to me how horrible it is,” he says. “My situation has been universalised – everybody’s stuck indoors and avoiding each other.”

The UK crossed the 100-day Covid-19 lockdown milestone on June 30. We’ve now spent more than three months living with major restrictions, affecting who we can see and what we can do. Rules are being relaxed but the pandemic is far from over, and localised lockdowns could force us indoors again.

In late April, 35 days into lockdown, Kings College London published analysis of 2,250 UK residents who were surveyed for their responses to the coronavirus lockdown. This split the population into three groups: those accepting the ‘new normal’ (48 per cent), those suffering because of it (44 per cent), and those resisting it (9 per cent).

Initially, Ken resisted his poor health as hard as possible. “I tried to exercise myself out of the illness and I made myself worse. I tried to fight my way out of everything,” he says. “I had this idea that men don’t quit. If you get cramp you try to walk it off, you don’t to take to your bed. So I started lifting weights. I was stubborn.

“Because I got ill so young, I always hoped I could go on looking normal. I’m Ken, I’m a person – I just might not feel very well. I didn’t want to look as bad as I felt. There’s a certain ugliness about feeling unwell. I couldn’t accept being an invalid, having been a sporty person. I hated the idea of being a useless lump. I was harder on myself than I would have been on anyone else.” 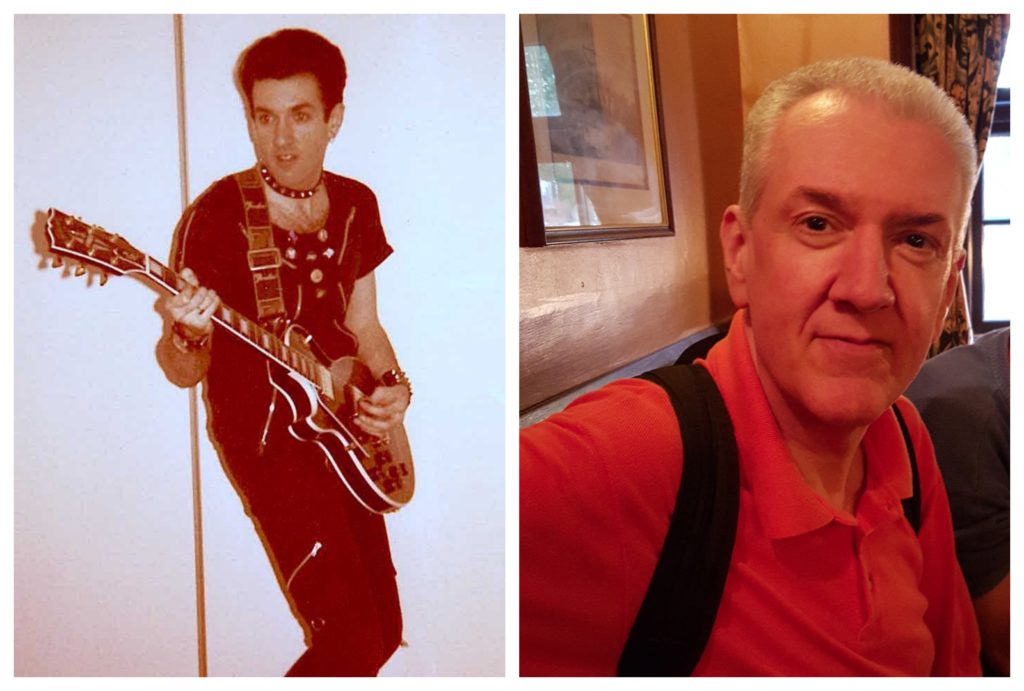 Ken pictured in 1979 and more recently at the King William Alehouse on King Street. Photos courtesy of Ken Hallett

The virus symptoms that came on in July 1987 have never let up. Post-viral fatigue is caused by the immune system not returning to normal after illness, and continuing to produce chemicals to attack an infection. These chemicals – cytokines – cause the tiredness and aching muscles we feel when unwell. Usually post-viral fatigue lasts a few weeks or months and then naturally improves, but for some it can become a chronic and incurable condition.

Each day, Ken experiences light and noise sensitivity, dizziness, brain fog, exhaustion and pain. “You have to force yourself to do anything,” he says. “It’s difficult to cope with because your system is overloaded. You look normal, but it’s an invisible disability.”

ME has no diagnostic test, nor any approved therapies or medications proven to make it better. An estimated 17 million people worldwide are living with ME – the same number estimated to have been infected with Covid-19 at the time of writing. That could be set to rise dramatically: a study of people who recovered from SARS, another coronavirus, during the 2002-2004 outbreak in Hong Kong, found that over 40 per cent reported chronic fatigue four years later.

“It puts a barrier up between you and other people if you’ve got an illness that’s the first thing people learn about you,” Ken says. “They meet you through the veil of your illness. This current Covid-19 hysteria has brought all these thoughts into my mind. It mirrors the horrible coldness of social distancing: I’ve had people cross the street like I was a plague-sufferer.” 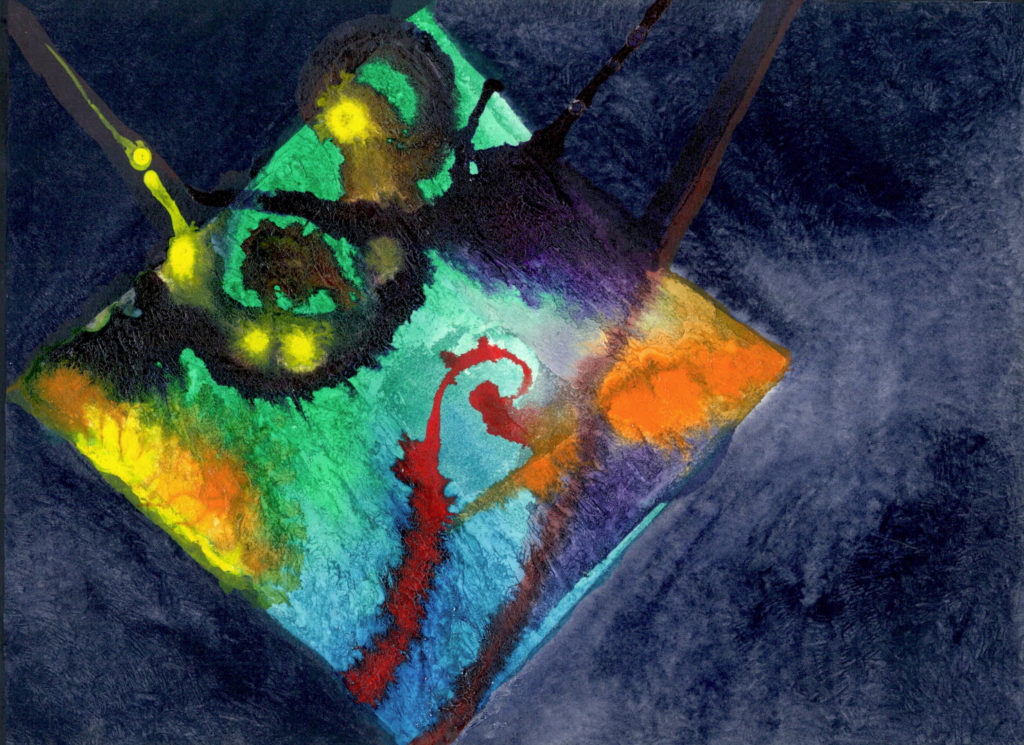 An example of Ken’s more abstract artwork, created after he fell ill with ME. Image courtesy of Ken Hallett

Three years ago, after finding a book about blogging, Ken set up a website to share the creative work he has made throughout his life. He wrote his first poem, The Mist Shape, in 1968 when he was 12, and has continued to write throughout his life, often on the subjects of feeling lost, isolated or depressed.

Ken was also a prolific artist as a teenager, using felt-tip pens to swirl psychedelic visions across the page that came into his mind fully formed. After becoming ill he picked up a brush once again, developing a more abstract form of expression in his 30s.

“My writing and art are the only things I have to leave behind, because I had no children,” Ken says. He was born in Southmead, and grew up as an only child in Henbury and then Brentry. “I’m the last of the family line. I didn’t want everything to come to a complete end. My blog is a memorial of my lost life and I’m trying to preserve it.

“I blog against oblivion. It’s about resisting social disappearance and exclusion, and expressing the art of lostness: from a lively mind, trapped in an unhealthy body.” 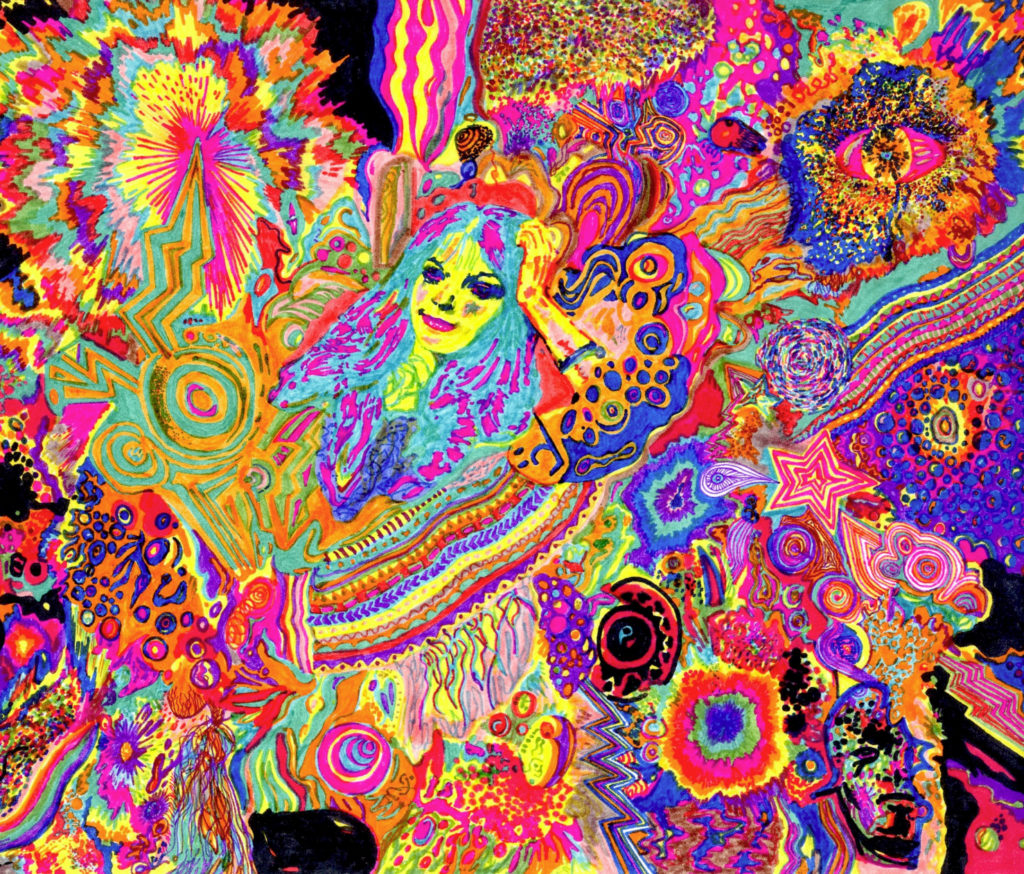 A piece of psychedelic art that Ken created when he was 16. Image courtesy of Ken Hallett

The blog has been steadily gaining readers from around the world over the years, mostly from America. Perhaps because we’re spending more time at home – and online – during the pandemic, Ken’s follower count has spiked. In a time when we’re all being kept apart, the online world of his blog has never been so popular.

“I just want to have some kind of relationship with people – people who leave me comments,” Ken says. “They ask me how I’m doing. I’m interacting with people online but I don’t talk to my own neighbours.

“If you don’t want to disappear and you want people to remember you, it’s quite stressful. If I don’t do anything I’m just going to be a forgotten man. I’m fossilised in the act of disappearance.”

Read Ken’s poetry and see his artwork on his blog: www.kenhallettblog.wordpress.com