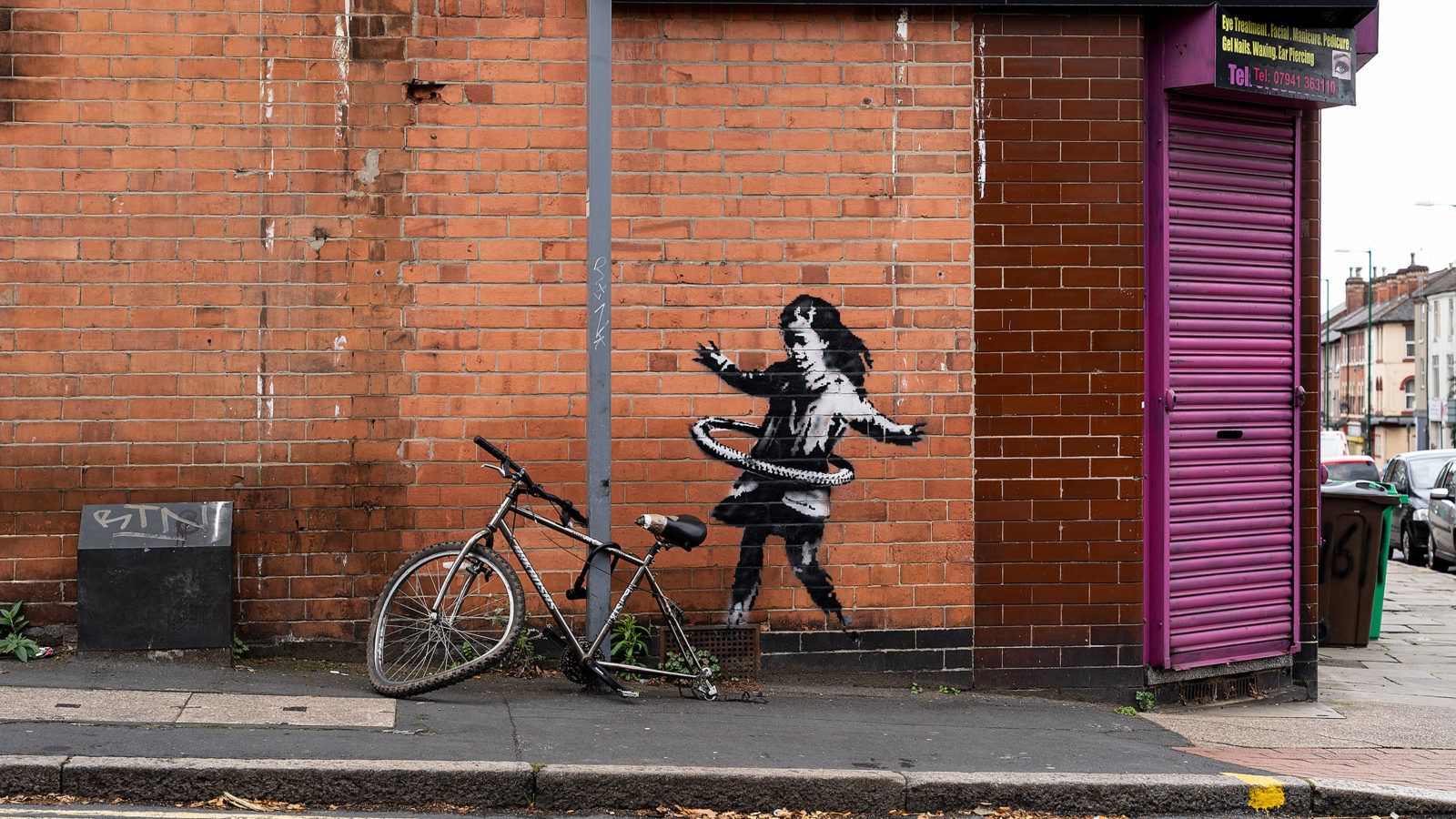 After days of speculation, Banksy has confirmed that a stencil of a girl hula hooping with a bicycle tyre is his work.

The artwork is on the wall of a hair and beauty salon in Nottingham, on the corner of Ilkeston Road and Rothesay Avenue.

According to a report in Left Lion on Thursday, the work is believed to have been there for two or three days, but the artist only confirmed its provenance on Saturday morning by posting photographs on his official website and Instagram account.

The piece is of a girl hula-hooping a bicycle tyre, next to a post with a broken one-wheeled bike attached to it.

In their report, Left Lion speculates that Nottingham could have been chosen by Banksy as the city remains the highest in the country for coronavirus infection rates.

Lenton, the area of Nottingham where the stencil appeared, also has a long association with Raleigh bicycles.