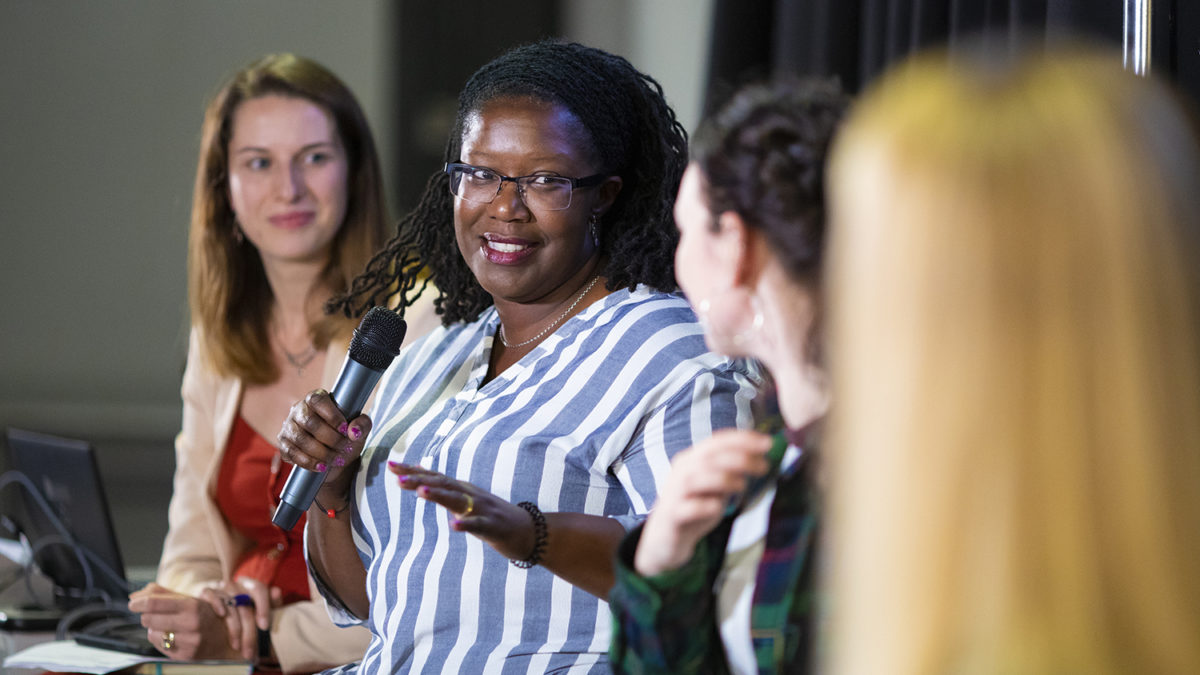 If there is anything the four entrepreneurs at Engine Shed one recent Monday have in common, it’s their unconventional routes to successful careers in tech.

Speaking about their work in STEAM (science, technology, engineering, arts and mathematics) and challenges along the way, the panellists were brought together for an event aimed at inspiring the next generation of womxn and girls.

Organised by Engine Shed and SETsquared Bristol, the discussion was held to celebrate Ada Lovelace Day, the woman who is widely regarded as the first ever computer programmer. 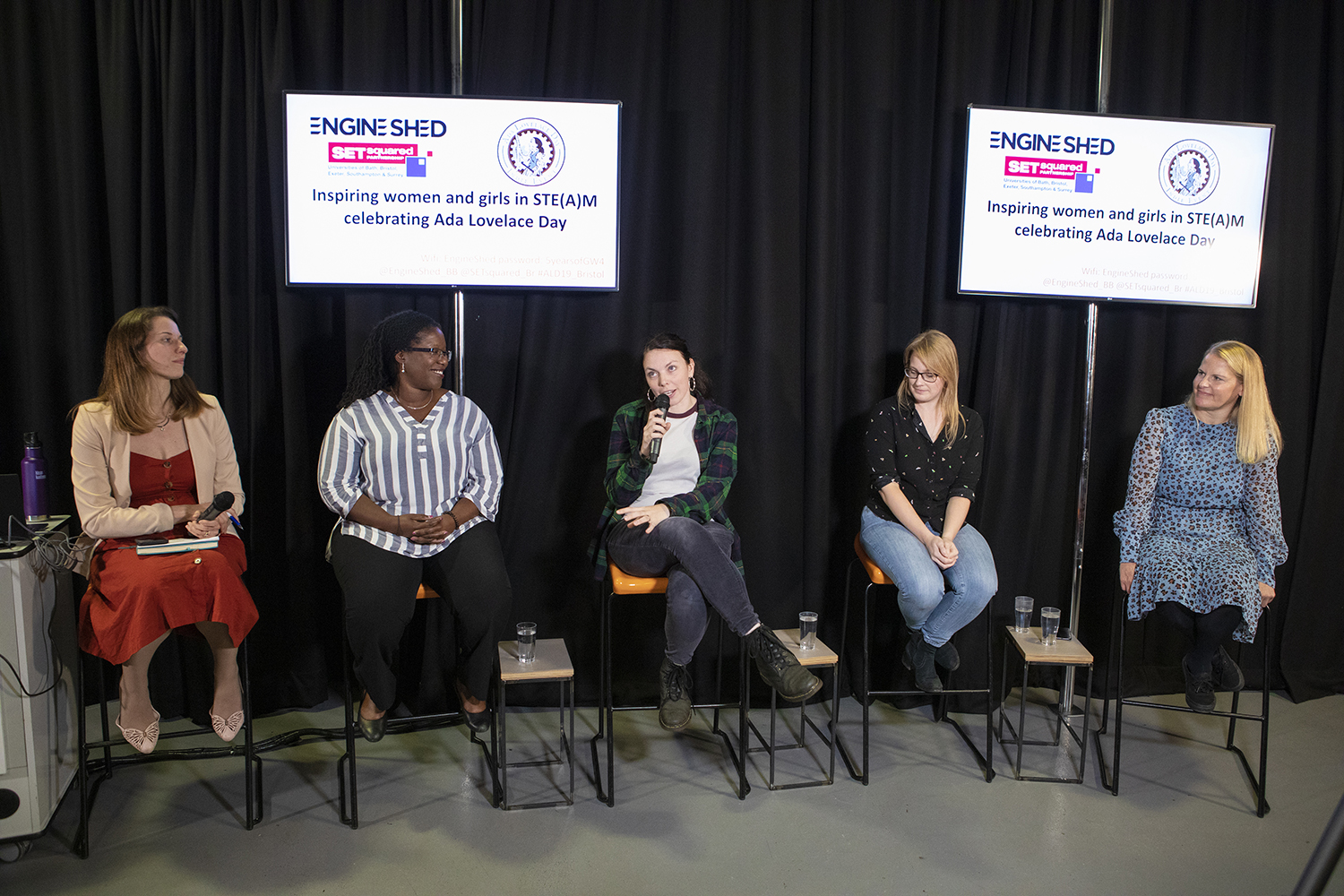 Inspiring womxn and girls in STE(A)M. Photo by Jonathan Rowley

“It’s never too late to learn to code,” concluded Monika Radclyffe, the director of SETsquared Bristol, who was chairing the panel, following the stories of how the four STEAM entrepreneurs got into tech.

Angela Loveridge, the founder of Cyber Scholars, first became interested in computing in school – at a time when there was only one computer to share among everyone – but she did not follow that path as a career for some time.

“I went to see my deputy headmaster and his advice to me was aim lower. He said to me ‘you’ve done your best, I suggest you go and get yourself a job in a supermarket’,” said Loveridge, speaking about the advice she was given following her A-levels.

The entrepreneur went on to teach herself to code through a distance learning course and set up Cyber Scholars, which helps children and young people to flourish online, preventing cyber curious teenagers from getting criminal records. Her aim is to make the next generation tech-savvy and ultimately employable within the industry. 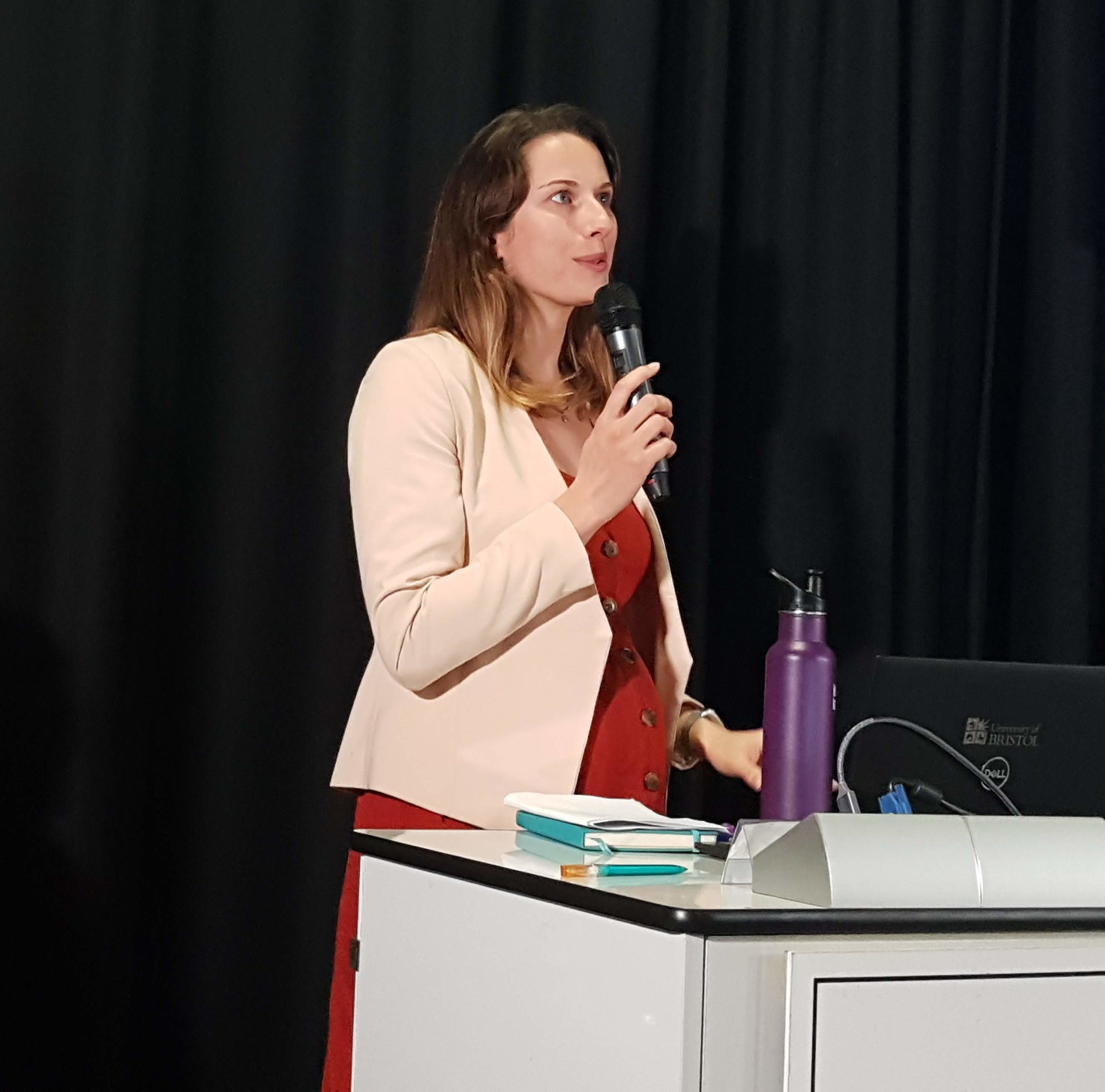 Helen Tanner is the founder of Data Cubed, a company that uses data analytics to help firms save money. She got into coding on the job, havind studied oceanography, Tanner went on to work for the MET Office, where she collected data from all the meteorological buoys.

Speaking about what drives her to succeed as an entrepreneur, Tanner said: “What motivates me is a purposeful project. Coding for the sake of coding does not interest me at all, so it’s finding what motivates you.”

Helen Lloyd, co-founder of Xavier Analytics, is currently making waves in the fintech world with her startup that provides a toolkit for accountancies to check the ‘health’ of financial data. She says Bristol, with all of its resources and talent, is a fantastic base.

Speaking about her career journey, Lloyd, who has a masters in neuroscience, said: “I was told I needed maths at a higher level to get any further, but that’s not true because I’m doing it. It was just finding a way that worked for me.”

Natalie Thurlby works in the Jean Golding Institute at the University of Bristol. She first got into tech at a young age, when she set about building a website to showcase her art. Thurlby has turned that hobby into a successful career and she now works in the university’s central hub for data science and data-intensive research. 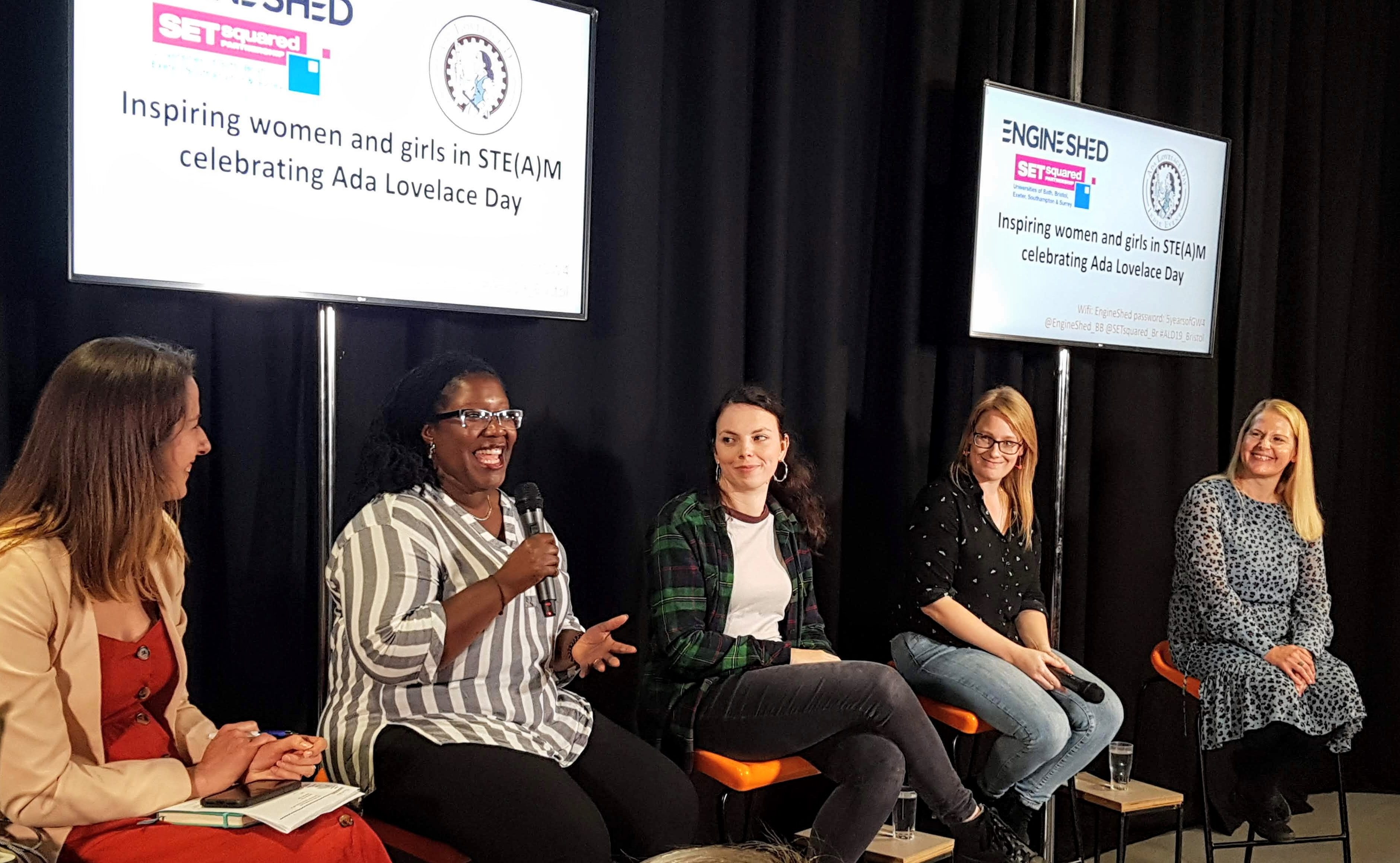 Most of the panellists have overcome challenges along the way 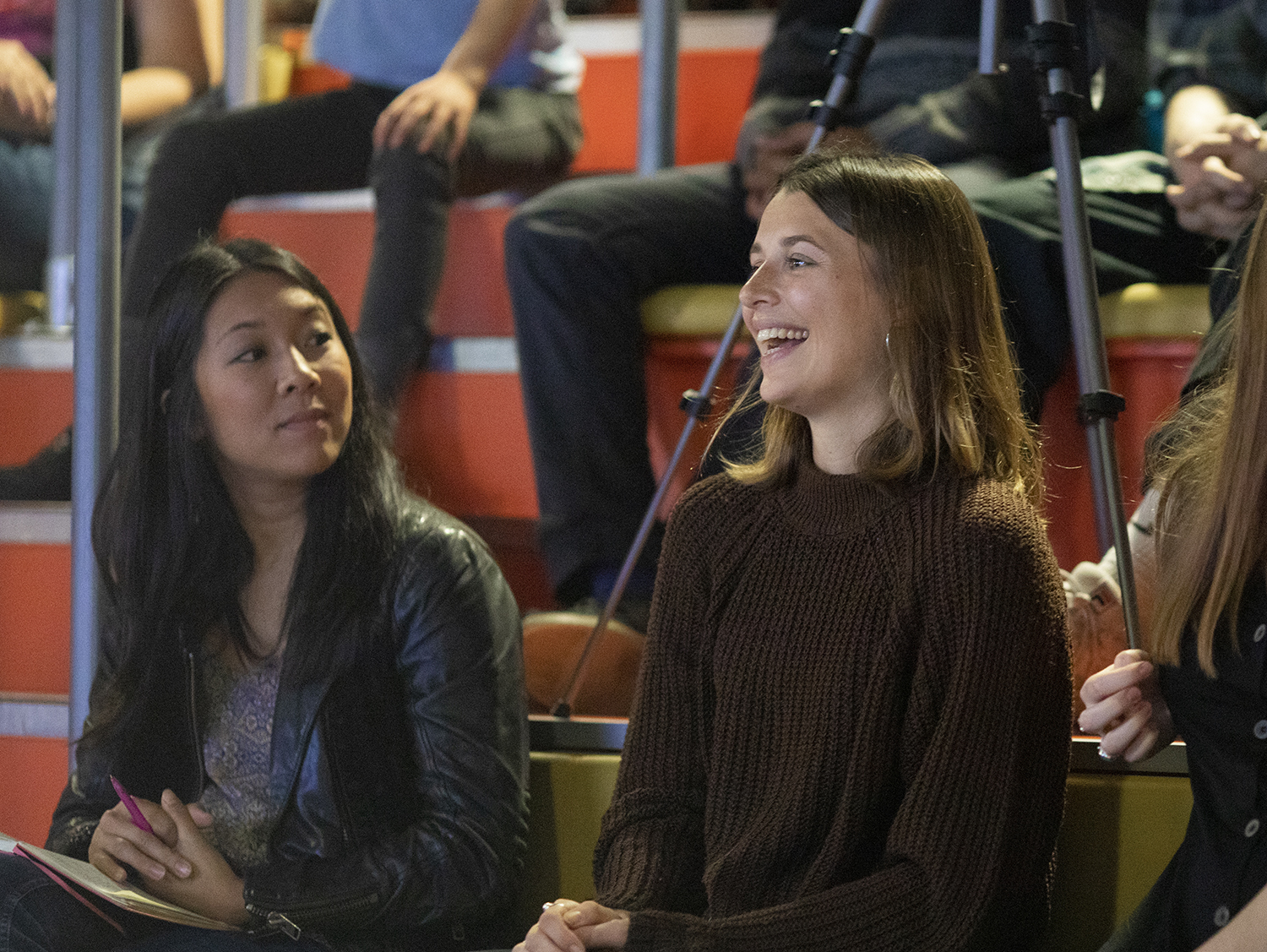 The panellists addressed an audience of people in the industry, as well as aspiring young students. Photo by Jonathan Rowley