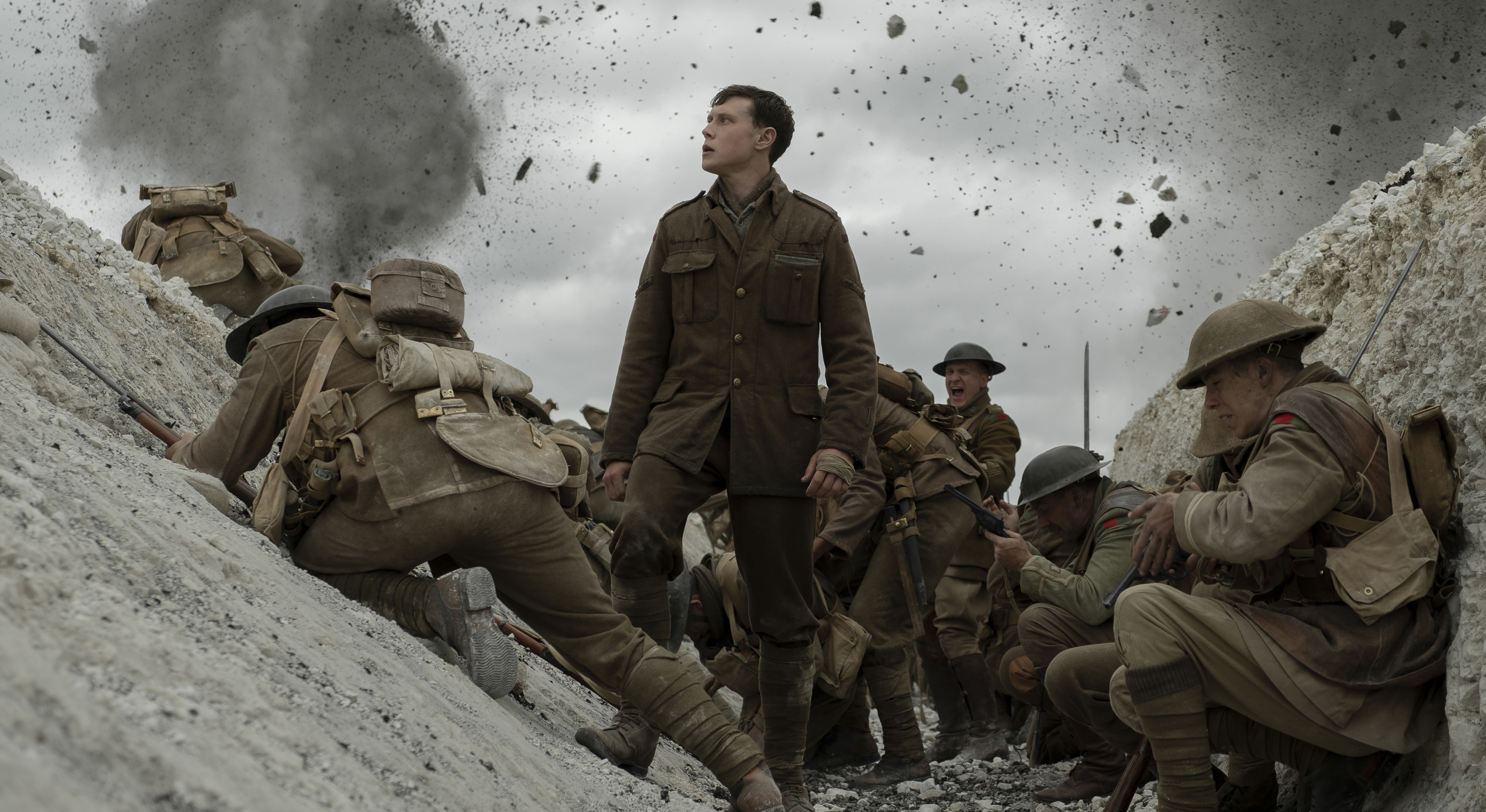 With a title like that, this can only be a WWI flick. It’s Sam Mendes‘s first film as director since the Bond movies Skyfall and Spectre and is based on a story told to him by his grandfather.

In what appears to be a suicidal mission, Brit squaddies Schofield (George MacKay) and Blake (Dean-Charles Chapman) scurry across enemy territory in northern France in broad daylight to deliver a message that could save hundreds of British lives. Just to make the stakes a little higher, Blake’s brother is likely to be among the casualties if their warning about an imminent ambush doesn’t get through. Something of a WWI counterpart to Christopher Nolan’s Dunkirk, this tense thriller unfolds in real time in a single, uninterrupted shot by ace DP Roger Deakins. Watch out for Colin Firth and Benedict Cumberbatch as the brass. Go here for our full review.