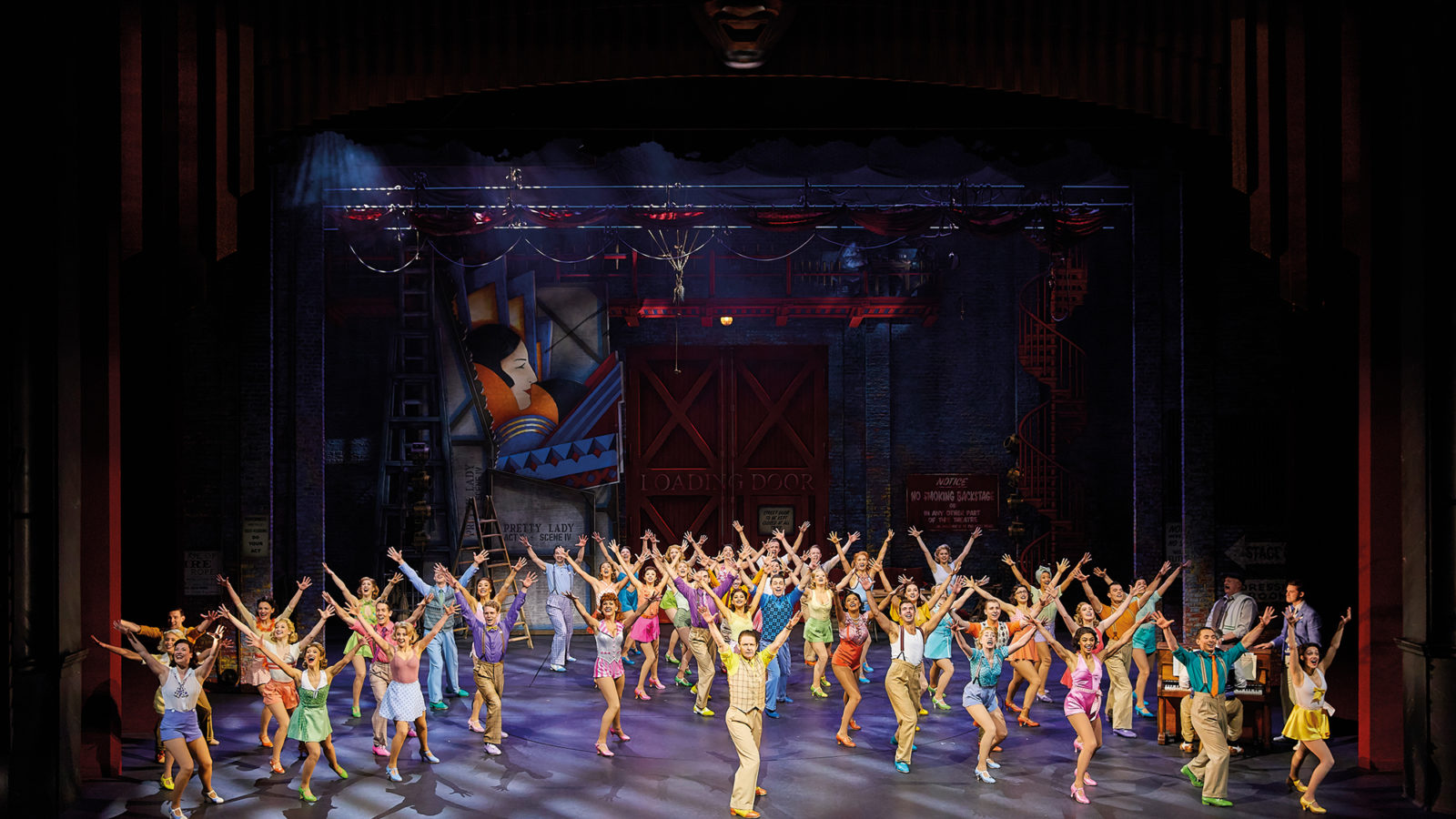 Bonnie Langford stars in what’s billed as the largest-ever staging of the glitzy Broadway musical. Should you be unfamiliar with this one, it tells the story of talented young Peggy Sawyer, who sets out to become a star on, erm, Broadway.

The musical was filmed live at London’s Theatre Royal, Drury Lane. Croon along, if you must, with such choons as 42nd Street, We’re In The Money, Lullaby of Broadway, Shuffle Off To Buffalo, etc.