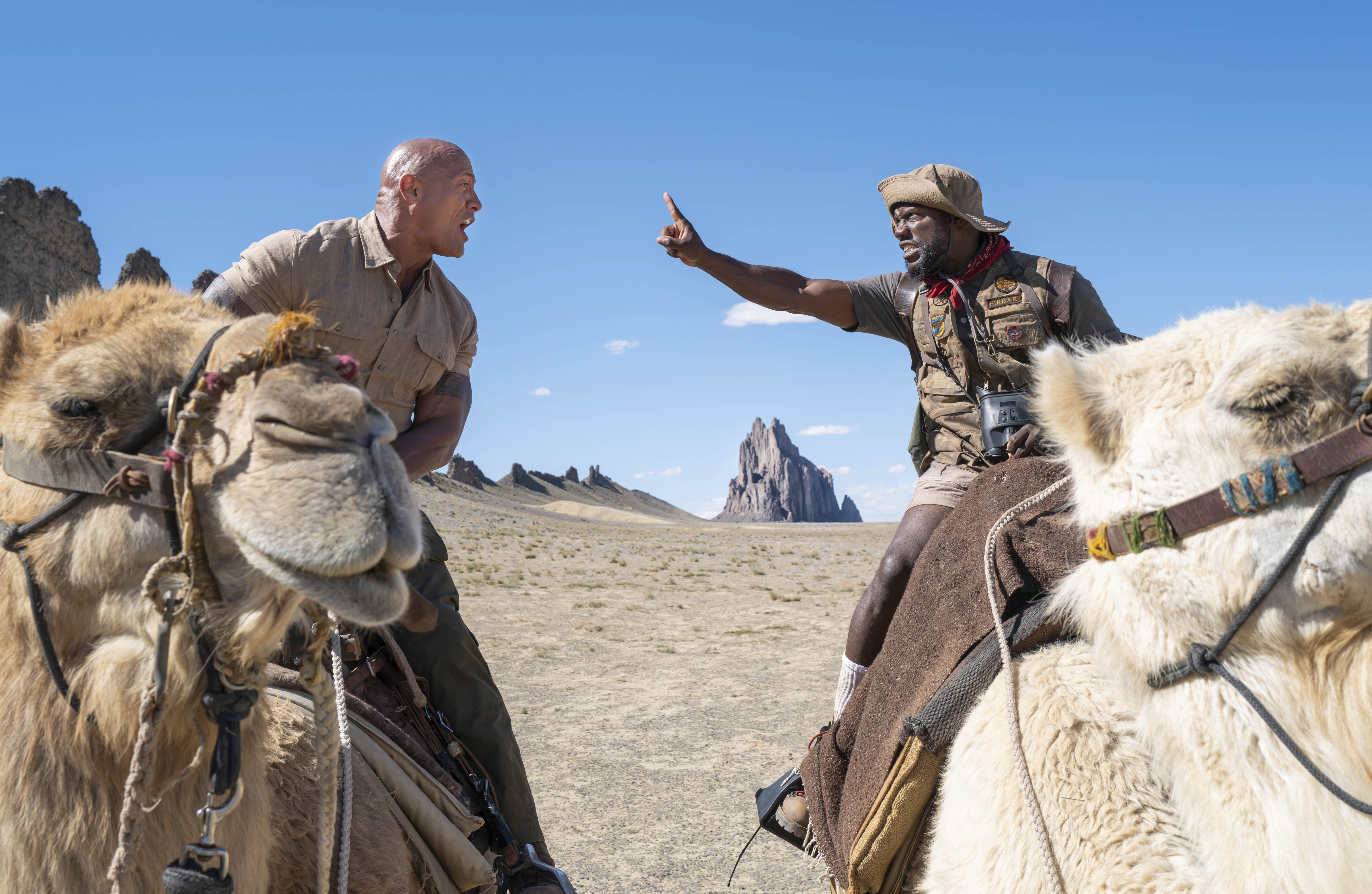 Technically the fourth instalment in the Jumanji franchise, though nobody remembers or bothered going to see the original 2005 sequel Zathura: A Space Adventure, this one re-unites most of the cast and crew behind the 2017 global mega-hit Jumanji: Welcome to the Jungle.

That one ended – spoiler alert! – with the Jumanji game being destroyed. But you can’t argue with a worldwide gross of $926 million, so it now transpires that Spencer (Nick Jonas) managed to stick it back together again and has disappeared. That means all the gang (Dwayne Johnson, Kevin Hart, Jack Black, Karen Gillan, etc) must get back together for another lucrative romp through Jumanjiland. Jake Kasdan is at the helm once again and newcomers to the cast include Danny DeVito as Spencer’s cranky granddad, Danny Glover as his equally crumbly chum, and rising star of the year Awkwafina in an undisclosed key role.